The 10,000-step trend helps people get active in order to meet their daily goal, but the number itself has no special scientific significance. Walking 5,000 steps uphill might provide the same amount of exercise as 10,000 steps on a flat plane.

The famous Greek physician Hippocrates said, “Walking is man’s best medicine”. The fitness trend of walking 10,000 steps a day seems to have taken that advice to heart. With Fitbits, smartwatches and phones, people can now track their steps throughout the day. Some may even pace around aimlessly to meet this seemingly arbitrary goal.

Did we arrive at the number randomly or was it determined through science? Well… neither. It all started in 1965 when a Japanese company, Yamasa Clock, developed a pedometer called the “Manpo-kei”.

This is the Japanese term for a 10,000-step meter, “man” meaning 10,000, “po” meaning steps, and “kei” meaning system. They used it as a clever marketing tool and it became their slogan. It was trendy, catchy and easy to remember.

There were theories that the word was used because, in Japanese, the character resembles a person walking, but there is no concrete proof to support that. 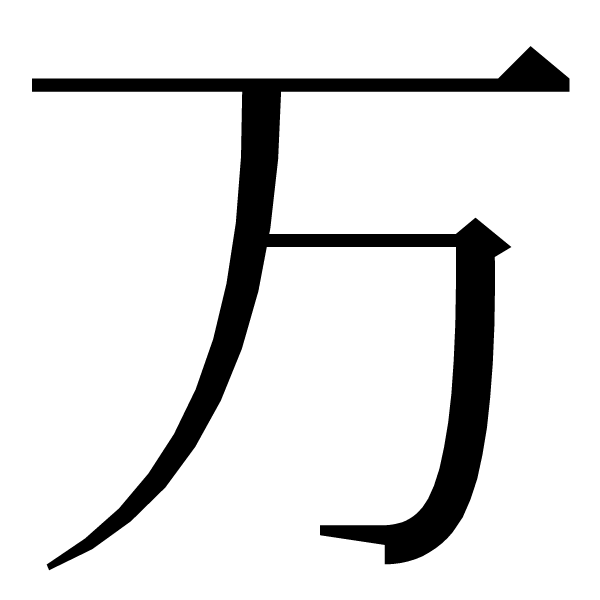 The Japanese character for manpokei.

As it happened, the product was a success, and people were soon striving to achieve their 10,000-step goal each day. Wellness professionals, sports companies and even the WHO supported this trend. 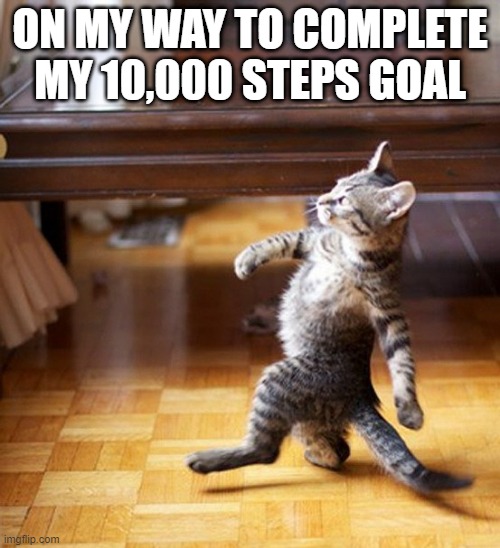 It’s not as easy as it looks.

As the slogan and quantized goal gained popularity, scientists tried to test this claim scientifically. What do you think the results were?

What Does Science Say About Walking 10,000 Steps? 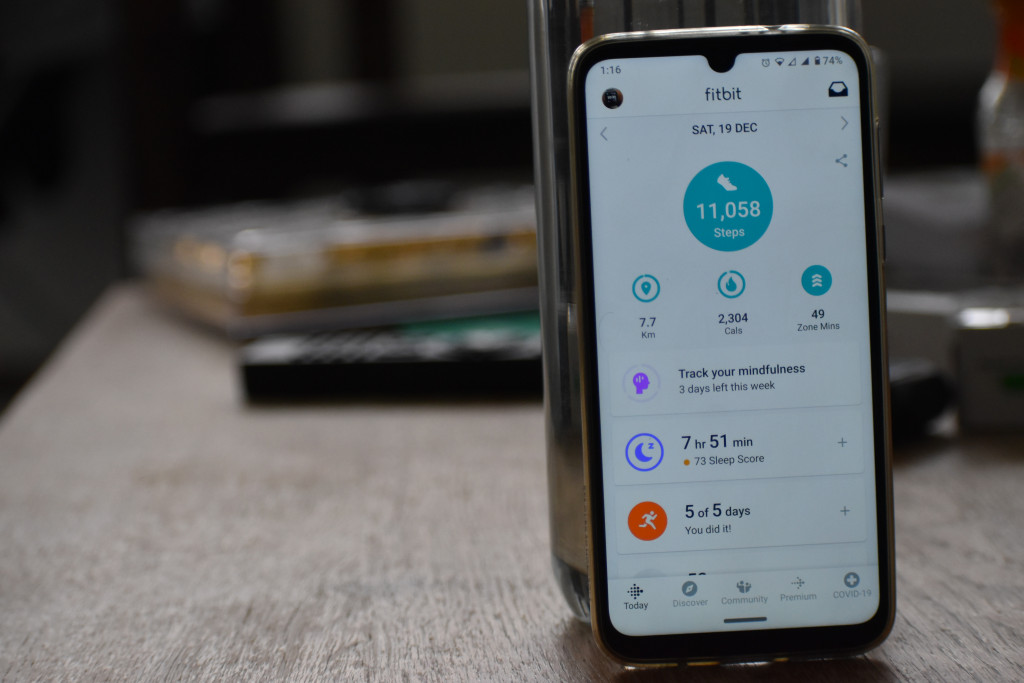 Also, according to international exercise guidelines, it’s recommended to get a minimum of 30 minutes of moderately intense exercise a day. Studies have shown that people who exercised this much have less body fat and lower blood pressure than those who exercised less. Unfortunately, not everyone finds it possible to achieve this daily target, due to our increasingly urban lifestyles.

Also Read: All You Ever Wanted To Know About Calories And Weight

Walking is considered a great exercise form, and there is ever-growing evidence stating that walking is good for health. It reduces the risk of lifestyle-associated diseases like diabetes, obesity, and cardiovascular problems, but the number 10,000 isn’t special. Instead of walking, running would burn more calories, meaning that you’d burn just as many calories in fewer steps.

Just as the Japanese company Yamasa Clock capitalized on the Olympics to market their pedometer and slogan, so too did public health bodies. International bodies like the WHO used this 10,000 steps/day goal to increase people’s energy expenditure. They used the scientific research backing the benefits of walking and exercise to promote the 10,000 steps/day goal.

Research has found that using this step-based goal was more appealing to the public than telling them to walk 30 minutes each day. People are also then more motivated to buy a pedometer and measure their path to 10,000 steps.

But again, there is no concrete evidence suggesting that meeting 10,000 steps a day is the main aim.

How Many Steps Should You Walk?

You’re probably wondering how many steps you should walk throughout the day, but there is no correct answer. The steps don’t matter… the intensity does.

Compare two kids who need to walk 10,000 steps to get to their respective schools and back. However, one has to walk on a straight path and the other has to walk up a hill. While going to school, the kid going to school on the hill will use more energy walking upwards than the other kid. They are both walking 5000 steps, but one needs more energy than the other. While going back home, the kid walking down the hill will have an easier time than the other. Now, both covered 10,000 steps, but the energy they spent will differ.

Moderately exercising for 30 minutes a day burns approximately 150 kcal. Walking 10,000 steps a day accomplishes that and more, but it isn’t the only way to do it.

If you’re finding it challenging to meet this numeric goal, that’s perfectly alright. Walk a little less. If it’s too easy for you, then aim higher! Go at the pace you are comfortable with and steadily work your way up. The aim of telling people to walk 10,000 steps a day is purely motivational so that people try to meet the minimum daily exercise requirements and just generally get active!

Don’t be disheartened that your goal of accomplishing 10,000 steps a day came from a marketing gimmick. It wasn’t all for nothing and, after all, you are reaping the benefits! Research has shown that people who completed less than 5,000 steps/day were at greater risk of developing health conditions. The science supports daily walking, though the number 10,000 is debatable.

One issue is whether the goal is sustainable. Not everyone is able to complete this goal and it’s normal to not reach the mark on lazy days.

Also Read: Is Your Walk As Unique As Your Fingerprint?

Another issue is that this number is low for children. With childhood obesity becoming a bigger problem every day, 10,000 steps simply isn’t enough. They need to be walking more. Girls should be covering 11,000 steps/day, while boys should rack up about 13,000 steps/day for at least 5 days a week. This data applies to U.S. children, but may be similar elsewhere.

Research continues on the best way to motivate people worldwide to exercise and keep at it for better overall health. Just remember, it’s burning kcal that matters, not the number of steps you take!