The North Pole is the top of the world, and is associated with cold weather, Santa Claus, and oil reserves. The North Pole is a thin sheet of ice above the Arctic Ocean, and is difficult to live in because it is dark for most of the year and the ice is in constant motion. No one lives in the North Pole permanently, but people can visit in the summertime.

When someone says the North Pole, there are a number of immediate associations that most people make, including bone-chilling cold weather, the homeland of Santa Claus, rich reserves of fuel, and a few other things, depending on your age, profession, or interest.

The reality of the North Pole is actually quite a bit more complicated, and while oil, ice, and Christmas legends are certainly present, the North Pole probably isn’t what you imagine. 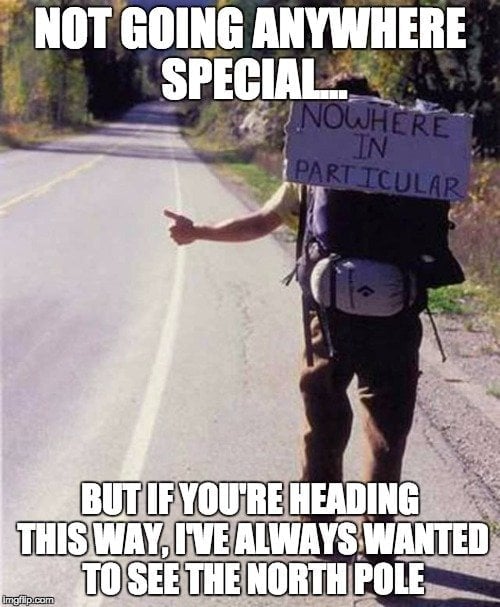 The name “North Pole” suggests a single point, but in fact, there can be different north poles, depending on your perspective. There is the geographic North Pole, where all the lines of latitude (on manmade maps) converge, forming the actual “top of the world”. There is also the instantaneous North Pole, which changes based on the Earth’s famous “wobble”, and is defined as the point where the planet’s rotational axis meets the surface of the Earth.

The sheet of ice in the North Pole expands and shrinks every year during the changing of the seasons, but as global warming continues to take its toll, the ice sheet gets smaller and smaller each summer. 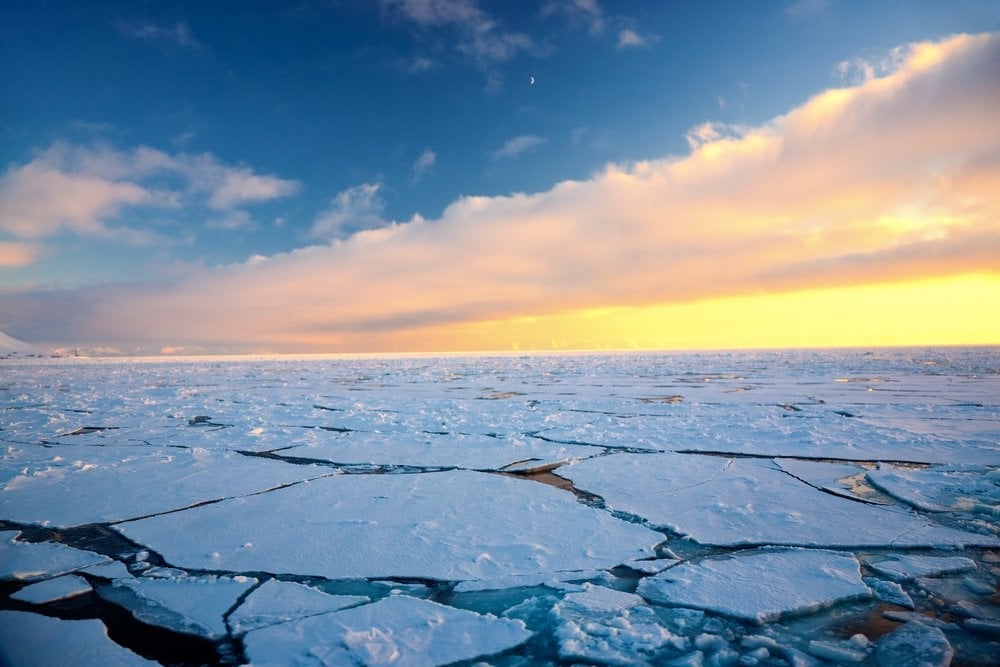 Life In The North Pole

The true geographic North Pole is bereft of vegetation. Trees need soil to flourish. As the North pole is composed of random chunks of ice in close proximity, there is no way that growth can occur. Then there are months of darkness, lasting roughly between October and February, wherein plants wouldn’t be able to survive in the absence of light to carry out photosynthesis for survival.

The North Pole is clearly unwelcoming for plants and trees, but it’s also inhospitable also for animals. Arctic foxes, polar bears and reindeer, which are found in nearby Arctic regions, seldom migrate to the true North Pole due to unpredictable climatic conditions. As the ice constantly moves and even shrinks during the summer, it doesn’t serve as a good habitat for migratory animals. However, even despite these harsh conditions, polar bears, arctic foxes and walrus are occasionally spotted at the true North Pole.

Do People Live In The North Pole?

No one really resides at the true North Pole, not even the Inuit people who dwell in the nearby Arctic regions of Greenland, Russia, Canada, etc. It’s almost impossible to build a permanent home here, as the ice is in constant motion and shrinks significantly in summers. Thus, it is not viable to build permanent structures or establish any sort of community there.

Another challenge of establishing a community at the true North Pole is that there is no availability of potable water. Even the adventurous explorers who come to the North Pole just for a short trip must ensure that there is a sufficient supply of water available to them. Early Arctic explorers had a very hard time keeping themselves hydrated here. The water of the nearby Arctic is too salty to meet day-to-day consumption requirements. In extreme cases, people survived by eating snow. Eating snow isn’t a good thing either and increases the risk of hypothermia, a condition in which the body loses heat rapidly, plunging to alarming or fatal levels.

Compared to the South Pole, the true North Pole gets far less visitors due to all the hostile conditions mentioned above. Between October and February, you’ll barely see any sunshine. The optimum time to visit the North Pole is in a helicopter in April. Another good time to go to the North Pole is around June-July in an ice-breaker ship. That’s the time of year wherein ice in the Arctic is thin enough to be cut by a specialized ship. With the advancements in engineering, the chances of getting stuck in the ice have been significantly mitigated, but that risk always lurks nerby when someone decides to voyage to the North Pole.

Although the true geographic North Pole is particularly hostile, there are some places near the North Pole that people can visit with relatively fewer hassles.

One of such places is Longyearbyen—the northern-most town on our planet. It is around 1,000 kilometers away from the North Pole, and is located in the Svalbard Islands of Norway. The good thing is that a few thousand people actually reside here. Longyearbyen is mostly covered in snow and has a limited network of roads. People need snowmobiles to commute. In fact, there are more snowmobiles than residents in this region! Besides snowmobiles, people also often carry a gun, as this region is home to aggressive polar bears. 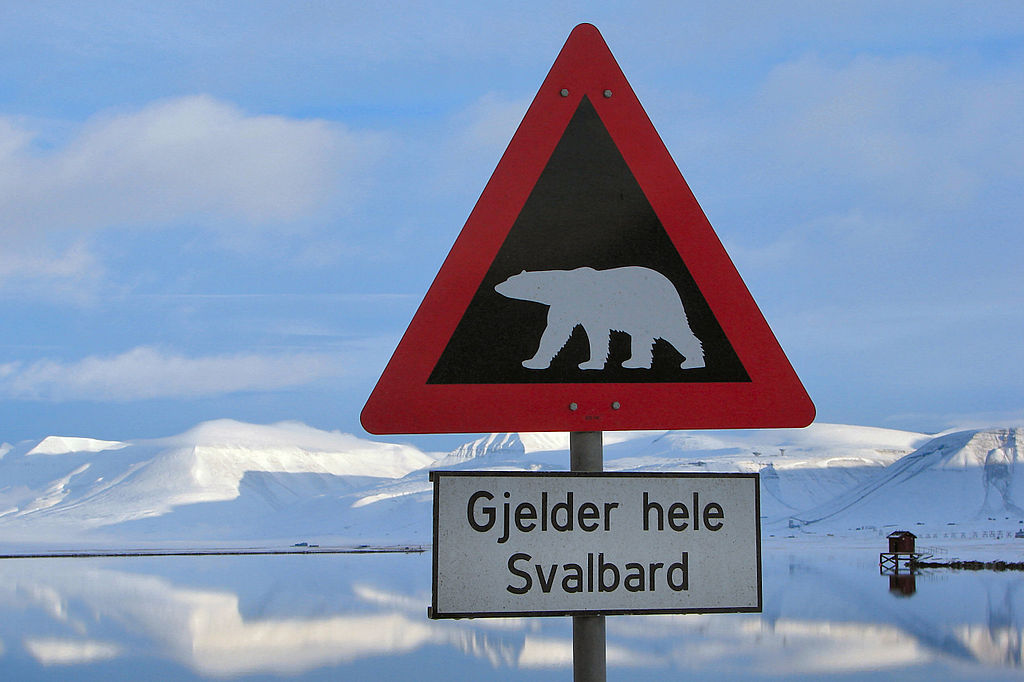 What About Santa Claus?

If the Christmas spirit is strong in you, and if you want to visit Santa’s workshop, another town called Rovaniemi in Finland would be a good place to visit to experience the far north. You can speak to St. Nick, see a reindeer farm, and enjoy all sorts of other Christmas-themed activities. 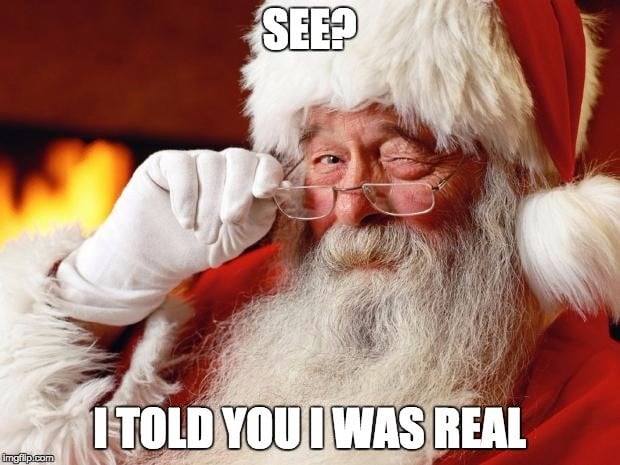 Besides these few towns, there aren’t really too many places to stay, which is why most visitors to the North Pole are researchers, explorers, or affluent travelers. Moreover, a proper hike to the North Pole would require a serious amount of equipment and a professional guide who has made the trek before.

The Arctic Circle is technically claimed by Russia, America (via Alaska), Canada, Denmark (via Greenland), Norway and Sweden, so depending on what country you come through, you may be able to find some hot spring resorts (Russia and Sweden) or other accommodations on the trek north.

If you’re in the oil industry, then the Arctic presents a very intriguing possibility. Considering that at least 30% of the world’s oil reserves are locked up in the Arctic, the past decade has shown a considerable resurgence in exploration and interest in the region. This is worrying for environmental activists, so if you do visit the North Pole or its surrounding areas, don’t be surprised to see tankers, exploratory vessels, or activists in canoes. 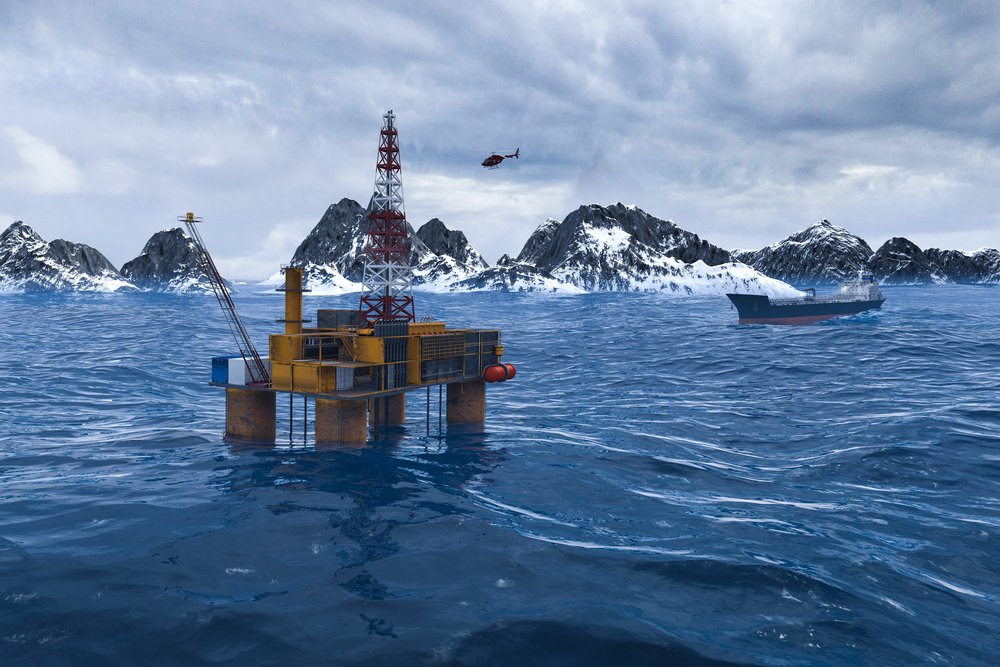 Also Read: How Does The Arctic Ocean Freeze During Winters?

Finally, if you feel like braving the icy waters beneath the North Pole, you might be able to see one final thing worth mentioning. In 2007, Russia planted a flag on the seabed of the North Pole, hoping that it would give them a stronger claim to oil and drilling rights. Environmental activists have planted their own flag as well, despite the fact that these gestures are largely symbolic.

The Arctic region is a fascinating and mysterious place, and if you ever get the chance, you should definitely visit… just make sure you pick the right North Pole—apparently, there are a few to choose from!