A coffee percolator is a tool for brewing coffee through the continuous cycle of brewing water. The heat source heats the water in the bottom chamber, which begins boiling. The water then seeps through the coffee grounds and makes its way to the bottom of the coffee chamber. 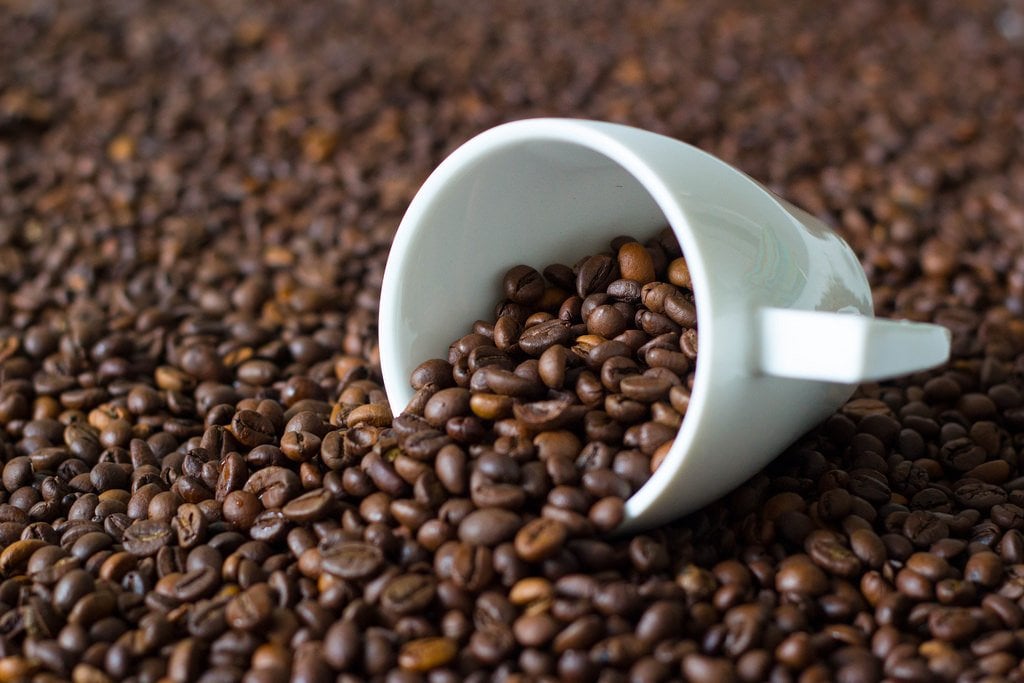 The funny thing about the coffee percolator is that it was first developed by a physicist! In fact, it was accomplished by American-born British Physicist Count Rumford, also known as Sir Benjamin Thompson. He was also a noteworthy soldier with significant military contributions. It is estimated that he invented the percolating coffee pot between 1810 and 1814. In fact, it was his complete disdain for both tea and alcohol that led him to create the percolator and promote the stimulating effects of coffee. His initial model of the coffee percolator is now obsolete in today’s age. 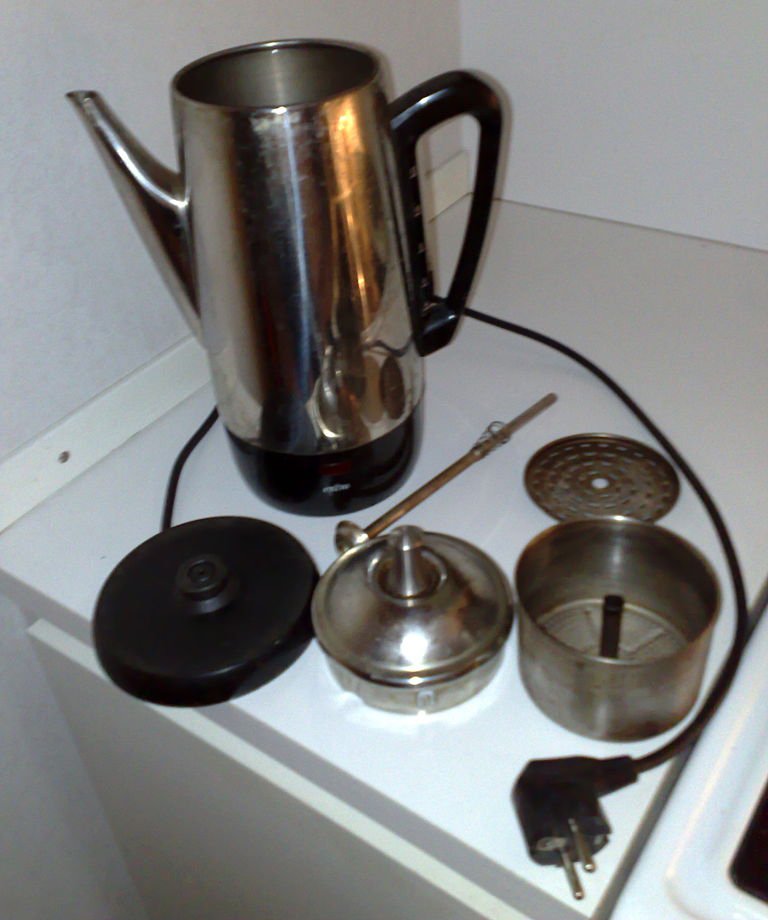 It was the Illinois farmer named Hanson Goodrich who patented the modern stove top percolator that we know today. He was granted the patent on  August 16th  1889, with a patent number of 408707. The key elements present in his design are the broad base for boiling, the up-flow central tube and the perforated basket hanging on it. It was Goodrich’s designed that changed the standard coffee pot into the stove top percolator; further improvements have made very few significant changes in the overall design.

The desired quantity is poured into the chamber of the pot and a certain amount of coarse-ground coffee is placed in the top section of the coffee percolator. The heat source under the percolator heats the water in the bottom chamber. The water at the bottom of the chamber begins boiling, which leads to the formation of the bubbles. These bubbles rise due to similarities in principle with an airlift pump. The principle of the airlift pump involves energy derived solely from compressed air. Since the buoyancy of the air is less than the density of the liquid, the liquid begins rising quickly. 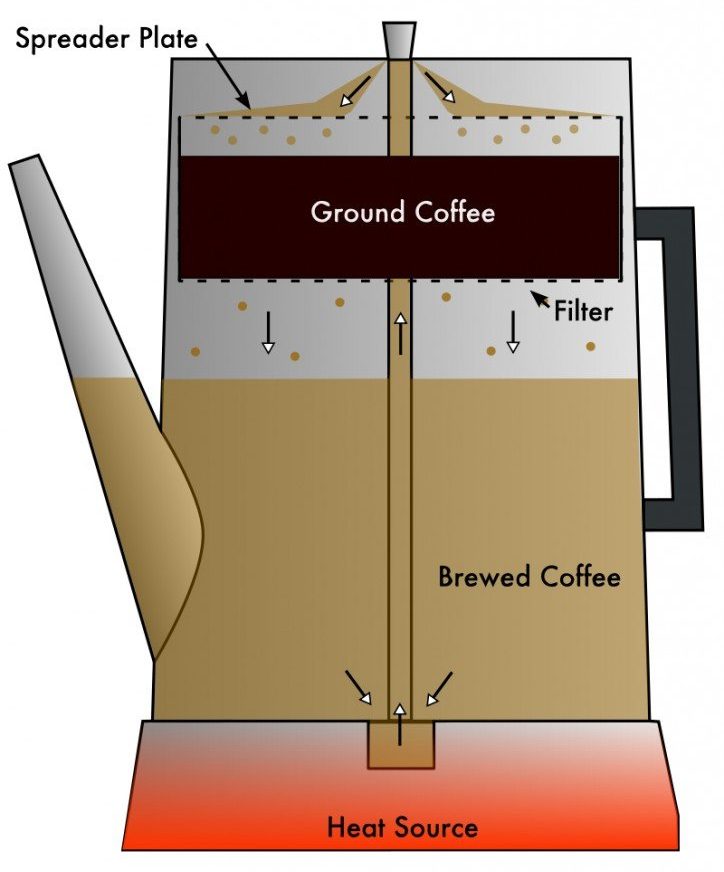 Also Read: Why Are Coffee Stains Darker Along The Edges?

A cycle now starts to occur. From the bottom of the coffee chamber, the water drops down to the colder part of the bottom chamber. This forces the water to move up the vertical tube. As the water droplets fall down from a height, it helps to thoroughly mix the fluid in the bottom chamber, while the fluid also keeps ascending the vertical tube. This cycle keeps repeating over and over until a fine brew is formed. Now you know how coffee around the world is made using a coffee percolator!