Forecasting the weather is an ancient endeavor, beginning far before the age of television and weathermen. The reason why the weather has been studied for so long around the world is because weather largely determines the way in which people live their lives. From agriculture to human settlements and many other factors, a whole host of things had to be decided based around the weather. As can be expected, a lot of superstitions and even religious beliefs were also built around the weather, although today’s metrological sciences have debunked many of these myths. That being said, a few of them have actually turned out to be scientifically true. Let’s take a look at a few of them!

As poetic as this might sound, there is a lot of truth to it and many sailors have sworn by it since ancient times. At first glance, this might seem like nothing more than a maritime song, but these lines do have some strong scientific meaning behind them. These red phenomena in the sky are caused by the scattering of light by tiny particles in the atmosphere. When the sky turns red at dusk, it implies that the region is dry, with a high atmospheric pressure between the viewer and the sun. Since the weather in the mid-latitudes moves from west to east, this climatic condition implied a day of clear sailing. However, when the sunrise is red, it signals that the high pressure has passed by, giving way to low pressure, which signals a pathway for storms. As already stated, this advice only works well in mid-latitudes, which are relevant for Europe, North America, Asia, Africa and the southern halves of South America and Australia. This advice doesn’t really apply to the poles or the tropics, as the weather tends to progress in the opposite direction there. Sailors in those regions should follow the opposite of this advice.

Feeling Bad Weather in Your Bones

We’ve all either said or heard someone say that they feel ‘under the weather.’ Ironically, this phrase does have some truth to it. This line is as old as Hippocrates, one of the fathers of modern medicine. He noticed that certain illnesses seemed to worsen under specific weather conditions. People today still claim that they can feel the approach of a storm, or feel cold snaps in their arthritis, sinuses, headaches and even their teeth. Although there is no concrete proof that your body is a living, breathing barometer, scientists do speculate that this occurs, since our bodily fluids remain at a constant balance and ambient air pressure. So, as the barometer falls in the event of an approaching storm, your tissues can swell in response to the change in pressure, thus irritating nerve endings and creating that feeling of a “change in the weather”.

That recognizable chirping sound is something that all of us have heard before, either in a park, a field or right outside our bedroom window while we’re trying to sleep. However, has it ever occurred to you that crickets chirp according to specific temperature changes? Although the chirping of crickets can be for mating purposes or as a forewarning of danger for fellow crickets, scientists have also observed that the chirping of crickets can be caused by a change in temperature. It is observed that crickets chirp faster in warmer conditions and more slowly as the air turns frigid. In certain species of the crickets, such as the Oceanthus Fulton, aka the ‘thermometer cricket’, chirp rate and temperature have a direct correlation within a specific range from 18 to 32 degrees Celsius. There is even a formula developed for the number of cricket clicks in relation to the ambient air temperature. The formula is as follows:

When a halo rings the moon or sun, rain’s approaching on the run

An idea that one tries to convey almost always sticks when it rhymes, but there is also a scientific explanation to this rhyming anomaly. The halo that surrounds the sun or moon is produced by a particular cloud of a unique nature. The inherent nature of these clouds is that they are wispy and composed of ice crystals. Sometimes during the day, their light-bending properties can produce bright splotches called parhelia, more commonly known as “sun dogs”, for the simple reason that they look like fake suns. These ice crystals typically occur when there is a convergence of clouds. Usually, when clouds do converge, they form a low-level, low-pressure zone that pulls in air from the surrounding environment. As the converged air rises, it cools down to form water vapor. If this water vapor continues to climb into the higher, cooler regions of the atmosphere, it will solidify to form ice crystals. This formation of clouds due to air moving upwards as it cools down is what links this phenomena with its rainy – and scientifically viable – reputation.

The short URL of the present article is: http://sciabc.us/FECZV
Help us make this article better
Prev Article Next Article
About the Author: 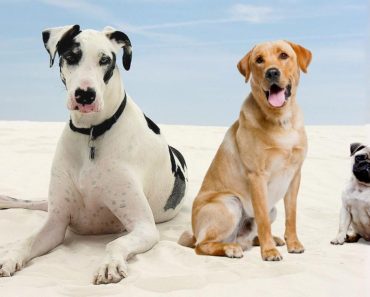 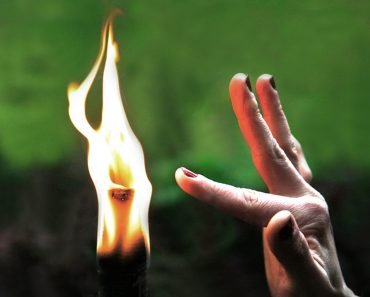