Lava is so hot that when it comes in contact with ice, the ice is instantly converted into steam. This steam forms a blanket over the surface of the lava and minimizes the frictional force between the lava and ice, so the lava can flow over it.

The temperature of lava is so high that the moment it comes in contact with ice, it converts the latter directly into vapor, without turning it into water first. This steam essentially tries to escape through the lava. This is why it looks as through the lava is boiling (on ice).

When I say the word ‘volcano’, what’s the first thing that pops into your head?

I can say, with a great deal of confidence, that you probably see a cone spewing orange and yellow molten material, a substance that is quite thick and flows rather ominously. It looks like the kind of river that would flow right past the gates of hell! 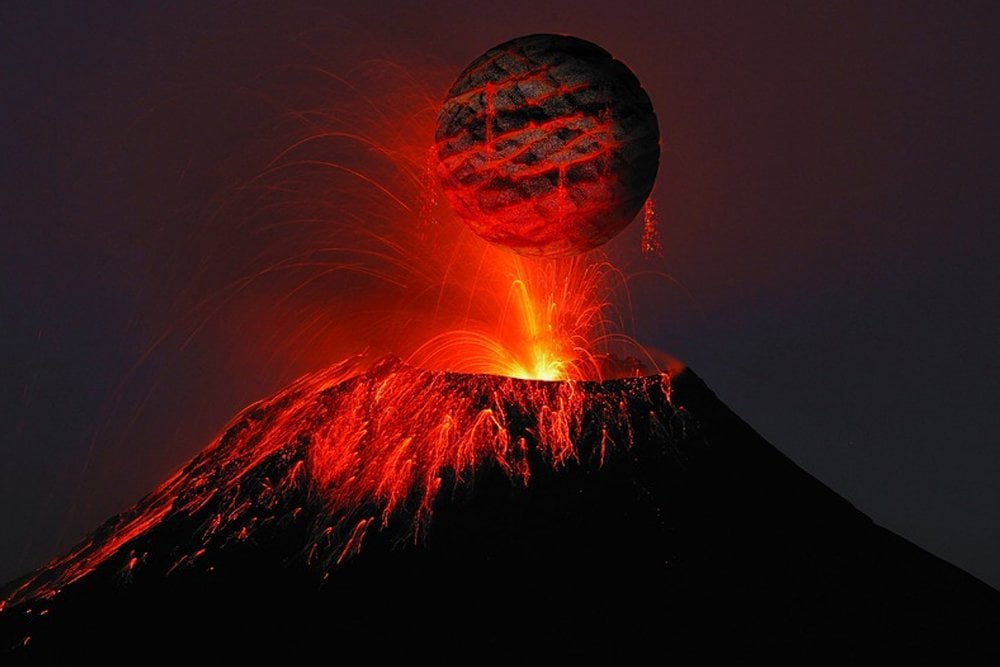 Lava is one of the hottest substances found on the Earth’s surface. The eruption temperature of Kilauea lava (Kīlauea is a currently active shield volcano in the Hawaiian Islands) is around 1170 degrees Celsius (2,140 degrees Fahrenheit) (Source).

When a volcano erupts, lava blasts out of it and flows down its slopes. The outer surface of the erupting lava cools down very swiftly (e.g., hundreds of degrees per second) when it’s first exposed to air!

What most people think would happen when lava meets ice

Many people assume that there would be some type of explosion the moment lava came in contact with ice, thanks to the drastic temperature difference between the two objects. Some speculate that if lava is poured on ice, the former shall most likely ‘dig’ completely through the ice.

However, neither of those two speculated events is what will occur.

A team of researchers, including Bob Wysocki and Jeff Karson, both professors at Syracuse University (New York, United States), who published a paper concerning the dynamics involved in the eruption of a snow-covered volcano and how lava interacts with ice, conducted some real-life experiments with lava and ice. They melted over 300 kilograms (661 lbs) of lava and poured it over ice in their famous Lava Project.

When lava meets ice, it neither explodes nor tunnels through; rather, it forms strange-looking bubbles. These bubbles are initially the same color as lava, but quickly turn black. One of the experimenters called these bubbles “scrambled eggs from hell”.

Here, take a look at it for yourself:

Why does that strange phenomenon occur? Why do those volcanic bubbles form?

The science involved in the union of lava and ice

The temperature of lava is so high that the moment it comes in contact with ice, it converts the latter directly into vapor, without turning it into water first. This steam essentially tries to escape through the lava. This is why it looks as through the lava is boiling (on ice), whereas it’s actually the steam trying to escape that ends up forming bubbles in lava, which are then simply referred to as volcanic bubbles.

As the lava on the ice begins to cool, a thick black layer forms on the surface of the lava. This thick black layer traps the super-heated steam (which appears as bubbles) that forms underneath. It’s like a natural form of glassblowing. It is a glass-forming technique in which molten glass is inflated into a bubble with a blowpipe. 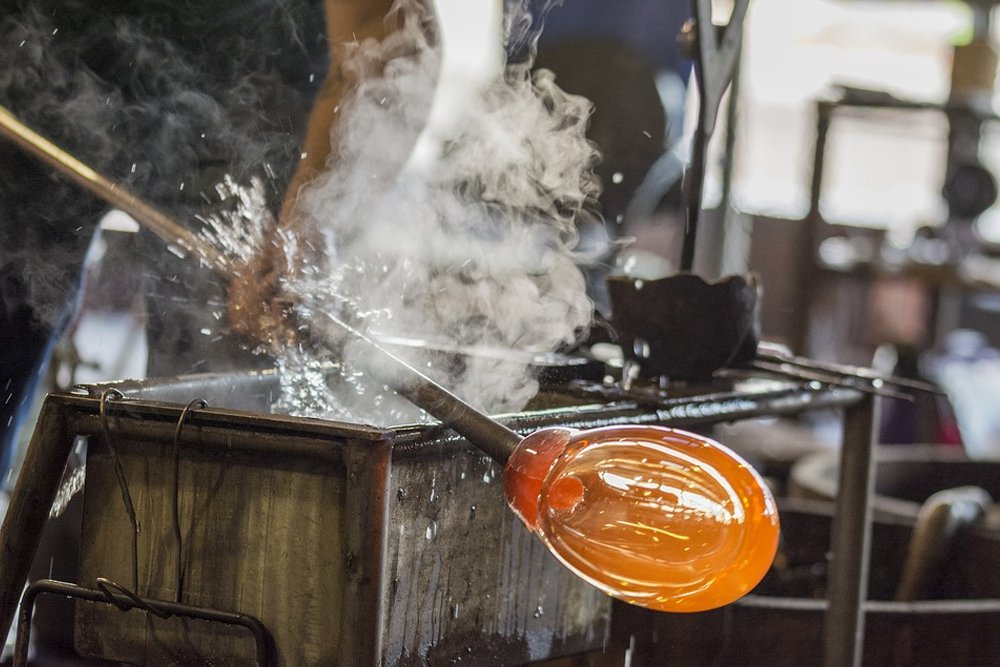 How does lava flow on ice?

This is another interesting aspect of pouring lava over ice. One would think that lava is so hot that it would dig right through the ice the moment it comes in contact with it. However, that doesn’t happen; lava can actually flow across the surface of ice!

This happens as a result of the formation of that super-heated steam we were discussing. This steam (which forms when red-hot lava vaporizes the ice with which it comes in contact) forms a blanket over the surface of the ice. This layer of steam actually minimizes the frictional force between the lava and ice, so the former has no problem flowing over it, hard as that may be to believe!