For the past 150 years, the oil industry has grown from a fledgling source of power to an approximately $1.3 trillion global industry that dominates international news, drives political policy and shapes the very boundaries of nations. There is no doubt that petroleum and oil represent an essential part of the modern world, but it doesn’t all come from the same place.

In fact, the balance of where the oil is sourced, where it is refined, and where it is used has a major impact of geopolitics, so it is important to understand the basic differences. For example, if the United States possesses so much oil in its own country, why is so much attention placed on the oil capacity of the Middle East? More specifically, is there any difference between the oil sourced in the Middle East versus what is available in other parts of the world, like the oil fields of Texas or North Dakota? 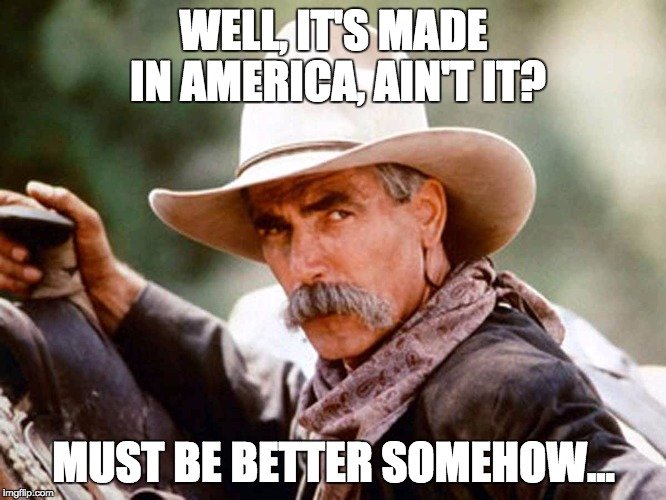 Short answer: Most of the oil from the Middle East is crude oil, whereas much of the present oil production in the United States is in the form of shale oil.

Crude vs. Shale – A Modern Rivalry

Before we can discern the intricacies of global geopolitics concerning oil, it is important to understand the difference between the two major varieties of this valuable resource.

Crude oil – the traditional “black gold”, in liquid form, that can bubble straight up from the ground – is primarily the type of oil sourced from the Middle East. Crude oil is composed of a mixture of hydrocarbons that have formed from deceased animals and fossils, exposed to extreme pressures, over the course of millions of years. This crude oil can be accessed by drilling down into the reservoir rock, where this crude oil is stored, and then “sucked up” through a traditional pipe and pump production method. Once this deposit of crude, unrefined oil is brought up to the surface, it is then sent to a refinery for further processing before it can be used.

From there, crude oil can be refined in a wide variety of ways to produce everything from jet fuel and butane to gasoline, asphalt and ethane. Again, it is important to remember that all oil is made from hydrocarbons; it simply depends on what form they are contained – namely liquid, gas, or trapped in porous rock.

Shale oil – which is coming into its own in US production methods – is actually quite similar to crude oil in the manner in which it is extracted, but different in its composition. Unlike crude oil, which commonly flows as a liquid, shale oil is actually contained in “oil shale” a reservoir rock that must be drilled into and then extracted in solid form from the ground. once extracted, this rock goes through one of a number of processes (pyrolysis, thermal dissolution or hydrogenation) to chemically remove the organic matter in the rock in the form of oil and natural gas.

Extracting shale oil still requires an oil well, the drill stem, casing, and the same amount of manpower to handle the extraction. However, rather than a simple vertical drill process, shale oil extraction requires horizontal drilling along the deposit, rather than simply “puncturing” it. Shale oil extraction, which is happening in many parts of the United States, often employs the use of hydraulic fracturing (“fracking”), which consists of pumping millions of gallons of water, chemicals and proppants (materials to hold the fracture open) into the hole to fracture the rock and allow the oil to be pumped back out of the well. One of the notable benefits of shale oil extraction (fracking), is the ability of one drilling well to extract more potential energy without digging more wells, unlike in the crude oil process.

In terms of costs, crude oil extraction is much less expensive and more efficient than shale oil extraction. A common way of measuring costs is on a per barrel basis. In some parts of the Middle East, crude oil extraction can cost as little as $10/barrel, although the global average lies somewhere between $30 and $40. This includes the cost of further refining for the crude oil to actually be usable. When it comes to shale oil extraction, however, despite the rapid advances in fracturing technology (led by the United States), the cost per barrel typically starts at $40/barrel. In fact, the price can go up much further from there, sometimes to $90/barrel, depending on the complexity of the extraction in certain areas.

That being said, there are other complicating variables, such as the cost of shipping Middle Eastern oil halfway across the world to the United States, as well as the initial costs of crude oil extraction – namely locating a viable deposit. It is far easier to confidently locate shale oil deposits, and since there are so few untapped crude oil deposits in the continental United States, shale oil production makes sense as a complementary source of fuel (both oil and natural gas).

So…. American vs. Middle East Oil?

In answer to the initial question of this article, there is a difference between the oil we get from the Middle East versus America, but that wasn’t always the case. Before the crude oil deposits in the continental US were essentially “dried up”, America was also relying almost exclusively on crude oil, albeit not in the same quantities as those available in the Middle East. 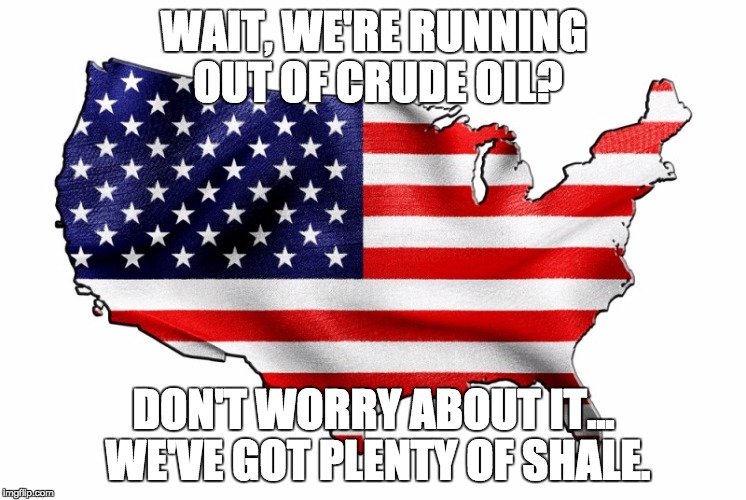 Now, after the general move away from traditional fossil fuels and the increasing American desire for energy independence, alternative methods of fuel production have come to the forefront. Offshore drilling and prospective crude oil deposits in other parts of the West still represent massive amounts of energy potential, but at present, the United States is shifting its attention to shale oil and building up its oil reserves, while the Middle East continues to produce crude oil. Furthermore, the amount of shale oil resources that the US possesses is second only to Russia, while the shale natural gas resources is ranked fourth, behind China, Argentina and Algeria.

In summary, shale oil is more “ready-to-use”, whereas crude oil is more versatile, but requires more refining. The “first-glance” extraction process costs of the two methods clearly favors crude oil, but in the long run, as crude oil deposits become more rare, these costs could change significantly in favor of shale oil and shale natural gas.

Only time will tell, but hopefully the oil-exporting and oil-consuming nations of the world will realize the dangerous nature of burning these fossil fuels and jointly pursue healthier and more sustainable strategies in the coming century… before it’s too late!