Whereas traditional buttermilk relies on a natural process to generate acidity, cultured buttermilk has various bacterial cultures added that will stimulate the natural bacteria found in the milk.

For anyone who has ever baked a pan of muffins or a tall stack of pancakes, buttermilk may be something you already understand. However, for those of us who spend less time in the kitchen, buttermilk may remain a mystery. We see it on menus and attached to certain items at the grocery store, but few actually know what it is. With a unique tang and a number of properties that make it essential for cooking, buttermilk has a lot to offer!

Buttermilk has been around for countless centuries in various forms, but when we speak about buttermilk today, it typically refers to a more processed and artificially cultured variety. 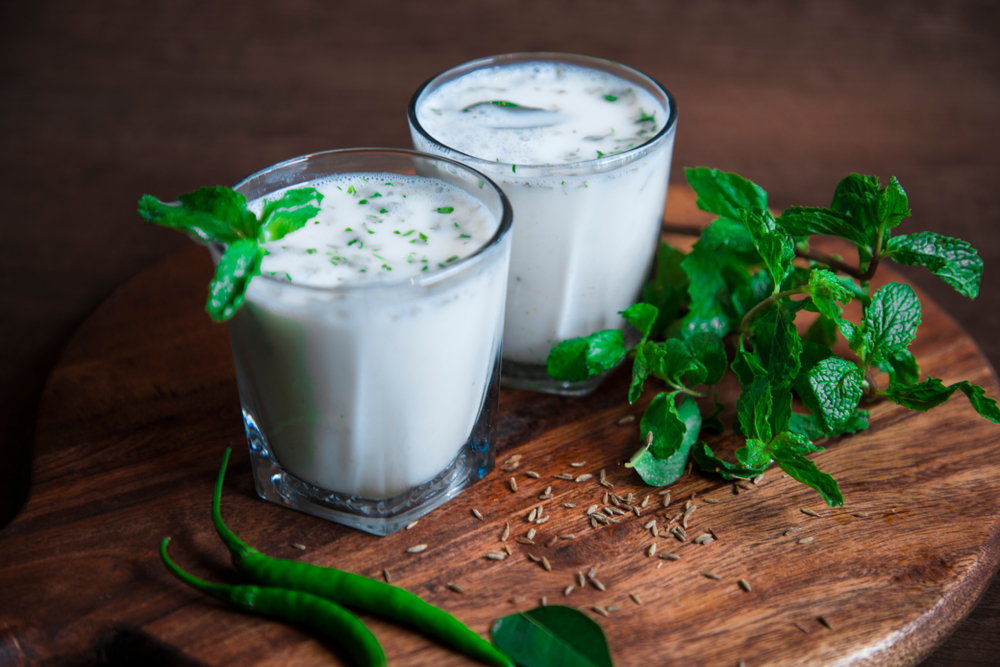 By definition and tradition, buttermilk is the liquid that remains after butter is churned out of cultured or fermented cream. Once the butter forms and hardens, whatever is left behind is called buttermilk—a fermented dairy beverage. Before the modern development of pasteurization and homogenization, raw milk was often allowed to sit out for a few days, allowing the cream and milk to separate, and also enabling certain lactic acid-producing bacteria to develop in the milk. 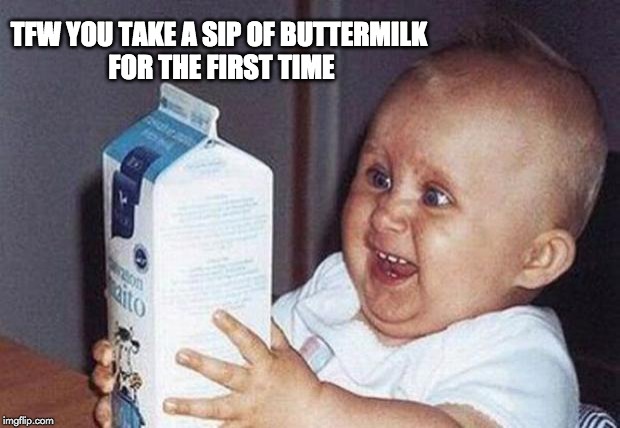 The bacteria would feed on the natural sugars present in the milk and produce lactic acid as a byproduct, which began to ferment the milk. Today, when we think about drinking milk that has gone off, that “tang” you smell is normally considered a bad sign.

However, in the past, that acidity made it possible to prevent the growth of other microorganisms, along with encouraging the production of butter, since fat molecules group together more readily in an acidic environment.Once the butter was done, the remaining buttermilk could be enjoyed for a rich and nutritious beverage, one that was resistant to going “bad”—a key element of its popularity in warmer parts of the world.

While this drink is still popularly prepared and enjoyed in areas of the world like Nepal, India, and some Middle Eastern countries, the majority of buttermilk one finds in western grocery stores is called “cultured buttermilk”. Produced with the same goal in mind, cultured buttermilk is artificially cultured milk that has also been pasteurized and homogenized.

Whereas traditional buttermilk relies on a natural process to generate acidity, cultured buttermilk has various bacterial cultures added that will stimulate the natural bacteria found in the milk. When these bacteria produce their lactic acid, it gives the liquid a tangy or sour taste, and leads to the precipitation of milk proteins, thus thickening the liquid.

Is Buttermilk Good For You?

Buttermilk, either cultured or traditional, tends to be quite thick, which gives many people the impression that it must be rich in fats and high in calories. However, buttermilk actually has fewer calories and significantly lower levels of fat than whole milk. A single cup of whole milk has more than 150 calories and approximately 9 grams of fat, whereas a cup of buttermilk has around 100 calories and just over 2 grams of fat. Aside from the calorie and fat advantage of buttermilk, this liquid also has notable levels of calcium, phosphorous, potassium and a number of important vitamins.

Despite these health advantages over traditional whole milk, the popularity of buttermilk has steadily declined over the past century in western countries. Whether it is the sourness or the consistency, or the slightly higher expense and lower usability, people simply don’t drink as much buttermilk as they used to. That being said, buttermilk is also a critical ingredient in the food industry, particularly for baking. When you are making pancakes and want them to be properly fluffy, it is the lactic acid found in buttermilk that activates the baking soda, allowing the dough to rise. Without buttermilk, or some other cultured form of milk, desserts would be a lot less enjoyable!

Can You Make Your Own Buttermilk?

For those people who rarely bake, there’s a good chance you won’t always have buttermilk on hand, but the occasional recipe will ask for it, and you may find yourself stuck. Fortunately, there are some ways to make your own buttermilk at home. While the taste and thickness won’t necessarily be the same as cultured or traditional buttermilk, it will be a functional replacement in recipes and will keep your desserts fluffy and delicious. 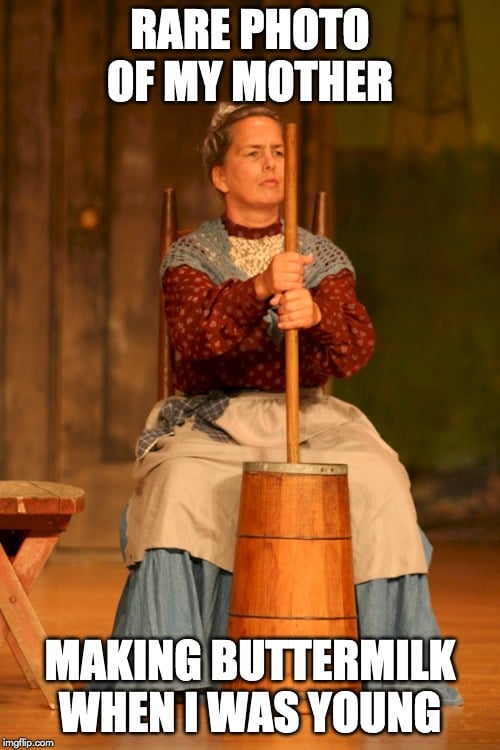 The first way to do this is very easy, and only requires a single tablespoon of vinegar or lemon juice. Simply add the tablespoon to a cup of milk and allow it to stand at room temperature for 10 minutes. As mentioned, this isn’t the same as cultured buttermilk, but it is acidified buttermilk, and will behave the same in the oven when preparing baked goods.

The second approach to making your own buttermilk is to mix a 3/4 cup of yogurt with a 1/4 cup of regular milk. Mix these two ingredients together and then allow them to sit for approximately 10 minutes. The milk will curdle and the mixture can be blended to achieve an even, slightly thinner consistency than the original yogurt. Similar to the method above, this doesn’t create true buttermilk, but this easy alternative will certainly do in a pinch!

The next time you see buttermilk pancakes on the menu at your favorite breakfast spot, remember that you have lactic acid-producing bacteria to thank for their fluffy texture. Perhaps more importantly, if you’re looking for a slightly healthier alternative to whole milk, why not give buttermilk a try? It’s been a prized beverage in some parts of the world for thousands of years, and has plenty of nutrients from which you can benefit!