A gas station services thousands of vehicles every day with the help of gas storage tanks and gas tankers.

A gas station in a busy metropolitan city can serve hundreds of automobiles every day. From small cars to those monster trucks with 32 wheels, gas stations quench the thirst for fuel, no matter what vehicle you drive.

I remember being at a gas station with my nephew when he pointed to a gas pump and asked: “How much oil does that little thing hold?” 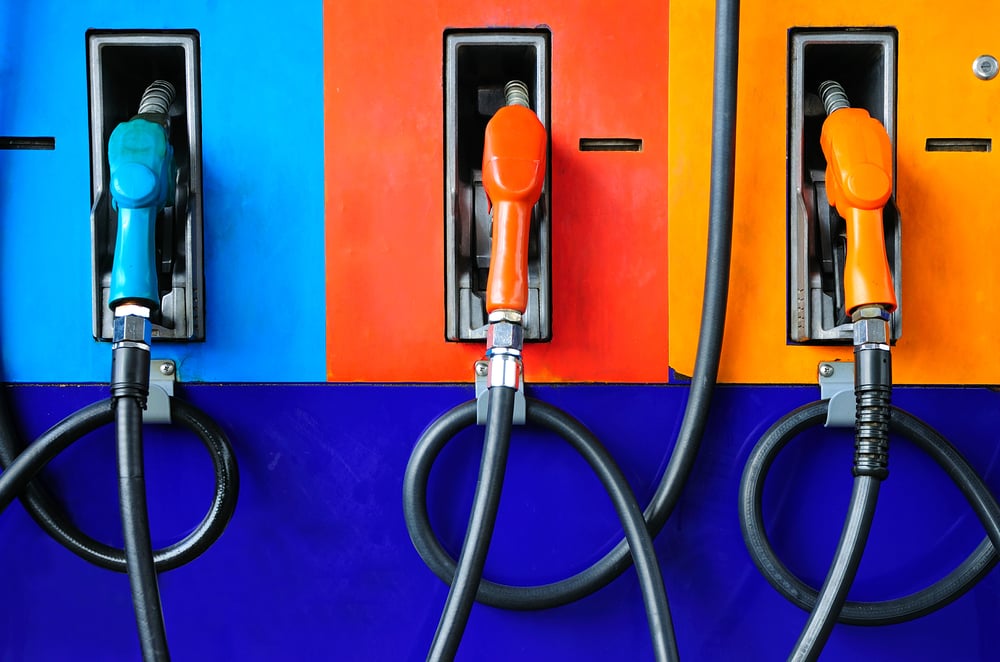 The question was a simple one, but I’m sure there are many 10-year-olds (and adults) who may think that those fuel pumps actually store oil in them, and fill the gas tanks of vehicles through gas dispensers as they pull up next to them.

However, it doesn’t work that way.

Note: The word ‘gas’ is used interchangeably with words like ‘fuel’ and ‘oil’ throughout the article.

The gasoline (or petrol or diesel) sold at gas stations is NOT stored in the pumps that dispense gas; rather, it’s stored in large oil tanks that are buried underground, or, sometimes, above the ground. 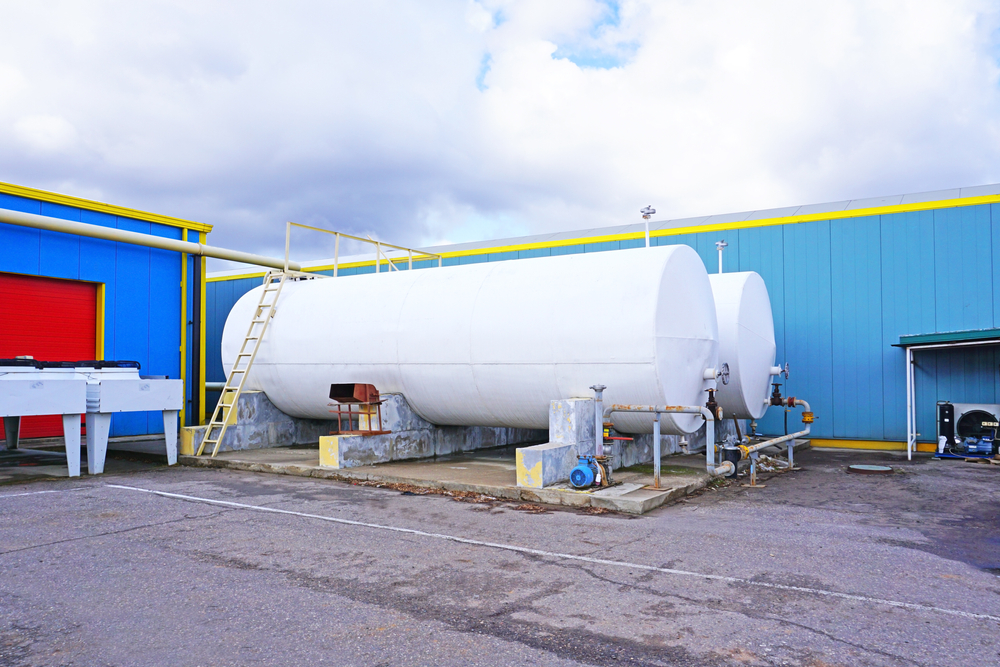 An external storage tank above the ground. (Photo Credit : Slay/Shutterstock)

These tanks have the capacity to store a thousand gallons of fuel. A gas station usually has at least a couple such tanks beneath or on their property. The larger or busier a gas station, the more fuel tanks it will have.

However, these fuel tanks are usually underground, and automobiles get their gas tanks filled above the ground. So, how is oil actually made to travel upwards, against the force of gravity, to be released from the fuel dispenser?

Also Read: How Is Fuel Stored At A Gas Station?

How Does Fuel Go From Storage Tanks To Dispensers?

Making fuel stored in underground tanks flow into the fuel pumps is like getting a waterfall to flow in the opposite direction—from down to up. This gravity-defying feat is achieved through two main types of pumps.

A submersible pump, as the name suggests, is installed below the surface of the fuel within the tank. It has a device, much like the propellers of a ship, that rotates and moves the fuel upwards..

A suction pump moves fuel from the storage tank to the dispenser using the principle of unequal pressure. Simply put, the suction pump helps create a region of low air pressure in the direction of the dispenser, which ‘sucks’ fuel and makes it flow towards the dispenser—against the force of gravity.

You cannot see either of these pumps, as they are underground, but it’s these pumps that pull the fuel away from storage tanks and towards the dispenser, which finally deposits it into cars’ fuel tanks.

How Does A Gas Station Serve So Many Cars Every Day?

As mentioned earlier, a gas station in a metropolitan area may serve thousands of automobiles on a given day. However, if you’ve ever keenly observed a gas station, then you may have noticed that the fuel tankers that deliver fuel to a fuel station don’t seem big enough to hold that much oil. 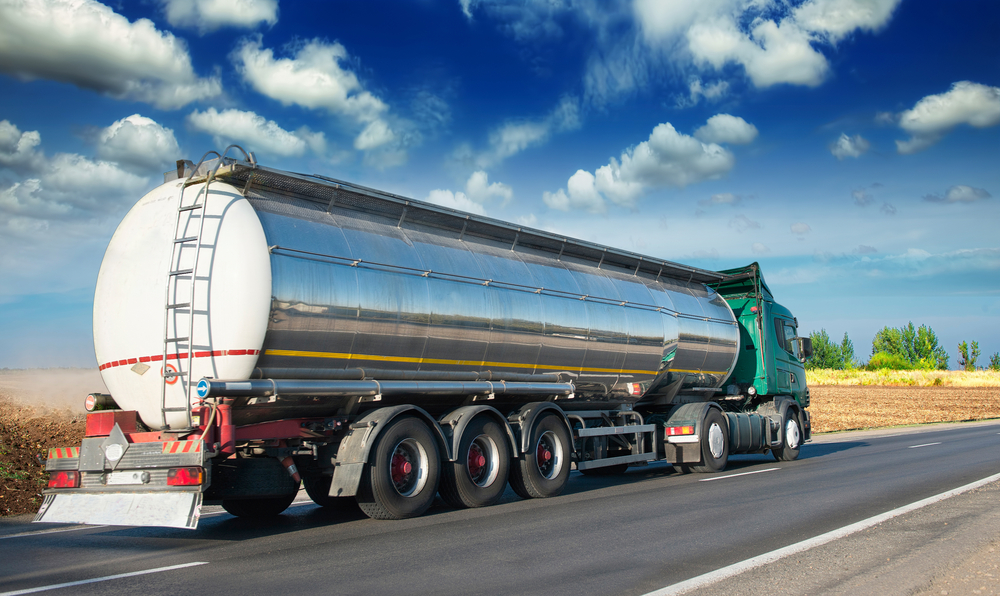 A fuel tanker – does it seem big enough to you? (Photo Credit : Krivosheev Vitaly/Shutterstock)

In other words, how does a gas station service thousands of cars every day when its storage tanks are only replenished by seemingly small fuel tankers?

Firstly, note that gas tankers are not that small. A typical gas tanker holds anywhere between 3,000 to 10,000 gallons of fuel. Plus, there are almost always multiple tanks tasked with replenishing the storage tanks of a given gas station.

Suppose a very busy gas station sells nearly 10,000 gallons of gas on weekdays and 7,000 gallons on weekends (gas stations are usually less busy on weekends). The fuel storage tanks of a station with such requirements would be refilled by 3-4 gas tankers every day (or less frequently, depending on the demand). 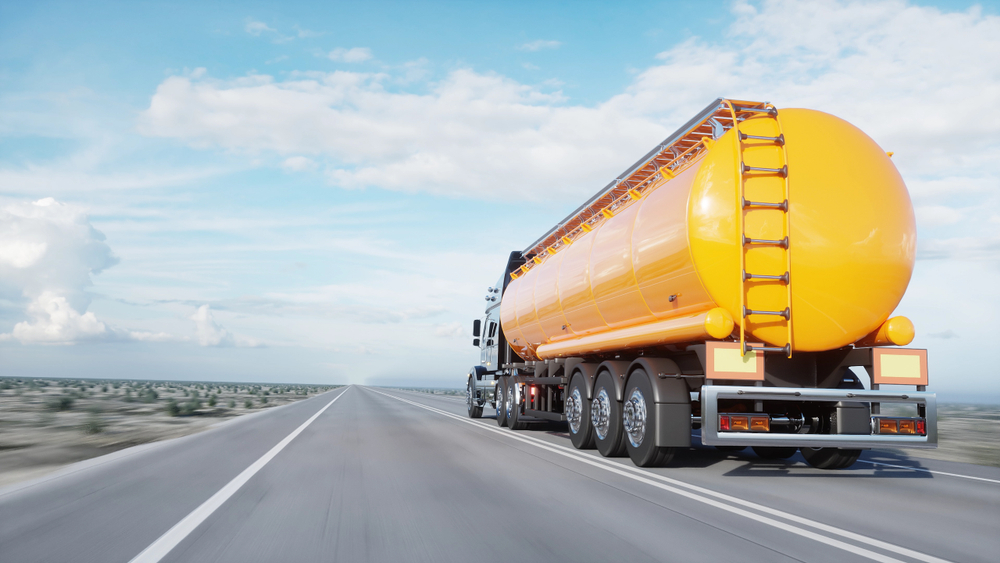 Gas tankers can hold as much as 10,000 gallons of gas, or even more. (Photo Credit : Pavel Chagochkin/Shutterstock)

Also Read: What Happens If An Aircraft Runs Out Of Fuel In Mid-Air?

Additionally, there are systems set up in gas stations that notify gas suppliers that the former needs a fresh delivery of x gallons of oil. This way, gas stations never run out of fuel and are able to service thousands of automobiles, day in and day out.

So, it’s not only the massive underground storage tanks that hold so much fuel, but also a rigorous system of regular maintenance, tracking and replenishment that keeps the motor industry fueled and ready at all times.