Flies have a very low mass and an exoskeleton that’s tough in some areas and flexible in others. Additionally, they move very slow, regardless of how fast they appear to us. All of these factors help flies keep moving when they run into hard surfaces like walls and windows without getting hurt.

You may have seen houseflies flying around and hitting hard, solid surfaces like doors, windows and walls for no apparent reason. Why they engage in such seemingly mindless and futile activity is beyond me, but this article is not about the head-banging tendencies of houseflies; it’s about how they actually survive those foolish maneuvers!

We know that when we run into such hard surfaces, it doesn’t end well, but how do flies seem to do exactly the same thing and get away without experiencing any problems whatsoever? 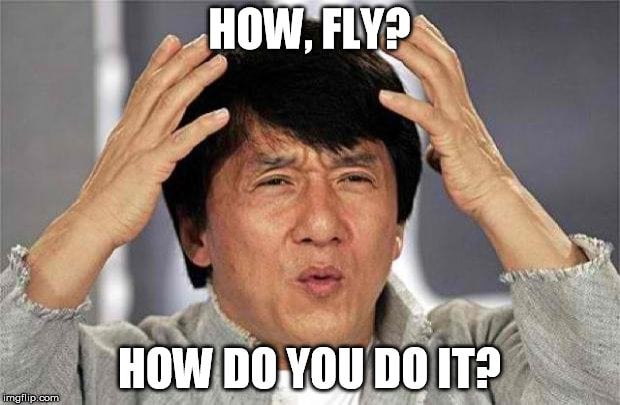 As it turns out, the answer to this question lies in the fascinating design of a housefly’s body structure.

Unlike vertebrates (whose skeletons are located inside their bodies), a housefly’s skeleton, like all insects, is located outside its body. Therefore, it is quite aptly called an exoskeleton. An exoskeleton is an amazing structure that not only provides shape and support to the housefly, but also minimizes the loss of bodily fluids in both chemical and physical attacks, and shields it from physical injuries (to a certain extent).

The exoskeleton of a fly is divided into three parts: head, thorax and abdomen. 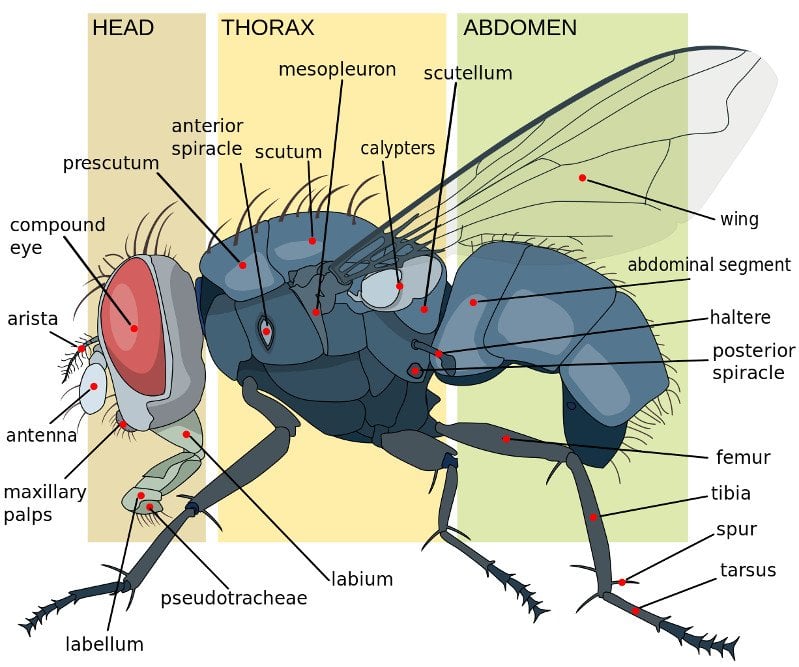 Now, the thing about a housefly’s exoskeleton that is relevant to this article is that it’s both super hard and flexible at the same time. Sounds confusing, doesn’t it? Allow me to explain…

You see, the exoskeleton of a fly is made from a polysaccharide called chitin, which binds with certain molecules to form a “body wall” of sorts that is both as rigid and hard as some metals, while also being as flexible as rubber (in some spots) at the same time. It is this characteristic of a housefly’s exoskeleton that helps it brave the ordeal of ramming into hard surfaces without feeling a thing. 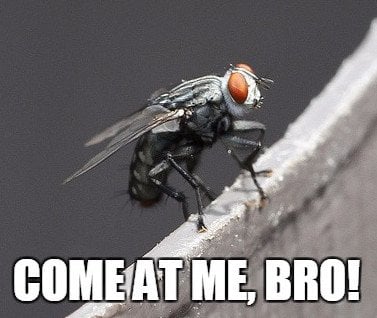 Because their “body wall” is strong and flexible (at certain points), it allows houseflies to hit and bounce off walls, and doors, rather than being squishing like a worm.

Most species of houseflies are actually very small (0.1 – 1.0 inch in length). This is a fantastic thing for anything with an exoskeleton. The exoskeleton of a larger organism (say, a cow) would have to be proportionally thick in order to support the weight of the organism. A thicker exoskeleton would also be significantly heavier and more cumbersome to carry around. Since flies are tiny, they don’t have any problem toting around a hard exoskeleton.

Furthermore, according to the square-cube law, as something grows larger, its volume and weight grow faster than its surface area. (Fun fact: the square-cube law is the reason that elephants need legs the size of tree trunks, and kids can sit comfortably on their knees, but adults usually don’t). Since houseflies are small and light, less weight is dispersed over a larger surface area when they run into a wall, thus allowing them to escape unscathed. 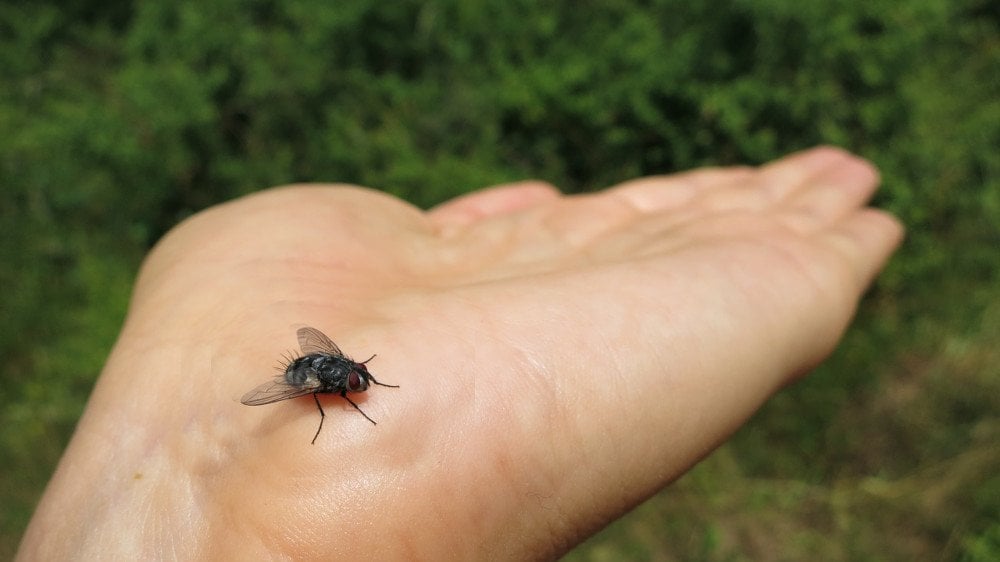 Most species of houseflies are tiny (Photo Credit : Pixabay)

While attempting to catch a fly at some point in life, you might have been amazed (and annoyed) at their great maneuverability skills. Some of you might have even marveled at how fast they buzz by your ears. If you have, then I have some bad news for you: 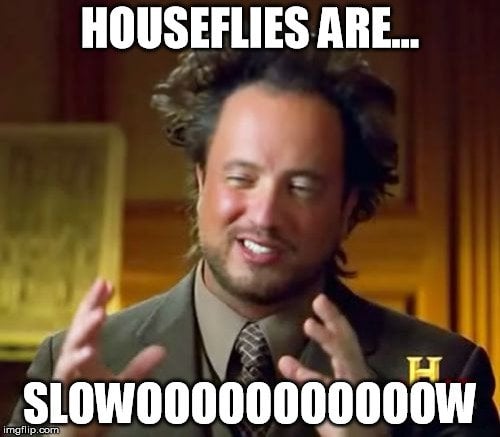 Most flies have an average speed of 5 mph (8 kmph), which is actually very slow. However, flies are still among the speediest of insects! Therefore, the fact that they don’t seem to sustain injuries when they hit hard surfaces is quite intuitive.

In a nutshell, the combination of their small size, low speed and hard exoskeleton is what allows a housefly to brave the dangers of ramming into a wall, and accounts for its impressive reputation among other insects.