There are a few ways that archaeologists choose excavation sites. They look at land records, local rumors, and the topography of the area to make an informed decision of where to dig. They also conduct surveys and use remote sensing techniques like ground-penetrating radar and magnetometry to narrow down their search.

When we watch movies like Jurassic Park, Indiana Jones or The Mummy, the study of archaeology takes on a decidedly exciting tone. There are gunfights, Nazi plots and back-from-the-dead beasts, yet the typical discipline of archaeology isn’t your typical blockbuster movie.

In fact, archaeology can be an incredibly boring profession. Imagine how large the Earth is, and how many vast tracts of land there are to explore. What are the odds of actually finding anything? Digging up a dinosaur fossil seems nearly impossible, right? 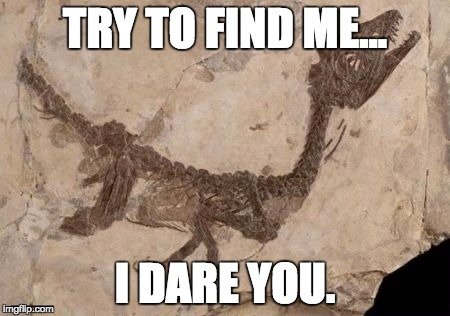 Yet, when world-renowned archaeologists choose a dig site, they almost always find something that changes the world as we know it, so… how do they know? Lucky shovels?

The Science of the Dig

For many people, archaeology is still a mysterious art; the ability to analyze and determine the location of significant historical sites seems like the work of prophets, but there are certain techniques that have been in use for centuries to identify the right places to bury a shovel and explore.

These techniques range from the simplistic to the highly technical, but all of them play a significant part in the discipline of archaeology. At the most basic level, there is surveying and investigation of local stories, documents, maps and artifacts, while at the opposite extreme, archaeologists often use GPR, metal detectors and magnetometry. All of these tools and techniques are used in conjunction within the field to determine the best possible sites to investigate. GPR would be useless without a narrowed-down area to search, whereas word-of-mouth hints would be fruitless if not for the advanced tools that save time and deliver results.

However, for those who want to understand the whole process, perhaps we should start at the beginning….

Human beings have plenty of foibles and follies, but one thing they do remarkably well is keep records. With the documentation available about topography and historical settlements, modern-day archaeologists can often read these old (or ancient) texts to determine where a good archaeological site may be. For example, if there is an elevated piece of rocky land that has likely been unchanged for tens of thousands of years, and if that site is near a body of water, then social, militaristic and defensive theory would suggest that a group of people may have lived there. 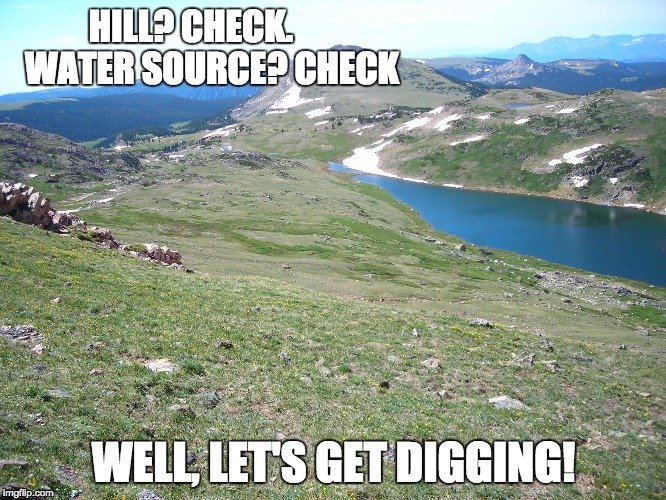 By studying the complexities of the existing land, archaeologists can often extrapolate what the area would have looked like hundreds or thousands of years ago, and thus determine (or guess) what a likely place for a settlement would be. Elevation and water sources are the best indicators, as high ground suggests a defensive position, while a water source is a crucial part of an economically viable and agriculturally sound society. Once an archaeologist identifies these topographical context clues, a relatively informed decision of where to dig can be made.

By definition, a survey consists of an archaeologist checking out a given area that they suspect might be valuable or of historical relevance based on land records, local rumors, or dumb luck. In many cases, archaeological sites are unearthed by construction crews, hikers, farmers or even pilots who spy strange formations from the air.

At that point, archaeologists will travel to the reported area and conduct a survey. This process may differ from one archaeological team to another, but it almost always consists of a series of test digs. A test dig can also take many forms: a number of square holes dug down in the reported vicinity to recover artifacts; periodic, shallower trenches dug in a given area for the same purpose; or deeper, vertical approaches when the site is believed to be much further underground.

These surveys often include a good deal of guesswork, as well as supposition based on faulty or unverified historical data. Even so, in the realm of archaeology, searching blindly in a field has been known to turn up the odd piece of pottery or Iron Age tool. It is all a matter of narrowing the search through data, information and logic, and then keeping your eyes peeled.

If you aren’t exactly sure where you need to dig, nor what you’re going to find, remote sensing techniques can be a major help for archaeologists. Geophysics is an emerging branch of archaeology that uses various tools to look beneath the surface of the Earth to make a better guess about where to dig. Ground-penetrating radar (GPR) and magnetometry are the two most common forms of such high-tech dig methods. Essentially, these devices narrow the search even more, after archaeologists have done their research and conducted preliminary surveys.

Ground-penetrating radar, as the name implies, is similar to the radar that we use in the air, except we aim it down into the ground. When those radar waves penetrate the ground, they will reflect back off of any irregularities beneath the soil. If you know what the energy transmission and reflection will look like from bedrock and other known archaeological features, then something that transmits differently may very well be a man-made creation. Fortunately, this sort of radar is non-invasive, meaning that it doesn’t change the character of the ground. If you are on a site of historical significance, as much care should be taken as possible, and this sort of technique helps ensure that. Basically, the opposite of this…

Magnetometry measures magnetic readings from beneath the soil, in a somewhat similar way to ground-penetrating radar. The mineral composition of soil should be rather standard if it has been untouched by humans, but if there was a settlement, burial ground, fire pit or large collection of artifacts, the magnetic resonance would be different. This sort of magnet-based detection does have its limitations, such as more modernized areas. There might be something beneath the surface, but it would be difficult to make a distinction between that and all the metal in the area.

Archaeologists use some or all of these techniques when choosing an adequate dig site, and while it may seem like a huge guessing game for laymen, these are actually tried, true and reliable methods to uncover the past! 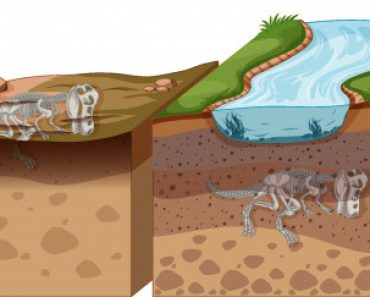