Gummy bear candy is a yummy confection made of gelatin, sweeteners, and other ingredients that come in varied shapes and in vibrant colors. Due to its flexible nature, it can be molded into a wide gamut of shapes and sizes, making it one of the most versatile confectionary items. Although it was first developed in Germany in the early 1900s, it was not until the 1980s that it became a fad, especially in the US. 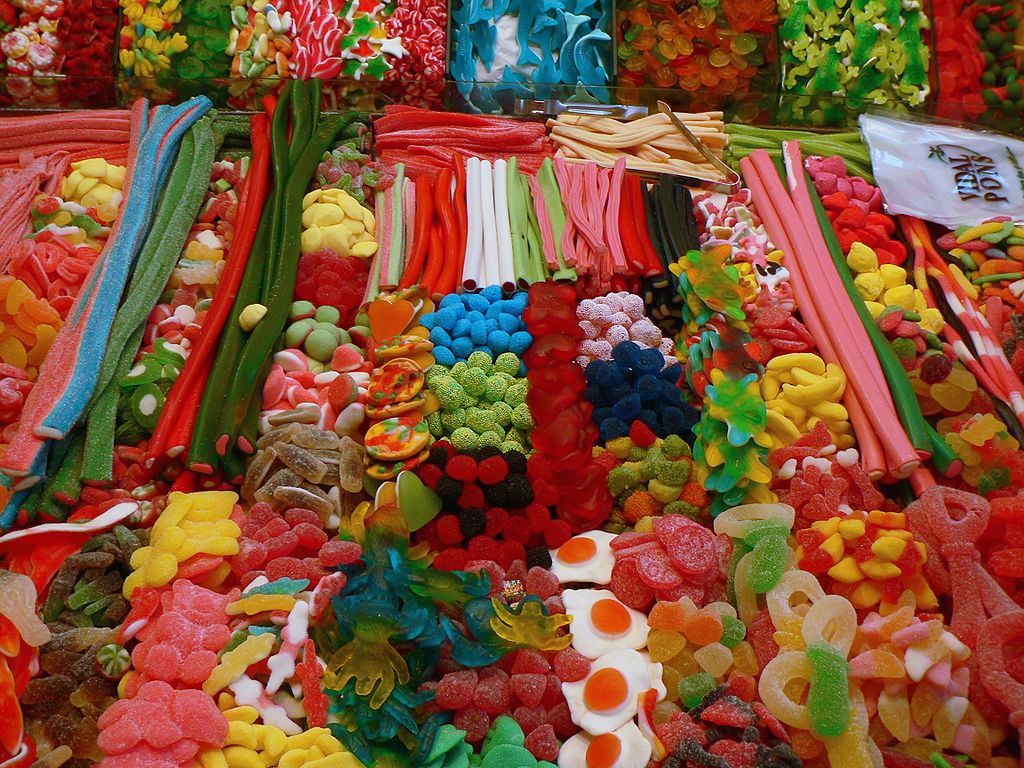 Gummy candy signifies a major advancement in candy technology. The technology used to manufacture gummy candies is derived from early starch and pectin formulations. German entrepreneur Hans Riegel is often credited for mass producing gummy candies first in the 1920s by establishing a company called Haribo. The global expansion of Haribo was restricted by World Wars and the Cold War in the mid-1900s. However, in the 1980s, when Haribo finally entered the shores of the US, its gummy candy product fast became a fad amongst the American consumers. The popularity was so great that even the other players in the sweet and confectionery business, like Hershey and Brach’s, started manufacturing their own gummy candy. Today, this succulent candy is available in countless shapes ranging from different animals to every fruit under the sun. 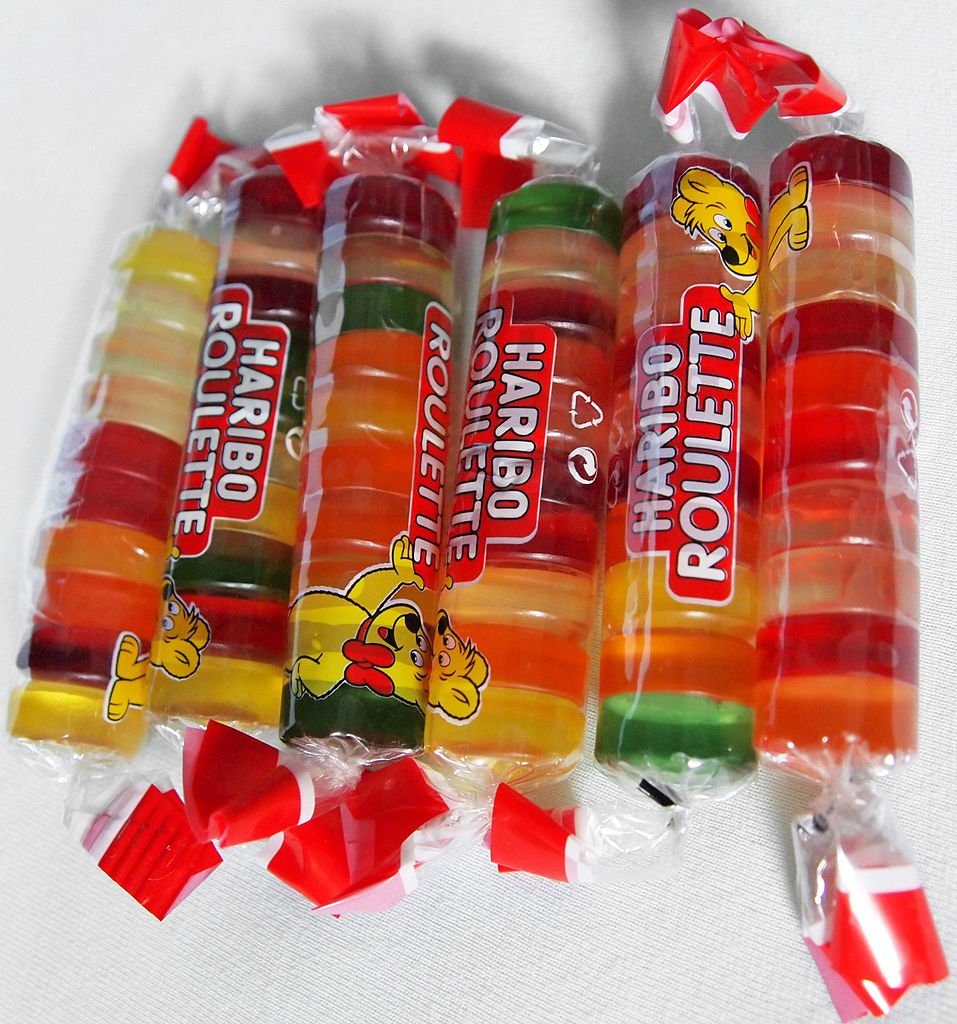 Experienced chemists and food technologists skillfully develop gummy candy recipes that are simply delectable. They blend together an assorted mix of ingredients and control various characteristics of the gummy candy, such as taste, texture and shape.

Gelatin is the main ingredient of gummy candy, with secondary ingredients being water, sweeteners, flavors and colors. Gelatin is a protein derived from tissues in animals. It forms a thick, gel-like solution when it is mixed with water. When mixed in an appropriate concentration, the gel takes on the texture of chewy gummy candy. 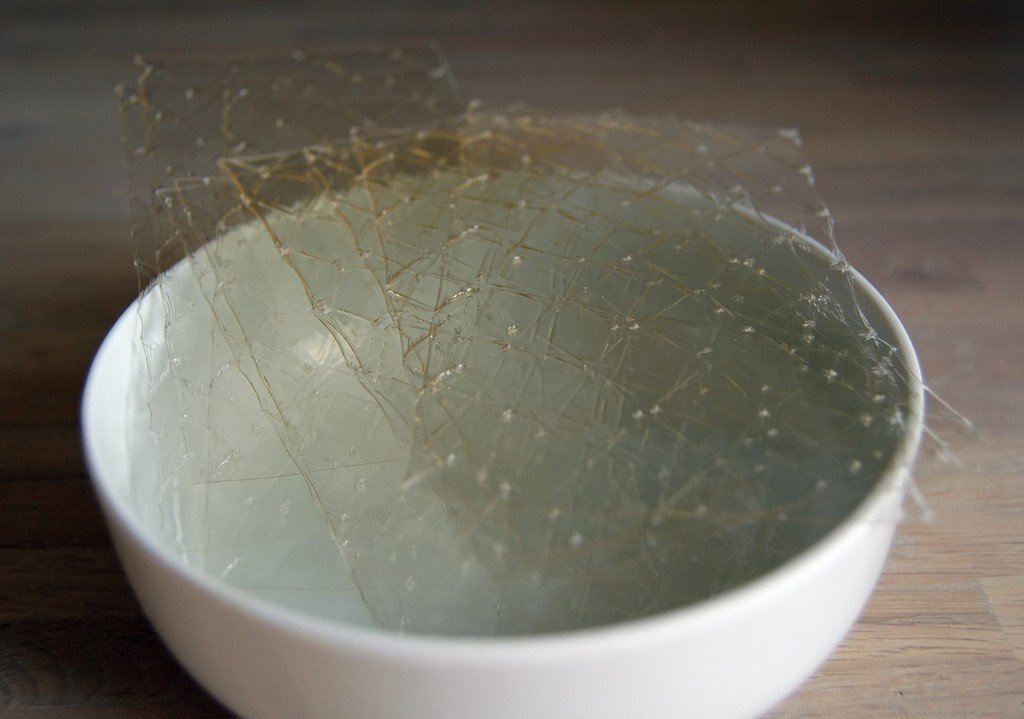 Gelatin, the main ingredient, is tasteless and odorless, so sweeteners and flavorings are added to give gummy candy its sweet taste. Different types of sugars are added as sweeteners, depending on the gum candy. Derived from sugar cane or beets, sucrose provides a high level of sweetness to most gummy candy. At time, fructose is added, instead of sucrose, as the sugar. Corn syrup is mixed with the candy, which helps in retaining the moisture. Additionally, some additives are added to prevent microbial growth on the gummy candy.

A starch molding process is a common way by which gummy candy is manufactured in an industrial setting. In this process, the candy is first made and then loaded into starched lined trays. These trays are then cooled overnight. Candies formed after cooling are removed from the trays and packaged. Now, let’s look more closely into the steps involved in the industrial production of gummy candy.

The manufacture of gummy candy starts with pharmaceutical compounding. Professional factory workers, called compounders, physically pour the correct amount of gummy raw materials into the main mixing container based on the given set of instructions for the candies. Mixing containers are large tanks equipped with heating and cooling capabilities. The compounding step is usually completed in an hour or two, depending on the type of the gummy candy. Upon completion of the compounding process, the batch is sent to QC (quality control) labs to ensure that the candies meet the requisite specifications. 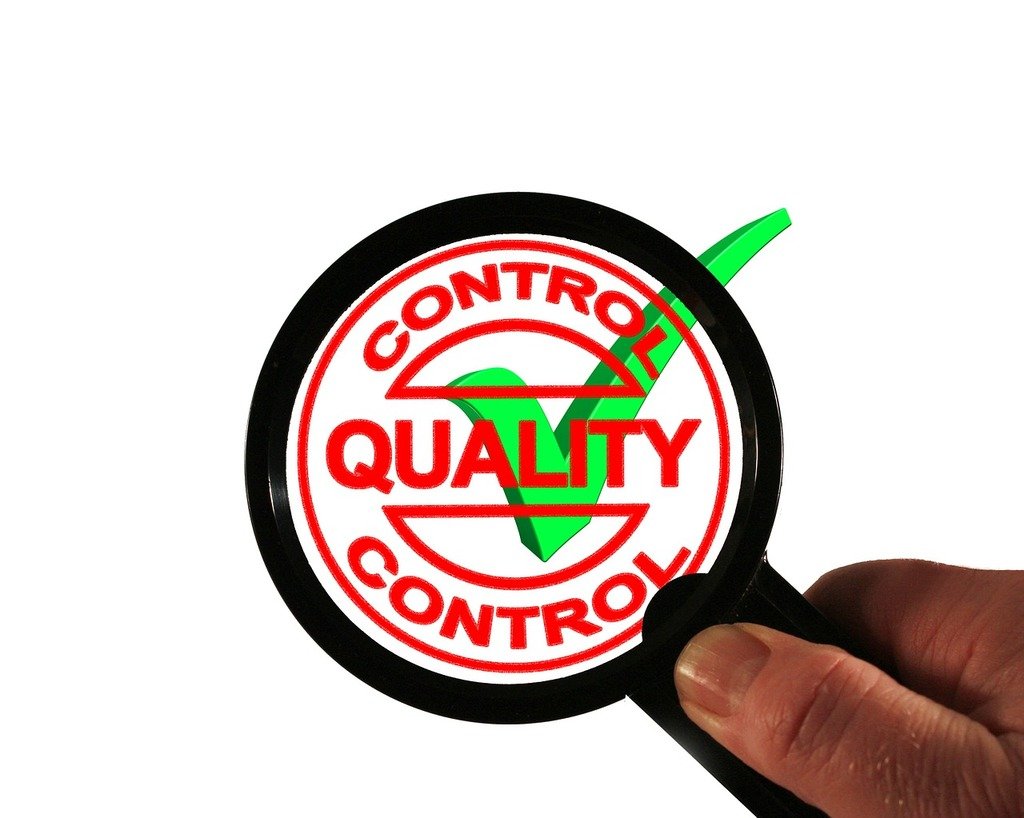 The first step in quality control involves the evaluation of the quality of raw materials. Testing involves assessing various characteristics, such as the form, odor, color and taste of the raw material. Many other characteristics, like the viscosity of the oil, pH of the liquid, and particle size of the solid are also studied by qualified chemists and technicians. The usual testing procedure involves comparing them with the company-specified or industry-specified standards. QC testing ensures that the ingredients produce good quality of gummy candy.

After passing the stringent QC test, the gummy candy batch is pumped to a starch molding machine called a Mogul. The Mogul performs multiple tasks pertaining to the making of a gummy candy automatically. It starts with cooling the trays filled with a mixture of gummy candy ingredients. The trays, after cooling, are sent through the conveyor belt into the final part of the assembly, called the starch buck.

Upon reaching the starch buck, the trays are emptied into a sieve, which is a vibrating metal screen. The sieve filters out any excess starch from the candy. The filtered pieces of candy then move along the conveyor belt for additional decoration or coating and are finally packed in their specified packaging.

Presently, the priority of gummy bears manufacturers lies in increasing the speed, efficiency, and safety of the manufacturing process. Especially in the case of the starch molding stage, safety is a major concern, as starch dryers pose an explosion hazard. The US government has recommended the use of spark-proof switches, blast walls and other such safety methods to minimize these hazards.

As consumers are always on a quest to devour new tastes and types of gummy candy, the lifeline of the businesses involved in gummy candy manufacturing lies in coming up with new gummy flavors and colors that customers will be drawn to buy and try!