The speed of light in a vacuum, denoted by c is a universal constant. But, it is not necessary that photons (particles of light) travel with this speed everywhere.

What does a photon and a pirate have in common?

Both of them travel at “c”!

“C” being, of course, the speed of light!

However, is it true that a photon always travels at the speed of light in a vacuum, which is the formal denotation of ‘c’?

There are a few things we need to understand before we can answer this question correctly.

Back to the basics

According to Albert Einstein’s photoelectric theory, light is not emitted continuously, but in discrete, quantized packets of energy called photons. Basically, a photon is the smallest discrete amount of electromagnetic radiation, which is massless. 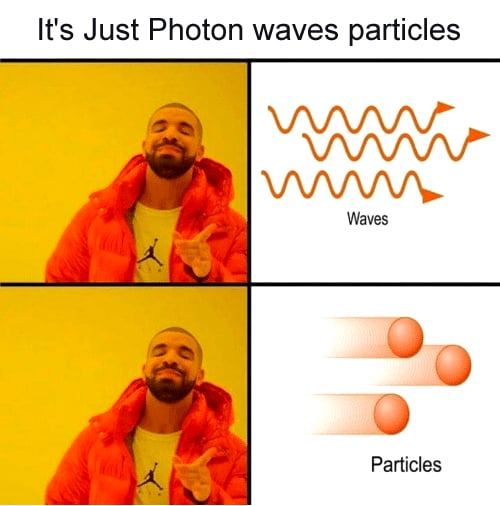 It’s interesting to note that a photon is both a wave and a particle, according to de Broglie’s hypothesis. Photons also display the properties of both waves and particles. Photons participate in the wave-like phenomenon of polarization, diffraction, and interference, as well as the particle-like phenomenon of the photoelectric effect and Compton scattering. 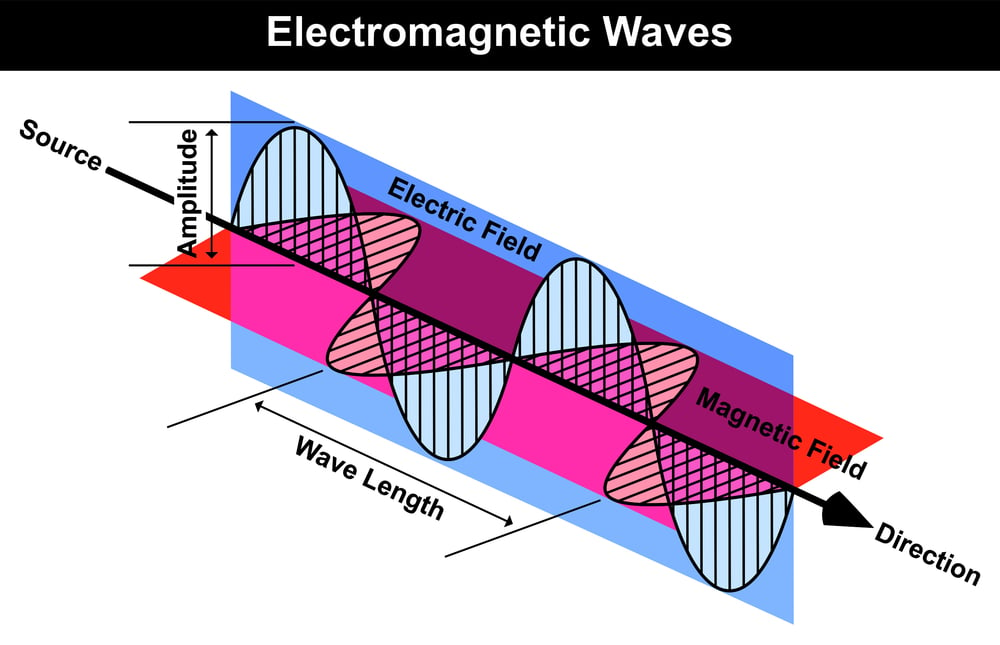 In an electromagnetic wave, the electric and magnetic fields vibrate perpendicular to each other (Photo Credit : udaix/Shutterstock)

From Maxwell’s equation, the velocity of Electromagnetic waves through a medium is obtained as:

where “c” denotes the speed of light in a vacuum, which is equal to 300,000 kilometers per second
ξ denotes dielectric constant of the medium μ denotes the magnetic permeability of the medium

Do all photons in the world move at the same speed?

From the above equation, it is clear that the answer to this question is NO, because we already know that a photon is also an electromagnetic wave.

The speed of a photon is dependent on the nature of the medium through which it is propagating, due to the interactions between the photon and the particles of the medium.

At the same time, it’s interesting to note that its speed in a vacuum is not dependent on the energy or frequency of the photon. For instance, the speed of energetic ultraviolet rays through a vacuum is the same as less energetic infrared rays. It is always a universal constant ‘c’, which is equal to 300,000 kilometers per second. 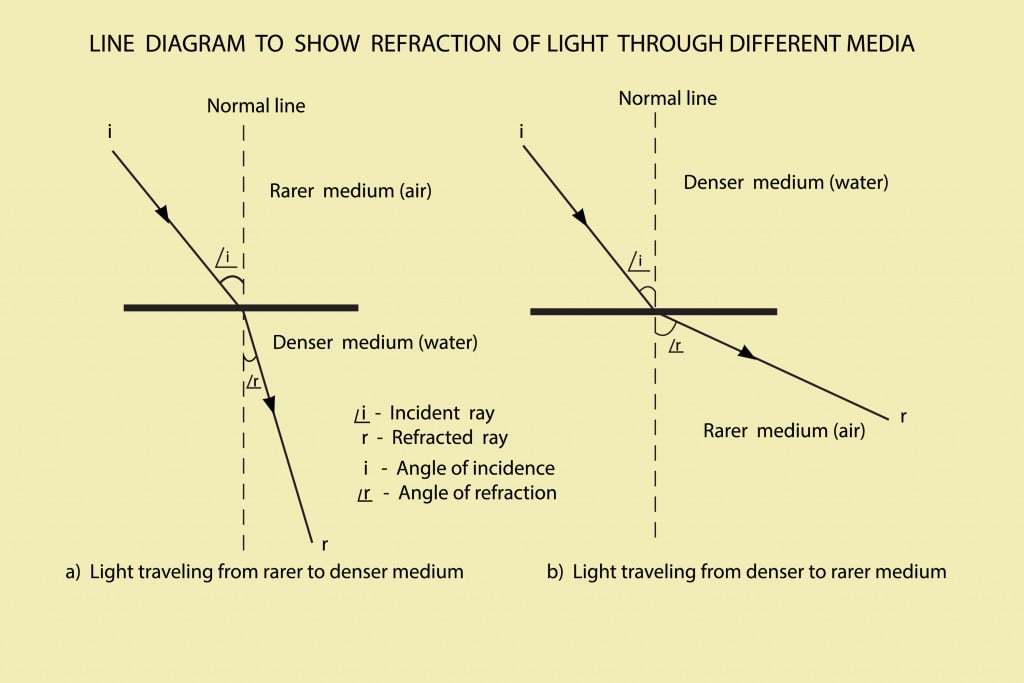 Due to refraction from one medium into another, the speed of light changes (Photo Credit : Amalakanti Satya Sarada/Shutterstock)

What happens if you travel at the speed of a photon?

That lightning speed and superhero costume of DC Comic’s character The Flash may have fascinated you in childhood and jolted your mind into dreaming of traveling at the speed of light, but is it possible? What exactly happens when you travel at the speed of a photon of light?

According to the theory of relativity, mass increases with an increase in speed. So, when you travel at the speed of light, your mass becomes infinite and things around you appear to slow down. This means that you’ll age slower than your counterparts in normal circumstances. This is called ‘time dilation’, meaning that time flows slowly for fast-moving objects. This hypothetical is in itself impossible to achieve, due to our physical restrictions. Therefore, it’s not possible to travel at the speed of light for human beings.

Let there be light!

Light is often considered to be the simplest particle in the universe, but did you know that light couldn’t travel freely for nearly half a million years? And since light is the source of visibility, it’s appropriate to say that there was darkness all around. It was quite a while after the Big Bang that the universe expanded enough to allow photons to travel and spread freely.

photosynthesis, This radiant energy is necessary for the metabolism of the environment" width="1000" height="573" srcset="https://www.scienceabc.com/wp-content/uploads/2021/11/Solar-radiation-is-radiant-energy-from-the-sun.jpg 1000w, https://www.scienceabc.com/wp-content/uploads/2021/11/Solar-radiation-is-radiant-energy-from-the-sun-300x172.jpg 300w, https://www.scienceabc.com/wp-content/uploads/2021/11/Solar-radiation-is-radiant-energy-from-the-sun-768x440.jpg 768w" sizes="(max-width: 1000px) 100vw, 1000px"> It takes sunlight 8 minutes and 20 seconds on average to reach Earth when traveling through the vacuum (Photo Credit : Nasky/Shutterstock)

So, as long as there is light—moving super fast, super slow or not moving at all—our lives are easier and the world around us is bright!