A bullet cannot knock one off feet because it has very low momentum. This is due to its small size and streamlined design, which concentrates a large amount of energy onto a small area. However, the recoil experienced by the shooter is much greater than the force of the bullet because there is no friction to slow it down.

Pick any action movie that involves a good firefight scene, and chances are that you will see at least one sequence where a victim is knocked off their feet after being shot by a gun; in more severe cases, you might even see gunshot victims being blown across the entire length of a room. Take, for instance, this scene from the 2008 movie, Martyrs.

The fact that gunshots are extremely dangerous and potentially lethal is a no-brainer, but does being hit by a bullet truly blow people away or send them flying through the air as they show in movies?

Can a bullet lift you off the ground?

Interestingly enough, the fact that a bullet cannot knock you off your feet and blow you away doesn’t seem as obvious as it should. Perhaps this is because we tend to associate muscle strength with power, without taking other factors into account. Being knocked off your feet after being punched by a particularly muscular man seems perfectly plausible (both in movies and in real life), because the punch delivers a huge amount of force to the victim. The same effect could be expected when being struck by a bullet, which travels much faster than a punch, so we assume that it is powerful enough to send the victim sailing through the air.

In reality, however, it isn’t. You see, firing a bullet – or doing anything that involves movement as a result of applied force – follows Newton’s third law of motion: for every action, there is an equal and opposite reaction. 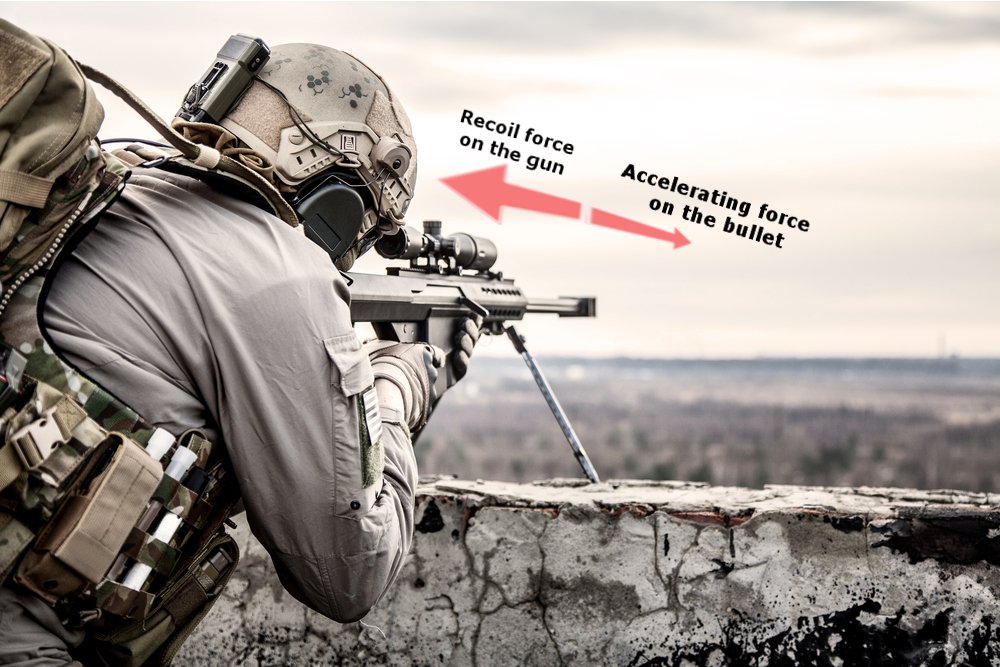 In the case of guns, this effect is realized through the notorious ‘recoil’. Also referred to as ‘kickback’ or simply ‘kick’, it is the backward force that a gun exerts on the shooter’s body, more specifically, on the part against which the gun is braced (typically the shoulder). Recoil is considered an undesirable nuisance of discharging a firearm, as not only can it potentially reduce accuracy, but it can do some serious damage to an inexperienced shooter.

Recoil can be pretty painful

Why can’t a bullet knock someone off their feet?

First of all, a bullet is a streamlined object, meaning that it is designed to minimize the effect of aerodynamic drag. The advantage of this design is that it concentrates a large amount of energy (high kinetic energy due to the virtue of its speed) onto a very small area, thus striking the target with a very high pressure, which facilitates penetration of the surface in most cases. However, due to its small mass as compared to a human, it has very low momentum, which is not enough to knock a human (who is tens of thousands of times heavier than the bullet) off their feet. 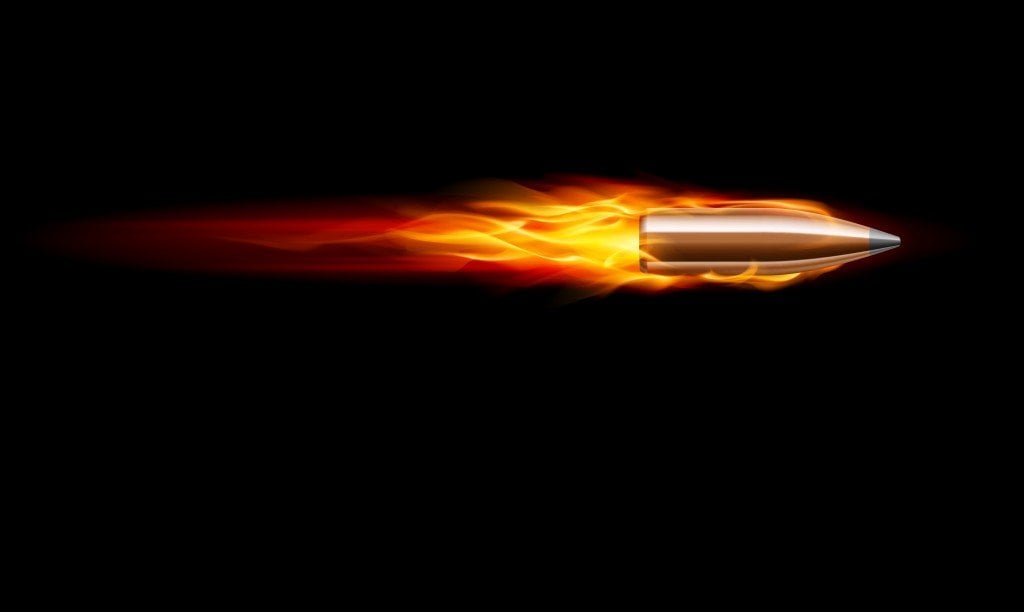 The streamlined shape of the bullet facilitates its motion through air (Photo Credit: Dvarg / Shutterstock)

If, by any chance, a bullet does knock a victim off his feet, the shooter would also be lifted off their feet and thrown backwards with an even greater force. This is because a bullet loses some energy on its flight due to aerodynamic drag and therefore hits the target with slightly less force. In contrast, the recoil doesn’t experience any friction and transfers the energy directly onto the shooter.

Note that there are some projectiles (like rockets) that CAN knock you down and even lift you off the ground (albeit not as dramatically as they show in movies), but those are very heavy projectiles and therefore possess a large enough momentum to knock a person off their feet.

A bullet can certainly jolt you a step or two backwards upon impact (usually due to pain, panic, shock or sheer surprise), but as far as the physics of getting shot is concerned, never bet on a bullet’s ability to send a person flying across the room… that’s just Hollywood movie magic!

Can a gunshot really knock you off?