Halloween is a beloved autumnal holiday observed in numerous countries around the world, and while Halloween traditions may differ around the world, the end of October and the beginning of November have been significant celebrations for a very long time.

As a child growing up in an American suburb, as soon as the first leaves began turning yellow, scheming and planning for the best holiday of the year would begin. Costumes had to be dreamt up, parties had to be planned, and houses had to be decorated with spiderwebs, demons and zombies clambering out from beneath the front yard. It was hard not to salivate at the thought of all the free candy that would be passed out from the most generous neighbors on the night of October 31st – Halloween! 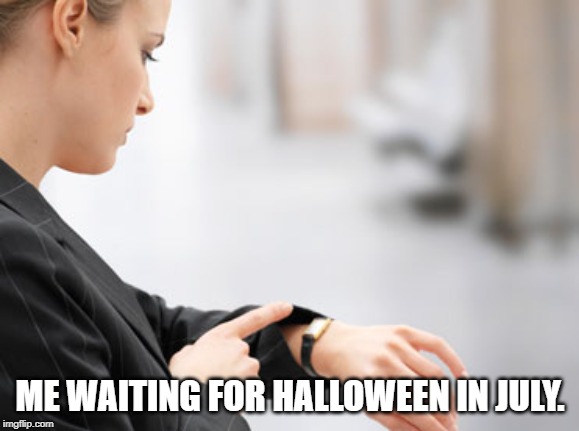 Yes, if you haven’t guessed by now, Halloween was one of my favorite days of the year. For those who may not know, Halloween is a beloved autumnal holiday observed in numerous countries around the world, and while Halloween traditions may differ around the world, the end of October and the beginning of November have been significant celebrations for a very long time, going back thousands of years.

The History of Halloween

2,000 years ago, the United Kingdom was a very different place, and much of it was inhabited by the nature-worshipping Celts and their mystical druidic traditions. This group of mysterious warriors had once spread across much of northern Europe, but had eventually been pushed back to the UK islands with the spread of the Roman empire. The Celts’ new year began on November 1, so the day before—October 31st—was marked by a very important celebration called Samhain. 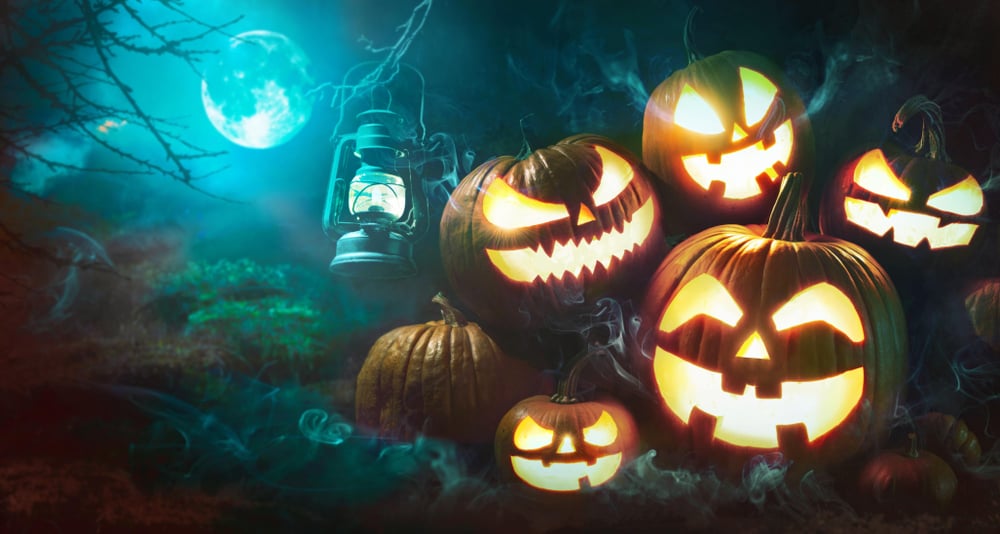 Samhain was in honor of summer’s end, and the inevitable approach of winter, the cold, dark and dangerous season where life was promised to no one. This transition between summer and winter was a sacred day, as it was believed that the spirits of the dead were able to cross into the world of the living on that particular high holy day.

Some of the traditions those Celts included in their Samhain feasting were huge bonfires to ward off any evil spirits and honor the Celtic gods, as well as wild costumes and frightening masks. Samhain was the day when “magic” was strongest, which included the ability to tell people’s future and communicate with otherworldly beings.

However, as mentioned, the sprawling Roman Empire had already chased the Celts back to the British Isles by the beginning of the first millennium, but they continued to push, both their territory and their cultural beliefs. Two other Roman holidays fell around a similar time, one to honor the dead and another to celebrate the harvest—Feralia and Pomona, respectively. Although the Celts still maintained their autonomy, the conflation of late-autumn holidays was already beginning.

Fast-forward another eight centuries and a slightly different empire—Christianity—was overtaking the hearts and minds of the Celts in the UK. In the 7th century, adoration for Christian saints and martyrs was on the rise, and All Martyrs Day, to celebrate their sacrifice in the name of their beliefs, was moved to November 1. Christian control and influence in Celtic lands continued to spread, slowly attempting to curb the pagan practices and beliefs of these nature-worshipping warriors. About 1,000 years ago, the Christian church introduced a new holiday, on November 2, called All Souls’ Day, in remembrance of the dead.

To keep things straight, this means that there was Samhain being celebrated on October 31st by the Celts, while All Martyrs (Saints) Day and All Souls Day were celebrated on November 1 and 2, respectively, by the Christians. Remember, they were also attempting to eradicate pagan rites and traditions in the British Isles. All Saints Day was sometimes known by another name, All-Hallows, so the day before it became known as All-Hallows Eve, which gradually changed to Halloween. 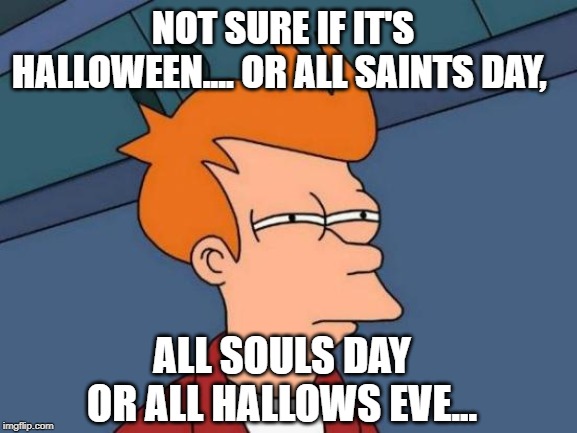 As the tide of power and spiritual influence shifted towards Christianity and away from paganism, particularly once the New World was discovered, this holiday period at the end of October and beginning of November became widely known as Halloween. Samhain remains sacred and observed by some around the world, especially those with Celtic roots or pagan beliefs, but Halloween has certainly won the battle of name recognition and broad acceptance!

Why Are Halloween Traditions So Unusual?

Every holiday that is widely practiced around the world has certain traditions that may seem slightly strange to outsiders, and Halloween is no exception. All Hallows Eve includes dressing up in frightening costumes, bobbing for apples, and asking strangers for candy, among others. That being said, all the traditions of Halloween can be traced back to other parts of autumnal pagan celebrations from the past.

Dressing up in costume is a remnant of Samhain, when worshippers would dress up in animals skins and masks. Since the boundary between the real world and the spirit world was so thin, demons and ghosts were believed to walk the earth. By dressing up like these supernatural beings, one would be safe if they encountered a “real” demon on the streets during Samhain. The connection of the spirit world and ghosts is why so many Halloween costumes are still scary, demonic, or supernatural in nature. In recent decades, dressing up as different characters and celebrities from pop culture, as well as funny or clever costumes, has become just as acceptable and normal.

Bobbing for apples is likely related to Pomona, one of the two Roman autumnal festivals that began to creep into Celtic practice in the first few centuries of the first millennium. Pomona was the Roman goddess of trees and fruit, so there was likely an abundance of apples around this time of year, so “wastefully” playing with this plethora of food makes sense! 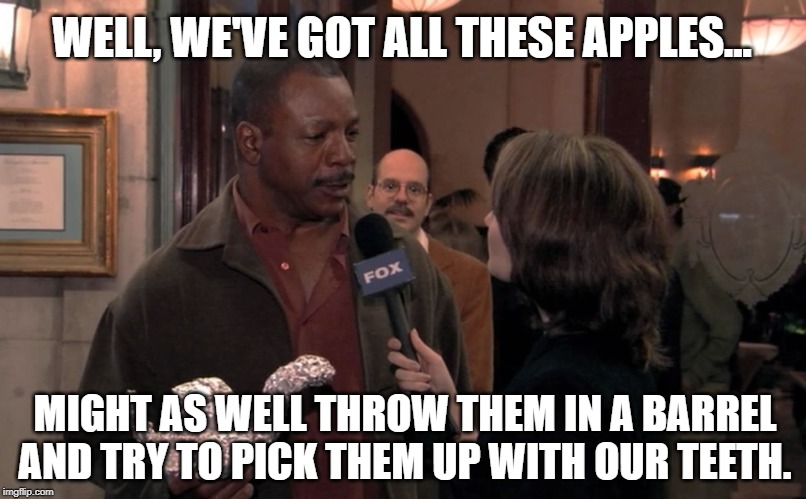 Trick-or-treating, the practice of young people going around to the houses of neighbors and friends to receive candy and other treats is perhaps the most unusual practice of the holiday. In the Middle Ages, this was known as “guising”, wherein children and adults would disguise themselves in costumes, go to other houses and offer songs/prayers in exchange for money or food. Over the years, this has developed into the tradition of asking for children playfully begging for food and money from neighbors and strangers alike, although the first appearance of the term “trick or treat” isn’t until the 1920s!

Where is Halloween Celebrated?

Although getting free candy and dressing up like scary monsters may sound like it has a global appeal, Halloween is only widely celebrated in Ireland, England, the United States and Canada. With the rise of globalization, Halloween and its traditions have been broadcast to the world, so there are those who celebrate it in other countries, but purely on a secular basis, and rarely linked to the original traditions of the holiday.

In Mexico, Latin America and other Spanish-speaking countries—many of which are predominantly Catholic and observe Christian traditions—a holiday called Dia de Los Muertos (The Day of the Dead) is celebrated from October 31-November 2. On October 31, children make altars to invite the spirits of dead children to return. On November 1, Dia de Los Inocentes (All Saints Day), it is believed that adult spirits come back to cross into the land of the living. Finally, on November 2, the actual Dia de Los Muertos, families go to the grave sites of their relatives for a sacred celebration, bringing food, flowers, music, stories and memories, sharing a holiday with their loved ones who have passed. 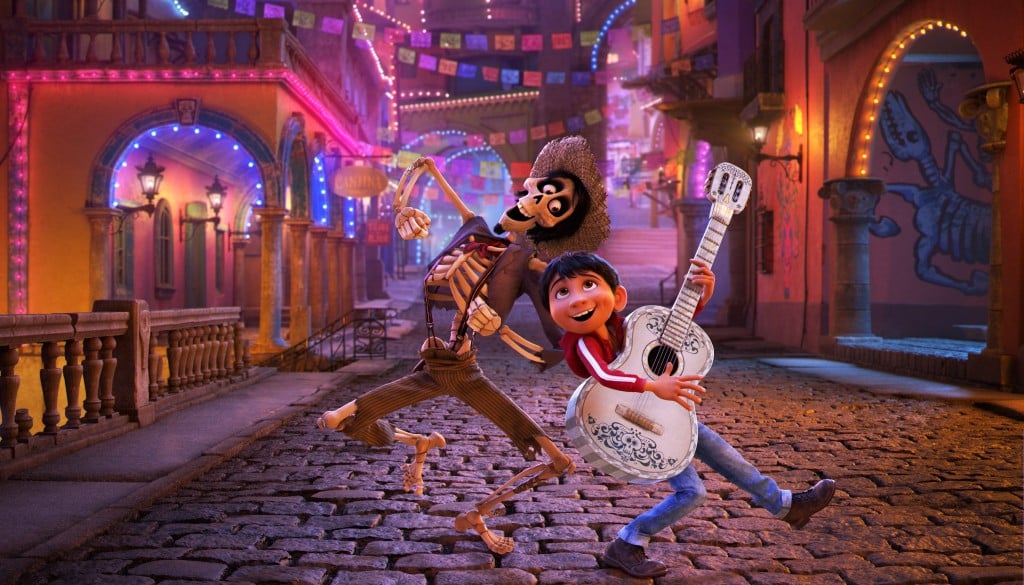 As one of the oldest holidays in the world, Halloween continues to capture the imagination of adults and children alike—and send shivers down their spine! There is a long, complex and often controversial history behind Halloween’s evolution from a sacred pagan festival to a whimsical excuse for candy-grabbing in American suburbs, but one thing can be said about this holiday—it is a yearly reminder that we can (and should) respect the memory of the past.