An ethical dilemma is a conflict between alternatives where, no matter what a person does, some ethical principle will be compromised. Analyzing the options and their consequences provides the basic elements for decision-making.

To do or not to do, that is the question you ask yourself every morning when you hit the snooze on your alarm. Life offers plenty of little dilemmas that kill you with a smile. Choosing between two of your favorite shirts, struggling to decide whether or not to get a haircut, choosing between the dinner you promised your girlfriend and an impromptu guys’ night out—you make a variety of decisions every day. 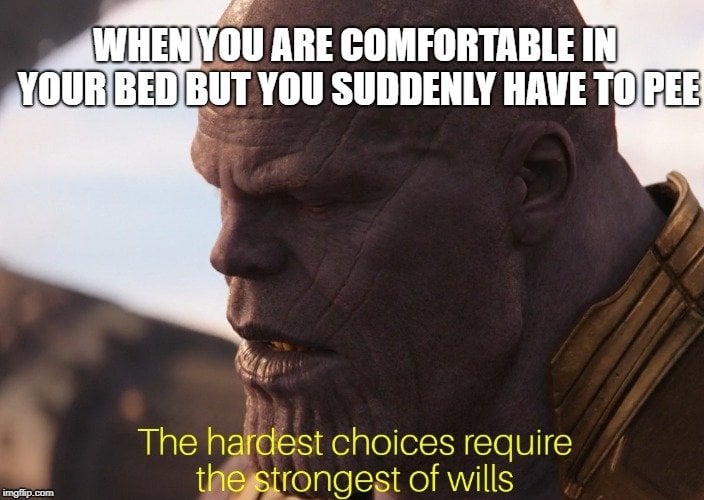 The little choices that you make in your daily life are probably quite different than ethical decisions. Ethical decisions involve analyzing different options, eliminating those with an unethical standpoint, and choosing the best ethical alternative. But that begs the question, what are ethics?

Ethics are the well-grounded standards of right and wrong that dictate what humans ought to do. These are usually put in terms of rights, duties, benefits to the society, fairness, and other specific virtues. They outline a framework to establish what conduct is right or wrong for individuals and broader groups in society. It’s important to recognize that our individual ethics must also engage with the ethics of other people involved in the situation, e.g., our parents, colleagues, clients, etc. The laws of the land, rules set by society, and policies set out by the organization one works for, philosophical schools of thought, moral foundations, and many other such considerations govern ethics. Thus, doing ‘the right thing’ becomes a combination of personal, professional, and societal ethics.

How Can You Decide If Something Is Ethically Right Or Wrong?

While deciding if what you are doing is ethically right or wrong, you can ask yourself the following questions:

Is there a law being broken? If yes, the issue is of disobedience with enforceable laws instead of the unenforceable principles of a moral code. If it is legal, there are three more tests to decide whether it is right or wrong.

Does the course of action have the stench of corruption? This is a test of your instincts and determines the level of morality on a psychological level.

How would you feel if your action showed up on the front page of the newspaper the next day? Most people would never do certain things if there was a chance that other people would find out about it. This is a test of your social morals.

This test involves asking oneself, ‘What would mom think if she knew about this?’ When you put yourself in the shoes of another person (who cares deeply about you), you get a better idea of what you’re doing.

These are the basic tests to find out if what you’re doing is right or wrong. However, you often face situations where you find yourself in a conflict between two right things. 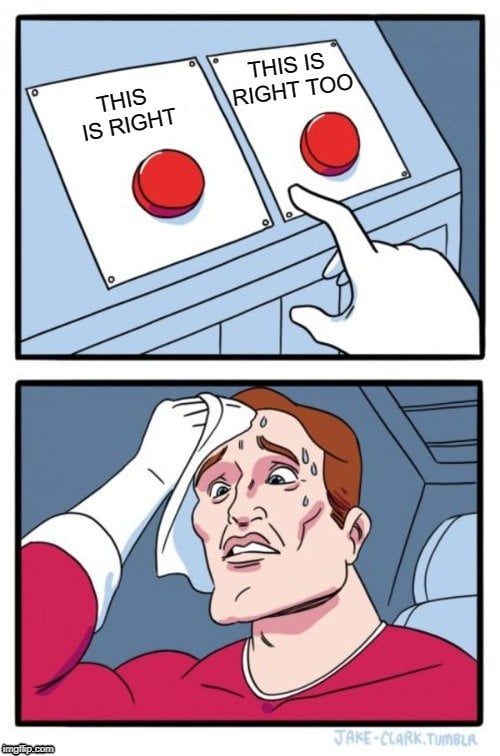 What Is An Ethical Dilemma?

An ethical dilemma is a conflict between alternatives where choosing any of them will compromise some ethical principle and lead to an ethical violation. A crucial feature of an ethical dilemma is that the person faced with it should do both the conflicting acts, based on a strong ethical compass, but cannot; he may only choose one.

Not choosing one is the condition that allows the person to choose the other. Thus, the same act is both required and forbidden at the same time. He is condemned to an ethical failure, meaning that he will do something wrong no matter what he does. When people encounter these tough choices, an ethical failure rarely occurs because of temptation, but simply because choosing any of the conflicting actions will involve sacrificing a principle in which they believe.

Conforming to facts or reality sometimes stands against your allegiance to a person, corporation, government, etc. Truth is right, and so is loyalty.

Also Read: Scientific Ethics: Why Are They Important?

Most people think it’s obvious to plan for the long term, even if it means sacrificing things in the short term. However, it gets tough to choose when short-term concerns demand the satisfaction of current needs to preserve the possibility of a future. Thus, it is right to think about both short-term and long-term concerns.

Justice urges us to stick to the rules and principles and pursue fairness without giving personal attention to given situations. Mercy urges us to seek benevolence in every possible way by caring for the peculiar needs of individuals on a case-by-case basis. Both justice and mercy are right.

When faced with an ethical consideration, we need to be clear about which values are at play. We need also to realize how easy it is to discard one of the values or to justify dishonesty because we want to avoid unpleasant confrontations. We do this by thinking things like ‘Everybody does it’ or ‘I will do this one last time’.

There can be different approaches to thinking about ethical decision making, although struggling with these dilemmas might give you a headache:

The utilitarian approach or the ends-based approach says that the actions are ethically right or wrong depending on their effects. It argues that the most ethical choice is the one that does the greatest good for the greatest number.

This approach rests on the belief that rules exist for a purpose and must therefore be followed. Basically, stick to the rules and principles and don’t worry about the result!

This approach puts love for others first. It is most associated with ‘Do unto others as you would have them do unto you’.

How To Resolve An Ethical Dilemma

What do you do when you find yourself in an ethical dilemma? How do you figure out the best path to take? Before thinking about which path is the most ethical one, be sure to spell out the problem and the feasible options at hand. Our mind often limits itself to two conflicting options and does not see the presence of a third, better option. Generally, philosophers outline two major approaches in handling ethical dilemmas after assessing the legality of the actions. While focusing on the consequences of the ethical dilemma, one approach argues ‘no harm, no foul’. In contrast, the other focuses on the actions themselves, claiming that some actions are simply inherently wrong. While these approaches seem to conflict with each other, they actually complement the other in practice. A brief three-step strategy can be formulated by combining these two schools of thought.

Step One – Analyze The Consequences.

When you have two options, considering the positive and negative consequences connected with each option gives you a better outlook on which option is better. 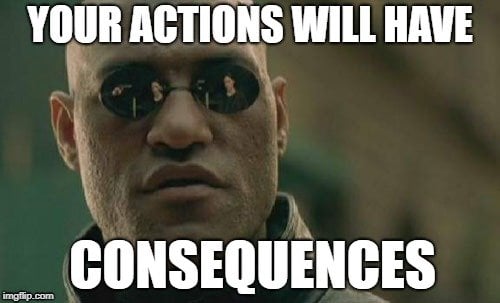 It is not enough to count the number of good and bad consequences an option has; it is also important to note the kind and amount of good it does. After all, certain ‘good things’ in life (e.g., health) are more significant than others (e.g., a new phone).

Now, look at those options from an entirely different perspective. Some actions are inherently good (truth-telling, keeping promises), while others are bad (coercion, theft). No matter how much good comes from these bad actions, the action will never be right. How do your actions measure up against moral principles of honesty, fairness, and respecting the rights and dignity of others? If there is a conflict between one or more of these principles, consider the possibility of one principle being more important than the others.

Each of the above approaches acts as a check on the limitations of the other and must therefore be analyzed in combination. They provide the basic elements that we can use in determining the ethical character of the options at hand and make the process relatively easy. When you find yourself in a fix, consider speaking to others about the situation and getting the opinion of more knowledgeable people to find a possible solution.

Once the decision is made, explain it to those who will be affected by your decision. Be aware and reactive to new developments in that situation that may require you to make changes in your course of action. It will also help reflect on your past actions and consider whether there is anything you can do to prevent the dilemma from happening again.

Also Read: What Is A Moral Compass And Is It Quantifiable?

How well do you understand ethical dilemma? 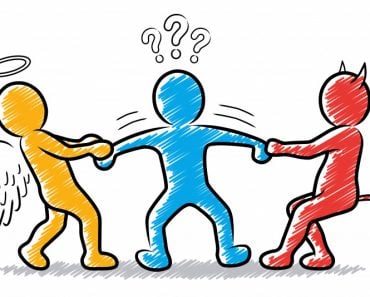