Colonialism refers to the domination of one group over another using power. However, there are still 16 territories around the world that are under colonial rule.

Do you wonder why English and Spanish are among the most important languages to learn? Or why are they the most widely used languages in the world?

The answer is colonialism.

To understand what colonialism is and how deeply it has affected human history, imagine you’re back in high school. There’s always a cool group in the class, and everything they do is considered important; the rest just try to follow in their footsteps to be “cool.”

If a geek has something important to offer, the rest of the class doesn’t consider it important unless the “cool” group likes it. 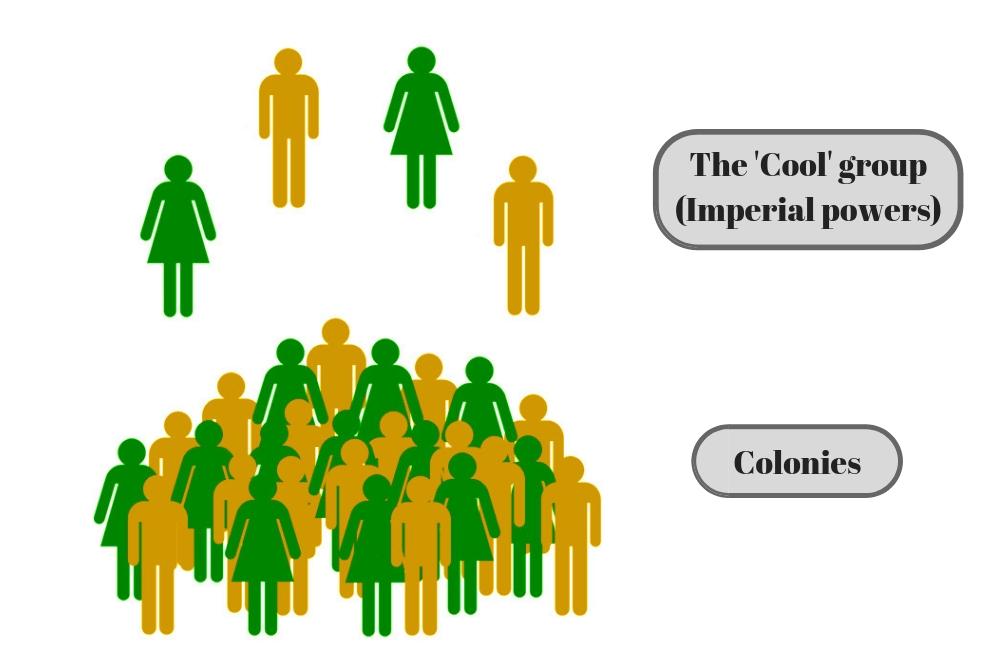 Here, Europe is the cool group.

The group or nation that dominates others is called a colonial power or imperial power, while the subjugated nation becomes a colony. This power play that colonial states use to exploit other nations for their own personal advantage, impose their culture, religion, and education, use their resources, and perhaps even physically settle there is colonization.

How Did Countries Colonize Other Countries In The First Place?

By 1914, most of the countries in the world had been colonized by Europe. The primary motive was to become a planetary superpower and dominate the world. Thus, many European countries, such as Italy, Portugal, Greece, Spain, England, and Germany, began acquiring colonies, leading to the colonial division of the world.

Thus, most of the countries in Asia and Africa were now colonies. Australia had become a settlement colony where British officials could settle and use it as a prison since no one could escape the island country.

It all began during the Age of Discovery when European nations began to seek new trade routes; Christopher Columbus and Vasco Da Gama discovered new lands. These Europeans were able to acquire these lands because the indigenous tribes did not believe in owning land as the Europeans did.

Europeans regarded the indigenous tribes as savages, cannibals, and barbarians; under the guise of trade, Europeans began to invade these new lands and claim ownership of them. 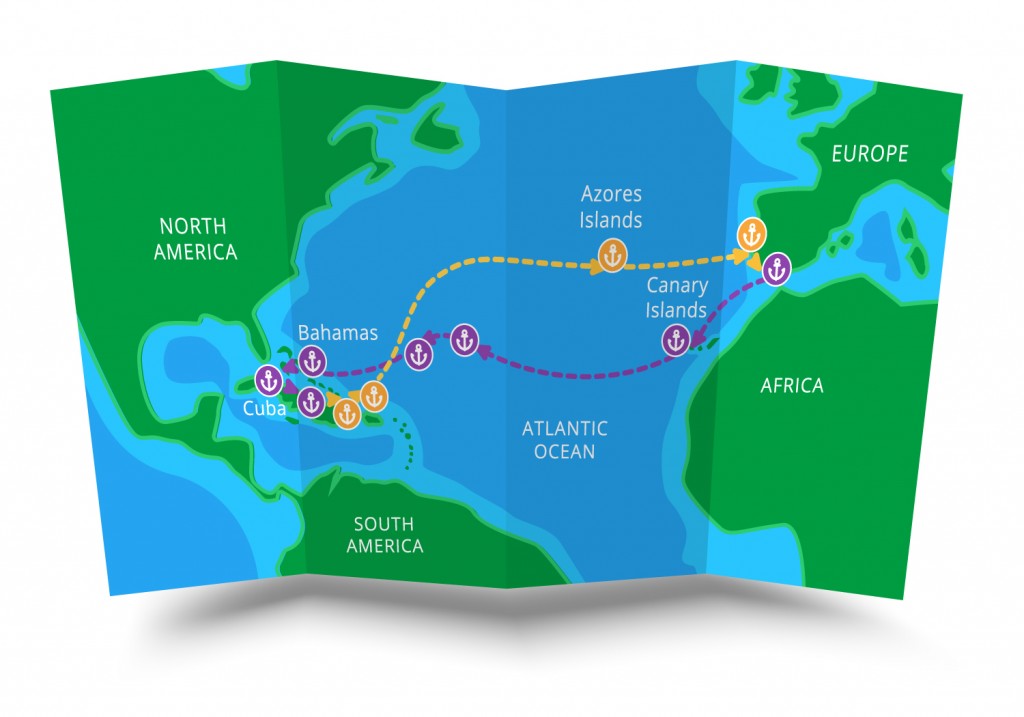 Also Read: What Is Feudalism?

Their conquests were skillfully disguised with the religious justification of civilizing the savages, as if it were the moral responsibility of Europe to do so, leading to the spread of Christianity.

After worshiping the elements of nature for millennia, the indigenous tribes of America and Africa were forcibly converted and forced to embrace Christianity, which is why it is one of the most important religions in the world.

Was Colonialism A Curse Or A Blessing?

Let’s start with the blessings, for there are not many of them, given the ironically barbaric behavior of the colonists. The colonists invested in infrastructure, trade, medical facilities, and technological advancements in their colonies. They helped establish democratic systems of government and spread literacy.

Under the guise of religion, a great deal of military action was taken against the indigenous tribes. The Hispaniola people were reduced to 15,000 from 250,000 under Spanish rule. Similar acts of warfare were seen in Africa and other colonies that tried to revolt against colonization.

We’re all aware of Black Slavery and the years of racism, slavery, and dehumanization that those people endured.

Indigenous peoples were sold as slaves to the “whites” or taken as soldiers to fight battles, especially in the world wars. White culture, education, and religion were imposed on the colored peoples against their will.

Colonization also had a profound psychological impact, not only on their land but also on their minds. The colonists felt like an inferior race compared to the “whites,” which destroyed their self-esteem and poisoned their culture. 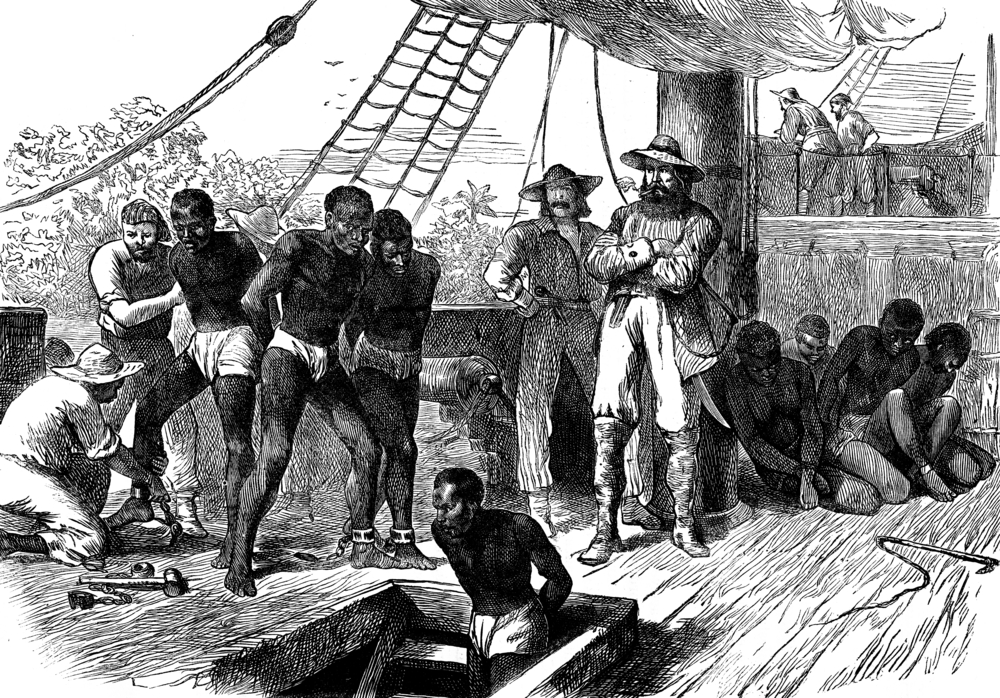 Are Some Territories Still Colonized?

After countless wars between colonists and colonies, a wave of decolonization swept the world in the twentieth century, liberating most nations from colonial rule and establishing their independent identity. After the founding of the United Nations in 1945, a political revolution protected the territories of all nations and maintained international peace.

Territories include the Falkland Islands, Bermuda, the Cayman Islands, the United States Virgin Islands, Gibraltar, French Polynesia, Guam, and others.

16 territories are still colonized, according to the list of the UN (Photo Credit: nexus/ Shutterstock)

These territories are not just small marks on the world map but actually have significant economic importance for the colonists. The Cayman Islands and Bermuda are on the top ten list based on GDP per capita, and Guam provides important regional security. Gibraltar and the Falklands are diplomatically disputed, so it is becoming difficult to decolonize them.

Colonialism is nothing more than a vicious and greedy power play. Besides physical decolonization, decolonization of the minds of the colonies is also important, as colonialism still influences the memory and attitude of the victims, many of whom have difficulty detaching themselves from these horrors.

Test your knowledge about residual colonialism

Take a short quiz and test your knowledge.