A hemocytometer is a specialized slide which is used for counting cells. It is actually a glass slide which has a 3×3 grid etched into it.  Carved in it are intricate, laser-etched lines that form a grid. It also has its own coverslip.

Anyone who has anything to do with microbiology, biotechnology, pathology, or other related fields needs to be familiar with a hemocytometer. Used to count different microparticles or microorganisms, a hemocytometer is a special slide and much more expensive than an average glass slide.

It can be used to count the number of red blood cells in a sample and white blood cells, microbes such as yeast, and many others.

What is a Hemocytometer?

The hemocytometer looks like an average glass slide, only heavier from a distance, but it is much more than that. It also has its own coverslip, which is different from a regular coverslip. On the slide, there are marked grooves that appear like an ‘H’. The horizontal line of the ‘H’ separates the 2 grids for counting. Therefore, each slide has two identical grids for counting cells. The depth of these 2 grids is a fixed 0.1mm 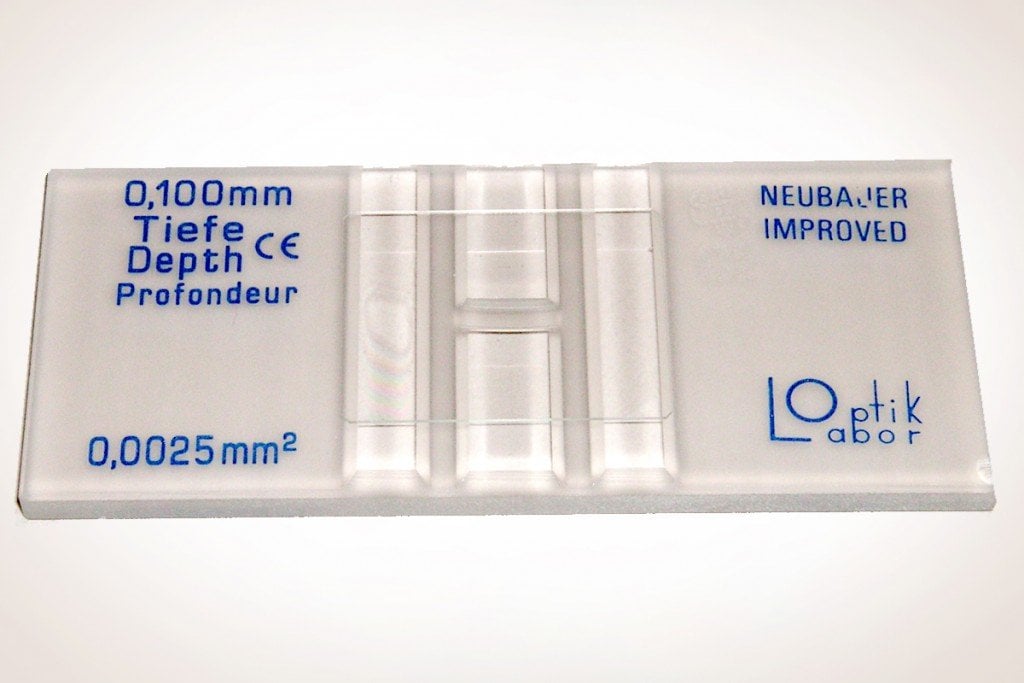 Let’s talk about the grids.

Each grid is a square with the dimensions of 3×3 mm2. This square has three equidistant vertical and horizontal lines. These divide it into 9 smaller squares of 1×1 mm2 each. These are separated from each other by triple-ruled lines. Of these 9 squares, the 4 corner squares are used to count bigger cells, like WBCs, while the center square is used to count smaller cells, such as RBCs. 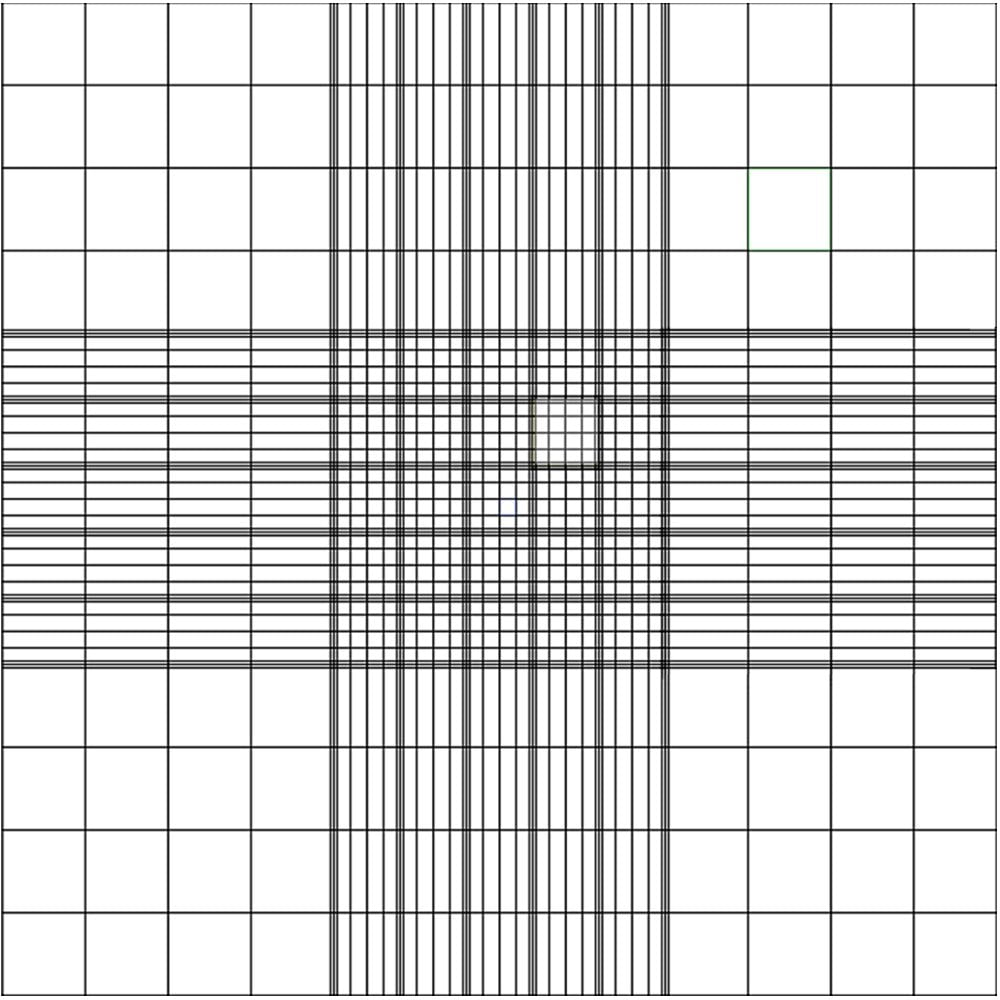 This covers the structure and design of the hemocytometer, but to understand how counting and calculation is done, let’s consider the example of counting WBCs for the corner squares, and RBCs for the center square.

RBCs, being smaller in size and larger in number, are counted in the center square. This has a greater number of divisions and therefore makes counting easier. As mentioned above, the center square contains 25 smaller squares. The area of each of these is 1/25 mm2, which is 0.04 mm2. Once the sample is loaded, not all the cells are counted. Out of 25, any 5 squares are picked for the counting. The division of each of these 0.04 mm2 squares into 16 smaller ones makes it easier for the person to count the number of cells rather than just having to count in an empty square. There are a number of patterns to select the 5 squares that should be counted. The corner 4 and center square can be picked, or any of the diagonal lines of squares. 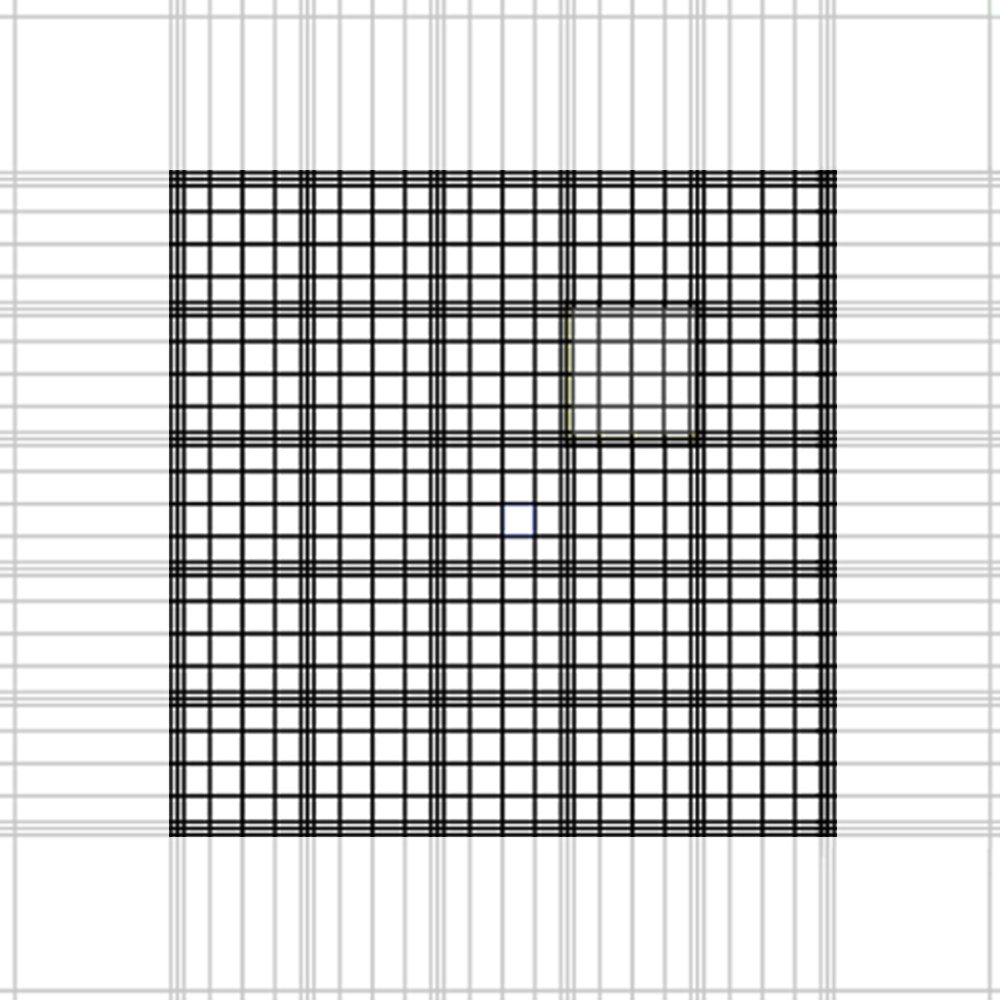 Once the number of cells in 5 squares has been counted, their mean is taken.

Counting pattern for the center square

Rules to be observed

While counting cells, certain things require attention. Some cells may not lie either inside or outside the square. Rather, they may fall on the border. Therefore, a simple practice of including cells that fall on the top and left border and excluding cells that fall on the bottom and right border is followed. However, this is not a rule. The basic principle is that any 2 adjacent borders should be counted, and the remaining 2 borders should be rejected. Also, this selection criteria must apply to all the squares being counted. 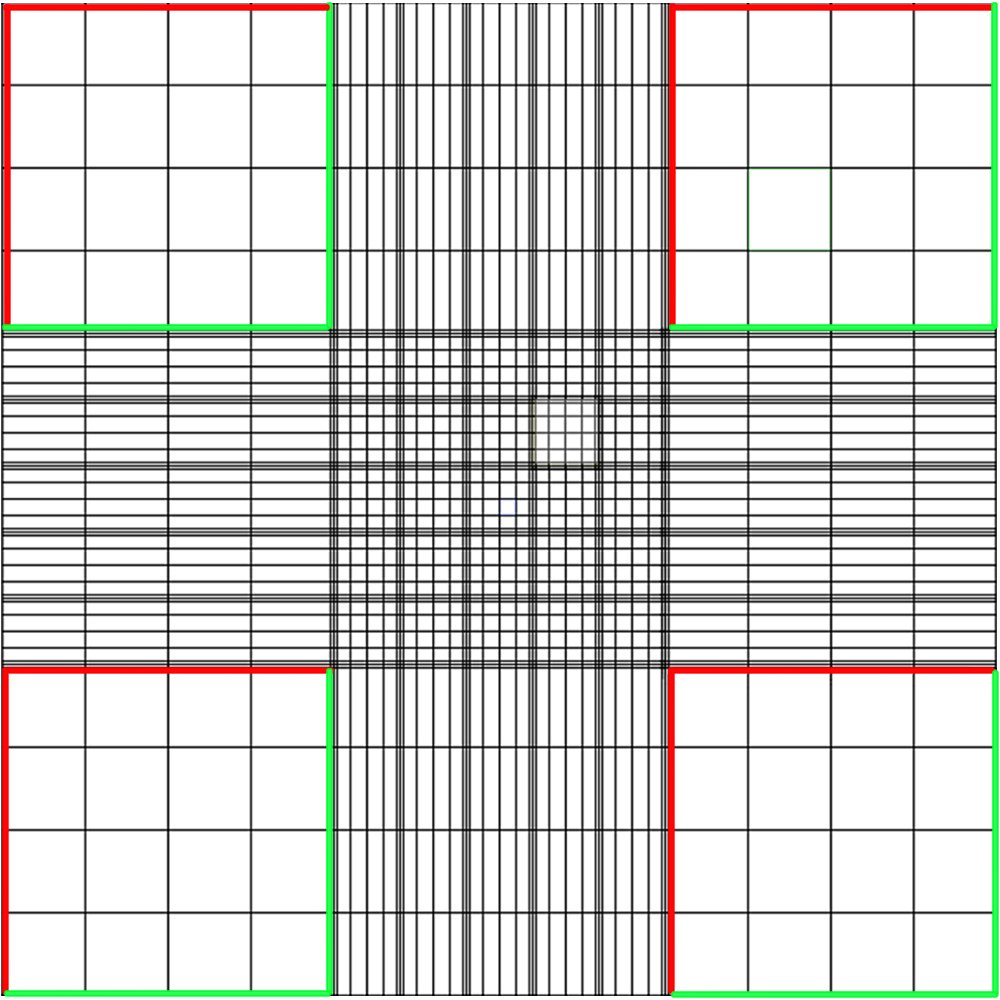 Sometimes the solution of the sample can be too concentrated. If it is too highly concentrated, the cells overlap and the counting is therefore incorrect.

Understanding how a hemocytometer work is necessary for a number of laboratory tests as they have an accuracy of within 20% of the automated answers.

So… you are welcome! You now know how to use a hemocytometer… theoretically.