An elementary particle can gain a certain amount of mass depending on how it interacts with the Higgs field.

The concept of mass has always been central in physics; it has posed some very important and deeply troublesome questions for scientists throughout the years. For starters, why do particles have mass at all? Conversely, couldn’t mass be considered as a given?

So, when a particle with the properties of Higgs-Boson was captured, physicists were elated. The reason that this much sought-after entity derives so much importance is that it is able to explain what gives particles their mass.

The Standard Model of Particle Physics has, arguably, been physicists’ most successful attempt yet at describing the visible matter in the universe at a fundamental level with only a handful of ingredients.

The Standard Model, which tells us what matter is made of (fermions) and how it holds together (bosons), presupposes that all particles are massless initially, but are imbued with masses through their interactions with the hypothetical Higgs field, which permeates the universe. This is the essence of the Higgs mechanism. While some particles ignore the Higgs field, others interact with it, which is why they gain mass, while others remain massless.

How The Higgs Field Gives Mass

Wondering how this happens? Here’s a quick analogy. Remember the paleontology conference in Friends? Yes, the one in Barbados, where Ross delivers his keynote speech. Let’s imagine for a bit that we’re attending that conference with Ross and friends. So, we’re in the hall and Ross is about to give his speech. The hall in this analogy represents space, while everybody who has gathered at the hall collectively represents the Higgs field. Ross and Joey are the particles that pass through the field. 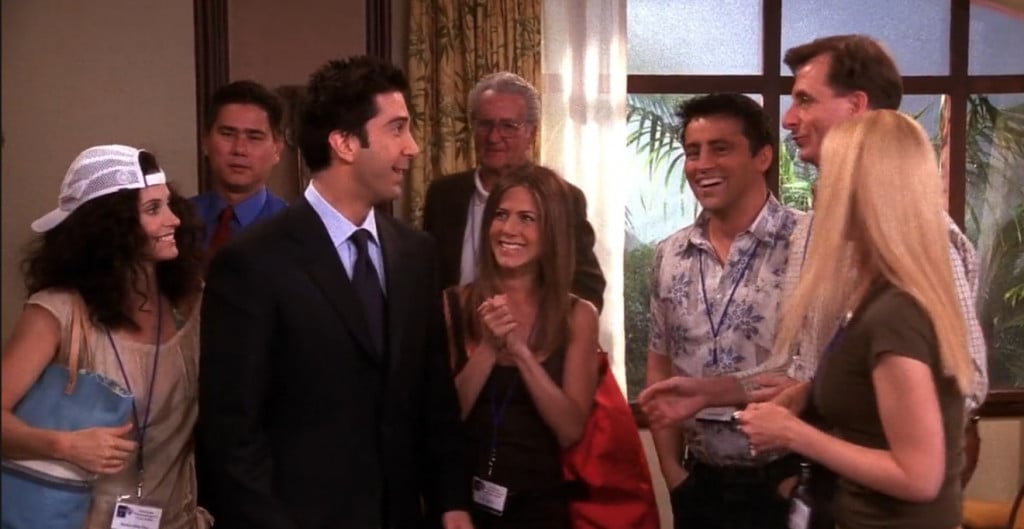 After the conference is over, as Ross makes his way across the hall to leave, paleontologists swarm around him to congratulate him on his talk.

Let’s assume that the gatherers are uniformly seated across the hall. As Ross is moving, the people he comes close to interact with him, and after having done so, return to their seats. Because the paleontologists try to talk with him, Ross’s movement through the hall is impeded. The more he interacts, the more difficult his passage becomes, and consequently, the more massive he gets.

However, the same cannot be said for Joey. Notice how he doesn’t interact with the group of people in the same way that Ross does?

The paleontologists don’t want to talk to him, so he can cross the hall without any interception, much like a gluon or a photon that does not interact with the Higgs field and consequently acquires no mass. Ross and Joey both enter the hall with zero mass, but Joey acquires no mass, and thus remains massless. Ross, however, due to his interactions with the crowd, has become a massive particle.

Also Read: What Is The Higgs Boson? 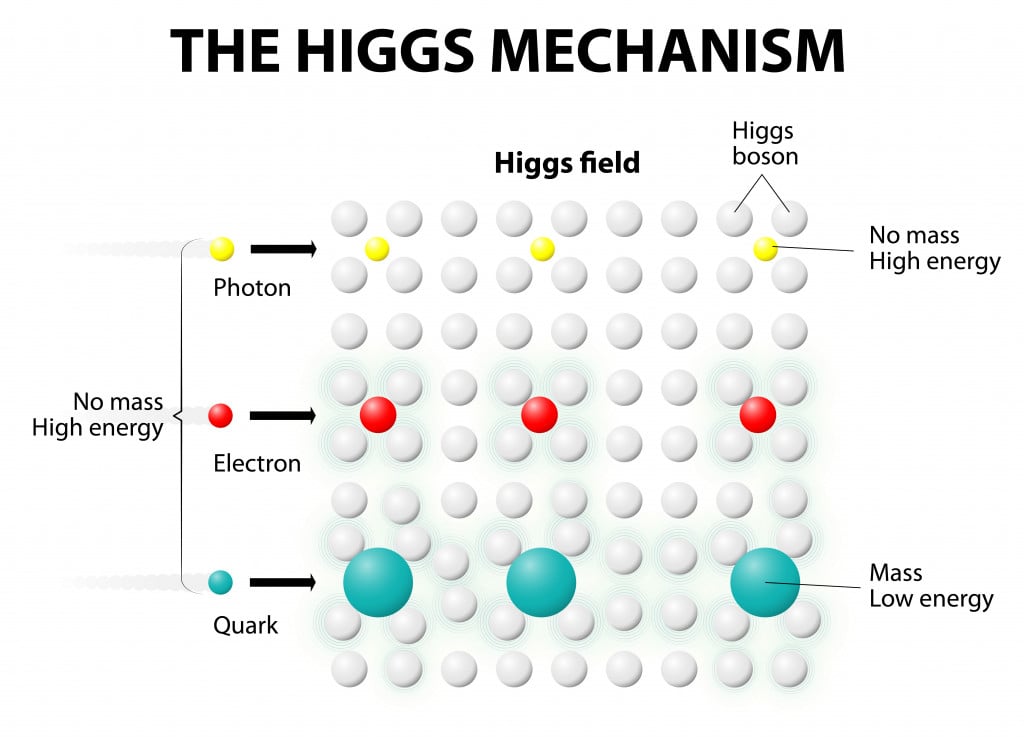 A particle acquires more or less mass based on on how it interacts with the field (Photo Credit : Designua/Shutterstock)

Now, you may ask, where does the Higgs boson fit into all this? And a reasonable question that would be. After all, we have been talking about the Higgs field without any mention of the boson. But to answer that, we need to think in terms of fields instead of particles, since it is not the Higgs boson that plays the role of mass-imparting agent, but rather the Higgs field.

The Connection Between The Higgs Field And Higgs Boson

While our understanding of what constitutes the observable universe has come a long way since the ancients thought that it all boiled down to four elements—air, water, fire and earth—to make up everything in our universe, in our attempts to find the smallest indivisible unit of matter, many have ended up with the impression that it is the particles that are fundamental.

However, that is not how things are, according to modern physics. As it turns out, it is the fields that are fundamental.

So, what is a field? We have all felt the effect of a field while holding a magnet near a piece of iron. A field is something with which one object can affect another without any physical contact between them.

For example, a field could be magnetic, like the one caused by Earth’s magnetic interior that affects compasses, or it could be gravitational in nature, like the one that pulls us down towards Earth.

Every particle in the standard model has a field associated with it. What one perceives as particles are actually excitations of fields, just like waves in an ocean. The Higgs boson too, like all other particles, arises from the excitation of its associated field – the Higgs field.

To prove the existence of this mass-giving Higgs field, the theory derived by Peter Higgs and his colleagues required the Higgs boson to manifest itself as a result of a disturbance created in the Higgs field. 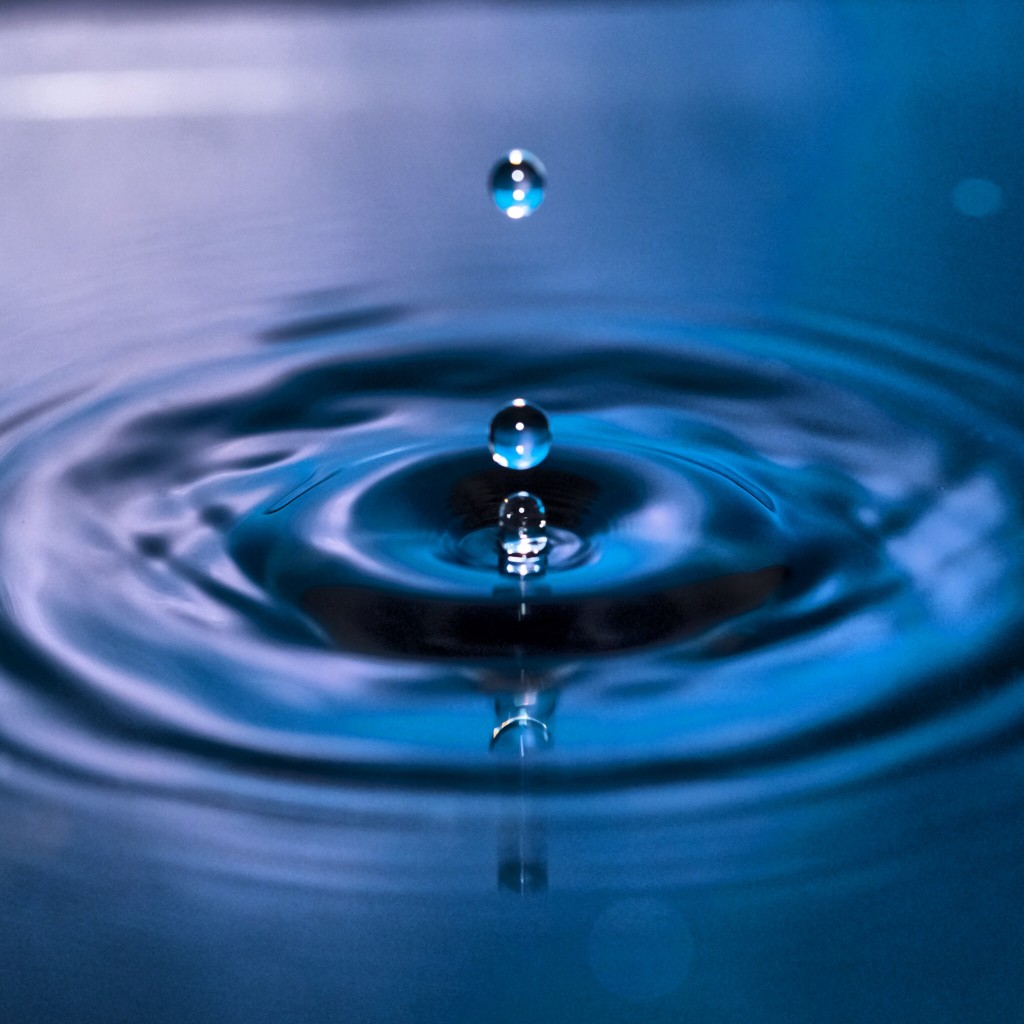 Also Read: What Is The Standard Model Of Particle Physics?

Let’s go back to our analogy now.  We are back in the hall and the speakers and Ross aren’t there yet. Chandler, out of boredom, decides to start a rumor, which causes the conference attendees to group together and discuss it; as the rumor travels through the room, this causes groups to form and disperse like waves. These groups are Higgs bosons.

Empty space or vacuum is not really empty, but has countless virtual particles associated with various fields flitting in and out of existence. However, in a vacuum, the expectation value of these fields happens to be zero, which means that on average we can consider the perfect vacuum to be devoid of particles. Only the Higgs field has a non-zero expectation value in vacuum, i.e., all of space is filled with it. The Higgs field’s pervasive nature is what allows it to interact with elementary particles and endow them with mass! 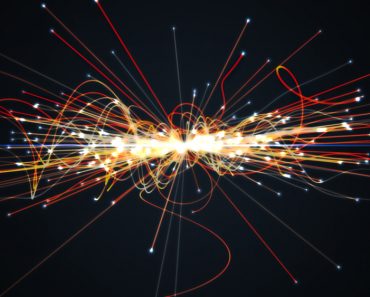