Huddling is a protection strategy for the penguins of Antarctica. This behavior protects them against the icy-cold winds and extremely cold weather of the region.

Animals have evolved different mechanisms to brave the conditions of the habitat in which they live. Camels have hump(s) that can store food that sustains them for days, weeks, or months. Polar bears have fur covering their body to provide insulation. Whales have blubber (a layer of fat under the skin) to survive in frigid waters.

And the list goes on… Meanwhile, our friends from Antarctica have another way to keep themselves warm. I am talking, of course, about penguins! The mechanism they use is particularly interesting—huddling.

The Collins dictionary defines huddling as “sitting, standing or lying close to others, especially when frightened or feeling cold.”

This is exactly what the Emperor penguins of the Antarctic do to stay alive. At first glance, it looks like the penguins are discussing some important agenda item in a massive congregate meeting. 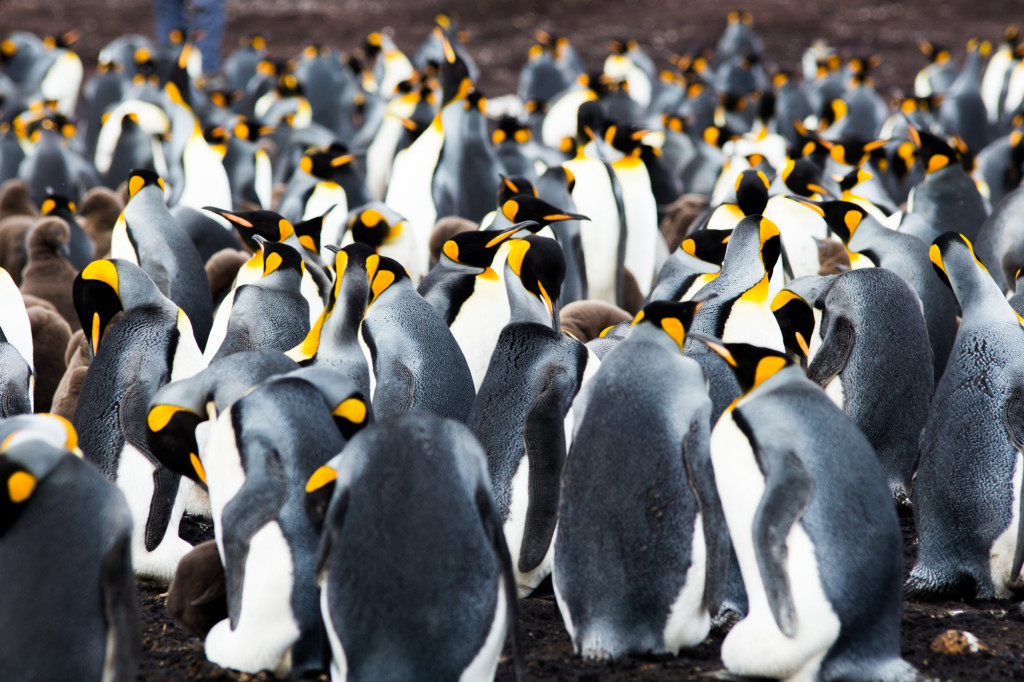 On some days, the penguins collect around each other in a large group and stay that way for some time. They pack themselves as close as physically possible. However, they do not remain still. The penguins on the outer edge of the formation change their positions every so often, while maintaining the overall shape of the group. The question is, why do they do that?

Social thermoregulation. This is a pretty simple, self-explanatory phenomenon. It typically implies generating warmth through skin-to-skin touch. All the members of a group work collectively to conserve body heat.

To define it more properly, “Social thermoregulation is a cooperative strategy in which animals actively aggregate to benefit from the warmth of conspecifics in response to low ambient temperatures.”

Interestingly, social thermoregulation isn’t just seen in penguins. Certain species of reptiles, birds, and mammals also use it to get through cold weather. Penguin huddles can last anywhere from a few minutes to a few hours, depending on the weather conditions. 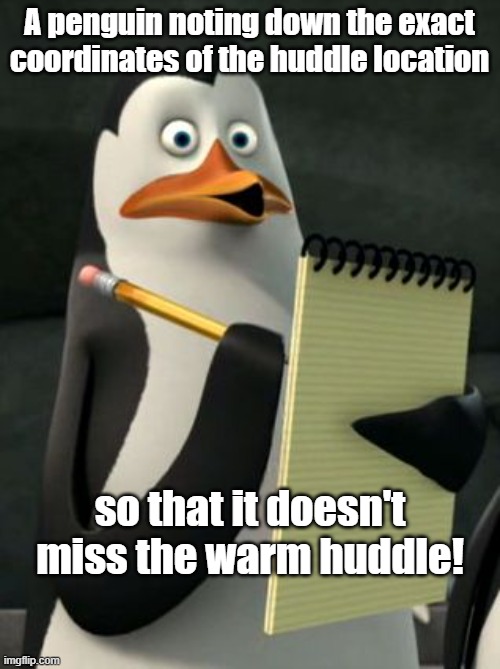 The penguins huddle for warmth.

Penguin huddles can grow to encompass hundreds of penguins, all standing close together in their black and white uniforms. Huddles are a primary strategy to protect themselves from the chilly winds and the sub-zero temperatures of Antarctica.

Through huddles, penguins decrease their collective surface area to volume ratio. The lower this ratio is, the less heat will be lost.

Emperor penguins, which inhabit Antarctica, incubate eggs without nests in the harsh weather of their habitat. The male penguins take up this responsibility. Since the eggs lack nests, they cannot be left unobserved, so males have to fast for long durations.

During this breeding period, conserving body heat becomes a great challenge without food. Huddles come to the rescue in such situations. More often than not, the male penguins are at the center of the huddle, where the temperatures are the highest.

How warm can it get through huddles?

Essentially, sharing and caring is the penguin mantra! Care for other individuals by sharing their body heat. Conserving body heat in this way, the penguins can lower their body temperature and metabolic costs to benefit their survival during their fasting season. With a fasting season that can last as long as 120 days, this becomes essential. 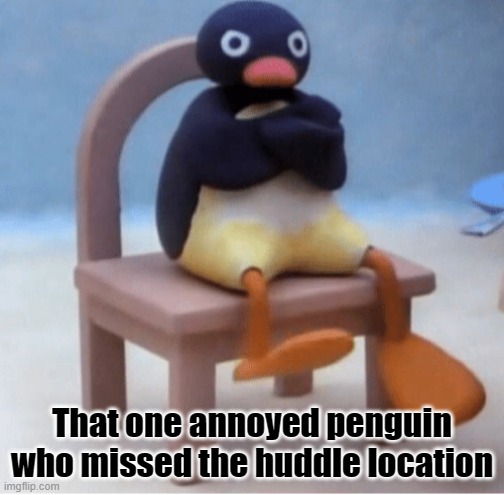 Penguins spend about 90% of their time either packed up in a huddle or in regions that have relatively higher temperatures, like the coasts (-10°C). To preserve their heat and prevent rapid heat transfer, penguins have first-rate insulation from their feathers, skin, down, and trapped air.


It can get so warm that penguins will eventually break off from their huddle. Just a few individual birds leaving the huddle can cause the entire huddle to break apart, only to reform later, once the need for warmth returns.

Just a 1°C fall in a penguin’s body temperature contributes about a 7-17% reduction in energy costs. Huddling reduces the exposed surface area of a penguin by a considerable 74%. Less exposed surface area means less effect from the cold winds, and an increase in the warmth being generated.

The shape of the huddle

As mentioned earlier, these huddles aren’t motionless. The movement is slow but constant. Wind speed and direction have an obvious effect on its shape and movement. Slowly and steadily, the birds at the center of the huddle, nearly unexposed to the wind, are shifted to a more exposed position, while those on the outer edges move inward. 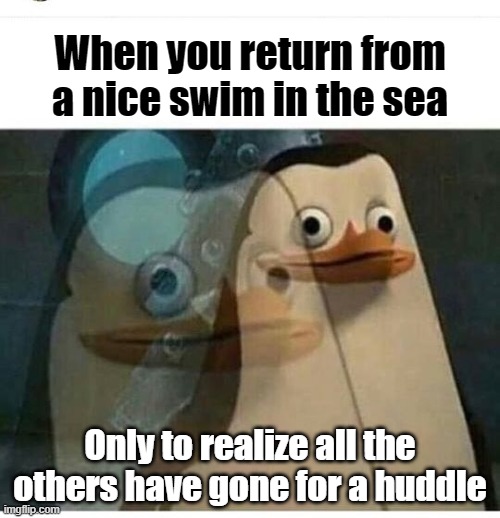 Mathematically, hexagonal shapes form the densest packing on a flat surface. As it turns out, that is the shape that penguin huddles assume as well! Do penguins also study mathematics?

Initially, the huddles are irregular in shape, but as the penguins on the windward side move towards the leeward side, the huddle assumes the shape of a hexagon. There is also evidence showing that huddles move back and forth depending on the direction of the dominant winds.

Wind, solar radiation, and environmental temperature are the main factors that contribute to the formation of a penguin huddle. Analysis has also shown that penguins prefer to join huddles and leave their looser aggregations. This also contributes to the continuous movement in and around the huddles.

Penguins face some of the harshest weather conditions in the world. Apart from the insulation provided from their subcutaneous layer of fat and feathers, huddling helps them a lot during the cold and fasting season. So, the next time you come across a large group of penguins, remember that they haven’t gathered to share gossip amongst themselves, but to help conserve heat!

And for those of you assuming that penguins are devoid of knees, here is an article you might want to read!