About one-third of female Humboldt penguins cheat on their partners. A study shows that, despite forming pairs, 19.2% of the males and 30.7% of the females were caught in extra-pair copulations

Penguins are known for awkwardly waddling around and sliding down ice shelves on their bellies, but when it comes to mating, these birds engage in sexual behaviors you might never expect. 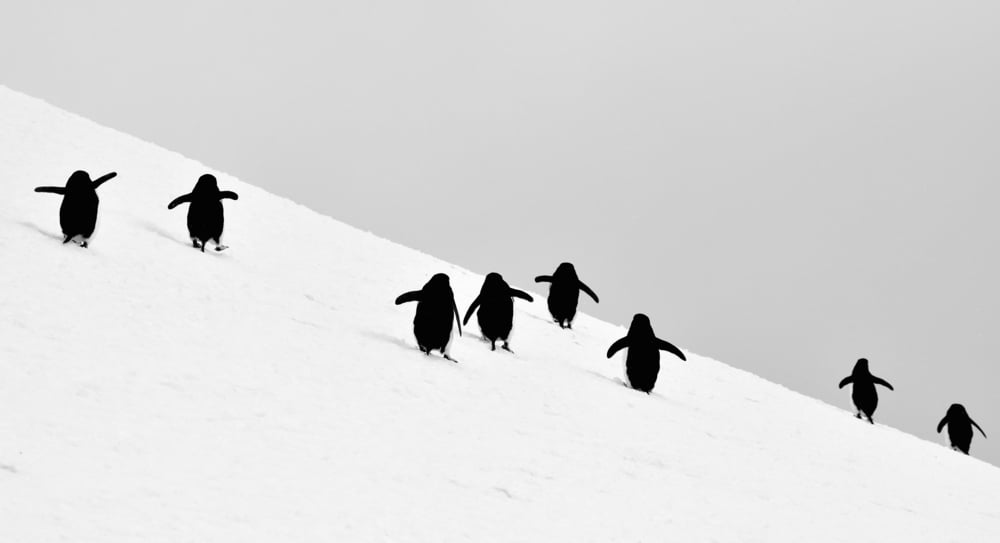 When scientists made observations on penguins during their breeding cycles, they had some dark and titillating tales to recount. While most species of penguin, such as the African, Magellanic and Gentoo, are monogamous and stay loyal to their partners, others have been found to regularly cheat on their mates and engage in some bizarre, and quite frankly, alarming mating rituals. 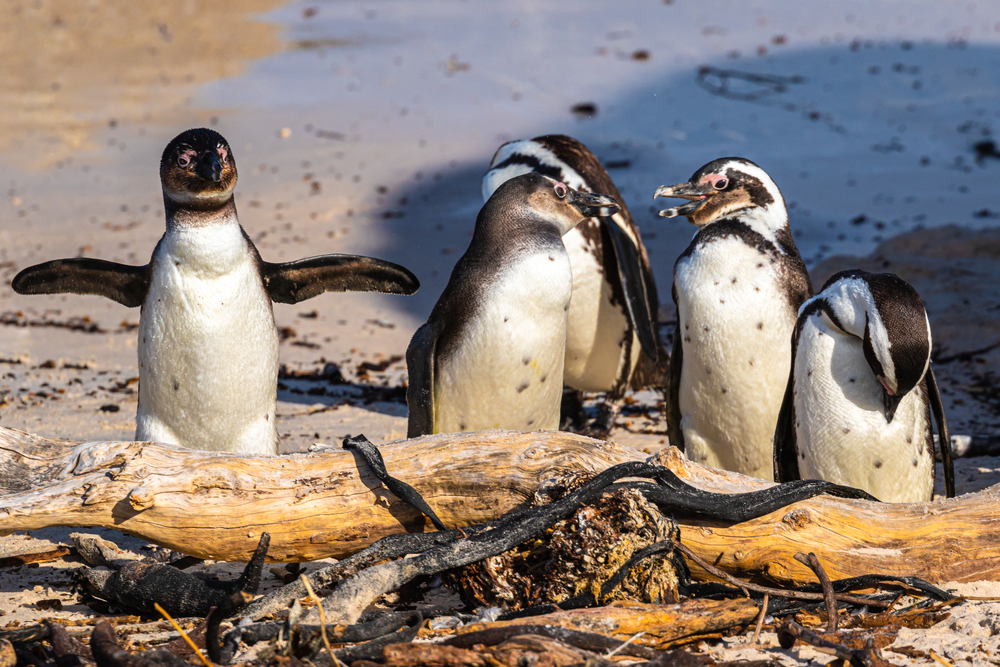 About one-third of female Humboldt penguins cheat on their partners. A study shows that, despite forming pairs, 19.2% of the males and 30.7% of the females were caught in extra-pair copulations (EPCs). The prize is a precious stone for their nests. Interestingly enough, if a female were to copulate with her mate, she would normally do it in her home burrow, but when it came to her extra-pair affairs, she’d sneak away from the nest to do it!

Adélie Penguins and their attempt to collect stones


George Murray Levick studied the Adélie penguins and was shocked by the kind of sexual behaviors these southernmost breeders resorted to.


He recorded his oberservations in the book The sexual habits of the Adélie penguin.


Adélie penguins nest on the icy and rocky cliffs of Antarctica. If the ice were to melt, their eggs could drown, so they collect stones and pile them up to keep their eggs safely elevated. 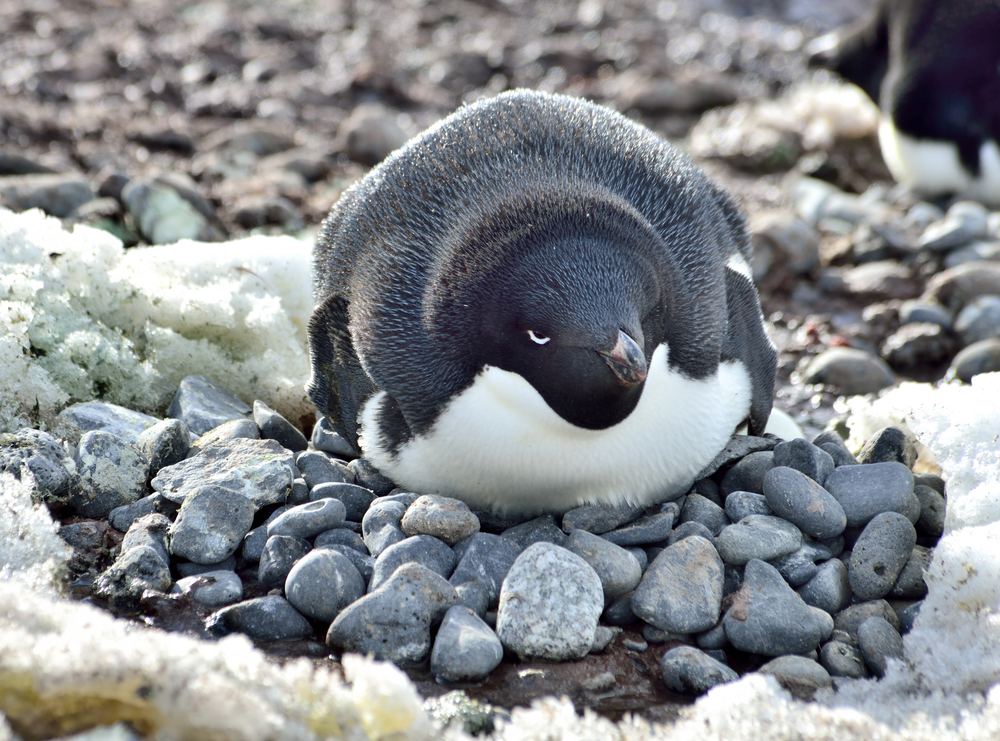 Female Adélie penguins have been seen to take the reins in this situation and put all their coquetry to good use. They tend to approach lonely males with lots of stones, showing signs that she is ready to copulate. The sex is a swift affair, and the female can often be seen toddling back to her nest with a snagged pebble in her beak.

Interestingly, one researcher also noticed that some females pilfer stones from males with a little bit of flirting, but avoid the sex. One such hustler was observed to swipe 62 stones in just under an hour!

Emperor penguins, at least 85% of them, mate with a different partner each year. After mating with one partner, they take care of their young, and once their babies can fend for themselves, they take to the seas again.

After spending months at sea, they return to the shore to breed once more. Hundreds of them flock to a common territorial ground during breeding season.

This time, they choose a different mate.

Why king penguins engage in homosexuality

Research confirms that homosexuality has been seen in over 25% of King penguin pairs in the wild. 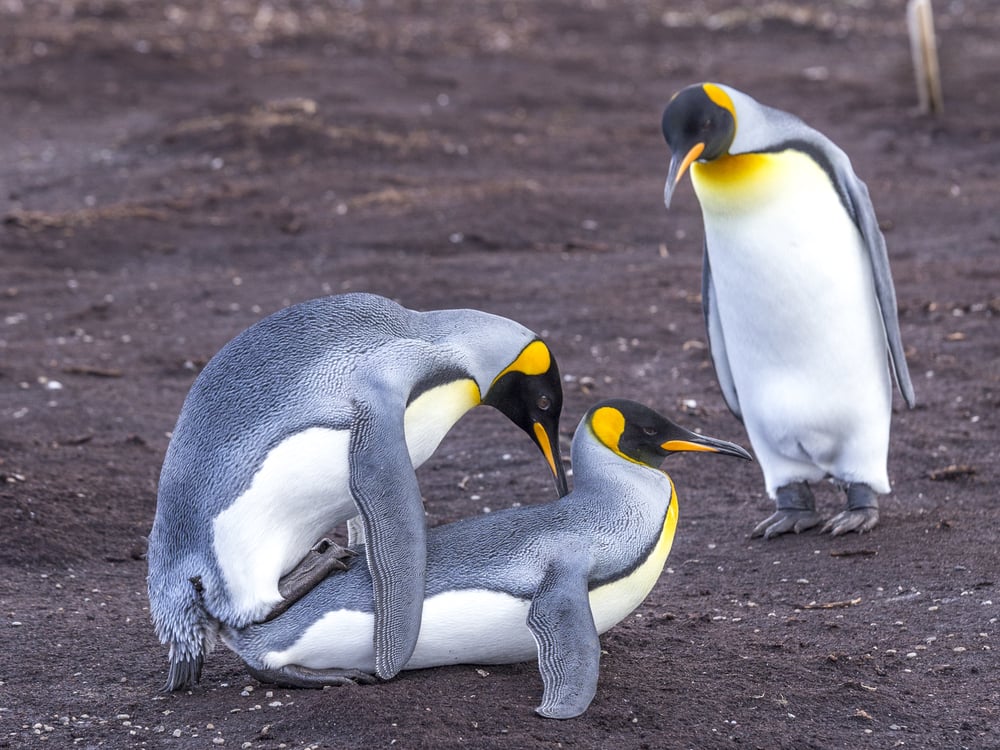 Of the 53 couples examined, 26.4% were male–male couples and 1.9% were female–female couples. The remainder displayed heterosexuality.

Homosexuality could be driven by the presence of high amounts of sex hormones—luteinizing and testosterone—in male King penguins that come back from the sea. These levels motivate them to display themselves to just about any adult King penguin they lay eyes on.

Other species of penguins also show homosexuality. A famous same-sex penguin couple are Roy and Silo, two male chinstrap penguins, that were in Central Park Zoo in 1998. They went on to parent a female penguin named Tango. 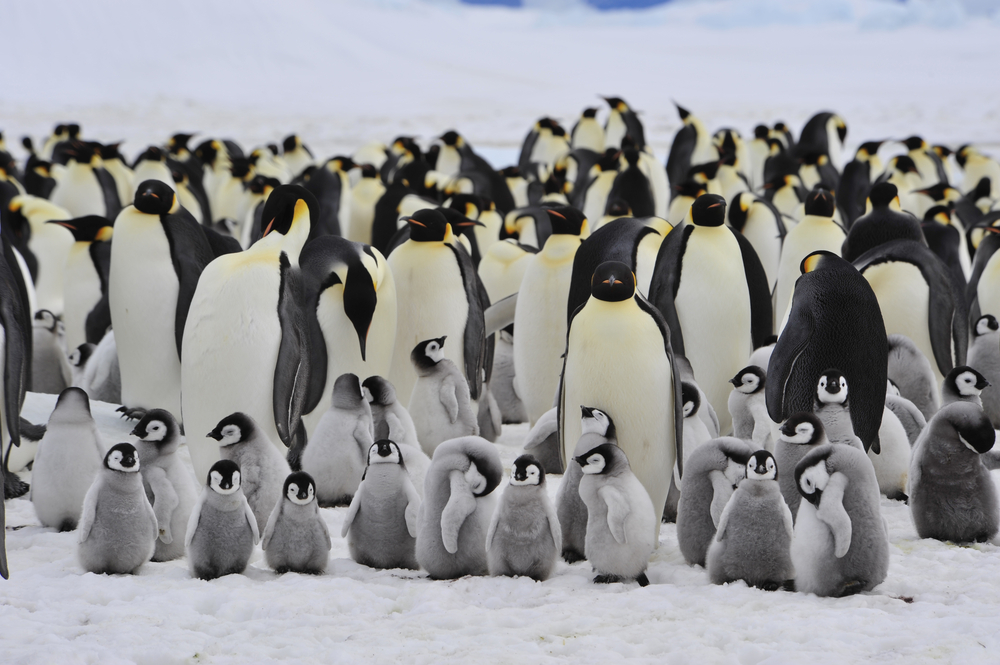 When a female emperor fails to breed, returns home to a missing chick, or undergoes a miscarriage, but is still high on its pregnancy hormones, it may just scan the colony in hopes of finding any abandoned chick to kidnap.

Research shows that this is due to high residual levels of prolactin or PRL, a hormone that dictates parental behavior. During breeding, penguins that have lost their chick while foraging for food still have high PRL levels. Thus, the subsequent ‘kidnapping’ could be a hormonal byproduct of a reproductive adaptation to extreme conditions.

What’s up with this penguin behavior?

Penguins that reside in warmer regions can afford a more pliable breeding season, which gives them enough time to go looking for the partner with which they initially mated. A good example is that of the Galapagos penguins, living north of the equator. 93% of those pairs find their mates each year.

The higher rate of such extra pair trade-offs can be attributed to higher density of colonies and the fact that the production of sperm is cheap for males. Thus, they jump on any opportunity to copulate and sire offspring. Females that engage in EPCs have greater reproductive success, as sperm from each male she copulate with will compete inside her to fertilize her eggs; in theory, the “best” sperm would win. Basically, cheating is a way for females to ensure that their chicks get the fittest father.

Moreover, considering the slim chance that the same male she mated with will return next season, it’s believed that females may be testing out some new beaus…. you know, just in case.

In the world of penguins, it’s not uncommon for females to sneakily flirt the tuxedo off any bachelor who boasts a surplus of stones.


Bet they didn’t show THAT in Happy Feet! 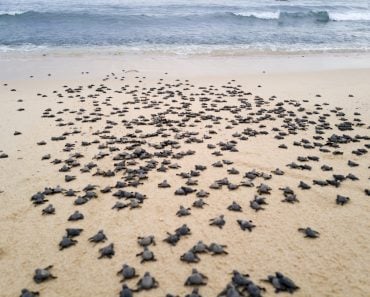