Deserts are hot because of the low specific heat capacity of sand and rock. Deserts are formed as a result of high pressure zones, continentality, coastal cooling and rain shadow areas.

Did you know that deserts occupy 20% of the Earth’s surface?

When we think of deserts, it is natural to think of heat, dryness, barren land and lifelessness, but they are much more than that, and in some ways, abundant in life.

Yes! Deserts aren’t only hot; they can also be cold! Deserts occur in regions that receive less than 50 cm rainfall per year, meaning that temperature isn’t part of the classification. 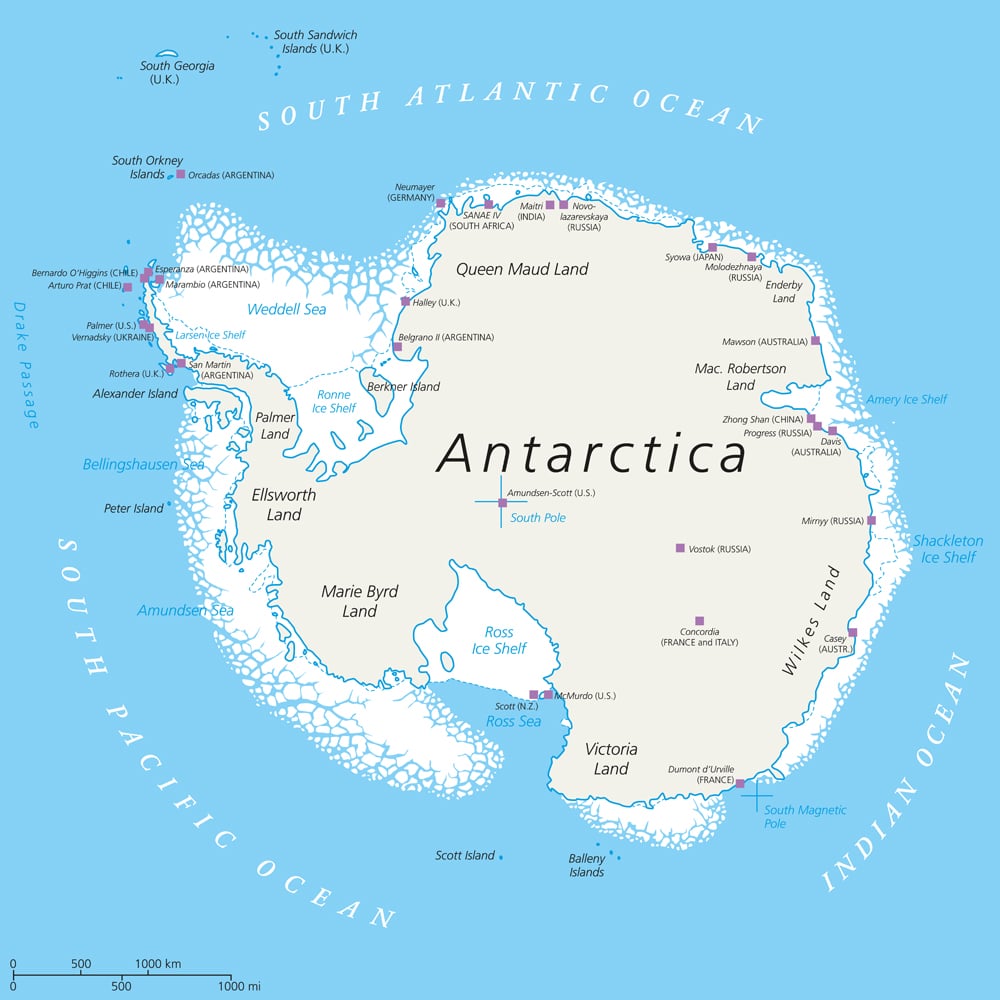 Where are deserts located?

How are deserts formed?

Deserts or aridity are mainly caused by 4 factors:

The sun’s rays are perpendicular at the equator, meaning that solar heating there is intense. Hot air from the landmass and the water bodies rises. It’s important to know that warm air has a greater moisture-holding capacity than cold air, which lacks moisture.

Since ocean waters are in high supply near the equator, the air is not only carrying heat, but also water vapor. Once the warm and moist air ascends, it begins to cool; due to condensation, precipitation occurs, causing rain in tropical regions. This is one of the reasons why tropical rainforests are found at the equator.

After releasing most of its moisture at the equator, the air travels above and below the equator to the Tropics of Cancer and Capricorn. By the time it reaches the Horse latitudes, the air has lost most of its moisture, making it dry or arid. This dryness and lack of rain cause deserts, coupled with complex air circulation patterns. The alternate name given to this air circulation phenomenon is Hadley cells. 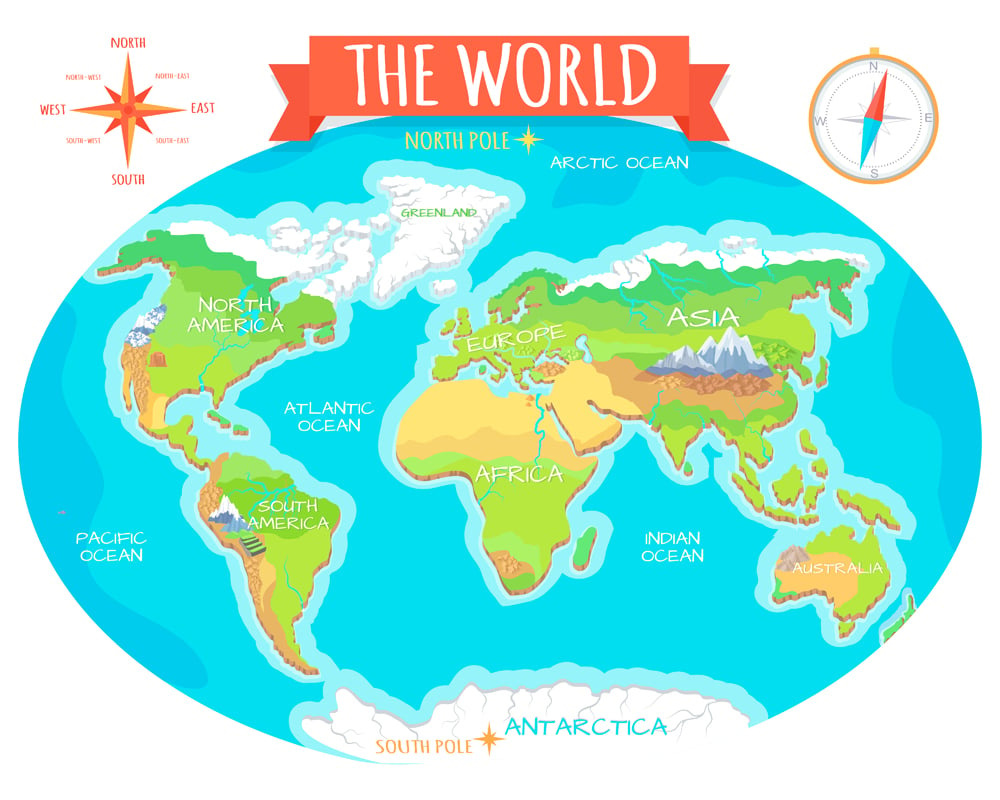 Continentality refers to the distance of interior lands from the oceans and their climatic influence. When water evaporates from the water bodies, it precipitates on the land. The regions lying close to the water bodies receive most of this moisture. As the air moves inwards, towards the inland region, it loses most of its moisture.

This leads to the formation of deserts in inland areas of the continent, as the air currents, after traveling vast distances, have lost its moisture and become dry. This phenomenon is mostly found in Asian deserts, such as the Gobi Desert in China and Mongolia, or the Takla-Makan Desert.

Deserts can also be formed when air is cooled and rewarmed after reaching a region. As we learned earlier, cool air carries less moisture than warm air. Air at 30 C or 86 F carries 30.4 grams of water per cubic meter. Assuming the air is holding 100% relative humidity, when the air is cooled from 30 to 10 C, the moisture will drop to 9.4 grams of water per cubic meter as it precipitates. The humidity level dropping to 31% is enough to cause the formation of deserts. 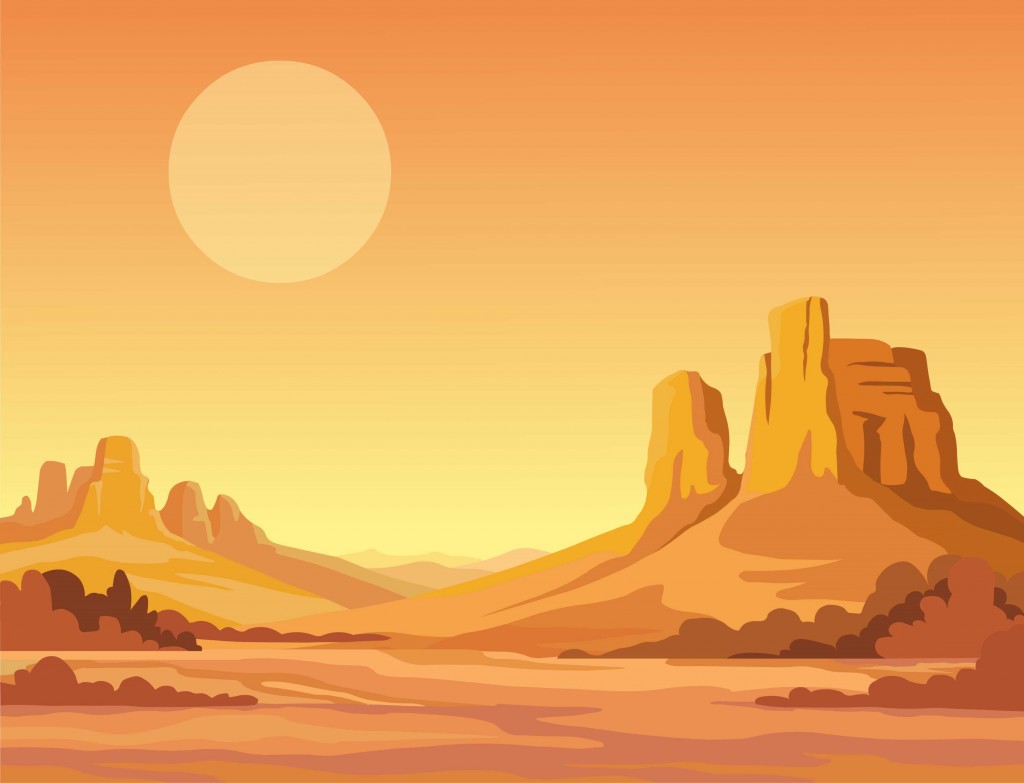 Sand and rocks get heated up faster than water. (Photo Credit : Zvereva Yana/Shutterstock)

Why would the air be cooled and warmed again?

This happens when air moves from cold coastal areas like Baja or rain shadow areas (which we will shortly discuss), where the air is initially cold, but starts warming up once it enters the region. This cooling and subsequent warming makes the air lose its moisture, resulting in fog or mist, but no rain.

When moisture-laden air hits the mountain range, it rises, cools and precipitates on the windward side. After crossing the mountain when it reaches the leeward side, it descends and begins to warm up. The warmer air makes it difficult to form clouds, and with the lack of rain, it results in a desert. Death Valley in America is a desert caused by a rain shadow area.

Why are deserts so hot?

When substances are exposed to heat, their temperature rises, but different types of substances react differently to heat. As we all know, deserts are scarce in water and abundant in sand. Sand and rock heat up more quickly than water. The amount of heat that must be applied to raise the temperature of a substance by 1 degree Celsius is called specific heat capacity (shc). The specific heat capacity of water is 4.19, while the shc of sand and other rocks is 0.8. So… you can imagine how quickly a desert heats up in comparison to any area with a large water body nearby. 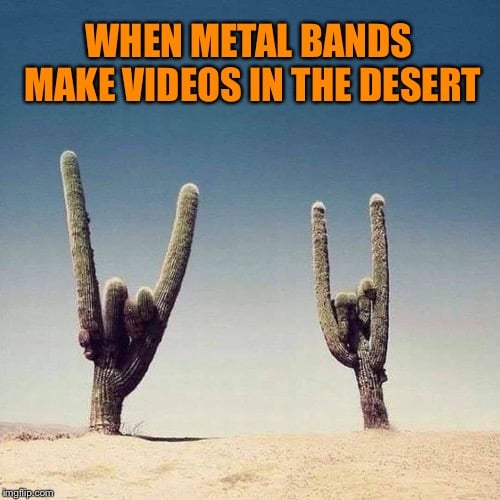 How do deserts become cold at night?

No matter how hot they are during the day, desert temperatures often plunge at night. Interesting, right? The region of scorching noontime heat becomes dead cold at night. This is because sand and rock also lose heat very quickly. In other words, when the sun is present, the deserts are hot, but once the sun starts setting, the region quickly loses heat and becomes cold at night.

By now, we should all understand that aridity characterizes a desert. The mere lack of rainfall or very little rainfall makes a desert, along with the moisture lacking air. Areas lying on the leeward side of a mountain or those lying far away from a water body can gradually become deserts, provided the climatic conditions remain stable for a relatively long period of time. Aren’t the marvels of nature jaw-dropping?