The wriggling death observed when salt is poured on snails and slugs can be attributed to the process of osmosis. The rapid water loss leads to their death.

The rainy season brings with it cool breezes, a blanket of grey clouds and plenty of unwelcome guests. I’m talking about monsoon pests, primarily snails and slugs! They (snails and slugs) are every gardener’s nightmare, creeping around the crops, munching on leaves and roots as they go. Even though they’re only tiny creatures, their ravenous appetites enable them to eat several times their own body weight every single day. 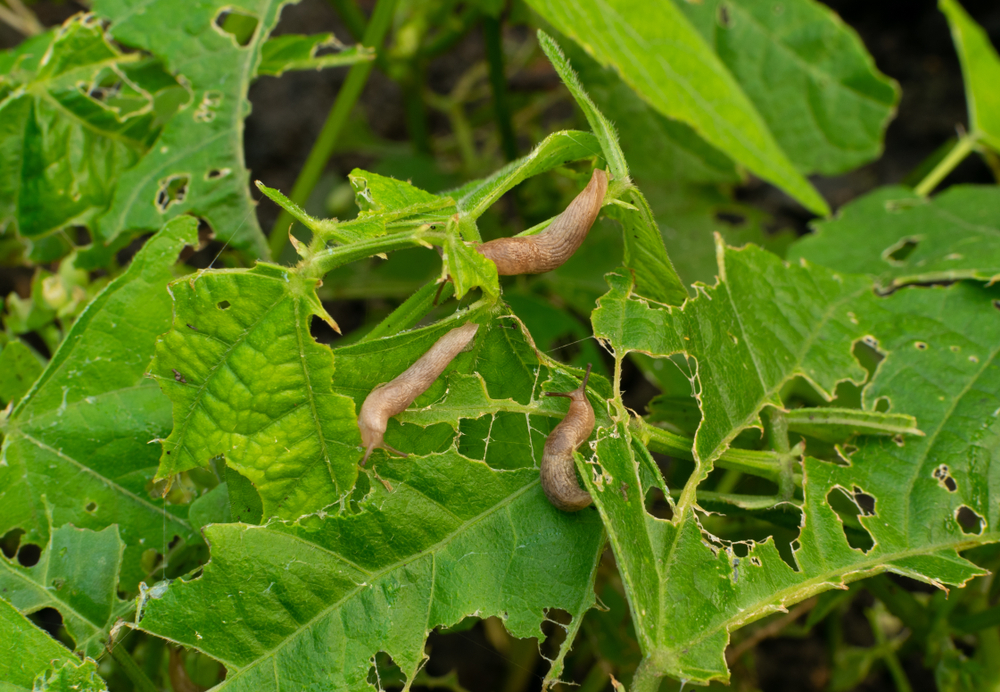 Is this a case of ‘to-may-to’ ‘to-mah-to’ or is there a difference between snails and slugs? Both snails and slugs belong to the phylum Mollusca and class Gastropoda. The class name is derived from the Greek word gastros and podos, meaning stomach and foot, respectively. This name is the simplest explanation of their biological structure. Their slimy, squishy bodies are essentially one giant stomach on a single foot. They travel by scooting on this muscular “foot.” This muscle continuously secretes mucus that facilitates their motion. Upon drying, it produces a silvery slime trail that indicates any pest’s recent presence. The mucus prevents their cells from losing moisture to the surrounding dry soil. This also saves them from being sliced open by sharp or pointed articles in the earth. The only difference between these two creatures is the fact that slugs are homeless! 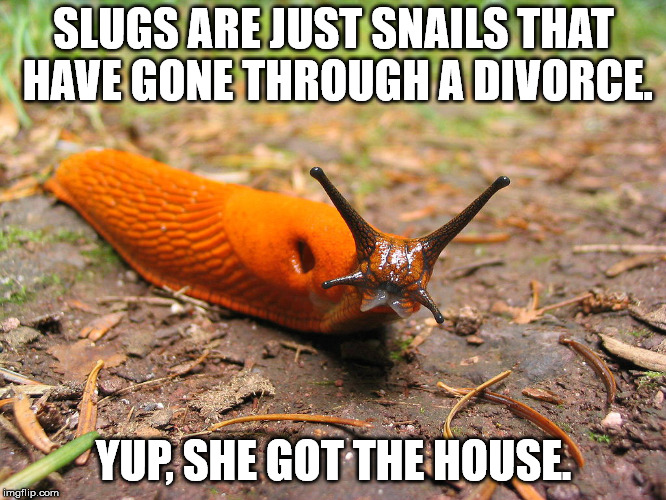 Unlike snails, slugs do not carry a spiral shell or their ‘home’ on their back. This can be beneficial to slugs, as it allows them to squeeze into tight spaces. Unfortunately, it does leave slugs more vulnerable to their surroundings.

Gardening 101: Salt is a gastropod’s kryptonite and prevents these slimy crawlers from damaging plants. Snail and slugs have a foot composed of cells, which can be thought of as bags of organelles inside an aqueous medium surrounded by a cell membrane. The cell membrane is a semi-permeable phospholipid bilayer. The semi-permeability allows for the selective passage of molecules. Thus, smaller molecules can pass through with ease, while larger ones are prevented from crossing the membrane. Osmosis can occur due to the presence of the semi-permeable membrane. Osmosis is a process in which solvent molecules migrate from a solution of lower concentration to a higher one through a semi-permeable membrane. The difference in concentration on the two sides of the membrane leads to the build-up of osmotic pressure. This pressure is responsible for the movement of the solvent molecules. 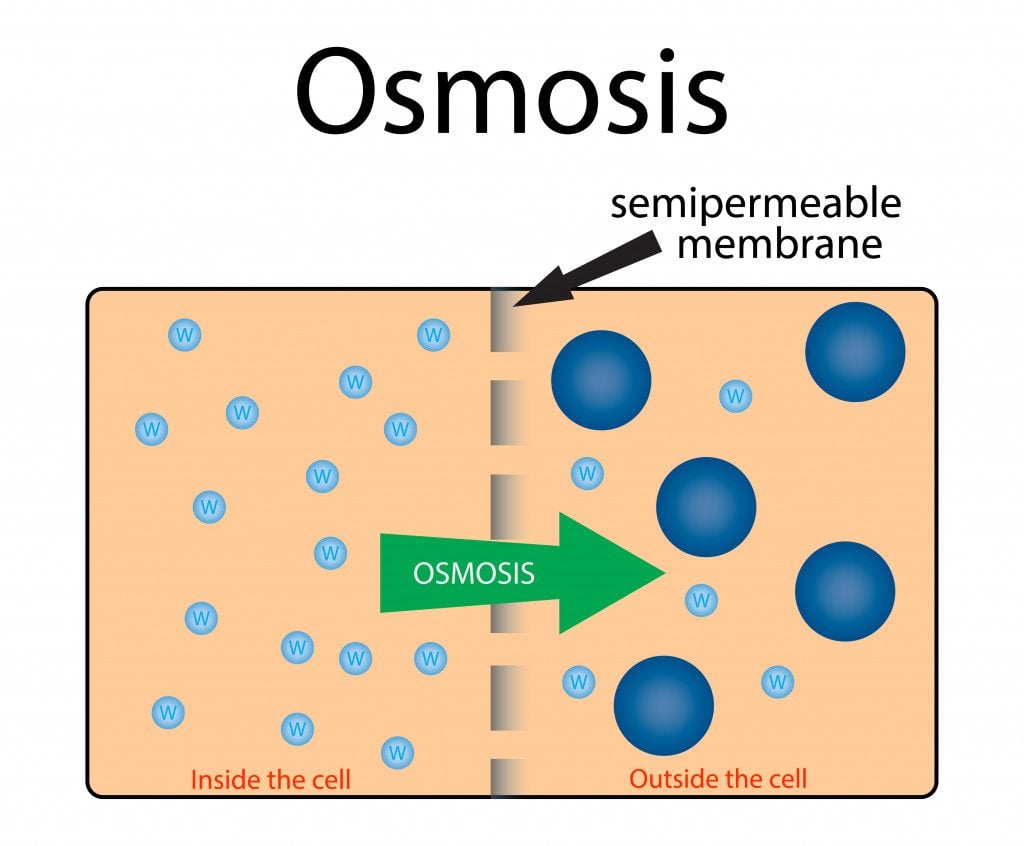 Now, animal cells are not composed of water alone. They also contain several ions, including Na+ and Cl-, which form common salt. When salt is sprinkled on them, the salt crystals bind to the moisture on their skin. This creates a highly concentrated NaCl solution, leading to the development of osmotic pressure. A solution with high salt concentration is called a hypertonic solution. When a hypertonic solution surrounds animal cells, they tend to shrivel up due to heavy water loss. Water rapidly travels out of the cell to dilute the salt solution outside. The movement of water molecules ceases when the salt concentration on either side of the membrane is equal. This is how aquatic snails and slugs survive in saltwater. They have an equal amount of salt in their cells as the water around them possesses! 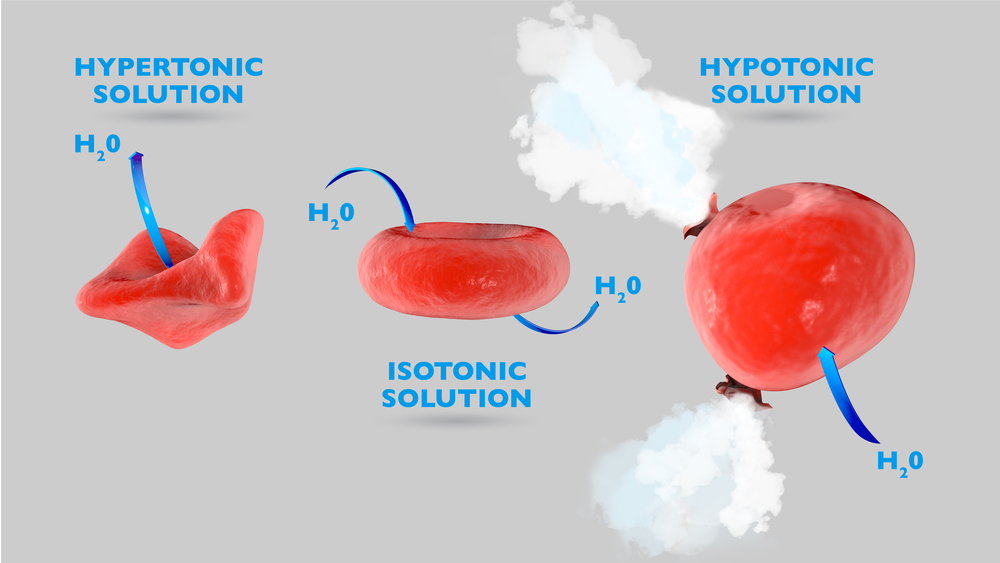 Now, coming back to the unfortunate land dwellers. Water loss triggers the production of a slimy secretion to prevent the skin from drying up. Bubbling occurs as air is driven out of the critter’s body while it shrivels up. Enough salt can cause the slimy being to die fairly easily from dehydration. As you can expect, this is incredibly painful. 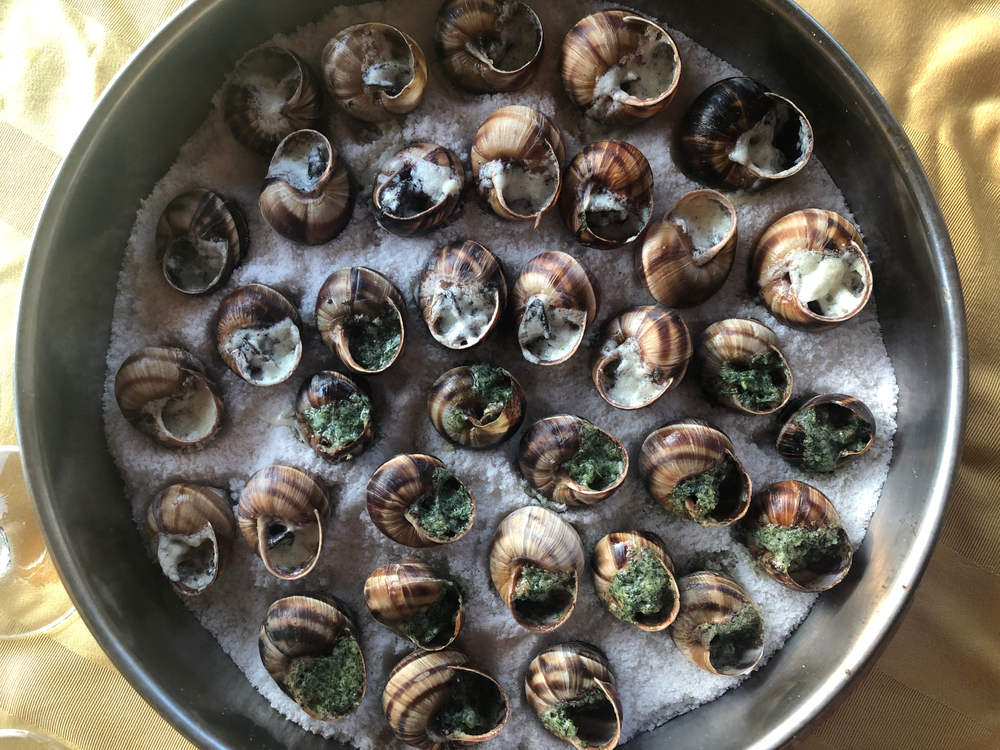 Bubbling of slime as the air tries to escape from the skin (Photo Credit : Rita Piermiakova/Shutterstock)

Water makes up roughly 55-60% of the adult human body. Now, imagine losing half of that water in just a few minutes. Unlike snails and slugs, humans have a thick layer of skin that is highly advanced, acting as a great suit of armor provided by nature. The outer layer, the epidermis, maintains osmotic pressure and prevents excess water and heat loss. Snails and slugs have no such benefit. However, if you have ever had the misfortune of getting salt on an open wound, you know firsthand the torture experienced by these creepy crawlers. In case you weren’t aware, this is the origin of the phrase, ‘to rub salt in the wound’. 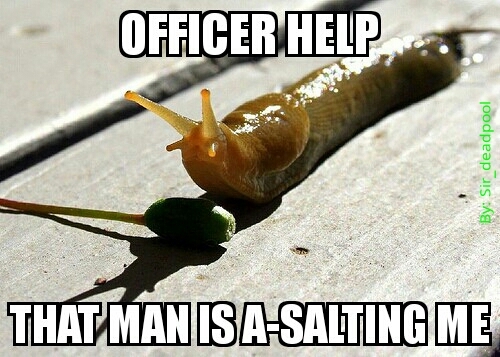 So, as organisms evolved, their skin also advanced biologically. Thanks to our skin, we don’t have to think twice before holding a handful of salt. Unfortunately, the ending is more gruesome and fatal in the case of gastropods like snails and slugs when it comes to the power of osmosis. Although every gardener wants to save their beloved plants from being munched on by these hungry pests, salt is not the most humane solution. A study published in BMC Ecology by scientists from the University of Natural Resources and Life Sciences, Vienna suggests that earthworms are a preferable solution to this problem.

Close-up of an earthworm and a snail (Photo Credit : BINK0NTAN/Shutterstock)

Earthworms go above and beyond to remind us that they truly are a gardener’s best friend. These burrowing creatures not only improve soil fertility, but also decrease slug-induced damage by a whopping 60%. The 18% increase in nitrogen in the soil helps the plants better protect themselves. Unable to gorge in peace, the snails and slugs migrate to ‘greener’ pastures.