The blood of fish that live in Antarctic waters don’t freeze, despite being around 0°C, due to antifreeze proteins. These proteins prevent the water in their blood from turning into ice and damaging the cells.

The South Pole is as inhospitable a place as they come. Temperatures lie far below the freezing point, with strong gusting winds and not a tree in sight. It’s a wonder anything can live there. What really baffles me is how creatures as vulnerable as fish are able to live there.

Have you ever had a pet goldfish? If so, then you know how sensitive they can be to change. I can’t tell you how often I’ve woken up to my dear pet floating upside down in my sad little fishbowl. So what makes fish so vulnerable to change? How do fish swimming in the frigid waters of the South Pole survive? 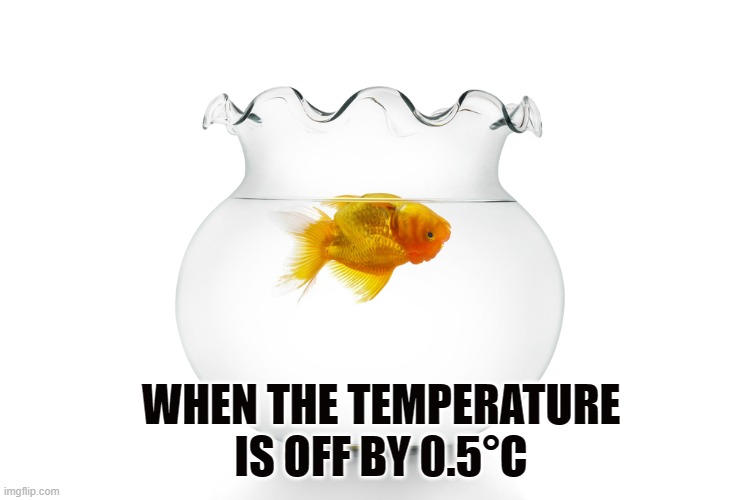 Fish are cold-blooded, a phrase that we often hear, but what exactly does it entail? A cold-blooded organism is an animal whose body temperature is dependent on the environment around them. This is seen in almost all fish, reptiles and amphibians.

However, that’s not the case with the fish in the Antarctic Ocean. They have the composition of a cold-blooded animal, but have evolved an interesting adaptation. 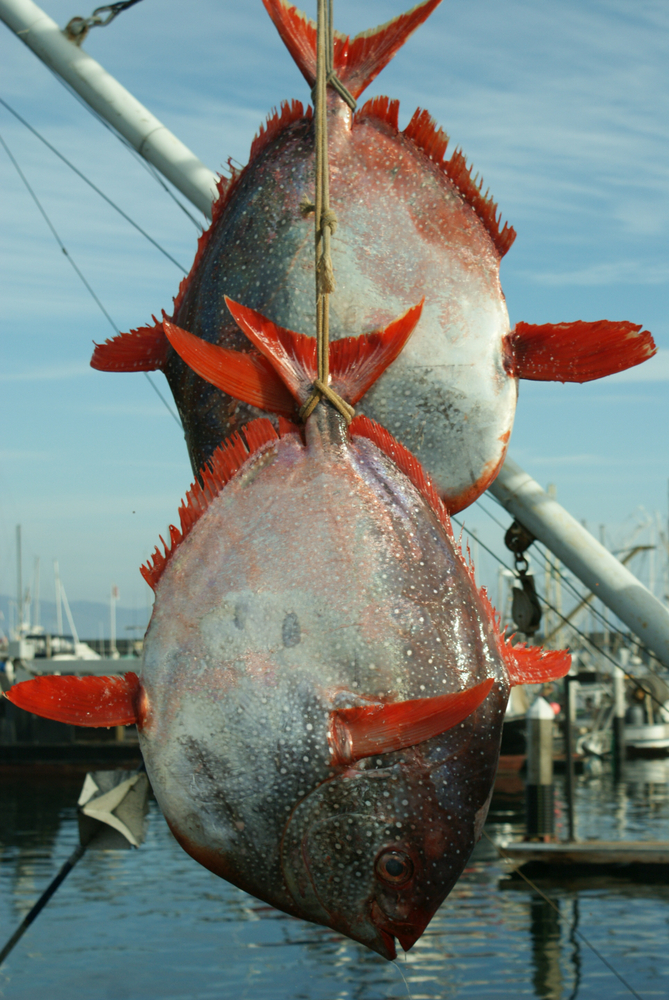 This is an Opah, the only true Warm-Blooded fish (Photo Credit : Vanishingfin/Shutterstock)

The dangers of freezing temperatures

It is essential for blood to keep flowing throughout a living animal’s body. As we all know, blood carries oxygen and nutrients to all parts of our bodies, so what would happen to regular blood in the Antarctic region?

Well, for starters, a large part of our blood is water—90% of it, in fact. This means that our blood would freeze in the Antarctic waters. Because of the salt content in the ocean, the freezing temperature of water drops to -1.9°C. This below-zero temperature causes the formation of ice crystals in the blood. When ice crystals form in our blood, they harm all our cells (like needles poking the delicate balloons of our cells).

Animals like fish, which are cold-blooded, must find other ways to combat these freezing temperatures, as they cannot count on their body heat to save them.

So how exactly does this particular fish beat the frost? With anti-freeze in its blood!

Antifreeze refers to certain compounds that can be added to water to reduce its freezing temperature. The way a typical antifreeze works is by preventing the formation of ice crystals.

In Arctic fish, these particular compounds are “antifreeze proteins” in the fish’s body. They are produced just like any other protein in the body (learn more in the “What does DNA do” part of this article). This was discovered By Dr Arthur L. DeVries, a professor at the University of Illinois, in the 1960s, when scientists around the world were wondering how these fish were able to survive in such harsh conditions.

Now, what do these proteins do in order to prevent blood from freezing? 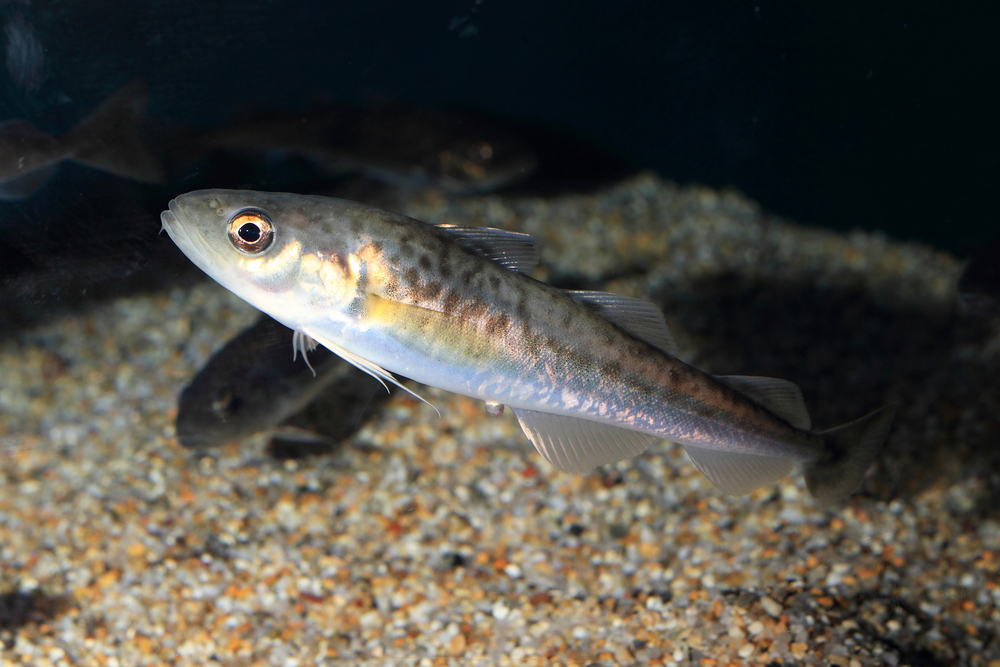 The ocellated icefish, one of the many species of fish with antifreeze proteins in their blood. (Photo Credit : feathercollector/Shutterstock)

Ice forms when the water compresses into a specific crystal lattice. What this means is that water condenses as the molecules come closer and closer together, and as their intermolecular space decreases, the water molecules attract each other more strongly, creating a crystal lattice.

Interestingly, this is not the only place we see this ability!

Antarctic fish aren’t the only living creatures that have evolved this intriguing adaptation; antifreeze proteins are actually found in many other organisms.

This adaptation is seen in many primitive organisms, such as sea ice diatoms and certain bacteria, but it’s also seen in more evolved organisms like snow mould fungi and even certain beetles! 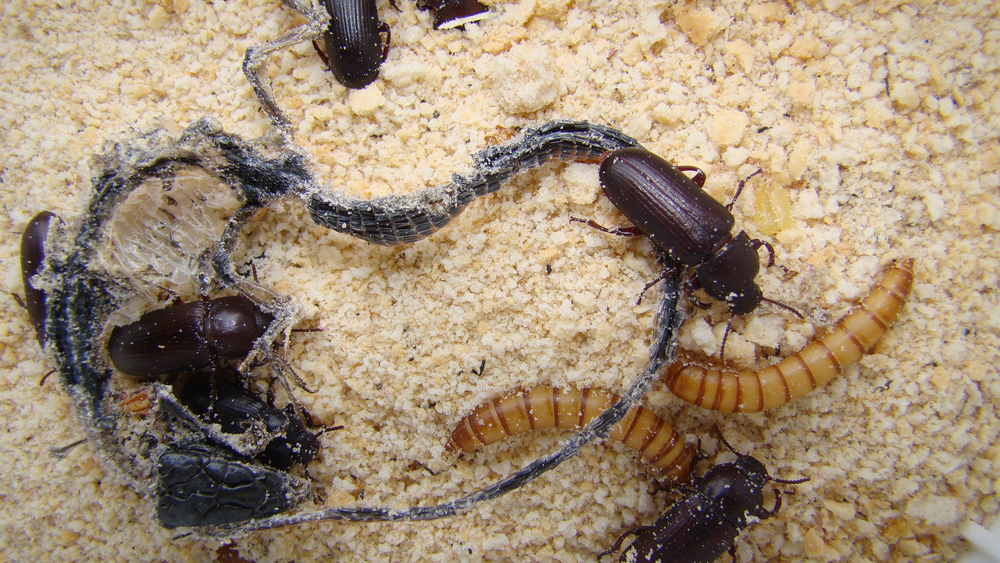 The yellow mealworm beetle is another species with antifreeze proteins in its blood (Photo Credit : Dr.MYM/Shutterstock)

The interesting thing is that these adaptations evolved in different ways, but ended up accomplishing the same result. In the study of evolution, this phenomenon is known as convergent evolution. In simple terms, it’s like many different routes on a map that end at the same destination.

The exciting thing about these antifreeze proteins is that they could actually be useful to humans too!

It could be used in agriculture as well. Frost damage is a huge damaging factor in plants, so using these natural polypeptide compounds could help plants survive through particularly harsh winters.

It’s exciting how unexpected discoveries in the natural world take a turn in innovating the way we live!