When I was in school, our teachers would take us on many nature walks. During these walks, we would cover the length and breaths of our campus, which was basically a forest. We would see birds, turtles, lizards, frogs, and beetles, but amongst them all, the butterflies dazzled us youngsters the most. They would be of all sizes, from small to large, and in every color of the rainbow.

On one such walk, I remember stumbling upon a particular butterfly that was resting on a leaf. It was light green with a tinge of white and was about the size of my palm. I vividly recall standing there thinking, “How peaceful and graceful this butterfly is, even while it’s resting!” It was the most beautiful creature I had ever seen.

I sprinted to my environmental science teacher, who was quite the expert in butterflies, and pestered her to identify it for me. She surprised me by saying, “This isn’t a butterfly, it’s a moon moth.” 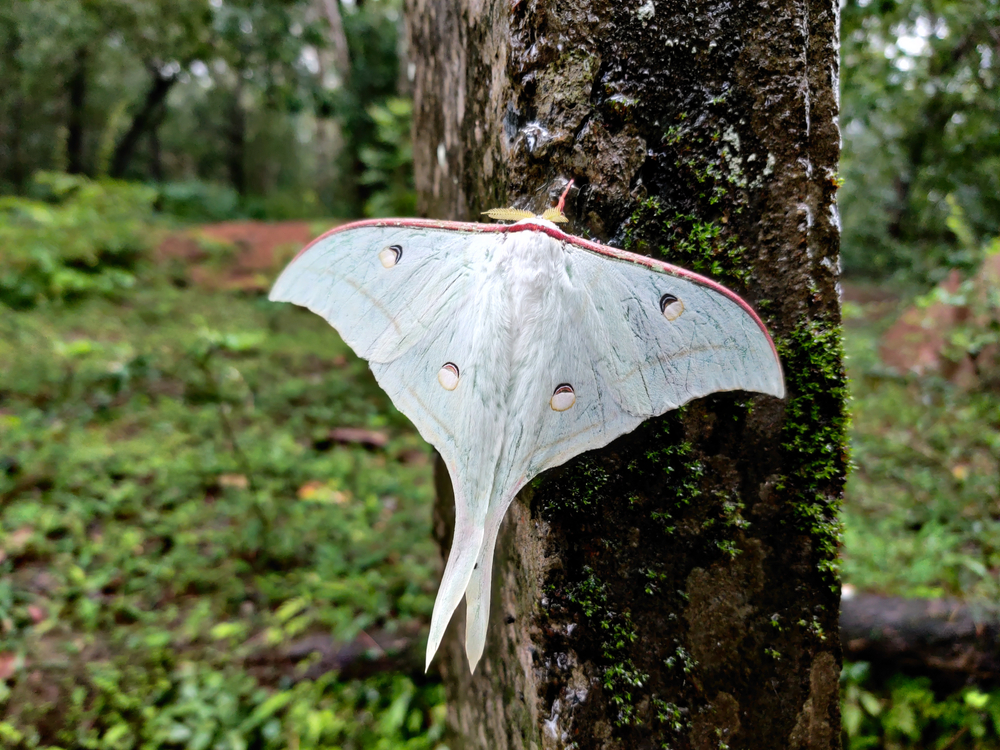 Can you imagine how easy it is to confuse moths with butterflies when they look like this? (Photo Credit : Rajendra Bhat/Shutterstock)

Now, as a young school student, I was perplexed. How could this insect be a moth when it looked just like a butterfly? I spent the rest of the day trying to decipher one from the other.

What are butterflies and moths?

Butterflies and moths both belong to the order Lepidoptera, which in Greek means “scales” and “wings”. Both have distinct features, such as a coiled proboscis (mouths) and big wings, which distinguish them from all other insects. Interestingly, their bodies, wings, and legs are covered with dust, which passes onto anything that touches them. Both of these insects are found across the world, except in Antarctica.

How do they develop?

Moths and butterflies both develop through a process known as metamorphosis, which includes four life stages: egg, larva (caterpillar), pupa, and adult. In the egg stage, adult females lay eggs on plants, which then become food for the caterpillars that later hatch. Once the caterpillars hatch, their only job is to eat and gain as much nutrition as they can until they transform into a pupa.

Pupa can be hidden under leaves, buried underground, or suspended from branches depending on the insect species. Once inside, they may take weeks or even months to grow. Slowly and steadily, their cells turn into wings, eyes, legs, antennae, and other butterfly parts. Finally, the pupa transforms into a full-grown adult with legs, eyes, and a body. The transformation from egg to adult is long in relation to its overall lifespan. However, most butterflies and moths live for a week or two, although a few live for several months.

The process of metamorphosis is similar in both moths and butterflies. (Photo Credit : jps/Shutterstock)

Now, let’s get into the juicy details of how they differ from one another!

Differences between butterflies and moths

The next obvious difference is their color. Butterflies are far more colorful than moths. They have vibrant colors and intricate patterns on their bodies. Moths, however, are usually dull and less vibrant. Butterflies display a diversity of colors, but there are always exceptions. For instance, both the northern Queensland Day moth (Alcides metaurus) and Jacob’s Coat moth (Agarista Agricola) are exceptionally bright for moths.

As you can see, butterflies are much more vibrant than moths. (Photo Credit : Shubhrojyoti & Melinda Fawver/Shutterstock)

When moths rest on plants, they keep their wings wide open. Butterflies, on the other hand, rest with their wings closed. However, at times, you may see butterflies with their wings open while sunbathing. Interesting, just like us humans, butterflies also need their daily dose of vitamin D to maintain their body heat. Hence, on most mornings, when you see them basking in the sun, they’re actually trying to increase their body temperature.

Moths are plumper and furrier than butterflies, who are generally leaner and smoother. They are also much smaller than butterflies. Moths have a structure called the frenulum, which joins their front and hind wings, while butterflies don’t have this structure. 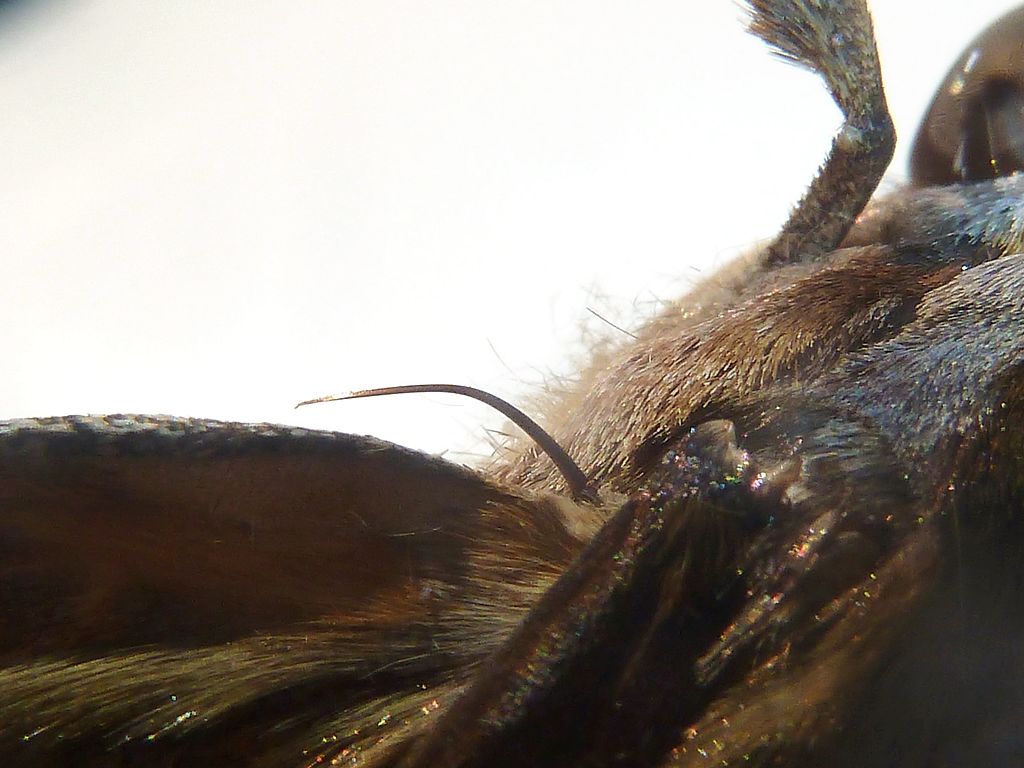 The male hawkmoth has a single frenulum composed of several bristles, which can only be seen when the forewings are pulled back. (Photo Credit : JMK/Wikimedia Commons)

Both these insects go through the pupa stage during metamorphosis. In butterflies, the caterpillar spins a pupa made of hardened protein, while moth caterpillars spin a silk cocoon.

The antennae of butterflies are wide, particularly at the tips. They also have a club or hook at the end. Moths, on the other hand, have thread-like and feathery antennae without clubbed tips.

What role do these insects play?

Pollination, the biggest and most crucial role played by both moths and butterflies. (Photo Credit : Media Marketing & Cornel Constantin/Shutterstock)

Even though there are many differences between butterflies and moths, both play a crucial role in our ecosystems. For starters, they both have aesthetic value, often representing beauty, peace, and eco-friendliness. Second, they have scientific value and have been model organisms for studies on navigation, genetics, population dynamics, and pest control. Third, they are of great value to our ecosystems as they help in pollination, are prey for insectivorous animals, and are indicators of healthy ecosystems. Fourth, their interesting life cycles make them ideal candidates to use while teaching children about the natural world. Fifth, like other animals and insects, both bring economic income via butterfly gardens and observatories. Last and most importantly, like every other creature on this planet, they too have the right to live!