Weasels are carnivorous animals with a slender body and small legs. They are known to be fierce hunters of rodents and other small mammals, and are sometimes considered a pest or a ‘nuisance animal’. Although they may look cute, weasels can be dangerous to other pets in your household, and should therefore be handled with caution.

A weasel is a carnivorous animal with a slender body and particularly small legs. It eats rodents and other small mammals, and is sometimes considered a pest or a ‘nuisance animal’.

We have a tendency to get attached to things (at least, to some extent) just by looking at them; if something looks pretty/cute, we assume that it’s a harmless and lovable creature. This axiom holds good not only when we look at our fellow humans, but practically everything that we come across in our lives.

For instance, weasels look quite cuddly and adorable, but these tiny furballs are actually quite ferocious when it comes to locating and hunting their prey.

A weasel is a small carnivorous mammal found in most parts of the world, with the exception of Australia, Antarctica and neighboring islands. It is a highly active predator, and typically moves over surfaces with a series of quick, short jumps. 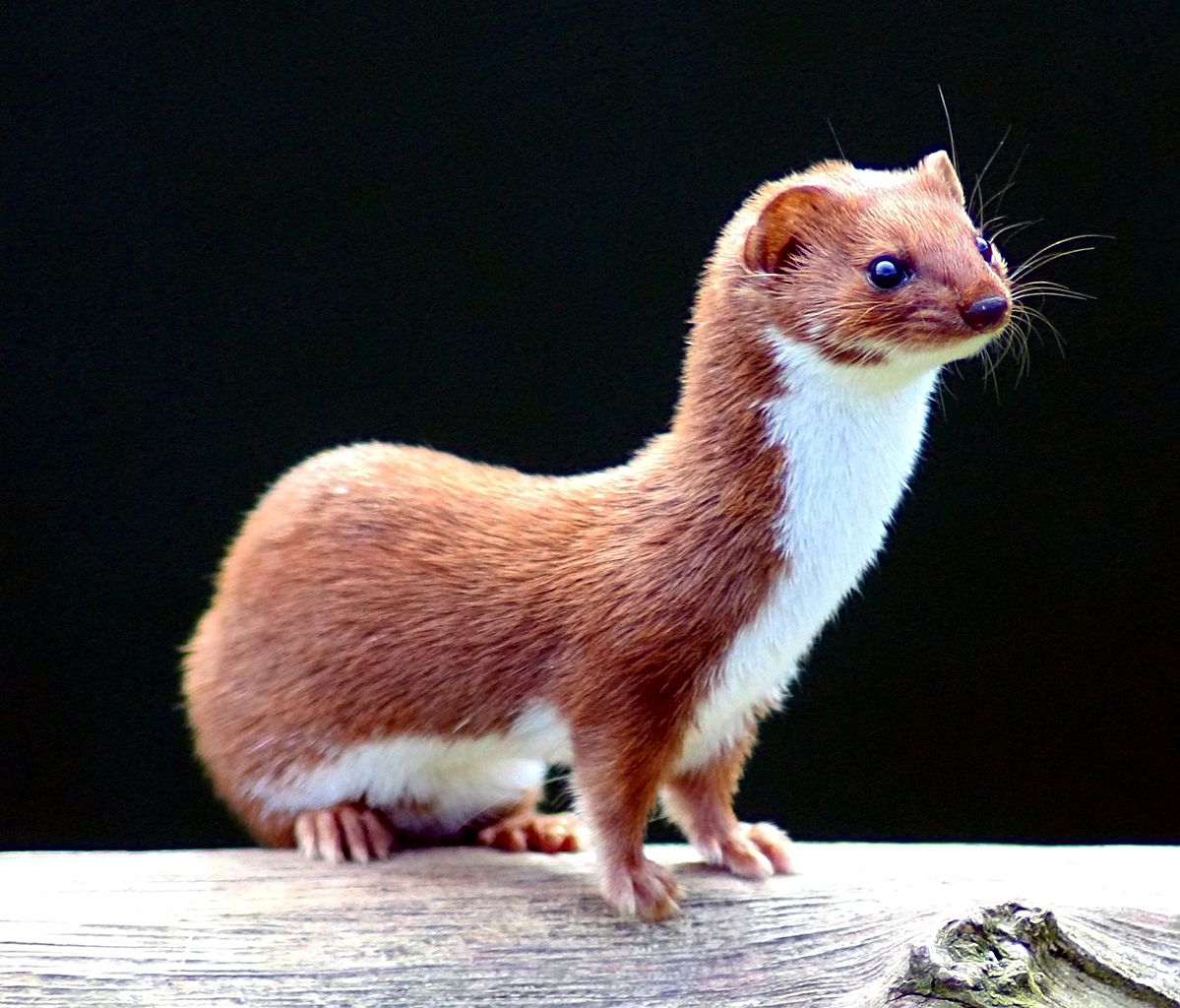 It is also known to be a fairly skilled climber, and therefore poses a serious threat to birds and their eggs in nests atop tree branches. Since a weasel eats quite frequently, it’s almost always looking for and hunting its prey, which usually consist of rats, voles and shrews.

Size of the Weasel

Weasels are generally 6.8 to 8.5 inches long, with male bodies being slightly bigger than females’. Their tails are also 1.3 to 2 inches long. Due to their long, slender body frame, they have little or no difficulty following their prey into burrows.

Weasels generally have brown or red upper coats and white bellies; however, some species of weasels cast off their outer colored covering to attain an entirely white coat.

Weasels are often confused with stoats (a close relative of weasels). The most distinguishing feature about weasels is that they are significantly smaller than stoats and never have a black tip on their tails.

Scientific Classification of the Weasel

The weasel belongs to the Mustelidae family and the genus Mustela. Thus, it’s often stated that ‘the mustelids belong to the weasel family’. Apart from weasels, other members of the Mustela genus include ferrets, stoats, polecats, badgers, fishers, martens, otters, tayras, minks and wolverines. 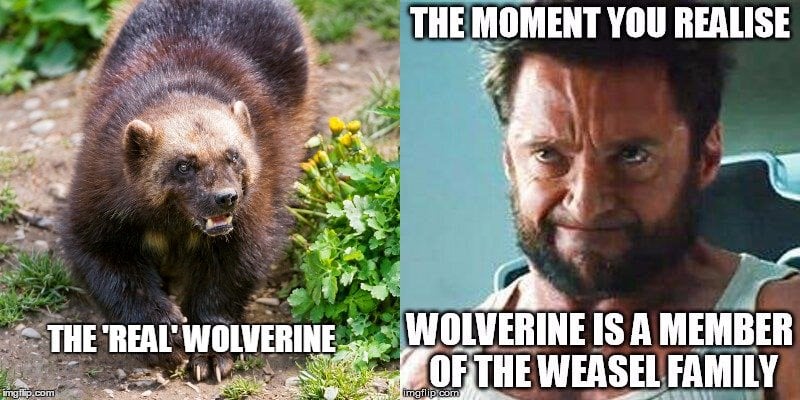 Mustelids are the largest and most diverse family in the order Carnivora. Animals of the weasel family are typically small, but they are very active predators and meat eaters.

Where Do Weasels Lgkive? (Habitat of the Weasel)

Weasels generally live in nests and burrows in hollow logs, rock piles and under barns. They also tend to attack their prey, perform a ‘hostile takeover’ of their nest and then live there. Weasels are commonly found in crop fields, woodlots, grasslands and brush piles. In fact, weasels can be found anywhere that their primary prey (i.e., other rodents) are found. A weasel house in the wild (Photo Credit : Flickr)

From a broader perspective, weasels are found practically all around the world, barring Australia, Antarctica and nearby islands.

Habits and Behavior of the Weasel

Although weasels mostly feed on small rodents, they are also known to feed on small birds, their eggs and young rabbits. While male weasels pursue and attack larger animals, like cottontail rabbits, female weasels, with their smaller bodies, are deft at entering the tiny burrows of rodents and attacking them there. Their long, slender bodies are particularly helpful for attacking prey inside the latter’s own burrows. 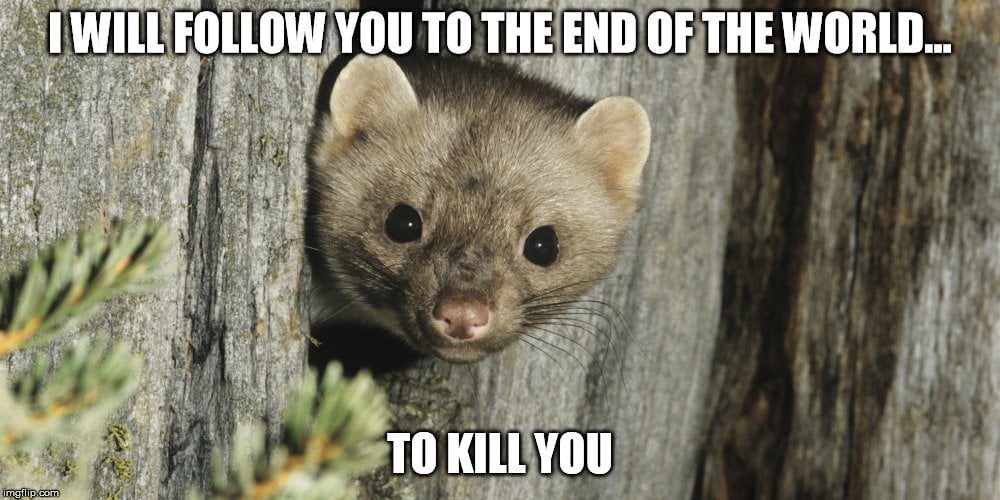 Don’t let the cute faces of weasels influence your opinion about their demeanor; weasels are murderous creatures! Since they constantly lose a lot of body heat, they have to eat very frequently to keep up their energy. Due to this, they kill and eat about half their body weight on a daily basis!

Weasels will attack a moving creature if they determine that it’s prey, regardless of how hungry they feel. This is because weasels’ bloodlust is purely instinctual and is activated by movement.

Weasels usually move across surfaces in a series of short, quick jumps, and they often stop and stand upright to do a swift situational analysis. A weasel, when cornered, can blast its opponent in its face with a thick, yellowish liquid that has a particularly foul smell. This helps distract the opponent, and gives the weasel a window to make a run for it!

From a safety perspective, weasels are known to be harmless to humans (unless provoked), but they can be a risk to other pets in your household. Therefore, if you happen to have kittens, rodents, birds or puppies as pets in your house already, then you might want to reconsider getting a pet weasel.

Furthermore, since weasels are very small and move very close to the ground, they could easily be stepped on or ‘messed with’ by babies, which could trigger them to bite in self-defense.

It usually helps if a pet weasel has another weasel to hang around with. In a nutshell, adopting a pet weasel is certainly not an option for everyone, but with proper precautions and safety measures in place, weasels can be pretty fun pets!