Crows do have their own crow funerals, where they peck their dead, ward away any predators attempting to eat the corpse, and occasionally even have intercourse with the deceased.

Crows are culprits of chaos, breaking the monotony of our mornings with their unpleasant cawing noises. However, these birds might not be making a fuss without good reason. That noise may actually be the heartbroken cries of a murder of crows mourning a fallen friend. 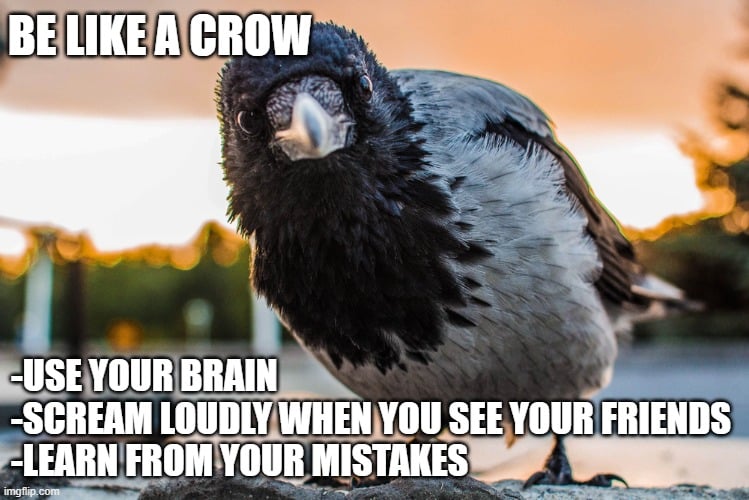 Crows are amongst the most intelligent birds, and they learn from the death of one of their own.

Crows are amongst the most intelligent birds in the animal kingdom. These birds possess higher cognition skills, which allow them to solve complex problems and plan their future tasks. Their response to death is another unique feature that distinguishes them from the rest of the animal kingdom. Only a few other animals, such as elephants and whales, have significant responses to death.

If a crow spots a fallen comrade, it raises an alarm call to alert the other members of the “murder”. A mob of crows then settles down on the branches to observe the corpse, watching and contemplating. They break into intense cawing, as if grieving the death of their fallen brother.

After they have choked themselves with shrill cries, they sit in silence, watching over the corpse for several minutes. If they spot a predator approaching the dead crow, the birds resort to mobbing behaviors, diving over the predator and scolding them away. 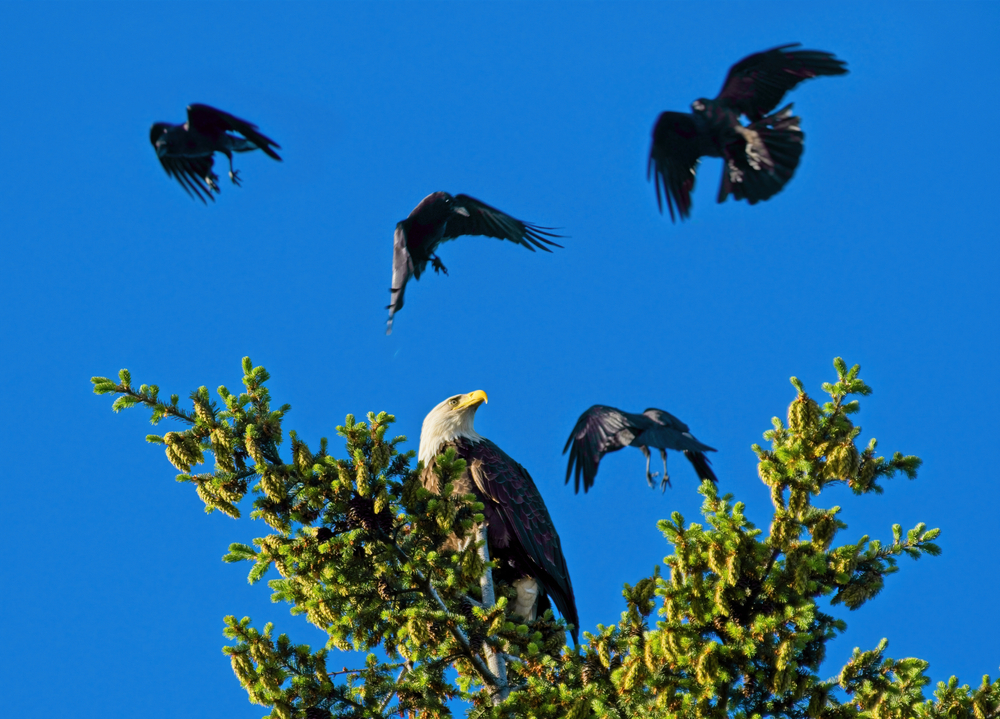 Such rituals have been frequently observed by bird watchers in parks or backyards. Farmers have witnessed them innumerable times in their fields. Scientists eventually decided to move beyond anecdotal evidence and test the occurrence of these funerals experimentally.

Researchers conducted experiments where they tried to study the response of these birds towards taxidermy-prepared, dead-looking crows. In the taxidermy-prepared birds, the skin of a real crow was arranged over a fake body to make it look real. It was observed that crows identified the stuffed animal as a dead comrade and initiated an alarm call. The corpse was soon surrounded by a mob of crows that broke into intense cawing.

The birds did other things too. There were times when they initiated physical contact with the body of their dead companion. They nudged and pecked, making it seem as though they were feeding from the corpse. However, since crows rarely cannibalize each other, it is unlikely that they considered their fallen comrade a tasty treat. 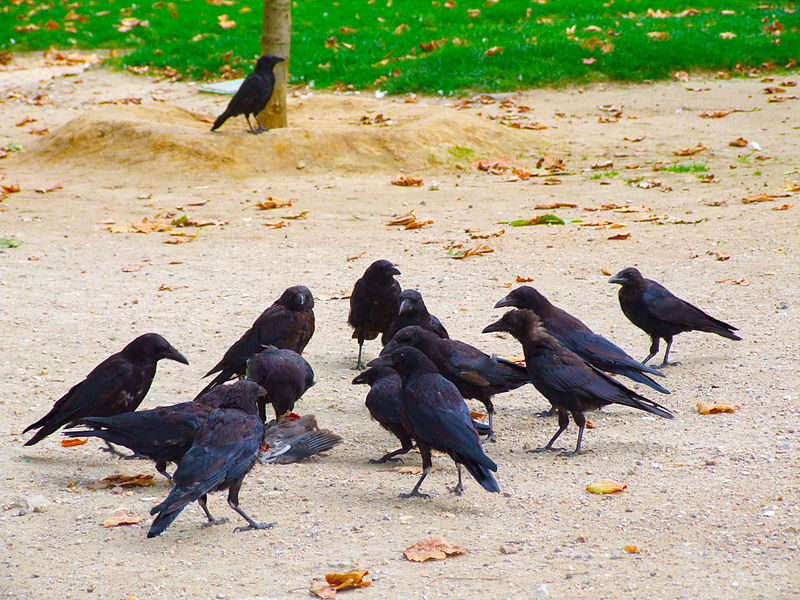 In rare incidents, they also make attempts at initiating sexual intercourse with the corpse. Although some people find this behavior gross and revolting, necrophilia happens to be quite common in the animal kingdom. It is much less common in crows, with most incidents occurring at the peak of the breeding season. Scientists suspect that these occasional attempts at copulation possibly result from a failure of recognizing their comrade’s deceased state.

These experiments allowed scientists to conclude that when crows spot a fallen member of their species, it indeed results in the commencement of a funeral-like ritual. However, what are we to make of this behavior? Does it stem from emotions? Or is there a more rational explanation?

Crow funerals are a way of learning about danger

The most likely explanation of these funerals is that crows use such gatherings to learn about dangerous places, people, and even novel predators. This has actually been proven scientifically.

According to Kaeli Swift and John Marzluff, the death of a member belonging to their own species represents a salient danger very similar to the observation of a predator. Their experiments demonstrated that spotting a human holding a dead crow evoked mobbing and scolding behavior in the crows that lasted for several weeks. 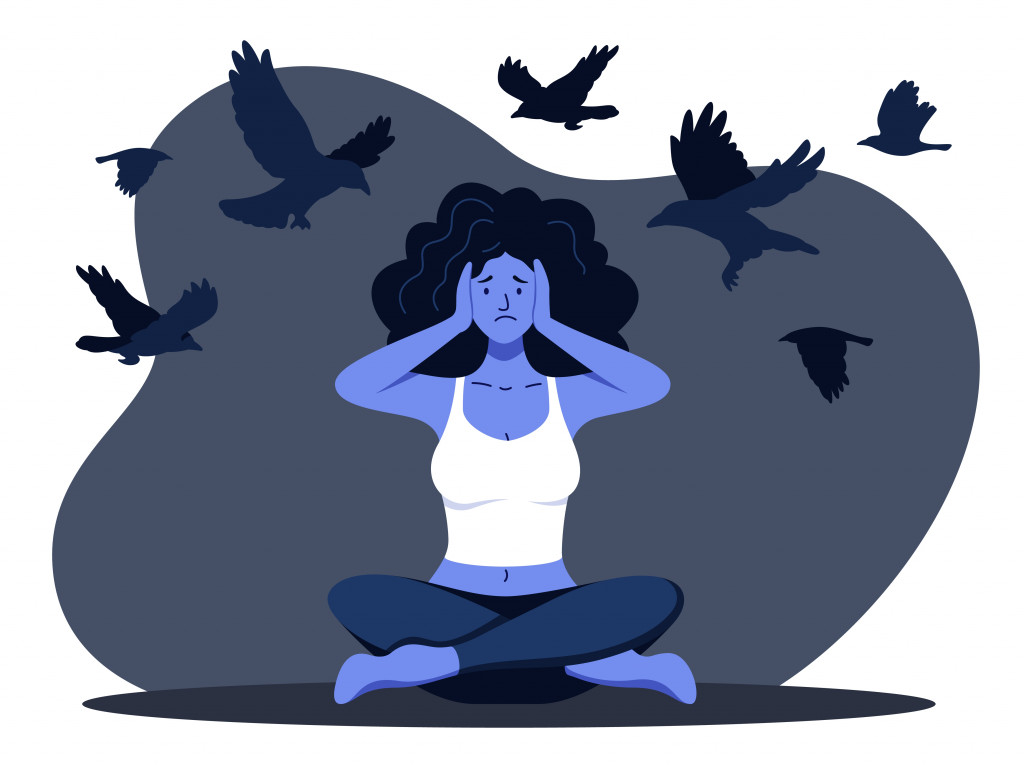 Crows are known to hold grudges and mob the people who have upset them for several years. (Photo Credit : graphicwithart/Shutterstock)

It was also observed that crows avoided eating food in the areas associated with dangerous events for several days. The mobbing behavior and reduced foraging were less commonly observed when the bird used in the experiments was a dead pigeon, rather than a crow.

Since crows don’t just ignore their dead and go on about their day like nothing happened, one could say that death holds meaning for them. But does it evoke a similar feeling of empathy and sadness in them as it does in us? Well, that’s hard to tell.

Are crows capable of feeling empathy?

Members of the corvid family, such as crows and ravens, form long-lasting, mostly permanent bonds with their mates and other members of the pack (or “murder”). The presence of intricate social systems in these birds points towards the existence of complex emotions, including empathy and grief. 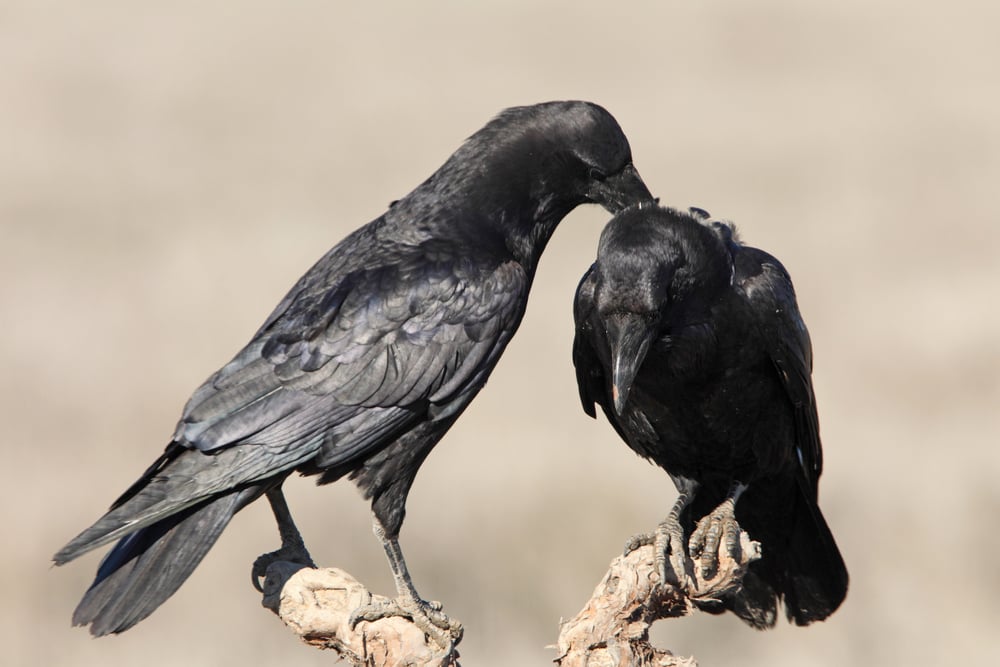 A recent study conducted on ravens found that they can read and feel the emotions of their friends. In an experiment conducted with 4 pairs of ravens, when one was denied a tasty treat during a task, the other mirrored the disappointment of their partner, even though they weren’t themselves deprived of anything. The ones who observed their partners grow excited at the sight of something tasty similarly mirrored their enthusiasm. 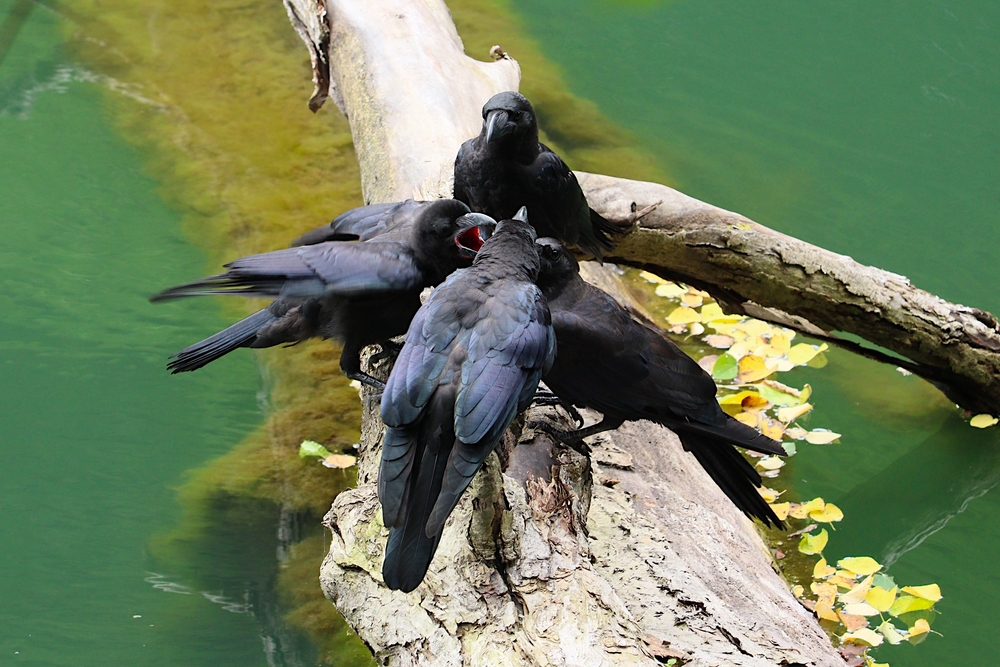 Crows and ravens are known to console their friends when they get into fights with other not-so-friendly crows (Photo Credit : Tanji Japan/Shutterstock)

These birds also display other unusual behaviors, such as consoling their friends after they get into a fight with other un-friendly ravens. Though indicative of emotional intelligence, these behaviors alone cannot be considered inherent proof of complex emotions, such as grief. Crow communication is complex and not easy to interpret. For example, in the former experiment, the birds could simply be mirroring the behavior of their partner, instead of their emotions.

Since scientists do not have enough evidence to prove the existence of grief and empathy in birds, they currently lean towards the more rational cause, i.e., danger learning, to explain funeral rituals in crows.

Even though “danger learning” seems to be the most probable explanation for the occurrence of crow funerals, we still cannot rule out grief. Sadly, a lack of concrete scientific evidence supporting the existence of complex emotions in animals keeps us from understanding the more holistic function of crow funerals. There is always a risk of over-interpreting or under-interpreting their behavior around death, but that doesn’t make it any less fascinating.

Nevertheless, the pain of separation is real and humans do not hold the monopoly over it. So, the next time you walk into a pack of screeching crows, take a moment to pay your respects! 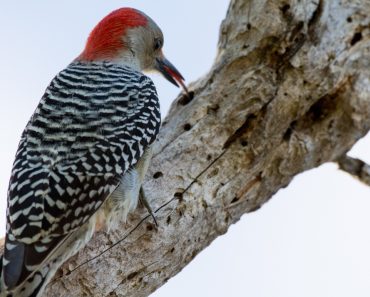