The passage of time is (almost always) synonymous with progress in technology. It’s obvious that as time passes, technology also tends to improve by leaps and bounds. Things tend to become faster, smarter, smaller, lighter and – in most cases – cheaper! In the last few decades, automobiles have become blazingly fast, as have ships and trains.

However, one of the most common means of transportation, i.e., commercial airplanes, have not really seen any improvement in terms of speed. In fact, commercial planes have generally become slower! Think about that for a moment… 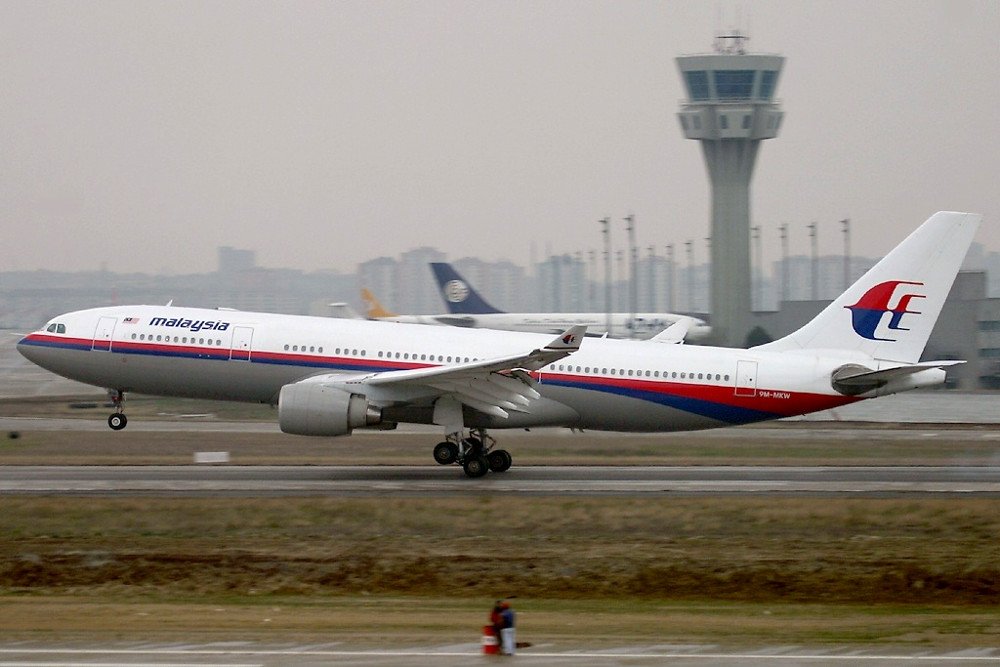 Commercial airplanes have not gotten any faster in the last couple of decades. (Photo Credit : Konstantin von Wedelstaedt / Wikimedia Commons)

As most, if not all, technological tools have improved significantly in the last couple decades, it’s not unreasonable to ‘expect’ commercial planes to similarly become faster, is it? So, why hasn’t commercial air travel sped up at all since the 1960s?

Fuel efficiency, among various other things, is the primary reason why commercial airplanes have not gotten any faster in the last couple of decades. 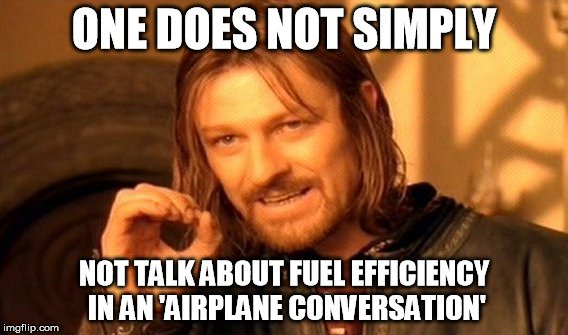 Consider this: air travel from New York to Denver takes 19 more minutes today than it took back in 1983; similarly, flying from Washington, D.C., to Miami takes 45 more minutes than what it took in 1973. One of the primary reasons behind this minor sluggishness in speed is the cost of fuel.

You see, even if you increase the average speed of your commercial airliner by 10%, your aircraft would end up consuming around 20% more energy, simply because aerodynamic drag is approximately proportional to the square of the speed. Higher speeds mean higher fuel consumption, which, in turn, means higher operating costs.

Furthermore, a modern air passenger has much less incentive to shell out more money to travel faster. It’s interesting to note that airplane manufacturers are technically capable of producing faster commercial planes, but there simply isn’t much demand for them outside of military applications. 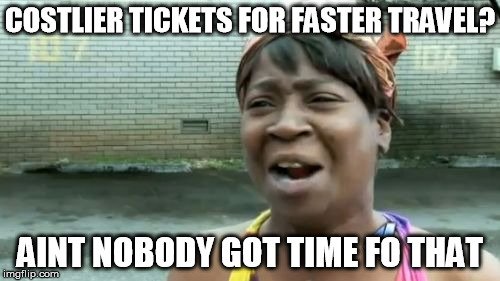 Thus, commercial airplanes continue to fly at basically the same speeds they flew 40-50 years ago.

Older jet engines on commercial airplanes had intakes that were less than half as wide and moved less air at higher speeds. However, modern ‘high-bypass’ jet engines with their large-diameter front fans offer various advantages over the older designs. 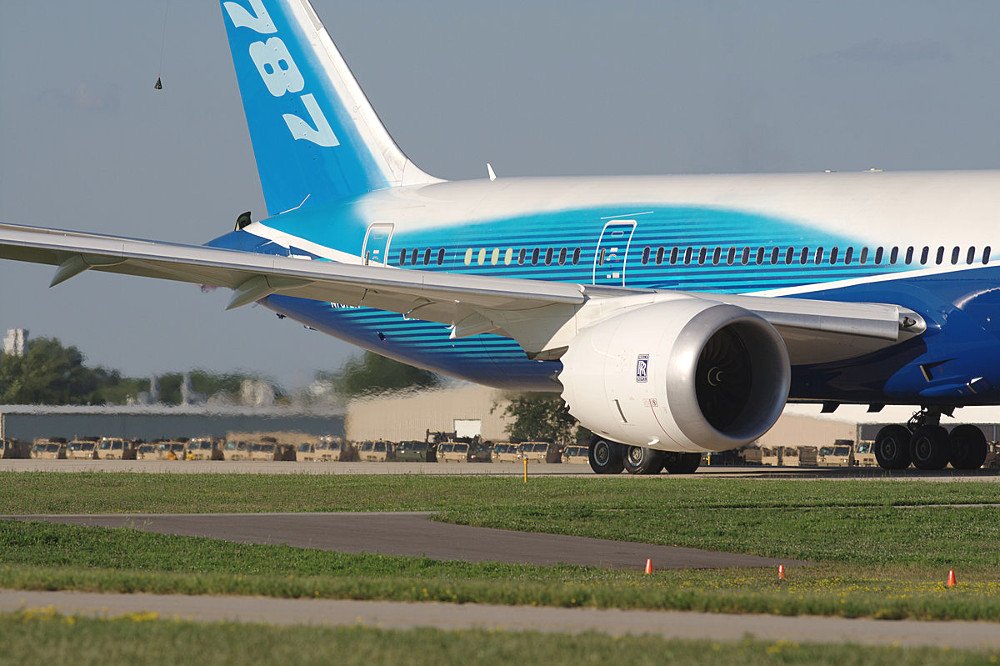 These high-bypass engines are a type of air-breathing engine that is capable of achieving the same thrust with more air passing through at lower speeds. This is done by routing most of the air (as much as 93% in some variants) around the engine’s turbine in lieu of passing through it.

Take a look at the following animation to better understand how a high-bypass engine works:

According to Mark Drela, an Aeronautics and Astronautics professor, the efficiency of these high-bypass engines peaks at lower speeds, which is why airplane manufacturers favor somewhat slower airplanes. “A slower airplane can also have less wing sweep, which makes it smaller, lighter and hence less expensive.” says Drela.

The Concorde, a British-French turbojet-powered supersonic passenger commercial airplane that operated from 1969 to 2003, had a maximum speed of 1354 mph, which is just over twice the speed of sound! 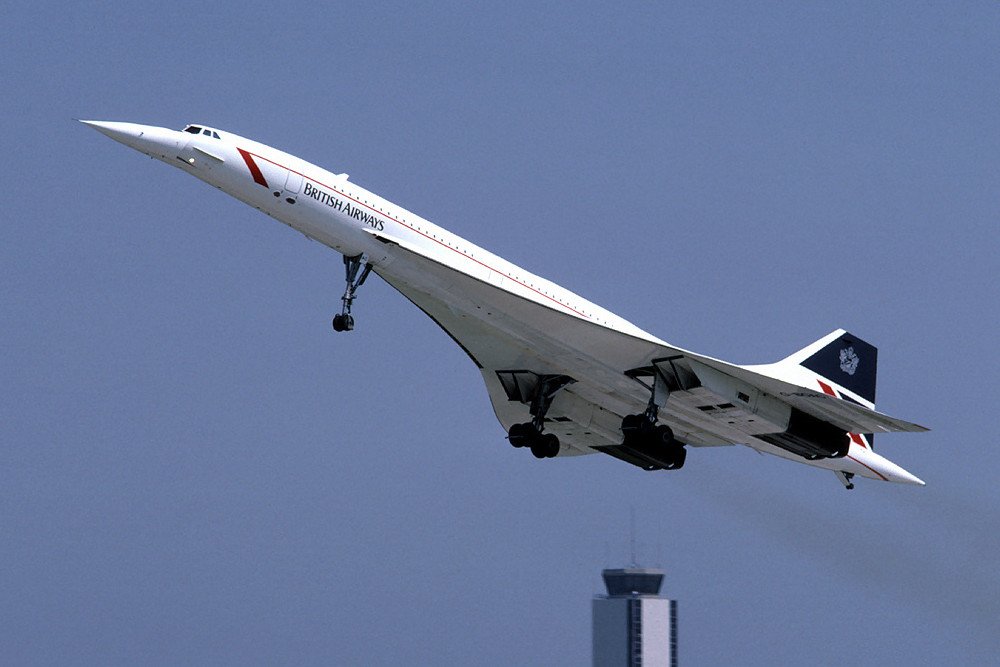 Unfortunately, the Concorde was a fuel guzzler; it used around 47 pounds of fuel for every mile it flew. Also, it could only seat 100 passengers! Thus, it come as no surprise that there weren’t many takers for the seats it offered for such insanely high prices. Basically, the company’s airline economics failed.

The plane also travelled faster than the speed of sound, which meant that it necessarily produced a sonic boom – something that many governments don’t allow in commercial aircraft that pass over their inhabited territory. As planes become faster, they inevitably tend to become more noisy, particularly when they break the sound barrier. This conflict is something that manufacturers want to avoid.

Efforts are in full swing to make commercial aircraft that have little to no sound signature; so, despite everything that was just said, flights may actually become faster in the near future!