In such a situation, the charger will still draw a minimal current from the mains and the regulator will maintain a steady supply of 5 V. Since the charger is not connected to the laptop (the ‘load’), it will result in a waste of electricity, but it would be a very, very small amount.

One of the most monotonous, yet universally-necessary activities is charging electronic gadgets using wall chargers. There are some devices whose batteries get charged in no time at all, and these devices make their owners feel proud. However, there is another class of devices that discharge rapidly, but their batteries take forever to charge back to 100%. One can assume that the owners of such devices have terrible social lives. 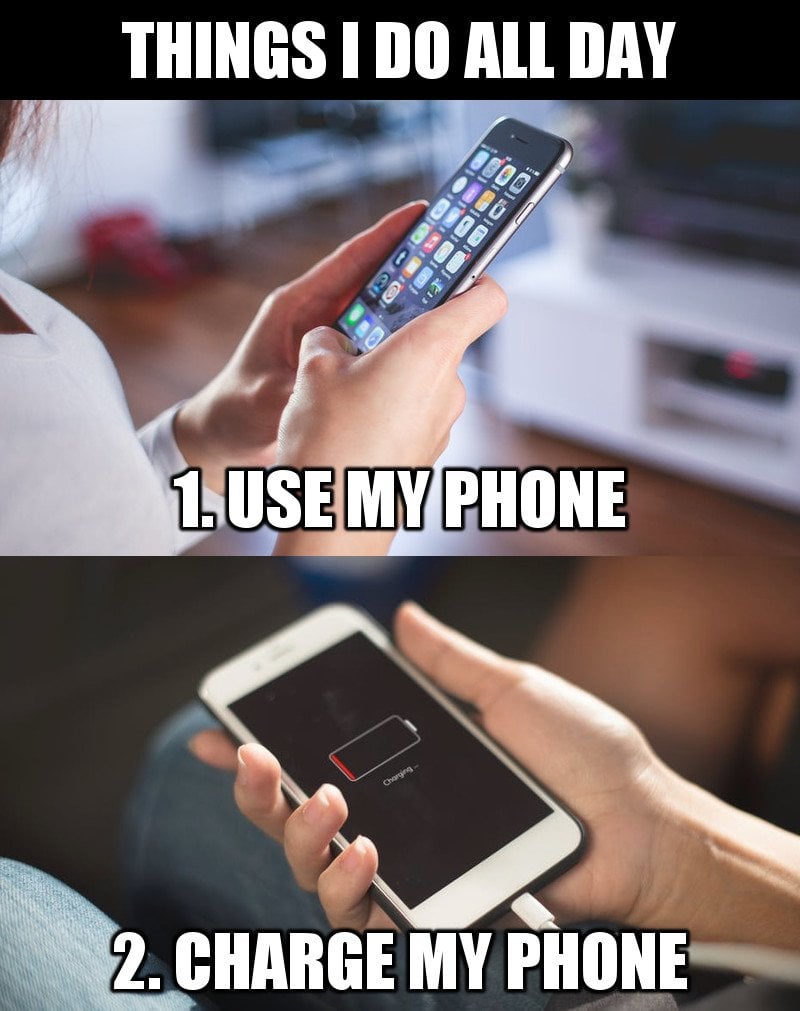 More often than not, we tend to forget to shut off the main power supply after we disconnect a device from its wall charger. Therefore, the wall charger remains connected to the mains, but doesn’t have any ‘load’ connected to it.

So, what happens in this scenario? Does an ‘idle’ wall charger (i.e., one that’s connected to the mains, but isn’t connected to any device) consume any power? More importantly, does it get damaged if it stays ‘idling’ for a long time?

How does a wall charger work?

A wall charger usually has an input in the range of 100-240 Volts, 50-60 Hz, depending on which country you’re using it in. Its output is much lower, standing at a bit over 5 Volts. Also, the input in the wall charger is AC, whereas its output has to be DC, so that it can be used to charge the batteries of electronic devices.

A typical wall charger (for, let’s say, a smartphone) consists of three main components: an AC-DC convertor, a step-down transformer and a regulator. Note that modern wall chargers come in varying designs and setups, but the basic underlying mechanism remains the same. A typical smartphone charger that gives an output in the range of 5 Volts. (Photo Credit : Santeri Viinamäki / Wikimedia Commons)

The electricity that comes to our houses from a grid and loads of poles and wires has a voltage in the range of 100-200 V. A voltage this high can obviously not be used in household appliances, which operate at much lower voltages. Thus, the step-down transformer (present inside the wall charger) reduces the high input voltage (coming from the main power source) to a significantly lower output voltage.

A step-down transformer decreases the voltage while increasing the current it passes on to the ‘load’.

The next part is AC to DC conversion. You see, the electricity coming from a power pole is AC (alternating current), and as such, it must be converted to DC (direct current) so it can be used to charge batteries. You can read about AC and DC in detail in this article: Alternating Current (AC) Vs Direct Current (DC)

Once the step-down transformer reduces the voltage to the order of 5 V, and AC is converted into DC, then all you need to do is control the flow of electricity to maintain a constant voltage (i.e., 5 V in case of smartphone wall chargers) across the connected load. This part is taken care of by the regulator.

Both AC and DC have their own pros and cons.

Now, let’s address the question posed in the title of the article.

What if a charger is plugged in, but not connected to any device?

So, you were charging your device (say, a laptop) with a wall charger. As soon as the battery displayed “100% charge”, you yanked out the power cord from the laptop, but forgot to switch off the mains or remove the charger from the wall. What happens then?

In such a situation, the charger will still draw a minimal current from the mains and the regulator will maintain a steady supply of 5 V. Since the charger is not connected to the laptop (the ‘load’), it will result in a waste of electricity, but it would be a very, very small amount. Also, it won’t cause any sort of damage to the charger. Such a setting leads to a very small amount of electricity waste.

Moreover, some modern chargers even have a ‘sleep mode’, which turns the charger off if it remains disconnected for a long time.

However, if the charger remains connected to the main power source and is not connected to any ‘load’ for days on end, the electricity wastage extrapolated over weeks and months and years may be considerable.

At the end of the day, however small in magnitude, it’s just wasted power – power that you could use to charge your devices many times over. This is also power that a lot of places on Earth still cannot access.

In short, it’s best to switch off the main power source or remove the charger from the wall once you’ve disconnected your device from its charging adapter.

How much do you know about charging electronic devices?