Home
Technology
What Are Some Of The Lesser Known Methods of Identification?

If I asked whether you had ever heard of a ‘fingerprint scan’ or ‘retinal scan’, your reaction might be something like this: I know, these basic identification techniques have become extremely common, thanks to movies and TV, so asking if you’ve ‘heard’ of them is a no-brainer. Also, these are becoming increasingly common in the daily operations of corporate offices and official buildings, making them even more relatable to the general population.

However, are these the only biometric techniques that can be used for identification? Or are there lesser known or more sophisticated methods available?

The Fascinating World of Biometrics Biometrics is the science and technology of recording, measuring and analyzing certain biological and behavioral traits of people. There are plenty of techniques that fall under the huge umbrella of Biometrics, but they can be classified into three main categories: physical, behavioral and chemical biometrics. While there have been many modern inventions and discoveries pertaining to the former two categories, meaning that we do possess considerable knowledge and equipment about them, chemical biometrics is still in the nascent, somewhat mysterious stages.

Now, let’s look at some of the relatively lesser-known techniques in the first two categories. Just like fingerprints, no two people have the exact same shape and size of their ears. Variations in size, shape, design, and texture symmetry of the ears can help verify the identity of a subject. Being a bit more publicly accepted and pleasantly convenient to carry out, hand scanning is gaining grounds in law enforcement organizations and security agencies. All you have to do is place your hand on a metal surface that has metallic pegs installed on it. Your hand will then be automatically aligned by the pegs to scan certain individual features. The process is fast and surprisingly accurate. One of the most advanced techniques in biometrics (and one of my personal favorites), is a brain wave test, which checks and verifies the electrical signals fired in the subject’s brain at the time of authentication.

To perform a brain-wave authentication, you must wear a pair of headphones and a brain wave device, and think of a ‘pass-thought’ (unique for every individual). Your pass-thought can be something as simple as playing a video in your head, or thinking of a favorite song, etc. The electrical signals that fire in your brain are recorded and compared against the database of your pre-stored recordings for authentication. “The heart beats on its own accord.” This couldn’t be more true in the case of a heart rhythm scan. After all, an entire technology has been developed based on it! The heart’s particular pattern of beating is monitored by an electrocardiogram (ECG), which projects observations of the subject’s heartbeat in the form of a series of troughs and peaks. This waveform is then compared against the registered users by the Nymi Wristband. If there is a match, an encryption key is created by the Nymi Wristband, which is subsequently transmitted to the devices (that will be used by the subject) via Bluetooth.

For a vein-matching scan, you are required to place your hand (or finger) onto a scanner, which is then illuminated by near-infrared light. A special digital camera clicks a picture of this and then produces images where veins appear as black lines. These unique images can be analyzed to verify a subject’s identity.

The vein geometry of every person remains the same throughout their lives and is absolutely unique. Another stark advantage of vein-matching above various physical scans is that it’s almost impossible to fake, since veins are not readily accessible for manipulation or alteration outside the skin.

This is rather self-explanatory; a gait test basically measures and records the way you walk and then compares it against stored information. It’s incredibly accurate and often dubbed “impossible to counterfeit”.

By the way, if you’ve seen Mission Impossible: Rogue Nation, then you’d know how difficult it is, even for the best-trained professionals, to circumvent a gait authentication scan. Whether you realize it or not, your voice is truly one of a kind. The shape of your vocal tracts and the surrounding tissue and airways affect your voice quality in a completely unique way. Not only that, but your peer influences and psychological personality also impact the way you sound.

Although voice recognition tests are not that common, with a few technological tweaks, it packs a huge potential to be used on a much bigger scale.

This test is based on a particular behavioral characteristic of ‘modern’ humans of the 21st century who are practically inseparable from computers. It relies heavily on the fact that there are several key combinations on a keyboard that fly beneath our fingers smoothly, whereas a few other key combinations take, mysteriously enough, much longer than others. So, a keystroke recognition test measures the characteristics of a subject’s typing patterns. The measurements include exciting terms like ‘flight time’ (time taken to reach and depress a key), ‘dwell time’ (time for which a key is depressed) and so on.

All these methods of identification contribute a great deal to ensuring that sensitive and confidential information of giant corporate organizations, security agencies, government authorities and even individuals remain secure and protected against misuse by anti-social elements.

You can sleep peacefully at night without worrying about your government records being exposed and stolen… a gait analysis is standing guard!

The short URL of the present article is: http://sciabc.us/AsjZu
Help us make this article better
Prev Article Next Article
About the Author: 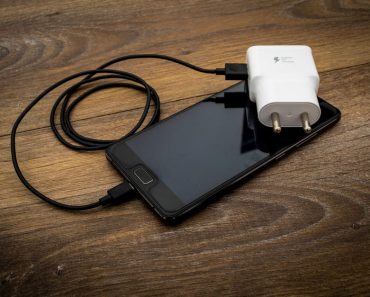