Sylvester always ends up with a blackened body after stepping on the land mines or explosives planted by Tweety. However, cartoons are not meant to be realistic, and that is certainly not the result of stepping on a land mine. In reality, these explosives are far more dangerous. You’ll end up with something much worse than a blackened body. 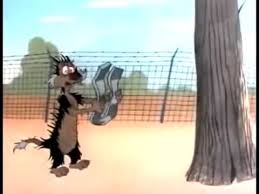 What is a land mine?

A land mine is an explosive that is concealed just under the surface of the ground, and is designed to be detonated by pressure or proximity of a vehicle or person. These mines are designed to destroy or disable enemy targets, ranging from individual combatants to vehicles and tanks as they pass over or near these buried explosives. Land mines are one of the deadliest legacies of the 20th century, as they were used extensively in warfare. Most of the land mines were planted during the World War era. At times, thousands were planted in very small areas (<2 acres). The problem is that anti-personnel land mines continue to have tragic, unintended consequences years after a battle, even once the war has ended. Armed forces failed to keep a record of the locations of the mines, so over the years, many of them were forgotten. These mines continue to be functional, even after so many years, causing damage, injury and death to unintended victims. 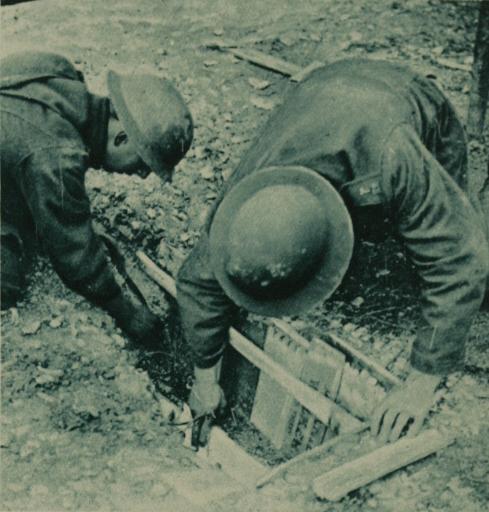 According to OneWorld International, there are currently about 100 million active land mines located in 70 countries. Furthermore, these are just the ones that have been identified. Many of the mined areas have yet to be discovered or documented.

These annihilators are easy to make, cheap and effective weapons that can be distributed over large areas very quickly. They are either placed on the ground manually or by using mechanical minelayers, which can be programmed to plow the land and place the mines at specific intervals.

Land mines can be broken down into two categories:

The basic principle for the two types of mines remains the same, the differences being the intensity of damage produced and the pressure required for detonation. An anti-tank mine is capable of blowing up whole tanks or trucks, along with the people inside it. This type requires significantly more pressure for detonation. Anti-personnel mines, however, are designed to damage armies on foot.

These mines were specially designed to ward off foot soldiers from their routes. AP mines are capable of disabling or killing their targets instantly. These mines are triggered by pressure, tripwires or remote detonators. 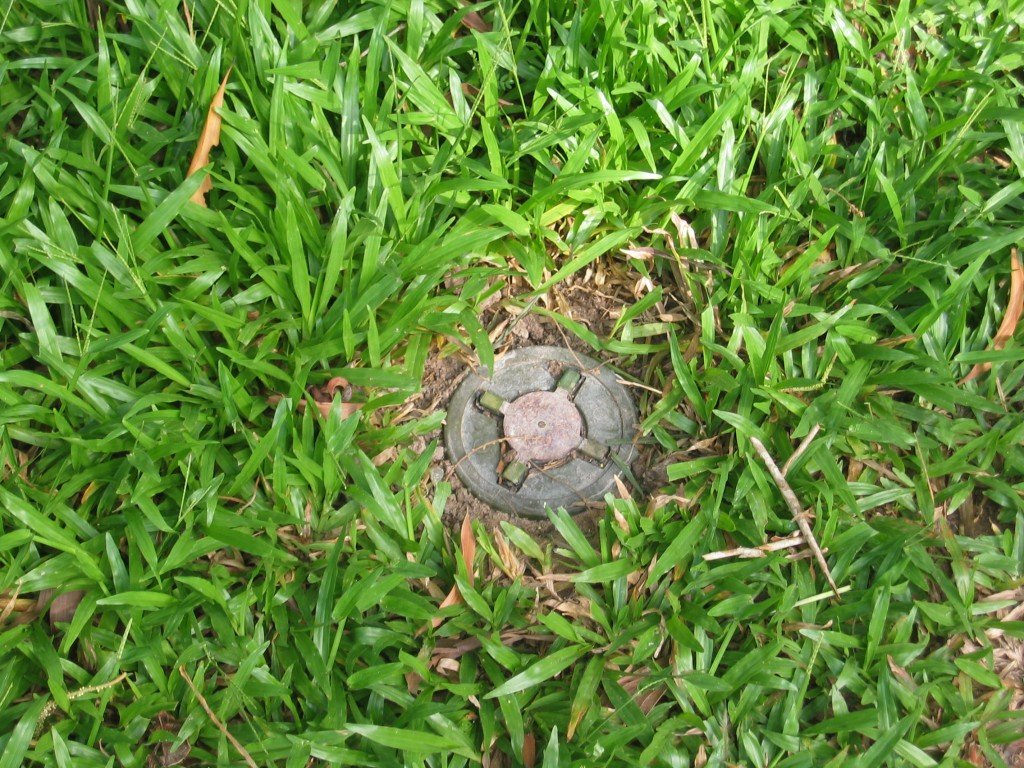 An anti-personnel mine in Cambodia (Image source: commons.wikimedia.org)

AP mines are subdivided into 3 categories…

These are buried no more than a few centimeters below the ground. They are usually triggered when someone steps on the pressure plates. These mines end up disintegrating the person’s limb into fragments.

These mines are buried with a small part of an igniter (a metal rod that protrudes from the ground). When tripped, a small propelling charge launches the body of the mine 3–4 feet into the air, where the main charge detonates and sprays fragments at roughly waist height, resulting in injury to a person’s head and chest. 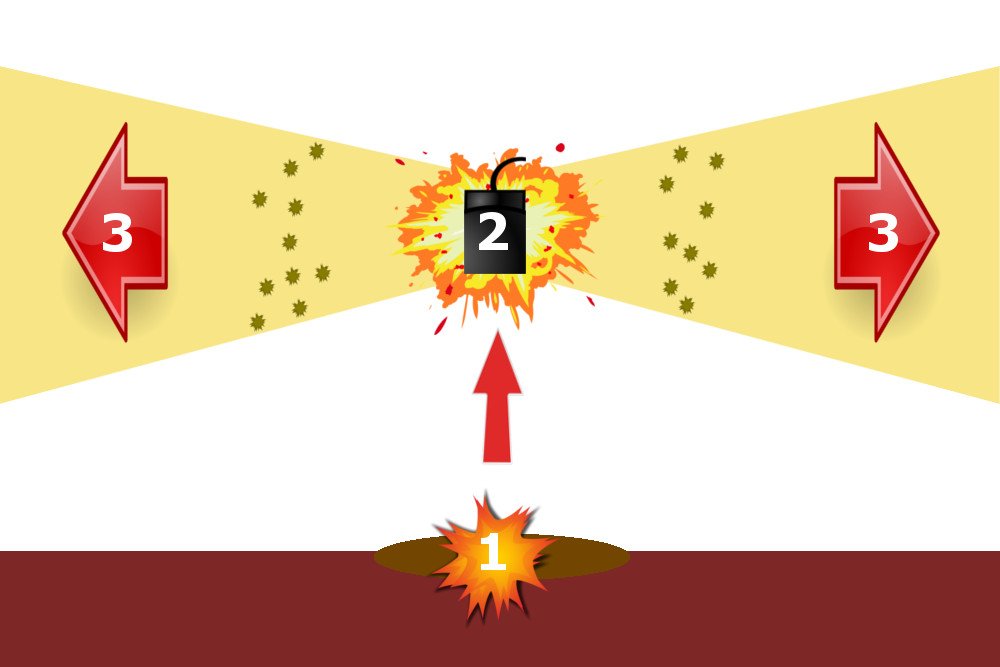 There are several hundred types of anti-personnel mines still buried around the world.

This was a small, cylindrical mine in plastic casing that was 40 mm in height with a 56 mm diameter. It was developed by the United States in the 1950s. This particular type of mine only contains about 31 grams of Tetryl (an explosive). The M14 has a U-shaped safety clip fitted around the pressure-triggered plate. The clip has two settings: A for Armed and S for Safety. The operator simply has to rotate the clip to the A position to activate the mine. Once it is armed, any pressure equivalent to 9 kg can set it off. 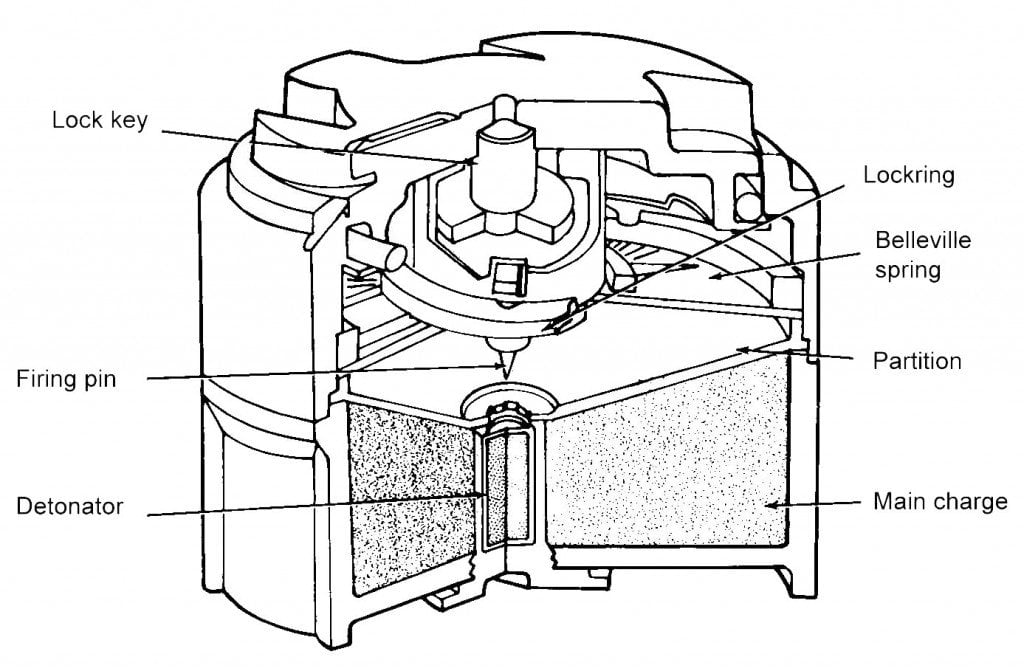 Sectional view of the M14 blast mine (Image source: commons.wikimedia.org)

As soon as the required pressure is applied, the Belleville spring is pushed down. This spring pushes the firing pin down onto the detonator, which ignites the main charge of Tetryl explosive.

This was a type of bounding mine used by the German army during the Second World War. It was a steel cylinder approximately 15 centimeters (5.9 in) tall without its sensor and around 10 centimeters (4 in) in diameter. A steel rod emerging from the top held the main fuse, where its trigger was attached. The standard equivalent triggering pressure was about 7 kilograms. The main charge (which contains most of the explosive) of the mine used TNT as its explosive; the propelling charge (small amount of explosive placed at the bottom of the mine to propel it into the air) was black powder. The igniter used a percussion cap so that it detonated after minimum pressure was applied. The main fuse was set to delay the detonation by 4 seconds after it was triggered. The explosion of propelling charge sent the mine upwards into the air and shot out pellets at a considerable height before exploding.

Anti-tank mines were developed as a  countermeasure against the first tanks introduced by the British near the end of the First World War. These are similar to anti-personnel mines, except that they are much larger in size. Most AT mines require a pressure equivalent of 158 to 338 kg.

The M15 mine is a large circular U.S. anti-tank blast mine that was first deployed during the Korean War. Most anti-tank mines are of the blast type, since their main goal is to completely destroy the vehicle, along with the personnel inside.

The mine consists of a large, circular rounded steel case with a central pressure plate. It has a diameter of 13.27 inches (337 mm) and a height of 4.92 inches (125 mm).The main charge is a mixture of TNT and cyclotrimethylene trinitramine (RDX). Just like the M14, it has two settings for armed and safety. The cylindrical fuse is made of iron and is attached to the pressure plate by a copper cover. As the tank makes contact with the mine, it is activated, since the pressure plate gets pushed down. This pushes down the Belleville spring, which has a firing pin fixed at its bottom. The firing pin activates the detonator, thus igniting the explosive in the main charge.

Land mines remain a big threat to us today. They stand guard long after tragic conflicts have ended and continue to kill and maim without mercy or discrimination. As long as nations continue to use land mines, these devices will continue to be a danger for civilians and soldiers. Apart from humans, it poses a huge threat to other land animals as well. Perhaps that’s why completing a game of Minesweeper was always so hard…. the odds are simply stacked against us!