To better understand the context of this question, try recalling the diagrams of the human digestive and respiratory systems that you studied in high school, such as this one:

As you can clearly see in these two pictures, the food pipe and the windpipe are practically next to each other. If you take a moment to think about it, you might determine that this configuration is not ideal from a safety perspective.

You see, this positioning of the esophagus and the trachea opening is a bit risky because while swallowing food, the food can get into the wrong place, i.e., the trachea, and lead to disastrous consequences. Choking on food is a relatively common way to die. Wouldn’t it make more sense if evolution had separated our gullets from our tracheae and put a little more physical gap between them?

Pathways For Air and Food Intersect at the Pharynx

As you can imagine, swallowing is an important part of survival; basically, it helps us eat and drink. Simply put, without swallowing, we would not be alive. Since it is such an important process, it comes as no surprise that it involves complex neuromuscular activities that help push food down the esophagus. 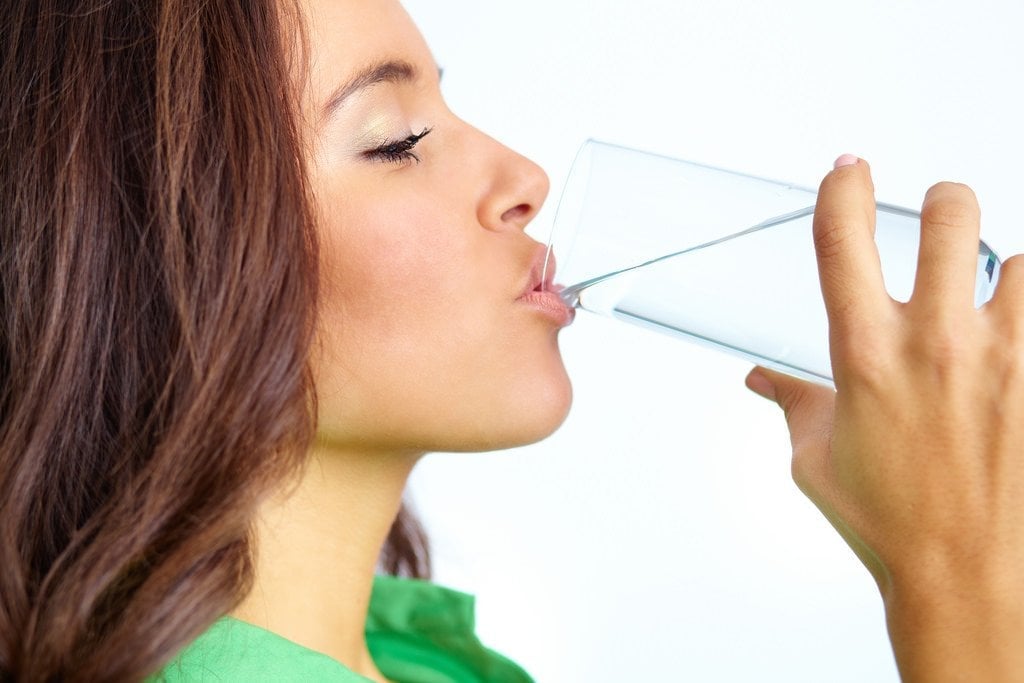 We almost always take the act of swallowing for granted unless we have a sore throat. (Photo Credit: Flickr)

When we swallow food, the pharynx becomes a passage for it. However, since the pharynx also acts as a passage for air, there must be a mechanism to ensure that the food ingested does not enter the trachea, where it could block the passage of air. Enter the epiglottis.

The Epiglottis Prevents Food (Or Air) From Entering the Wrong Pipe

A tiny flap called the epiglottis, composed of elastic cartilage and covered with a mucous membrane is the main/only player that makes sure your ingested food does not enter the trachea. It is located at the entrance of the larynx and points dorsally.

The epiglottis separates the nasal cavity and the trachea from the passage of food while swallowing. You see, when you breathe, this flap-like structure opens so that the incoming air can pass through the windpipe and into the lungs. However, when you swallow food or any liquid, it closes (thereby shutting off the windpipe for a brief moment) so that the ingested material only goes down the esophagus (and not the windpipe).

Why are the Windpipe and Food Pipe Located So Close to Each Other?

The proximity of the windpipe to the food pipe seems risky. As such, if the mechanism of the epiglottis fails – which happens occasionally – swallowing food can be quite dangerous. This choking can even be fatal if the food ingested is large enough to block the passage of air.

From the outside, it seems that this problem would not exist if, during our evolution, the trachea had completely separated from the esophagus. Interestingly, however, the risks are offset by far more important advantages that this positioning offers. 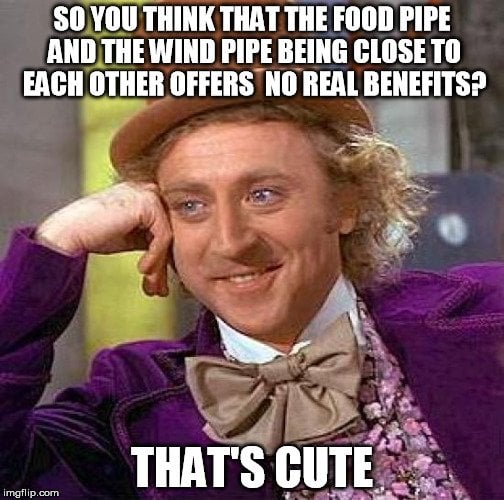 First, the ability to produce discreet sounds with specific meanings – words – depends on the direction of the vocalizations coming from the mouth through the lips.

Other living things have windpipes that intersect the esophagus much farther away from the mouth. Although this reduces their risk of choking on food, it also means that the only sounds they can produce are yelps, barks, and growls. It is important to note that animals still couldn’t speak, even if they had the same anatomical structures to produce sounds as we do, but that’s a different story altogether…

More specifically, this positioning of the two ‘pipes’ results from natural selection and evolution that gave our primate ancestors the ability to communicate.

In short, the current positioning of the trachea and esophagus may seem a little risky, but it also simultaneously helps us communicate and provides various other important health benefits.

Do you know why the food pipe (esophagus) is located so close to the windpipe?