The Adam’s apple is actually a chunk of bony cartilage that surrounds the larynx, i.e., the voice box. The reason it’s more prominent in men than in women is because during puberty, a man’s voice box tends to grow in size (much more than in women), so a noticeable bump appears right in the middle of the throat.

With just a cursory glance at an infant, not everyone can tell whether it’s a boy or girl. The differences in their appearance begin to show when they reach a few years in age, continuing until the time comes when you don’t even have to look at someone – just listening to their voice is enough to tell whether they’re a male or a female.

The point is that both the male and female bodies, which look quite similar at the outset, develop a number of physical attributes that easily differentiate them. However, for the scope of this article, we’re going to talk about only one.

Why Do Babies Have More Bones Than Adults?
If you wish to buy/license this video, please write to us at admin@scienceabc.com.

Why Does The “Adam’s Apple” Have That Name?

Almost all of our body parts have names that somehow ‘sound’ biological: brain, heart, lungs, stomach, kidneys etc. Although it’s an entirely subjective statement, the name “Adam’s apple” definitely stands out. So, what’s with the weird name? 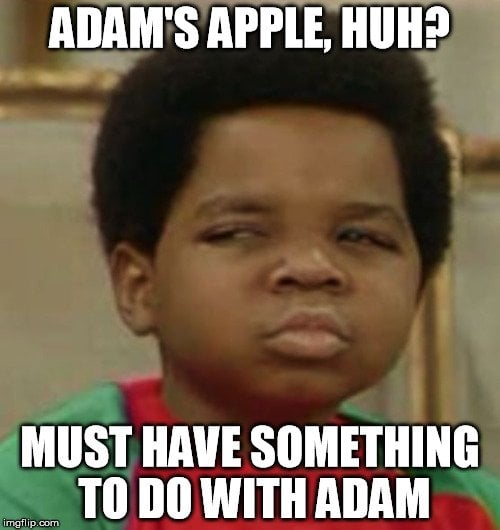 Actually, that’s exactly right. The Adam’s apple does have something to do with someone named Adam.

According to folklore, Adam – the first human according to the creation myth of the Abrahamic religions – had a piece of an apple (the forbidden fruit) stuck in his throat. All men, who are essentially the descendants of Adam (and Eve), have that lump in their throat as evidence of that event. That’s the fictional story behind why the Adam’s apple bears that name.

The Scientific Reason Behind The Adam’s Apple

The appearance of a prominent Adam’s apple has everything to do with larynx and thyroid cartilage. 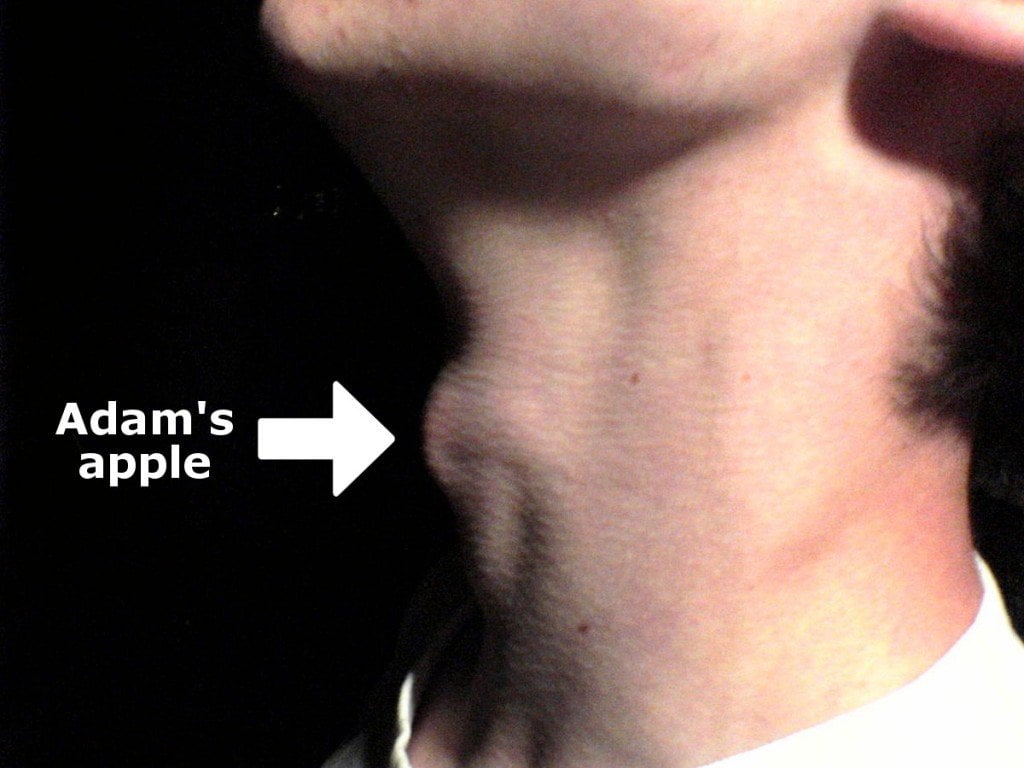 The visible lump on the male neck is called the Adam’s apple. (Photo Credit : Wikipedia)

Also Read: Why Do Boys’ Voices Crack As They Grow Up?

The larynx is an organ in the neck of mammals (and certain other organisms) that facilitates breathing, protects the trachea against food aspiration, and plays a critical role in sound production. Due to the last of the aforementioned reasons, it’s also commonly referred to as the voice box. 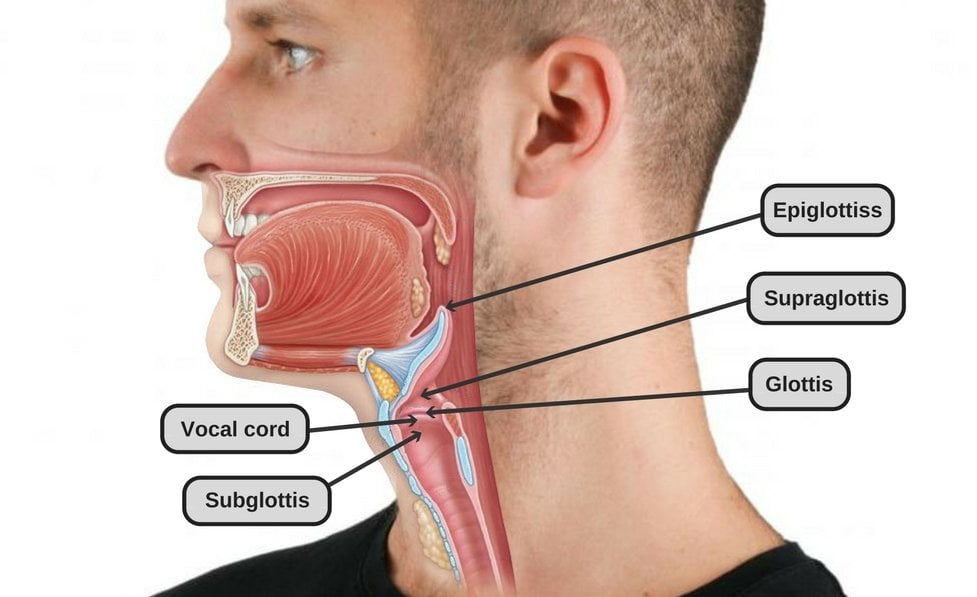 A diagram of the human larynx. Inside the larynx are the vocal cords, which help produce sound. (Photo Credit : ScienceABC)

Now, on the surface of the larynx, there are 6 type sections of cartilage (of which three are unpaired, while the remaining three are paired, which makes a total of 9 cartilage areas), which provide structural support to the larynx and make up the laryngeal skeleton (i.e., a skeleton around the larynx). Out of the unpaired cartilages, the thyroid cartilage is the largest and is directly responsible for the presence of the Adam’s apple. 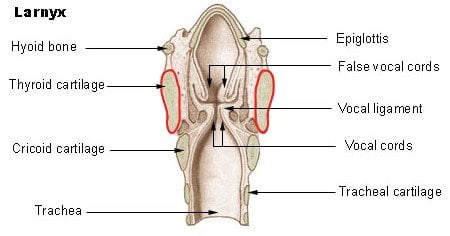 Both boys and girls are born with larynxes, but when boys hit puberty (a series of physical changes that occur in a child’s body as he or she develops into an adult), their voice box grows in size significantly more than in girls, as their testosterone levels increase. This results in the ‘cracking’ of boys’ voices and a prominent Adam’s apple.

Yes, women too can have Adam’s apple. In fact, both boys and girls are ‘born’ with an Adam’s apple, but it’s not as noticeable in women. This may be due to a number of reasons. It could be a genetic trait or an anatomical anomaly. Or it could not be an Adam’s apple at all; rather a physical growth on the neck due to some other medical condition.

Unfortunately, the presence of the Adam’s apple in women is sometimes considered ‘unwomanly’, as it’s commonly identified as a characteristic feature of adult men. This could potentially affect their sense of feminism in a negative way and hurt their self-confidence.

Also Read: Why Does Your Voice Change When You Cry?

As a result, some people choose to undergo a surgery to have the size of their Adam’s apple reduced (the process is called chondrolaryngoplasty), which, like all surgeries, has some potential risks associated with it. Counseling can and does help women deal with the situation psychologically, without invasive surgery, and is therefore highly recommended.

Do you remember why men have Adam’s apple?