Person-centered therapy, as the name implies, involves far more talking and active problem-solving by the patient, rather than long recitations of problems, followed by advice and guidance from the therapist.

When most people hear the word therapy, one of the first images that leaps to mind is lying on a couch, staring at the ceiling, while a therapist listens to your ramblings and then gives you advice. Whether you are discussing childhood trauma or current relationship struggles, the image that we often have of a therapist is that of an expert, a wise sage who can listen to our life story and lead us down a better path to healthier mental health and a better overall quality of life.

However, less than a century ago, another form of therapy began to gain popularity, one that sought to achieve similar end goals—a healthy and happy life—but took a very different approach. Person-Centered Therapy has become a widely accepted and practice method for the delivery of therapy, and has a number of benefits that make it effective for many different people.

What is Person-Centered Therapy?

Instead of the stereotypical therapy visit explained above, person-centered therapy, as the name implies, involves far more talking and active problem-solving by the patient, rather than long recitations of problems, followed by advice and guidance from the therapist. Also known as person-centered counseling and Rogerian psychotherapy, it was popularized in the 1940s as an alternative to traditional psychotherapy, namely Freudian psychotherapy, which had grown in popularity since the first decade of the 20th century. Carl Rogers is the psychologist most closely associated with person-centered therapy, as he pioneered and pushed this idea into legitimacy for more than 40 years! Rooted in the belief that people have an inherent proclivity or tendency towards self-improvement, patients are encouraged to speak candidly and comprehensively about their issues, in addition to talking through various solutions and expressing their thoughts as openly as possible. Philosophically speaking, this approach is founded on the fact that every human being is indelibly unique, with a web of experiences, beliefs, imprinted behaviors and preferences that are impossible for another human being to fully understand.

This method partially rejects the idea of an outside individual being able to interpret the inconceivably complex life of another; essentially, Rogerian psychotherapy argues that best therapist is oneself. Rather than interpretation or judgment of a patient’s personal revelations, a person-centered therapist will primarily listen, restating what has been said for clarity and confirmation.

This is the crux of the entire approach. When a patient hears their thoughts and words restated aloud, it offers them the chance to reflect and correct their statements until they perfectly (or as close as possible) express their feelings.

This back-and-forth process stimulates self-discovery and new realizations—potential paths forward suggested and debated by the patient, not super-imposed through the will or expertise of the therapist. There are few, if any questions, posed by the therapist.

Free association, stream of consciousness storytelling, and necessary gaps of insightful silence are the goal, rather than questions—>answers—>diagnoses. It is believed that a person’s desire to self-actualize and improve will guide them towards the best solutions to their own apparent problems.

By talking to a veritable stranger with complete candor, freed from power dynamics and the intimacy of friends and family, it is possible for patients to have incredible epiphanies about their own lives.

Patients are not restricted by the expectations of the therapist, nor are they directed or led to speak about anything in particular. The belief is that if a person feels the need to talk about a particular topic, that is where the session goes; patients are given the majority of the control in terms of subject matter and depth, opening up and examining at their own pace and on their own terms.

This approach to therapy has a few fundamental tenets—relating to the relationship and behavior of both the patient and therapist—that set it apart from what we traditionally think of as therapy. The key elements of this approach are as follows:

While it may not be possible for the therapist to genuinely empathize with certain elements of a patient’s life or experience, unconditional empathy is required for this therapy to be effective. By asking for clarification and in-depth explanations of events in the patient’s own words, the therapist is better able to fully understand the situation, and support the patient accordingly. There must be a high level of acceptance for whatever a patient says, and any atmosphere is superiority or judgment must be eliminated. 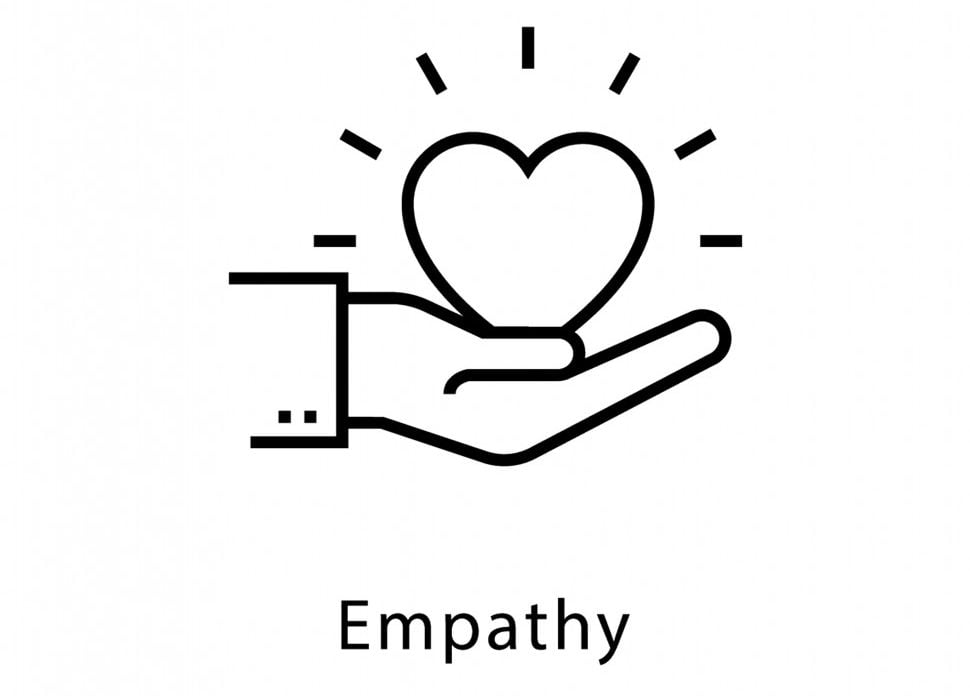 Showing empathy is one of the effective method of person-centred therapy (Photo Credit : Creative Stall/Shutterstock)

Related to the idea of empathy is positivity from the therapist to the patient. There should be no negativity, judgment or criticism towards the patient for their behavior and choices. This support creates an atmosphere of trust and openness that will encourage honest confessions and discoveries. A therapist specialized in this approach should give their patients confidence and inspire autonomy, making it as easy as possible for patients to reach their own conclusions and make their own choices as they attempt to move forward.

Another key element of person-centered therapy, and one that distinguishes it from traditional approaches, is the equality that a therapist should establish with the patient. Rather than a position of authority, the therapist will attempt to find common ground, or at least present themselves on an equal level as the patient. To establish trust and have this therapy be effective, the therapists must not present themselves as having all the answers, nor like they see the patient as a disorder to be rectified. As Carl Rogers often noted, he saw every patient as a person, not as a diagnosis. Why Does Person-Centered Therapy Work?

While it may not do the trick for every patient, the success and continued popularity of this psychological methodology is due to its inherently positive approach. Instead of focusing on suppressed memories, childhood trauma, past wounds and current anxieties to formulate a diagnosis, this therapy drives people to tap into their own internal mechanisms for change.

Self-directed behavior for positive change is often more effective than behavior that is guided or designed by another, i.e., a traditional psychotherapist.

Once that desire for positive change and personal growth is identified, patients are more likely to find solutions and insights within themselves. This approach isn’t for everyone, particularly those who appreciate more guidance and a hands-on, authoritative figure in their therapist. However, the humanistic philosophy that underpins this tactic is anecdotally more favorable for mental health than other diagnosis-based forms of therapy.

Even if person-centered therapy doesn’t sound like your cup of tea, therapy in general and talking out your problems is always valuable. If you are unable or unwilling to turn to friends and family in your life for help, seek the professional counsel of a therapist—whether they want to ask you questions or not!