Science fiction has dreamed up teleporters and intrigued our imaginations, but quantum mechanics and the complex ways our cells work make it next to impossible to create real teleporters.

This quote is something every science fiction lover will know (although it was never said in this manner on the show, interestingly enough).

Teleportation wasn’t exactly a new idea when Star Trek and Scotty made it famous. It was awe-inpiring to see the transporter in action, the idea that such a device could beam objects and people from place to place in a matter of seconds was mesmerizing.

It would certainly help us avoid traffic jams!

However, is such an ingenious device possible? Could people really beam themselves from country to country without suffering the jet lag? Before we come to that, let’s first see what a transporter actually is.

How Does The Transporter Work?

The infamous transporter breaks down the being or the object into subatomic particles with high-energy beams and sends it to the desired region. Once there, the constituents are then perfectly reassembled like Legos. 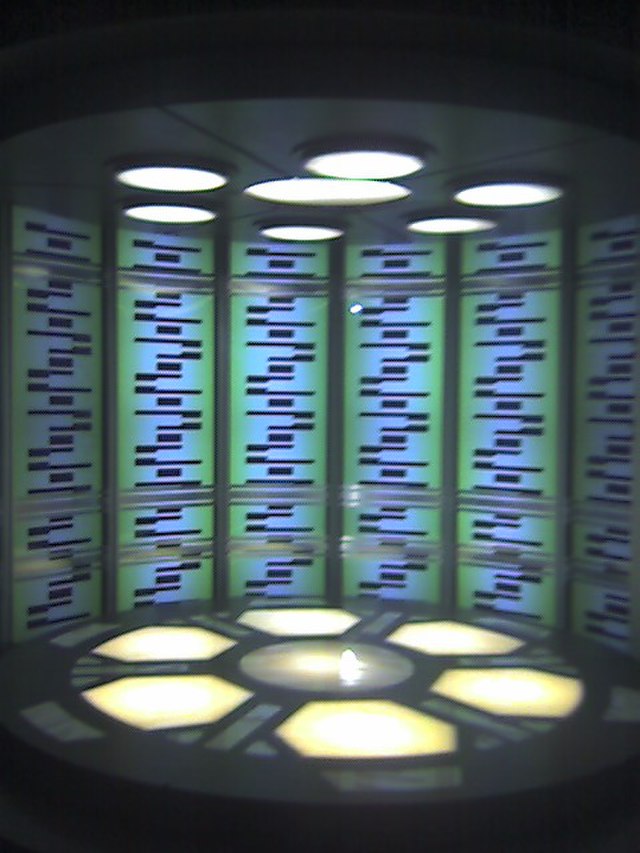 The transporter was a budget-friendly solution to avoid spending on the visual effects of spaceship landings. (Photo Credit : Wikimedia commons)

The principle is that the transporter breaks down matter into energy. The energy is then transported to a destination and assembled back into matter.

Now, could such an ingenious object be designed in reality?

According to our current understanding of science, not at all. There are many complicating issues we would face.

Science fiction inspired a lot of inventions, such as automatic doors, mobile phones, tasers, and organ transplants. Sadly, teleportation devices remain out our of reach.

The main reason is our poor understanding of quantum mechanics. It’s hard to understand the position of a particle and the speed at which it is traveling.

For example, let’s say I took a puppy and the transporter broke it down into its subatomic particles.

On top of that, we would also have to keep track of so many particles!

Suppose a few particles get lost on the way, the puppy therefore wouldn’t be reassembled correctly. It would be like losing a crucial Lego piece that holds the entire structure together.

Even with these obvious challenges, a few German scientists made a transporter… of sorts.

The machine, which they decided to call Scotty, breaks down an object placed inside it while scanning it simultaneously and sending this data to the receiver at a particular location. There is a relocate button that, when pressed, signals to the receiver to start making a 3-D replica of the scanned item.

As the sending unit scans and destroys the object, the receiving unit reconstructs it at the other end. Pretty cool, right?! Although you probably guessed already… a puppy definitely couldn’t be transported this way, at least not with any hopes of keeping it alive.

Another problem is that of material. Let’s say that you tried to teleport an expensive gold necklace. In the destructive scanning procedure, the necklace would be destroyed, while at the other end, you’d be left with a 3-D printed plastic replica. There goes the necklace’s value!

The whole dematerializing and rematerializing of matter isn’t something to which I’d like to subject my body. The idea that all my cells would be broken down into subatomic particles and then reassembled is freaky.

If by any chance my cells weren’t reconstructed properly and some DNA damage took place, it could lead to serious consequences, like cancer. How could we possibly ensure that the reconstruction process works perfectly? 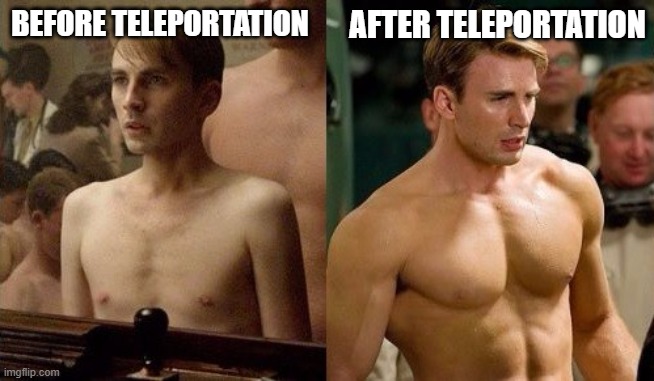 If only it would work this way.

Another issue is that quantum mechanics now discusses the possibility of a soul. How would something like that be transported? The soul is believed to be raw energy, so could this energy be carried by the transporter?

Another question is whether a person’s behavior or personality would be affected by teleportation. How does one carry a person’s consciousness?

Would A Transporter Ever Be Possible?

I don’t think a transporter is something that humans will be able to create. I hope I’m wrong, but it seems almost impossible. The risks associated with it are far too great. We simply don’t understand enough about biology or quantum physics to ensure that our particles would be reassembled perfectly.

Plus, I don’t know how many would volunteer to test a transporter, particularly as an “early adopter”.

We could very well have a transporter for non-living objects, but I don’t think we’ll have a tool to beat the city traffic anytime soon.

Teleportation of small non-living objects is possible, but that will have to do for now. I’m afraid that the fictional Scotty and his transporter will stay fictional and the only way we’ll get to see it is by watching Star Trek.

There is still so much we don’t know about the process or the possibilities; we need unimaginable breakthroughs in all scientific fields to come up with such a machine to beam us around country to country. Or maybe even… planet to planet?