The secret to Spiderman’s feat lies in the high tensile strength of spider silk, which makes it up to five times stronger than steel!

When it comes to superhero flicks, very little remains beyond the realm of possibility. While most superheroes are gifted with superhuman capabilities, others use their scientific minds to save the day. However, as much as we want them to be real, most of these miraculous moments are only possible with computer graphics.

For example, take the case of Spiderman stopping an out-of-control train with his web alone! Surely he couldn’t do that in real life, right?

The short answer to this is… yes! At first, such a proposition might surprise you. Aren’t spider webs easily dismantled by the sweep of a broom on cleaning day?

The secret to this fascinating fact lies in the spiderweb’s material – the spider silk. This silk is purported to be several times stronger than most steels, at least in theory. The strength of any material, however, is measured across several parameters, and spider silk does not necessarily trump steel on all counts.

The family of arachnids has 7 glands that produce silk of varying properties and functions. While no spider has all 7 of these glands, some spiders have as many as 5. Amongst the strongest webs are those woven by the golden silk orb weaver spider and Darwin’s bark spider. While the former can weave silk comparable to steel in terms of tensile strength, the latter is known to produce silk that is comparable to, or even stronger than, the bullet proofing material Kevlar.

Every ‘visible’ strand of a spider web is composed of several fibers running parallel to each other, much like an electric cable. The visible strand ranges at around 3/100th of a millimeter, making it several thousand times thinner than human hair. The individual fibers that compose this strand are even thinner—in the range of a millionth of the size of the visible strand.

Despite having such microscopic dimensions, spider silk exhibits superior mechanical properties. To begin with, spider silk has extremely high tensile strength, meaning that it can withstand a high load before it breaks. This usually ranges from 0.2 to as much as 12 GPa, which is much greater than stainless steel, which stands at a little over 505 MPa. 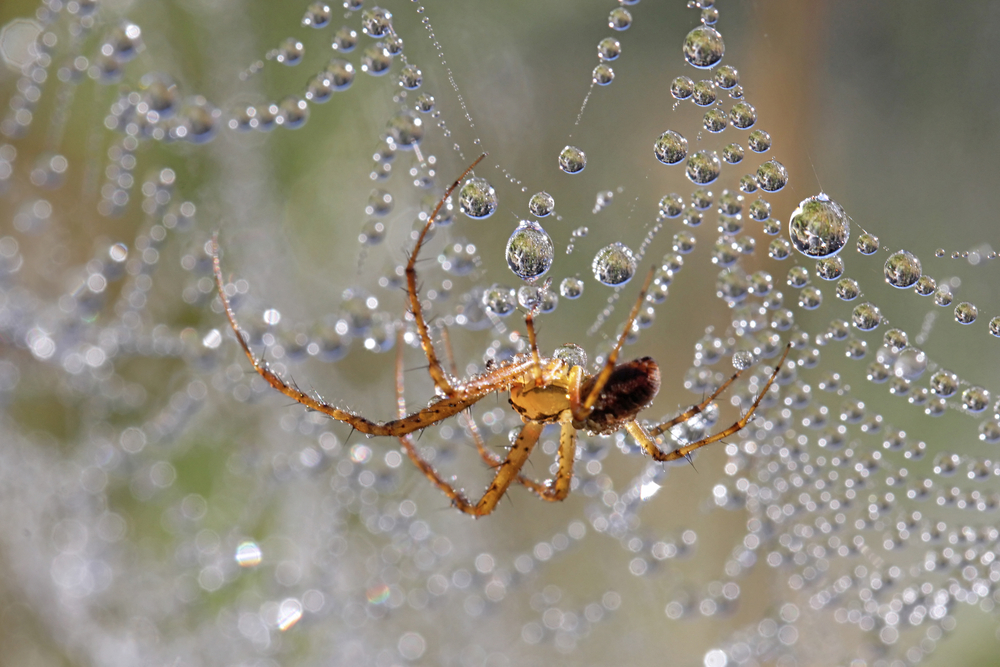 The high strength to weight ratio of spiderwebs means that they can support several times their own weight without breaking (Photo Credit : Marek Mierzejewski/Shutterstock)

At the same time, spider silk is extremely elastic, meaning that it can be stretched to several times its own length before it deforms or breaks permanently. This can be attributed to its parallel drawn cable-like structure.

Spider silk has very low density, due to its protein chain construction, making it very light in weight. The high tensile strength gives it a very high strength to weight ratio, meaning that a spider’s web can withstand several times its own weight without any damage. Other properties of spider silk include self-cleaning, adhesive properties, and resistance to water.

The high tensile strength of spider silk makes it capable of absorbing a lot of kinetic energy, assuming the strands are proportionate in size. The momentum of a fully loaded subway train, going at full speed, was measured to be well within the limits of the elastic limit of the golden orb silk weaver spider.

Silk from Darwin’s bark spider is almost comparable to Kevlar, which is commonly used in bulletproof vests. (Photo Credit : Shutterstock)

In fact, independently conducted calculations point to a pencil-thick strand of spider silk being capable of catching a Boeing 747 and bringing it to complete rest. However, such a feat requires no less than 30 km of silk line, and the plane must be flying at low landing speeds of up to 80 kmph. Not to mention, a pencil-thick web would require more than 100,000 spiders to be made!

Thus, spider silk is a very promising material, in theory, owing to its high tensile strength and elasticity. However, the sheer impracticality of scale makes it impossible to be put to any significant use, other than in laboratories. 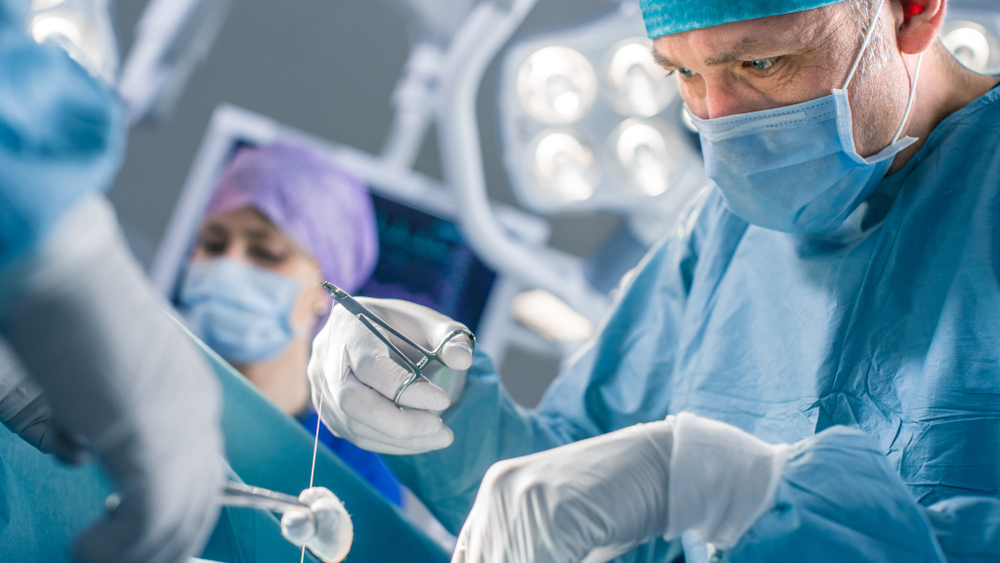 Biocompatibility of spider silk with the human body makes it a great alternative for medical sutures and artificial ligaments (Photo Credit : Gorodenkoff/Shutterstock)

The protein-based formulation of spider silk is also biocompatible with human beings. This makes it a potential contender for medical applications, such as sutures, surgical bandages and even artificial ligaments.

While it may be easy to break a small spider web due to its near negligible dimensions, they are theoretically insurmountable if scaled to human proportions. The only downside to spider silk is its lack of availability in commercial quantities! 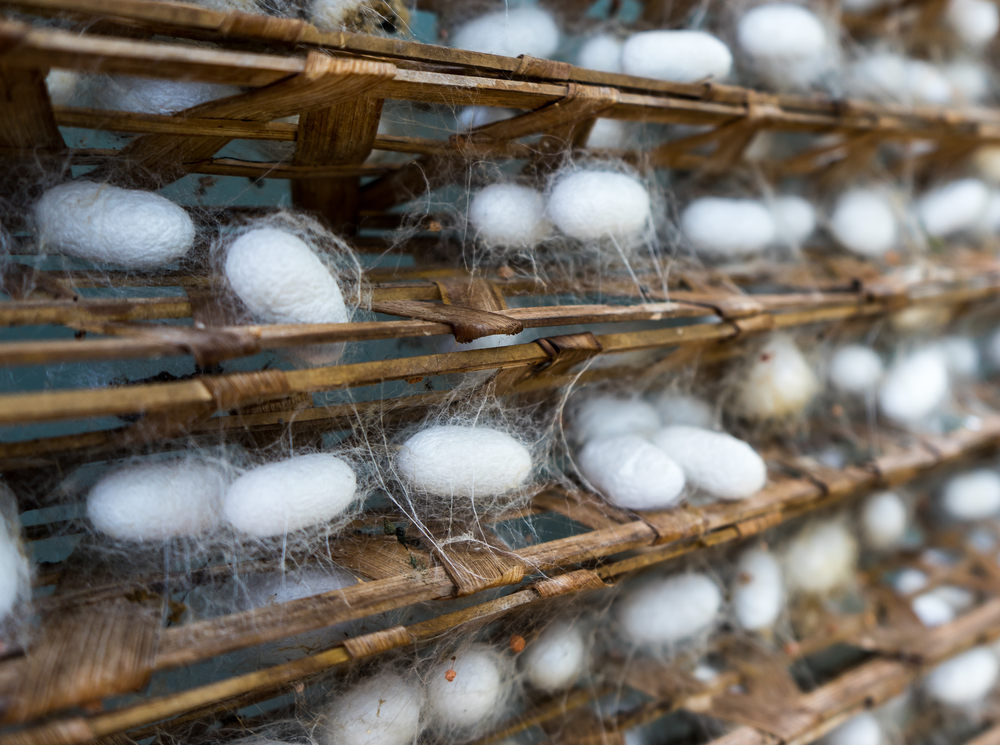 Unlike other creatures, such as cattle and silkworms, which can coexist with other members of their species in harmony, spiders are cannibalistic in nature. This further prevents the harvesting of spider silk in large quantities. Even though scientists are trying to replicate this formulation by gene transplanting, they’ve only achieved moderate success thus far. Until we figure that out, determining whether Spiderman would actually be able to save a train from falling is a problem that only time—and the existence of a worthy super villain—will tell!