Population projections are made by various institutes, one of the most important being the United Nations. They create population projections for the future, allowing them to predict when we’ll cross the next population growth milestone. What they can’t predict is which exact baby will push us into the next billion. The United Nations selects a “symbolic” baby born around the date they have projected.

However, there are 4 babies born every second. See how fast this world population ticker is ticking? How then can we possibly know which baby marks our jump into the next billion?

To even begin dreaming of pinpointing the 8-billionth baby, we need to see how we calculate populations and then project their numbers in the future.

Getting Statistics On The Population

Governments have been keeping census tallies for thousands of years; the first known census was taken by the Babylonian empire in 3800 BCE.

A census is a survey about the population of an area. It contains a count of the total population, as well as information about the population, such as gender and sex, religious affiliations, socio-economic information, sizes of families, and more. This helps governments, organizations, and policy makers identify problems or shortcomings, make better decisions to address issues, and identify the effects of existing policies.

Countries typically take a census every 5 to 10 years. 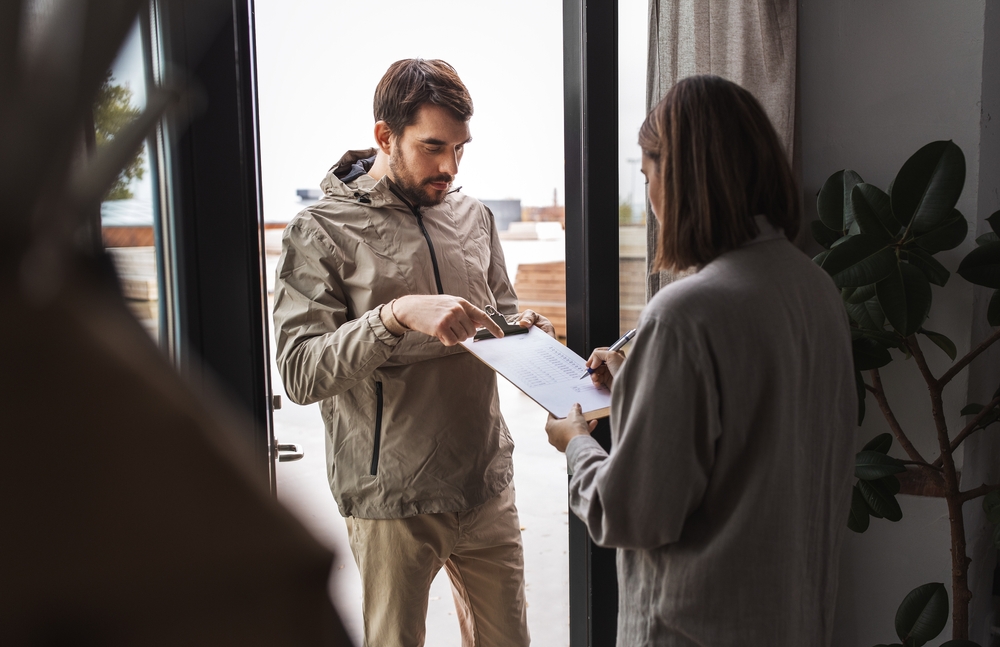 Through census data, statisticians, data analysts and population experts infer a number of statistics, such as the birth rates (number of individuals born per 1000 population within a time frame, usually a year), total fertility rates (the average estimate of how many children a woman will have over her lifetime), mortality rates (the number of deaths within a population during a period of time), and net migration rates (the difference between the number of people who immigrated out of the country and those emigrating to the country).

Governments will often release this data for the public, researchers, think tanks, policy organizations, and the United Nations.

Projections Of The Future Population

The United Nations is who we can credit for announcing our 8 billion person day. Since 1946, the United Nations has been collecting and analyzing data of the world’s population. In the same year, they set up the Population Division, which is still the division today that analyzes global population trends. The important one for this article is population projections.

Projecting the trends of future populations became important when we realized that the world might becomes so populated with humans that it would cause an economic and social crisis.

In 1798, Thomas Robert Malthus, an English economist (among other things), published ‘An essay on the principles of population’ where he states (in essence) that we won’t be able to feed a population that is exponentially growing, eventually leading to some catastrophe. If that sounds too dire, you have company, as the idea has been and is still being debated.

Nonetheless, some experts are of the opinion that our planet can only support about 11 billion human beings, which the United Nation’s population division projects will happen by the end of this century.

Also Read: How Is The Global Population Counted?

That’s something to look forward to, provided technology has figured out how to cryogenically freeze us.

There are many methods and models out there to project the future population. Besides the United Nations, there are four other institutes across the world performing their own population projections.

However, what all these models need are some key factors to base their model upon. Projections are based on past demographic data, as well as present data. The data is essentially all the information in a nation’s census: birth rates, total fertility rates, mortality rates and net migration rates. Comparing our current data with past data, we see that the overall world population increase is slowing down, and that population expansion is currently at its slowest rate since 1950.

This decrease in overall population growth resulted from advancements in science and technology, which allowed individuals to live longer through access to preventative health care, such as vaccines, as well as better treatment for diseases. Standard of living and literacy rates have also increased overall, and as people move up the socioeconomic scale, the fewer children they are likely to have.

According to the United Nations’ current estimates, we could have our 9 billion day sometime in 2037 (give or take a few years).

We know of four “x billionth babies”, each of them brought into the world with differing levels of fanfare. You’ve met the eight billionth baby. The seven billionth was Sadia Sultana Oishee, born in Bangladesh in 2011. The six billionth was Adnan Mevic, born in Bosnia-Herzegovina in 1999. The five billionth baby was Matej Gaspar, born in Croatia in 1987. And the list ends there.

The United Nations may have predicted when the world would hit the next population milestone, but no amount of data collecting and analysis could ever tell you exactly which baby is the x-billionth. That level of accuracy would require a preposterous level of unnecessary and constant monitoring to be accurate about which new human gets an arbitrary title that we’ve constructed for our own entertainment.

These babies are symbolic, probably chosen by an official sitting at some desk in one of the United Nations offices. However, considering that the media is already on the scene at the time of birth tells us that it is probably pre-determined that a particular baby, country, and region will be chosen.

Usually, the children are born at the same time Cinderella leaves the ball, as soon as possible after the clock strikes 12.

For the UN and the world, population projections serve to guide us into the future, and better understand Sustainability Development Goals. The projections aren’t perfect. They have a high confidence over 20 to 30 years; in other words, we can be pretty sure what the population of the country will be in 2050, but the longer one projects into the future, the less confident we can be about the estimate.

The UN does keep refining and reanalyzing their projections when new data comes in. Initially, they had predicted that we would reach the eight-billionth mark in July of 2022. They then revised it to November once better information was available.

There are many events no one can foresee, no matter how sophisticated our data analysis models become. Think of the unpredictability of wars, famine, pandemics, and outer space colonization (if Elon Musk and Jeff Bezos have their way). We only now have a decent understanding of how the COVID-19 pandemic has affected the population, and even though some individuals had warned us about an imminent pandemic, they had no idea when it would come or how deadly it would be.