To a degree, donating blood does lead to weight loss, but not significantly enough. Replacing one pint of blood burns approximately 650 calories, which is equivalent to about one hour of cardio. But, you cannot donate blood frequently, so, exercising and diet are still the best ways to lose weight sustainably.

Everyone seems to be looking for the best new secret of weight loss, from crazy diets to insanely challenging workouts, extended fasting, or a prayer to the gods of metabolism. However, there is one potential weight loss trick that most people would never expect – donating blood.

While most people view blood donation as a charitable or benevolent gesture, some people also consider the potential health benefits of donating – like killing two birds with one stone! The claim seems too good to be true, so what is the real story? Is giving blood linked to losing weight?

How Much Blood Do We Give When We Donate Blood?

For starters, an average person has about ten pints of blood in their body at any given time, and the average donation size is 1 pint. For those of you who hate math, this means that blood donors give up 10% of their body’s blood supply! Also, people are not allowed to donate more than once every two months because the body takes a certain amount of time to recuperate and return to normal.

Obviously, when a pint of blood is suddenly drained from the body, it does not go unnoticed.

Peritubular cells, specialized cells found in the kidney, quickly detect less oxygen in the blood due to the sudden loss of red blood cells. These cells then release a protein called erythropoietin, which travels through the body until it reaches the bone marrow, where stem cells are produced.

Erythropoietin signals stem cells to increase the number of cells that turn into red blood cells, speeding up the blood’s replacement process. Moreover, erythropoietin has certain cardioprotective properties, so stimulating its release is far from a bad thing. 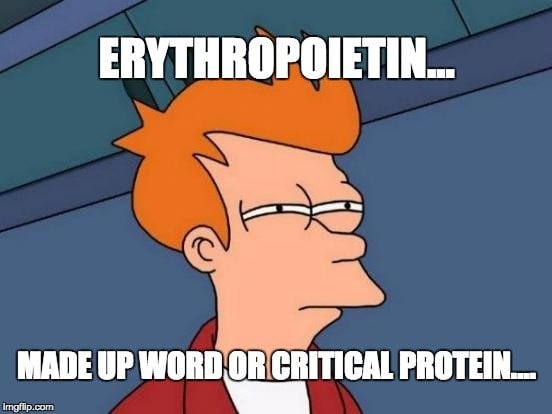 You may not be aware of this, but every second of every day, millions of red blood cells die and are replaced in your body, so the body is accustomed to the relentless pace of RBC production. A high rate of RBC production is about 2 million cells per second. Hearing this, you may wonder why people have to wait another two months before they donate again… a good question.

Producing new blood also causes the iron stored in your body to be pulled out of storage to produce hemoglobin. Your body replaces the red blood cells within 48 hours, but it can take 6-12 weeks for hemoglobin levels to stabilize after blood donation. Therefore, a more frequent donation would increase the risk of anemia and other health concerns.

Giving Blood vs. Going to the Gym

Those of you who read this article and expect to hear that you can cancel your gym membership will be disappointed, but there are some unexpected links between blood donation and weight loss, among other health bonuses.

As mentioned above, the average donation is 1 pint of blood, which weighs about 1 pound, so right off the bat, you’re walking out of the donation center 1 pound lighter. However, this weight is easily put back on with the liquids you are instructed to drink after donating, along with cookies or other sweet treats to give your blood sugar a quick boost.

Everything that happens in the body, related to metabolism, comes with calorie burning. Obviously, every action requires energy, including the production of billions of new red blood cells. Replacing one pint of blood burns approximately 650 calories, which equals about an hour of cardio – not bad!

So if you donate once every two months, you earn the same as an hour of exercise, which may not seem so impressive (see above: don’t give up your gym membership). However, the benefits of blood donation are somewhat more complex when it comes to weight loss.

Some people have compared donating blood to changing the oil in the car, which is a fair description. New blood cells are better at holding and transporting oxygen than old blood cells that are wearing down, which gives your muscles and metabolism a helpful boost. As your body receives more oxygen, your energy level increases, and your body naturally burns more calories during its daily activities.

It may not be equivalent to a daily workout, but regularly donating blood can help your body run more efficiently and help with weight loss!

Any Other Benefits to Blood Donation?

Apart from the small increase in metabolism and calorie burning through blood donations, you can also help protect against cardiovascular disease and cancer. Both of these preventative measures have to do with reducing excess iron in the blood. Your iron levels can’t be too low, nor can they be too high, and donating blood helps keep that balance in check. As a mineral, iron can react with oxygen and oxidize, which can increase the viscosity of the blood and increase the risk of it sticking to the walls of arteries and blood vessels.

This “oxidative stress” on the heart can increase the risk of atherosclerosis or the buildup of plaque in key blood vessels, making you more susceptible to heart attacks and strokes.

In terms of cancer prevention, oxidative stress is closely related to the accumulation of free radicals and the mutation of healthy cells into cancer cells and tumors. By reducing excess iron in the blood, you can reduce the likelihood of this oxidative danger. 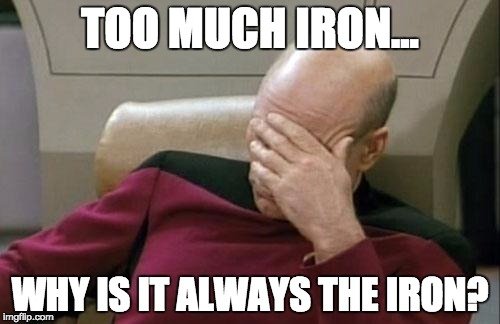 Finally, when you donate blood, you essentially get a free blood test. Before being given to patients who need it, blood is thoroughly tested, and if it turns out that your blood contains dangerous pathogens or raises a red flag, medically speaking, you will be contacted. Your blood won’t be used as a donation, but it can give you a heads-up about a potential health issue!

As you can see, aside from saving the lives of millions of people every year, giving blood has a host of other health and wellness benefits that you would never have expected!

So…. what are you waiting for? Go out and donate blood today!