Memories are precious things, allowing us to connect to the past, muse on those we love, and relive some of the happiest moments of our lives. However, what if I were to tell you that memories aren’t always accurate, or even real!

Don’t take it personally, as this happens to everyone. Our memory is like a game of ‘Chinese whispers’. I’m sure you all played that game as children, and it might help us understand this phenomenon a bit better…so let’s take a walk down memory lane, shall we?

Imagine you are standing in a circle and are whispering information to the person next to you, which was passed to you from the first person; by the time it reaches the last person, the information has become twisted and not accurate. Just for fun, when you get to the bottom of this article, try to remember the very first line, word for word… it won’t be that easy!

So what are the reasons for such lapses in memory?  It can be attributed to various biases and our need to form schemas to store information quickly. So, does this mean that eyewitnesses to a crime cannot be trusted in court because their memory can’t be entirely accurate? And what about traumatic memories… how can we inaccurately remember something that has affected us emotionally? Is it possible that we make up stories and narrate things that didn’t actually even happen?! Let’s find out. 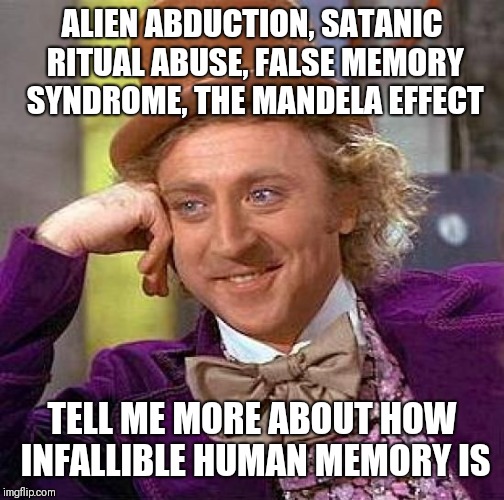 A sarcastic meme on memory

Although our cognition plays a very important role in encoding, rehearsing and storing information, it can also lead to some distortions that cause errors in judgment.

Rassin, Merkelbach, and Spaan (2001) reported that 25% of students couldn’t distinguish dreams from reality. In other cases, we read something from a magazine or a source we know cannot be relied on factually (cough *Wikipedia* cough), but later forget about the source and only remember the information, thus believing it to be true. This is known as a sleeper effect—an attitude change that occurs when the source of information is forgotten. 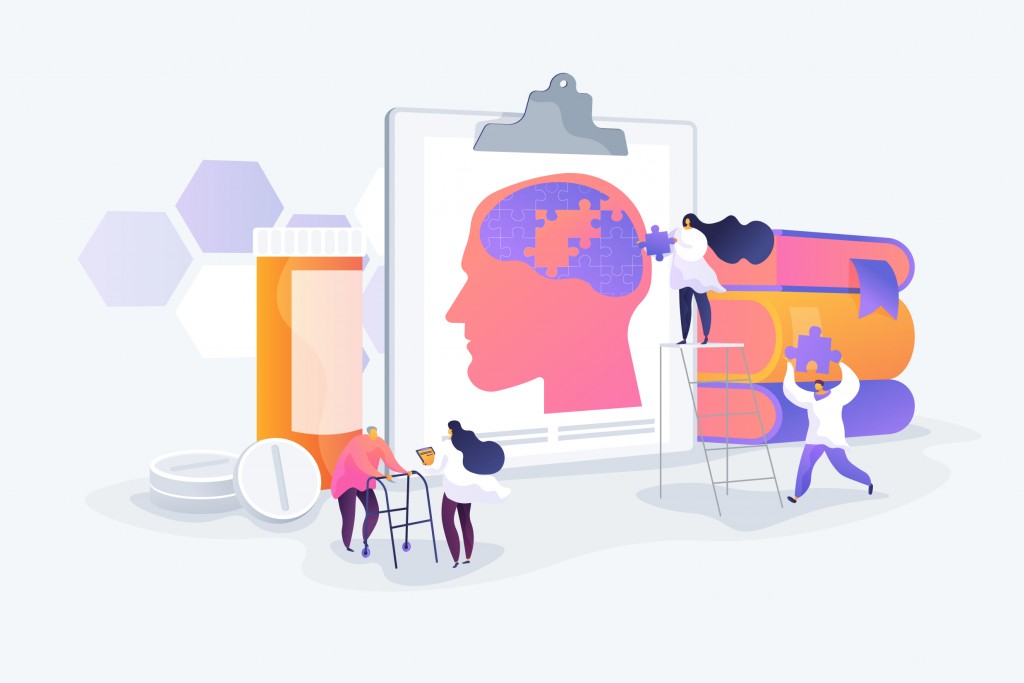 Schemas help us mentally organize the information we receive. However, since we’re so adapted to information fitting into mental boxes in our mind, we fail to challenge these assumptions based on our expectations. This leads to confirmation bias, wherein we believe the information to be true because it was more likely to happen.

Confirmation bias refers to verifying information based on existing beliefs, rather than challenging them factually. For example, a group of friends meet and talk about their college days. One of them remember an incident of someone cracking a hilarious joke in class and we confirm it, even though we don’t remember it clearly, because that person was a class clown, so it’s very likely that they would have been the one to crack the joke.

This is known as functional fixedness, where schemas make it difficult to think in non-traditional ways. 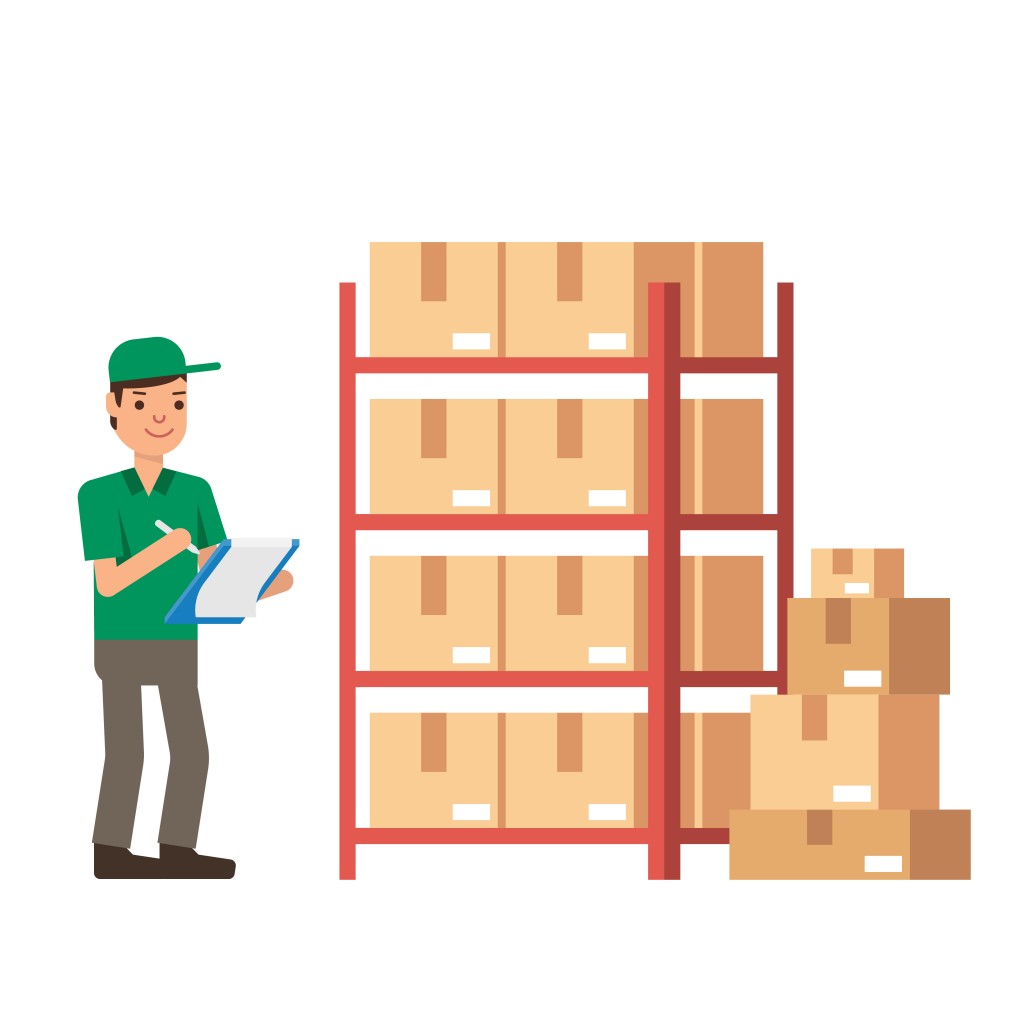 This refers to errors in memory that occur when new information alters an already existing memory. Loftus and Palmer (1974) conducted an experiment in which participants viewed a car accident and were asked to guess the speed of the car. All the participants saw the same accident and were asked the same question: “About how fast were the cars going when they hit/smashed/contacted each other?” The researchers only changed the verb, but saw answers shift based on the intensity of the action suggested by the verb.

The participants with the word ‘smashed’ guessed the highest speed, as compared to the word ’contacted’. This shows that eyewitnesses can alter their memories based on what question is asked and how it may be asked in court.

Can there be memory distortions in extremely traumatic memories?

Recent research studies have revealed that even some excruciatingly painful situations (9/11 attacks or sexual abuse) can also cause memory lapses. Memories that have intense emotions attached to them are known as flashbulb memories. Talarico and Rubin (2003) wanted to test the accuracy of flashbulb memories, so they asked the participants who witnessed the 9/11 attacks to describe the moment when they heard about the attack, what they saw, and what daily normal activity they were doing at the time. 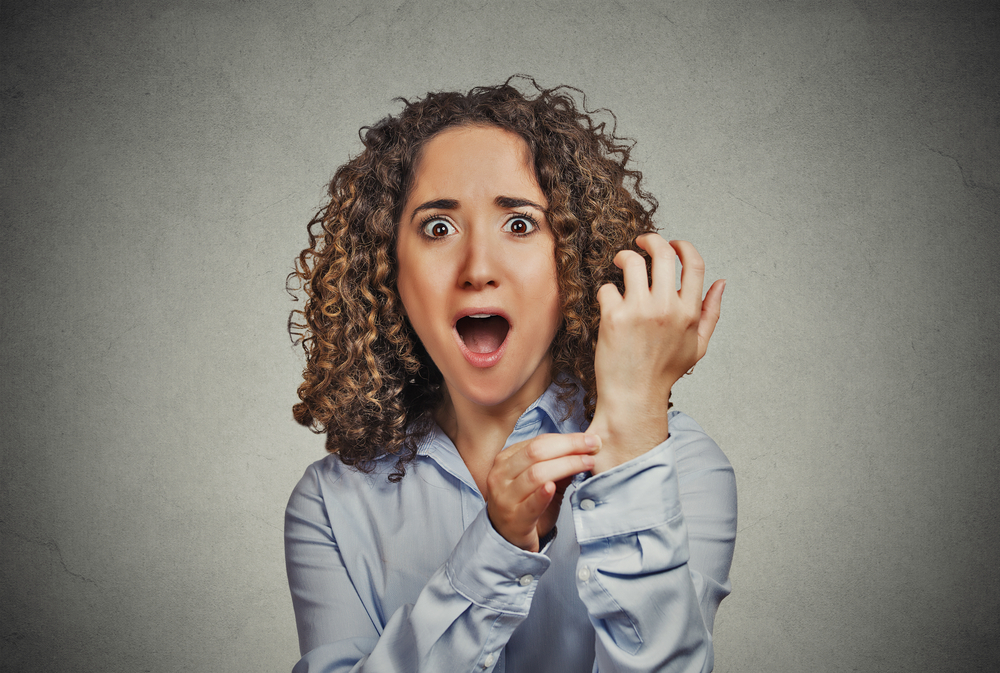 A lady trying to remember if something actually happened or not (Photo Credit : ESB Professional/ Shutterstock)

In fact, a study was conducted on George Bush’s recollections upon hearing of the 9/11 terrorist attacks. The study examined three recollections of Bush on the attacks; all three of them differed in detail, showing that even the president can’t escape the distortions of flashbulb memories.

Can we create false memories?

In the most widely accepted research study, the Deese-Roediger-Mcdermott paradigm (DRM paradigm) created a critical lure (sleep) and asked participants to repeat the words they listed, e.g., bed, pillow, nap, tired etc., all of which were related to sleep, but the word itself was not mentioned. However, many participants also included ‘sleep’ as part of the list that actually wasn’t there.

However, we cannot attribute this research in saying that childhood sexual abuse memories have been falsely made. That’s stretching it, right? Yes, there are varying levels of intensity when it comes to memory; therefore, another study was conducted to check the accuracy of childhood memories. 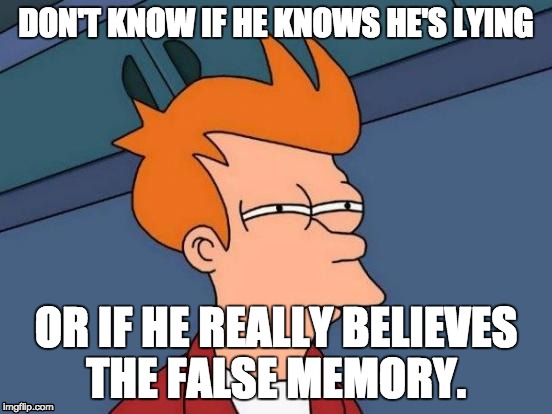 a meme on false memories

Loftus and Pickrell asked the parents of the participants to provide any three memories of their child and one false memory, like getting lost in a mall—something that never happened. The participants were then told to remember all the details related to these events and write them down. 6 out of 24 subjects also wrote about the false memory that didn’t actually happen when they were a child, showing that we may have a tendency to accept a false memory. In other studies, a childhood photograph was photoshopped and the participants were shown riding on a hot air balloon; they started recollecting memories of that experience, whereas their parents confirmed that they never took their child for a hot air balloon ride.

Can you remember? Give it a try, and then scroll up and see for yourself! Although this subject needs more research, it can certainly be said that, although a memory has a strong emotional association, the person is confident while narrating it and the memory is very detailed, all of that does not necessarily make it true! It would be wrong to say that memories are entirely false, but safe to say that they are not entirely true.