If water is really stirred up, or moving at a high pace (a pace that you can expect from waterfalls), then the trapped air in the water creates bubbles. It is these bubbles (tiny air pockets) that make a waterfall look white.

Water is colorless; we all know that, right? Still, the color of snow – which is essentially frozen water – is white. Similarly, water that goes over a waterfall also appears to be white, despite actually being colorless. Why is that water white? (Photo Credit : Pxhere)

The answer of this lies in how light interacts with matter, along with aeration.

Why Doesn't Water Burn, Despite Being Made Of Combustible Substances (Hydrogen And Oxygen)?

You might already know that water has dissolved oxygen inside of it. It is this dissolved oxygen that helps sustain the lives of aquatic creatures. Normally, you don’t actually see any evidence of oxygen being dissolved in water (apart from the fact that, you know, fish live there). Humans will never understand and appreciate the true value of dissolved oxygen in water bodies (ponds, lakes, rivers etc.) as much as fish do. 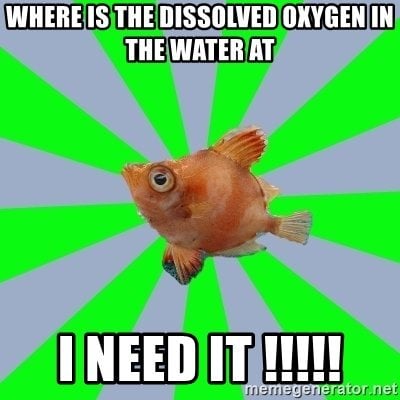 When water is standing still, or moving at a very relaxed, gentle pace, oxygen dissolves in it through diffusion from the surrounding air. However, when water flows rapidly, its flow becomes turbulent. As a result, it offers more surface area for oxygen to diffuse compared to a flat, slow-moving river.

In addition to that, churning waters create turbulence, which causes air to hit the water at a high pressure, allowing more oxygen to dissolve. This sort of aeration creates tons of small bubbles in water, which are eventually responsible for the white color of waterfalls.

How light reflects off water in a waterfall

If you consider a body of water that’s sitting stationary, then you essentially have one surface from which light can reflect (or even refract). Just like a mirror, due to the even surface of a plain mirror, light rays that fall on it are reflected at a constant angle. However, if you roughen up the mirror surface (by denting, scratching or even breaking it), then light rays would still be reflected off it, but in random directions. That’s why crushed glass also looks whitish.

Similarly, in a water body where the water does not show much movement, light reflects at a constant angle. However, when there’s movement in the water, the reflections you see are no longer as clear. Moreover, if the water is really stirred up, or moving at a high pace (a pace that you can expect from waterfalls), then the trapped air in the water creates bubbles. It is these bubbles (tiny air pockets) that make a waterfall look white. 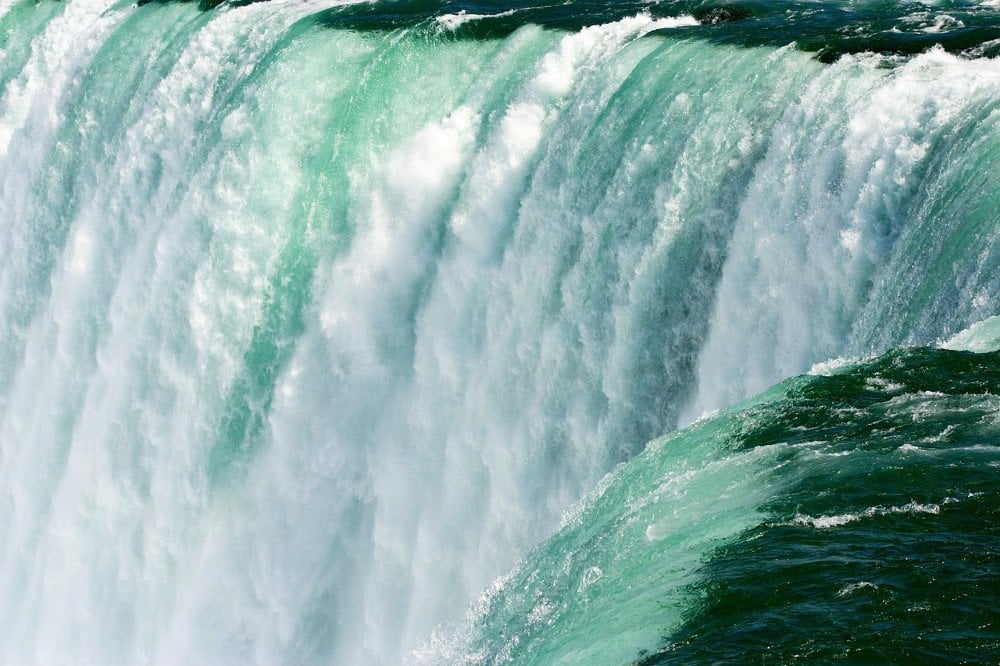 These bubbles have their individual surfaces, all of which reflect some part of the light falling on them. This is why you can see reflections of objects on bubbles if you look really closely. As you can imagine, there are a great deal of bubbles in a waterfall, and all of them are of varying sizes. This is why light gets reflected in so many random directions, and what you eventually see is an evenly white color of the waterfall.

This is the same mechanism that makes clouds look white. It’s just a lot of water droplets suspended in the air, all of which scatter light, resulting in the whitish hue of the cloud.