Aluminum metal cannot hold a great deal of heat. Furthermore, the foil is thin and has a relatively large surface area. All of these factors combine to prevent the foil from getting too hot to the touch, even when it’s heated for a long time.

Put a frozen pizza on a sheet of aluminum foil and place it inside a convection oven. You will then heat it up for a few minutes and retrieve it, cheesy and delicious.


The pizza will be hot (and ready to be served), but the aluminum foil that was under the pie, and inside the oven for just as long as the pizza, won’t be hot to the touch!


Why does that happen? Why doesn’t aluminum foil feel hot after you take it out of the oven (or after being heated in any other way), whereas almost everything else that you put inside an oven does?

Important: The word ‘oven’, which is used multiple times in the article, refers to big convection ovens. It isn’t advisable to put aluminum or any other metal inside a microwave oven, as the material may catch on fire. 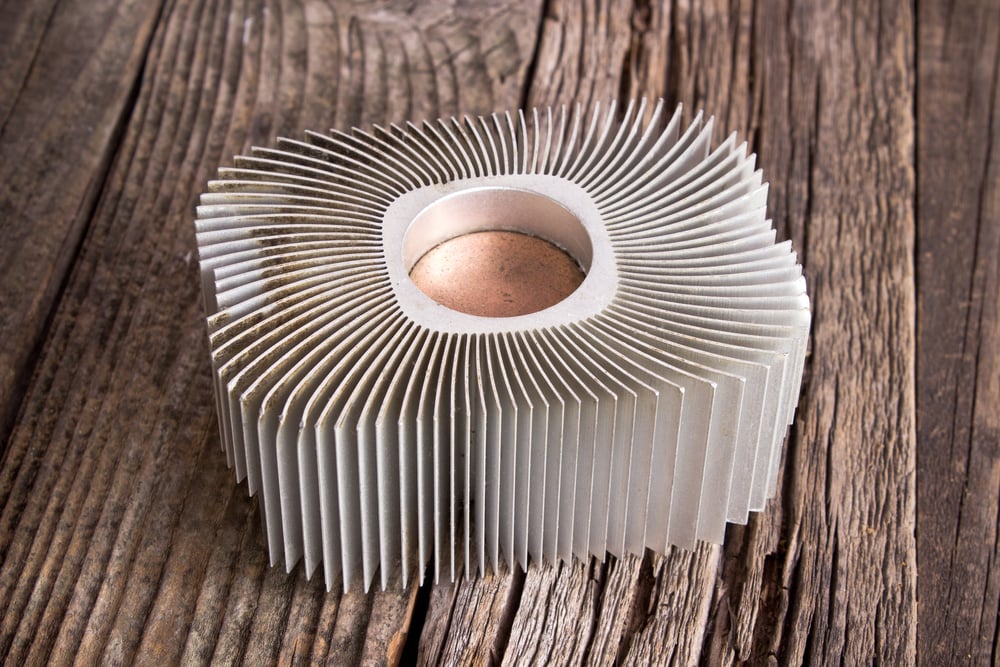 A computer heat sink made of aluminum. (Photo Credit : Gavran333/Shutterstock)

Aluminum, as you may have guessed, has a relatively high thermal conductivity, which makes it perfect to be used as a foil to wrap food with.


But that’s not all… there’s one more important thing that makes aluminum foil so unique.

Not only does aluminum foil have high thermal conductivity, but it’s also very thin (low mass), and obviously has a high surface area. Due to the latter, whatever heat the foil absorbs is lost rapidly to the surrounding air. 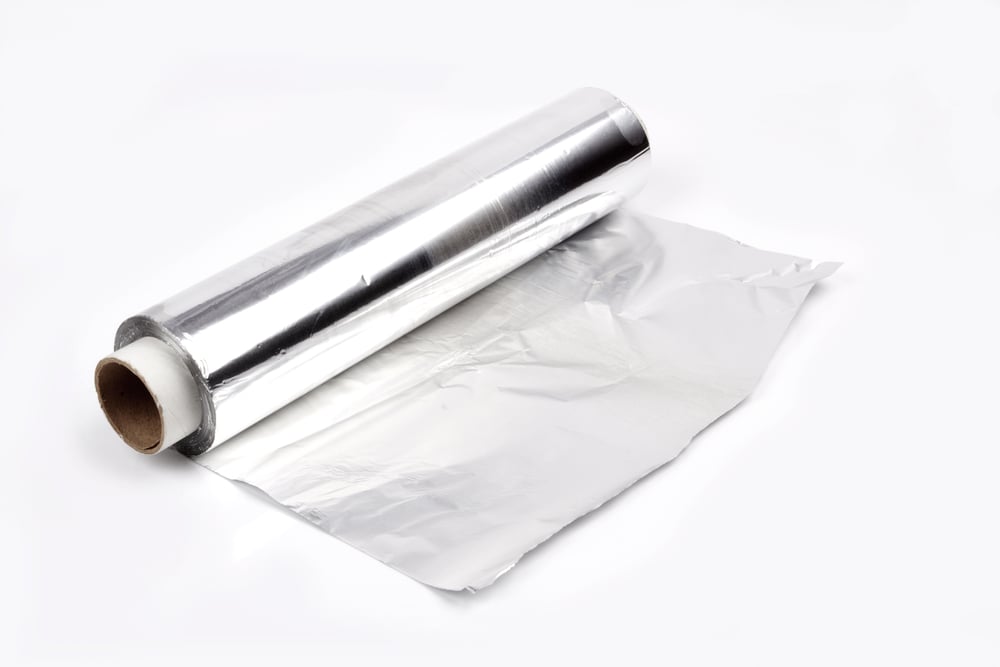 Notice how thin and flat it is. (Photo Credit : Sergiy Kuzmin/Shutterstock)

The flatness and high surface area of aluminum foil causes it to have a very low thermal mass.

The thermal mass of an object is its ability to store or absorb heat. Things that are considered ‘difficult’ to heat generally have a high thermal mass. Brick or concrete, for example, heat up only after they’re provided with a lot of heat energy. In contrast, lightweight objects, like wood, have low thermal mass, because they’re not good at absorbing or storing heat.

Aluminum foil has a low thermal mass on account of having such low mass and such a high surface area. That’s why aluminum foil is not able to ‘hold’ much heat.

These factors combine to make aluminum an ideal choice for wrapping things, because it doesn’t hold a lot of heat. And whatever small amount of heat it does hold, it gets transferred out of it quickly due to the high thermal conductivity of metal. 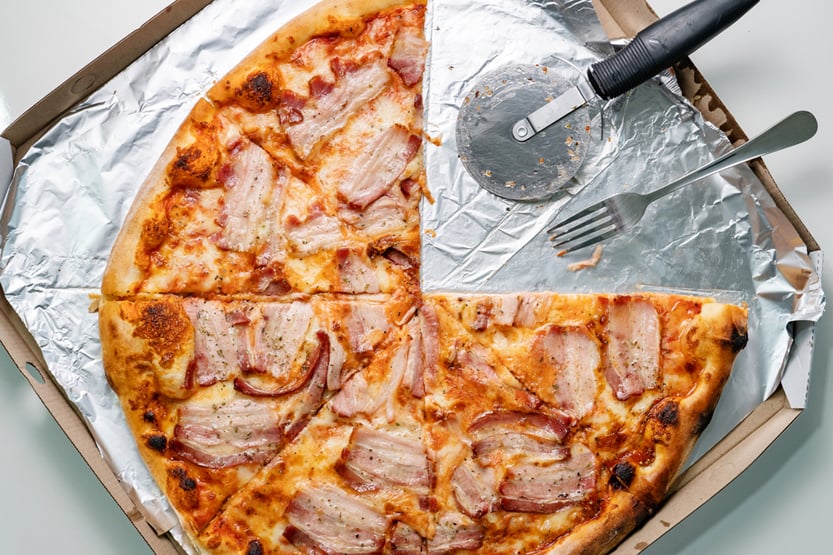 Aluminum foil doesn’t feel too hot to the touch even after being heated for a long time. (Photo Credit : Miljan Zivkovic/Shutterstock)

Another important factor that’s often associated with the effectiveness of aluminum foil is specific heat capacity.

Specific heat capacity measures the amount of heat energy required to increase the temperature of 1 kg of an object by 1 kelvin (SI unit of temperature).

It’s a common misconception that aluminum has a low specific heat capacity. In reality, aluminum has a relatively high specific heat, as compared to certain other metals, such as copper and iron (Source). In fact, this is why certain cookware is made of aluminum.


However, aluminum foil is too thin and has a very high surface area to effectively transfer enough heat to an individual’s hand.

Think of it this way… a very small container can hold only a little water. If you empty the water-filled container over your head, you won’t get drenched, because the water in the container is too low in volume.


In a nutshell, aluminum foil doesn’t feel hot to the touch because it loses its heat rapidly to the surrounding air after it’s removed from the oven; whatever little heat it still has is only enough to heat a small portion of your finger (but not your whole hand).

Do you know why aluminum foil seldom feels hot after removing from an oven?