The tradition of clinking glasses before drinking a toast dates back to the origins of communal drinking, when it was used to solidify bonds of friendship, trust and common purpose.

Over time, the ritual has changed, but it dates back to the origins of communal drinking, solidifying bonds of friendship, trust and common purpose. However, the truth about toasts and clinking glasses has often been mixed up throughout history, so a bit of clarification will go a long way…

For thousands of years, human beings in every corner of the globe have enjoyed coming together to celebrate, eat, drink and spent time with one another. Drinking is certainly one of oldest forms of entertainment, and human ancestors have actually been consuming some form of alcohol for roughly 10 million years.

One of the most peculiar things about drinking in a group is the common tradition of bringing everyone’s glasses together and “clinking” them against one another, often following a “toast” or a speech, or accompanied by a word, such as “Cheers!”, “Slainte!” and “Kampai!”, among many others.

The question is, where does this strange tradition of clinking glasses come from, and what present purpose could it possible serve?

The Most Common (And Incorrect) Answers To This Question…

If you’ve ever thought about this subject before, and did some cursory research or asked a local bartender, you may have found a wide range of explanations for the tradition of clinking glasses. One of the most popular assertions is that it was used in history to drive off evil spirits, as it was believed that the ringing of bells and clinking of glasses held some sway over the supernatural forces of the world. Sounds a bit silly now, but this was believed for hundreds of years, and many people still assert that this is the origin. 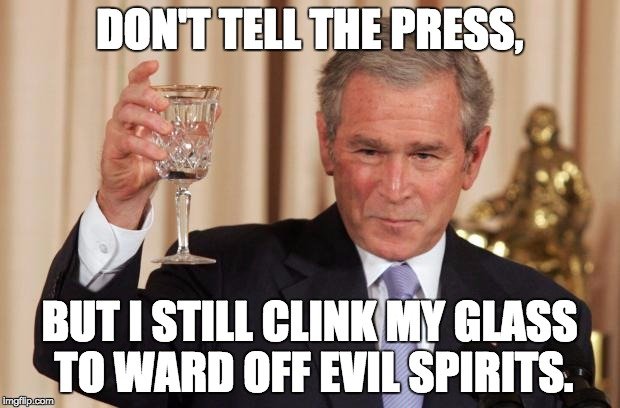 Others claim that slamming one’s drinks together meant that wine and beverages would be sloshed into the other people’s cups, thereby preventing any attempts at poisoning. Although popularized throughout history as a common, practical way to do away with one’s enemies, most notably in the recent Game of Thrones craze, the logistics behind this explanation don’t hold up. The cups would have to be very full, and this would result in a lot of wasted beverages and a messy floor. Sure, when we think about Vikings slamming pints of mead together, it almost makes sense, but doesn’t explain the tradition at elegant dinner parties, nor the (commonly) spoken word of accompaniment.

That is also connected to the last explanation, that clinking glasses was a symbolic acknowledgement that it was safe to drink together, even without tasting one another’s wine first. This is still slightly connected to the assassin’s theory, and equally untrue, but it is a bit closer to the real explanation…

Also Read: Why Do We Eat Cake On Birthdays?

The History Of Toasts

Once humans formed communities and societies, the creation of ritual and communal activity was not far behind. Dating back thousands and thousands of years, these types of ceremonies or rituals would be sealed with alcohol consumption, typically coming from a large communal vessel. This symbolized the unity of the group, tribe or family, and suggested camaraderie and loyalty to one another. Whether through conservation of resources or a more group-oriented mindset, this practice was likely in place for thousands of years. Sometimes, kind words, blessings, prayers or honorary speeches were made before this community cup or vessel was passed around.

This tradition stretched into more civilized times, and the act of jointly drinking from a vessel is still seen in certain cultures, particularly in marriage ceremonies. Back then, bringing your own drinking vessels would have shown a lack of trust in the host, and that’s how dinner parties get ruined! 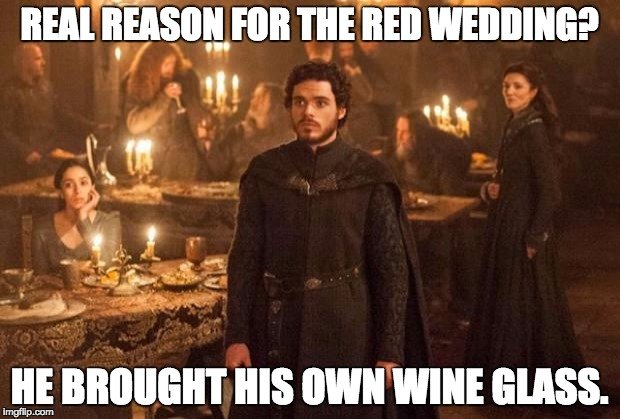 However, as the centuries passed, the idea of drinking together persisted, but drinking from individual glasses came into fashion, for hygienic and other reasons. As an homage to the idea of drinking from a communal vessel to celebrate something or show unity, they instead brought their classes back together. Physically, this brought everyone back together, through their glasses, and it brought the alcohol all back into contact, as it would have been before. The tradition of clinking glasses is all about connections – establishing, honoring and celebrating them.

The toasts, however, have an interesting history. The word itself, giving a “toast”, seems a bit odd. In certain European areas and eras, stale bread was often placed in wine to improve the flavor. Hundreds of years ago, much of the inexpensive wines were quite bitter or acidic, but placing a chunk of bread or “toast” in there would help make the wine taste better. Furthermore, this practice could soften up the stale bread, and soak up every last bit of alcohol, which was important in times when food and drink were in limited supply.

Thus, placing a piece of toast in a communal vessel became a tradition during wedding ceremonies, and once all of those in attendance had drunk from the vessel (coupe de mariage in French), the new couple would finish the liquid and eat the toast. Just as in the past, at a modern wedding or gathering, various participants or hosts of the ceremony will give a speech, followed by a “toast”, where individual glasses are raised and sipped in support of the couple and the words being spoken.

The Story Of “Cheers!”

The final part of this mystery is the phenomenon all over the world of saying a word in unison while clinking your glasses. It seems that every country has a different word, from Cheers!, Kampai!, Slainte! and Salud! to Prost!, Cin Cin!, Skal! and Na Zdravi!, we all have our preferred ways of honoring the final clink of the glasses. To explain this in the simplest terms, take “Cheers!” as an example.

Also Read: How Do They Put The Cork In A Champagne/Wine Bottle?

This term comes from “Have good cheer!” or “Be of good cheer!”, which is basically wishing for the health and happiness of whoever you are drinking with. You want to celebrate the act of being together, and jointly with the best for everyone present. Many cultures in the past, such as Roman and Norse cultures, would offer up praise to their Gods with short phrases and speeches, honoring the dead and celebrating the living. That is what we do today, as do people in almost every other country of the world. Most cultural “Cheers” variations have to do with health and happiness of those around you.

Now, the next time you’re at a bar and someone offers up a toast, don’t roll your eyes and half-heartedly listen. You’re witnessing one of mankind’s oldest traditions, so pick up your glass, find someone to clink with, and celebrate life!