When the AC is turned off, some part of the refrigerant condenses in the coolest part, while the rest exists as gas in the coils of the AC unit.

Despite the environmental controversy surrounding them, air conditioners are a blessing for households. The feeling of being sat in a comfortable armchair with cool air blowing at you, as the sun beats down mercilessly outside, is nothing less than a glorious relief. 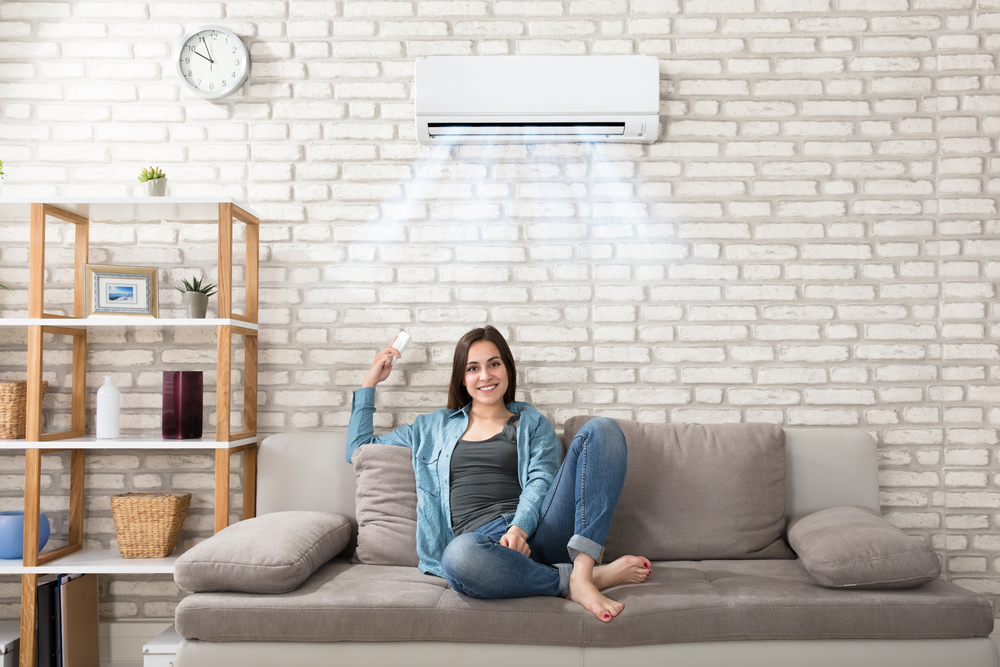 Yet, there comes a time when air conditioners must be switched off and forgotten until next summer, but what goes on inside the air conditioner when it’s turned off? Let’s find out!

Systems that work on heat exchange can be represented as thermodynamic cycles. These cycles are composed of individual processes. One such cycle is the refrigeration cycle. According to the second law of thermodynamics, heat can only flow from a zone of hotness to a zone of coldness on its own.

The reverse is not possible by itself. In order to get heat to move from a colder zone to a hotter zone, some work must be done. 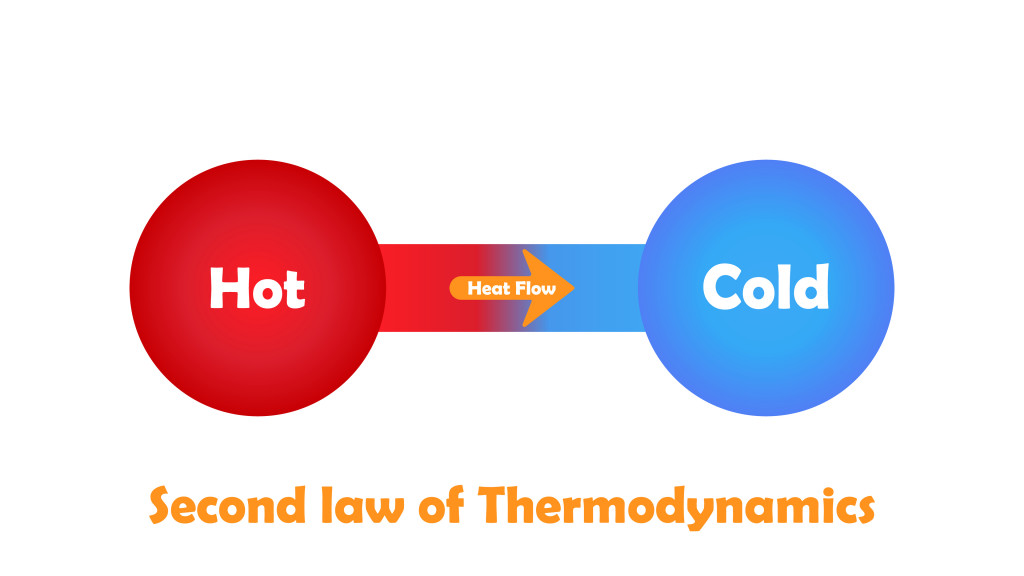 Heat flows from a hotter body to a colder body unless work is done to make it flow in the opposite direction  (Photo Credit : BrainCityArts/Shutterstock)

Refrigerators and air conditioners work on this idea of taking heat from a cooler zone; let’s say, a room or the freezer, and disposing it outside in the ambient atmosphere. In order to achieve this flow of heat from a colder zone to a hotter zone demands work. 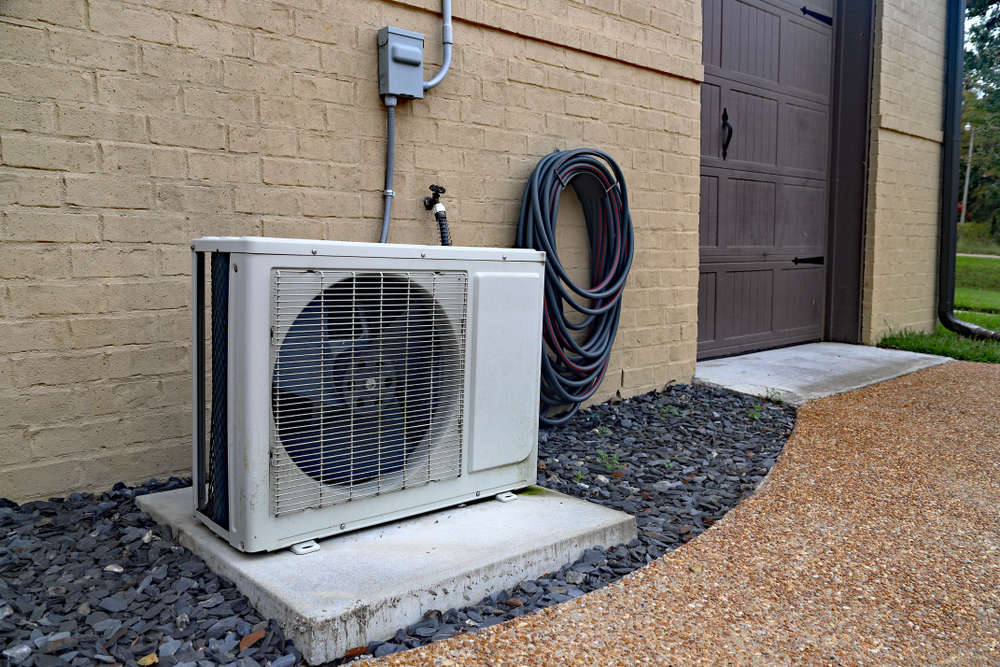 If you’ve ever examined your air conditioner unit, you will notice that it blows cool air at one end, and unpleasant hot air at the other. The other end is usually located outside the room, sometimes as a separate unit altogether.

Air conditioners have a working fluid circulating through the coils. This fluid is commonly known as AC gas. However, scientifically, it is known as refrigerant. It takes the heat from the room and dumps it into the outside atmosphere by changing its own state and pressure. You can read about the working of an AC in detail here.

What happens when the AC is switched off?

To begin with… a lot of heated exchanges as to who switched the AC off, especially on a sweltering summer afternoon! However, things inside the AC aren’t so simple.

While the display unit switches off immediately, the components within the AC take a little time to stop functioning fully. The compressor and pumps that circulate the refrigerant come to rest first, which causes the high and low pressure lines that instigate this circulation to equalize and eventually, the circulation also stops.

Where does the refrigerant go?

In a snapshot, it is present all over the plumbing of the air conditioning unit. As the pressures and temperatures equalize, most of the refrigerant will liquify and condense to the lowest and coldest part of the air conditioning circuit. However, a significant portion of it also remains in a gaseous state within the circulating tubes. 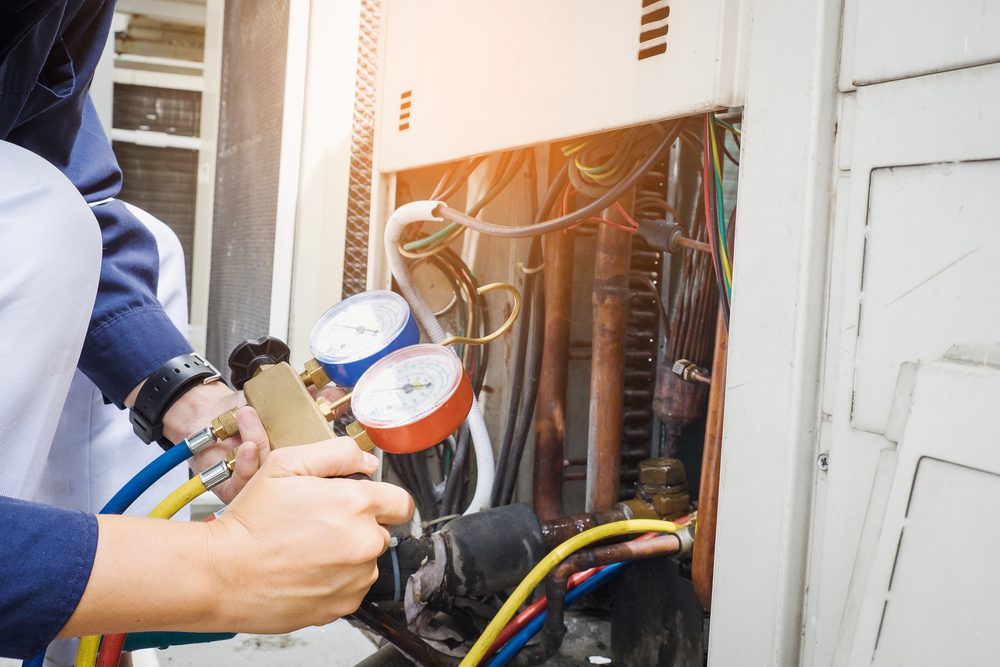 During the period of non-operation, if corrosion was to set into the plumbing, the gaseous refrigerant could leak into the atmosphere. Due to a lack of sufficient refrigerant, the AC will not bring about sufficient cooling the next time you turn it on.

This explains why old AC units needed recharging before starting up after a long time. Today, with better materials, the progression of corrosion and leakage has reduced significantly. The nature of refrigerant to stay in this liquid and gaseous state has several design implications, which help to understand how modern AC units are designed.

The phenomenon of the refrigerant liquifying and moving to the colder parts of the system is known as liquid migration. Winters are the times when air conditioners are not in use. In such times, the coldest part of the system is the outdoor unit comprising of the condenser and the compressor.

The compressor is a mechanical device with closely fitting moving parts, and must therefore be lubricated to prevent seizure. The refrigerant tends to mix with the compressor oil, so upon startup, it may vaporize with the oil, causing the compressor to run dry. This increases the risk of mechanical failure. 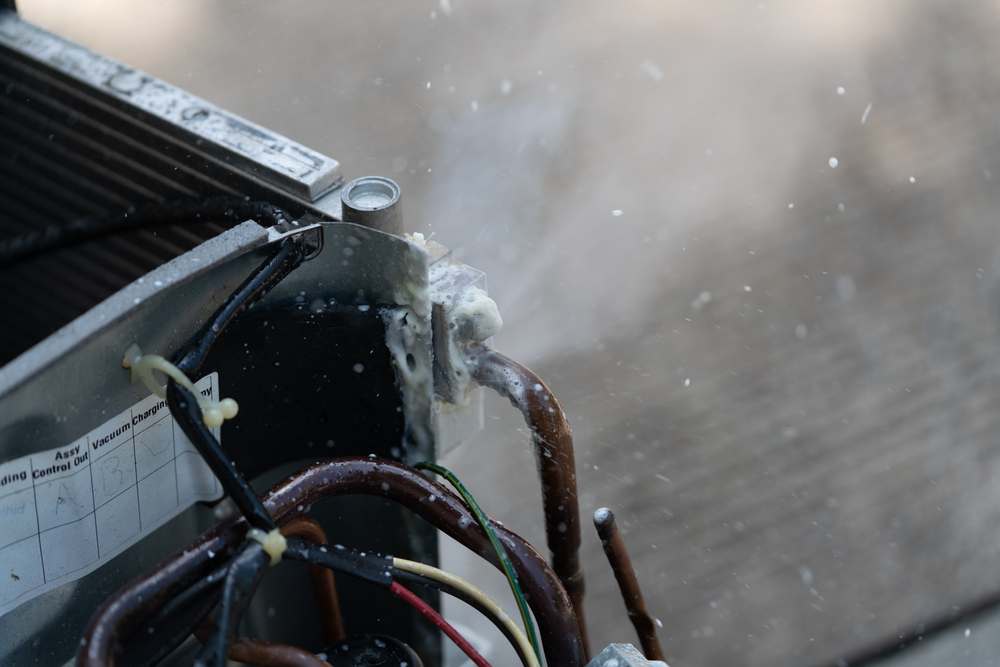 Refrigerant will migrate to the coolest part of the AC unit (Photo Credit : Chatchai.wa/Shutterstock)

Another cause of concern is the lines leading to the compressor. The refrigerant flows through the compressor as a high temperature gas in routine function. However, after prolonged dormancy, the compressor may be compromised by liquid slug, or an erratic mixture of liquid and gas, which can potentially damage it.

Thus, modern AC systems have a pump-down operation, which employs a solenoid valve to pump out all refrigerant from the low pressure lines leading up to the compressor to prevent liquid migration.

Automobile air conditioners are very similar to domestic air conditioners. However, they have an additional component, known as the accumulator, to contain the refrigerant when the vehicle is not in operation. 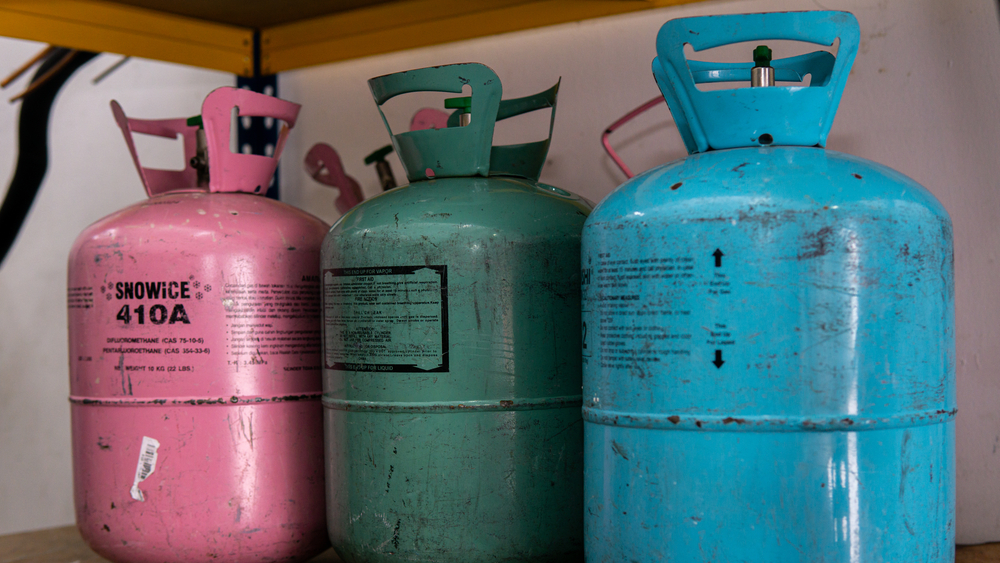 A lot of progression has happened in terms of refrigerant used in HVAC systems (Photo Credit : Aiman Khair/Shutterstock)

AC gas, or refrigerants, are composed of chlorofluorocarbons (CFC), the same chemicals notorious for causing ozone depletion. CFCs however, are a family of refrigerants and their ability to deplete the ozone layer also varies. As chemical engineering progresses in leaps and bounds, newer Heat Ventilation and Sir Conditioning (HVAC) systems are employing less toxic chemicals for refrigeration purposes. Let’s look at some of the most commonly used refrigerants

Code named R-12 and commonly known as Freon, this refrigerant was originally used in HVAC systems. Due to its ability to harm the ozone layer, however, it was eventually phased out completely by 2000.

CFCs were later replaced by hydro-chlorofluorocarbons. Code named R-22, HCFCs were less harmful than CFCs. However, they are also in the process of being phased out completely.

Hydrofluorocarbons do not contain chlorine, making them the popular choice for modern-day AC units. They are classified under R-410A, R32 and R-134A. R32 has better characteristics than R-410A. R-134A finds use in refrigerators and automobile air conditioners.

Currently seeing use in refrigerators, halogen-free refrigerants are essentially hydrocarbons and present virtually no threat to the environment. With advancements in material sciences, it is possible to contain them safely, as they are highly flammable. Iso-butane, code named R-600A, is one such popular refrigerant. 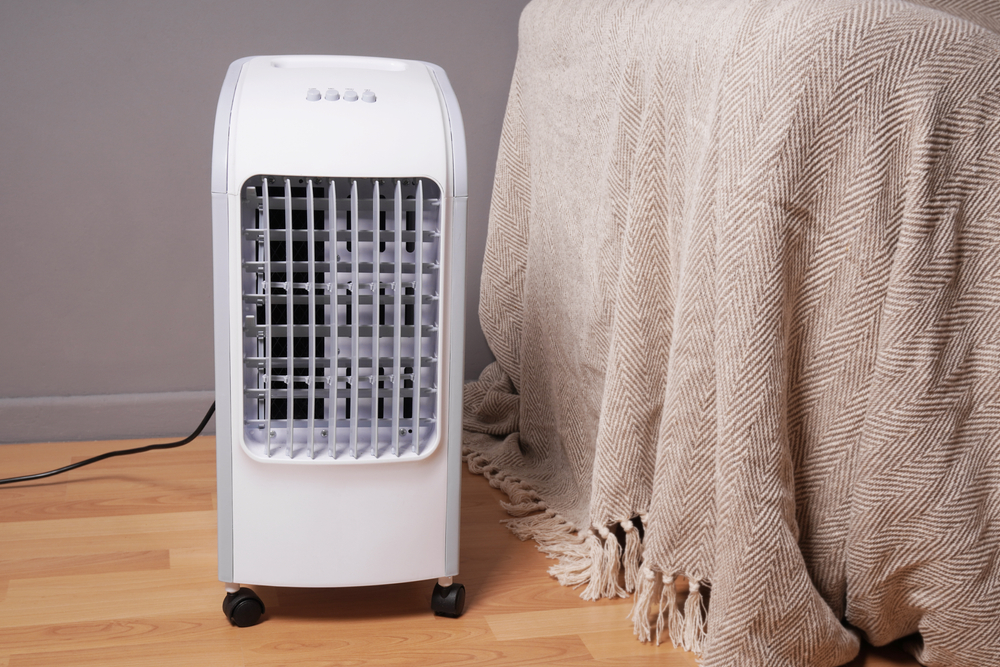 The humble water-based air cooler is the ideal go to in areas where electricity isn’t stable (Photo Credit : Aiman Khair/Shutterstock)