The Mystery Spot is a place where the universal laws and forces of nature (physics, specifically) don’t seem to hold up. While visiting that mystery spot, you’d witness all sorts of scientifically implausible stuff. Of course, it’s not magic. All these bizarre scenes are optical illusions.

In 1929, when the Great Depression hit the United States and many other countries, thousands of industries and businesses closed due to a huge gap between the supply and demand of goods and services.

At that time, the entertainment industry was basically the only thing that was still thriving. Many new forms of entertainment emerged, and mystery spots were among them.

Although many people never heard of them, many of these places are still popular today. This post will examine a rather famous mystery spot, officially called “The Mystery Spot” – the one near Santa Cruz, California.

Mystery Spot: The name itself inspires suspense and anticipation, and it sufficiently does justice to the strange nature of the place.

This spot artificially creates a fantastic optical illusion, resulting in a place where the universal laws and forces of nature (physics, specifically) don’t seem to hold up.

While visiting that mystery spot, you’d witness all sorts of scientifically implausible stuff (mostly gravity-defying phenomena), such as people standing absolutely erect on a tilted floor, people standing at impossible angles on perfectly flat ground, a ball rolling up a slanting plank and other such inexplicable phenomena. 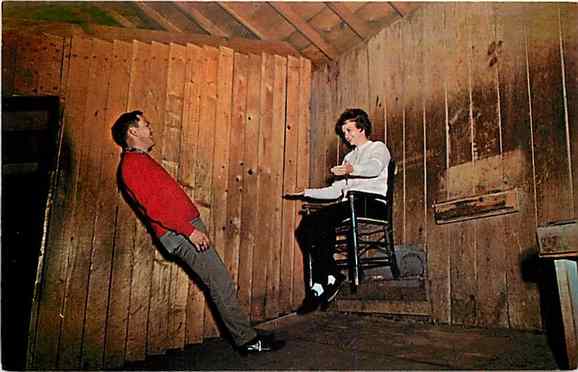 Of course, it’s not magic. All these bizarre scenes are carefully fabricated optical illusions that make things appear the way they do.

Science Behind The Mystery Spot 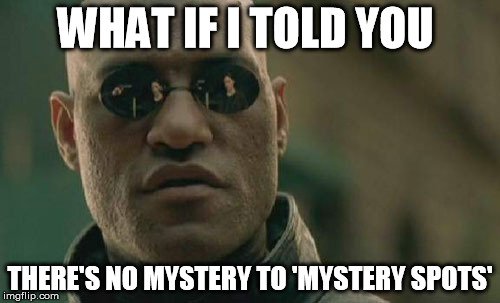 The illusions you experience there result from your own misjudgments of the height and orientation of objects.

First of all, the house or any place where you see such gravity-defying events is built on an inclination. This may seem absurd at first, but think about it: wouldn’t standing up in a tilted house give the impression that everything else is wrong?

The veiling of inclination

Of course, the inclination of the house is not obvious to the visitor; in fact, it is remarkably well camouflaged, making it look like a normal, upright house. The construction of such a house on a slope is an ideal step towards creating a mysterious place.

Part of the floor can be concealed by burying or covering it with regular objects in a household. Most things that give a vertical reference point are removed or placed at an angle. 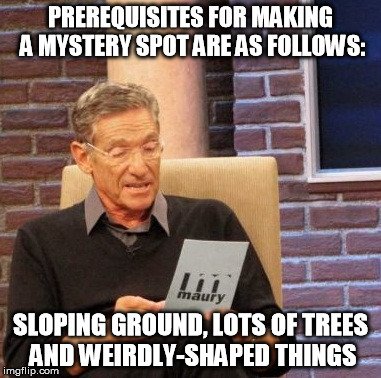 To make the Mystery House seem even more convincing, they deliberately place physically distorted objects throughout the house to reinforce your perception of normality or make you believe you are standing on perfectly flat ground. 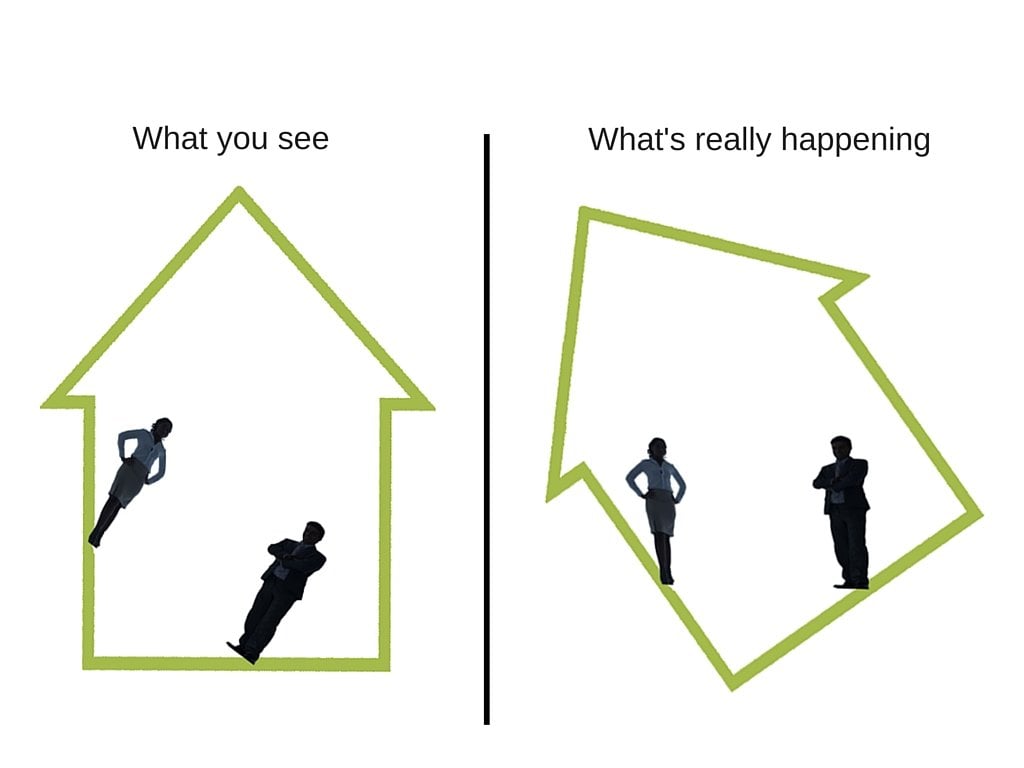 Look at the images below: from your vantage point, it is easy to see that the person is standing at an angle to the horizontal. But for the people in the house, the components of the environment that would help them perceive their spatial position correctly are the precise details that prevent them from doing so.

Here’s another example of how water from a regular tap seems to flow against the force of gravity: 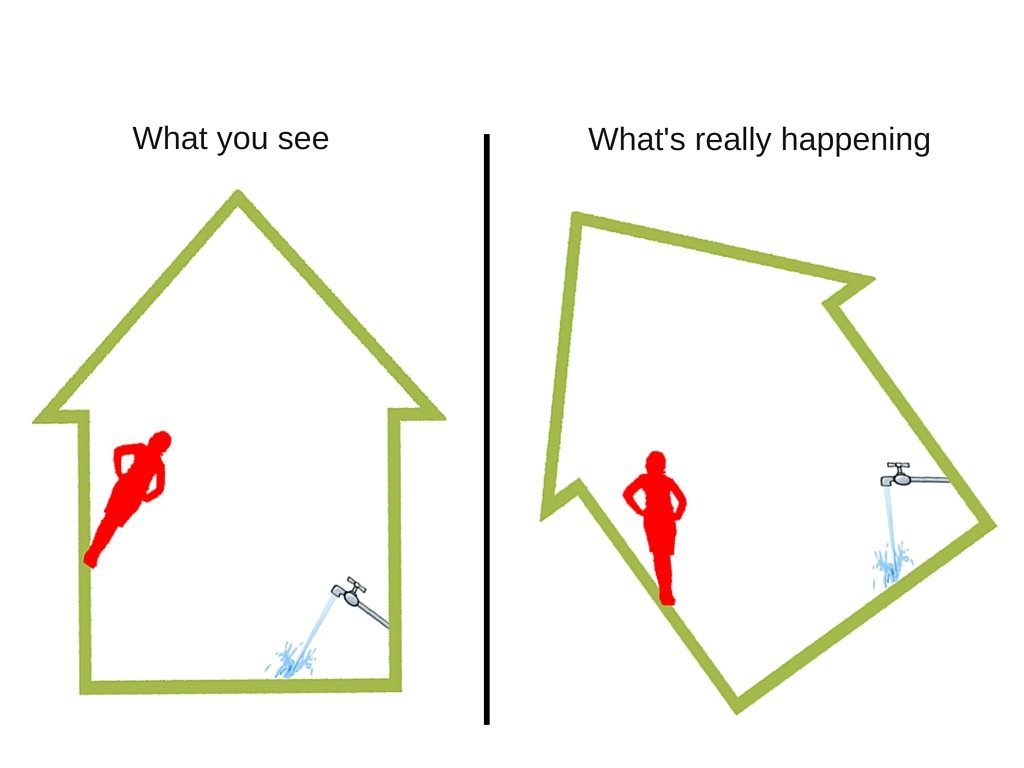 The basic idea is to make landscape alterations with the help of ingenious architectural tweaks to distort viewers’ perception of their own orientation.

Although it’s a bit disappointing to hear, there’s not actually a wizard at work behind The Mystery Spot. On second thought… there kind of is…. isn’t human intelligence and creativity rather magical in itself?

How much do you know about gravity-defying sites?