Researchers have found that the average person can recognize about 5,000 faces, although some super-recognizers may be able to identify 10,000 or more. This ability is affected by many factors, such as developmental environment, level of social engagement, and each individual’s neuranatomical structure.

If you have ever returned to your home town or country after a long time away, it can seem like a strange dream. Some things are the same, but a great deal has also changed. When you walk down the street, you see plenty of new people, but also a surprising number of familiar faces. After years and years, there is still a flash of recognition on many faces, and your afternoon may quickly disappear while catching up with old acquaintances who never left home!

Humans have an uncanny ability to recognize faces, even if we aren’t able to immediately attach them to a name. From Hollywood celebrities and old high school classmates to your distant acquaintances, best friends and family members, we have a catalogue of facial memory in our brains that is surprisingly thorough. Of course, in this age of excellence, the question naturally arises—what is the limit to how many faces we can remember? 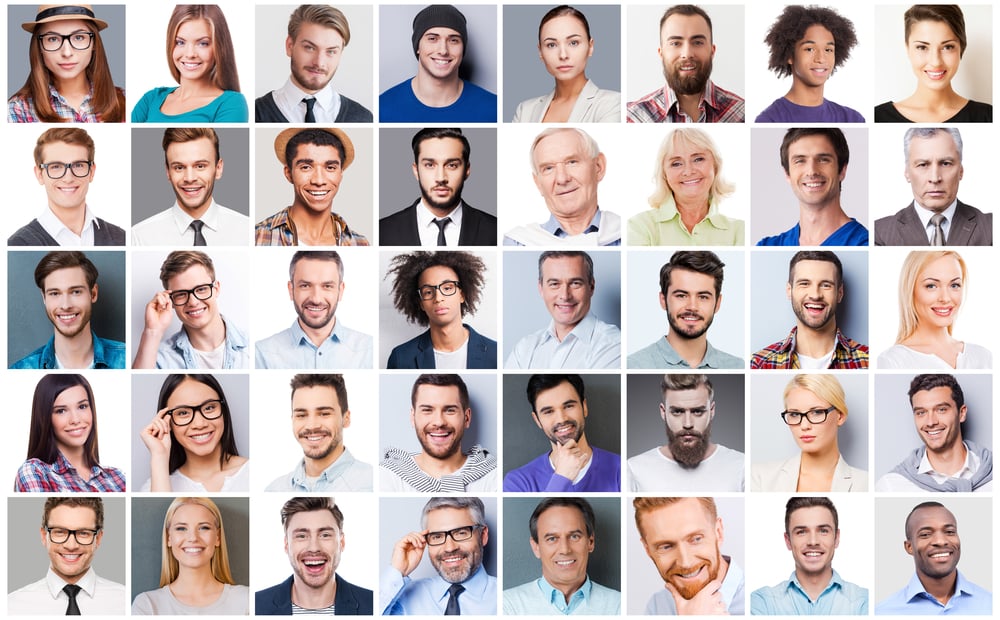 From celebrities to your distant acquaintances, friends and family members we humans have uncanny ability to recognize plethora of faces (Photo Credit : G-Stock Studio/Shutterstock)

The answer is… we don’t actually know, but there have been some fascinating developments in this area of study in recent years.

How and Why Do We Remember Faces?

You have likely had the experience of recognizing someone’s face at a crowded party, and being absolutely certain you’ve seen them before, but can’t remember how. Don’t worry about your brain power, human beings are far better at recognizing faces than remembering names or other contextual details. Our visual sense is definitely our strongest, and has the most brain space dedicated to it, which makes sense given our evolutionary history. For millions of years, primates and early hominids didn’t have spoken language, and therefore relied largely on their visual abilities to discern family members from strangers, and predators from prey. Aside, from our sharp visual senses, remembering faces also comes naturally because there are so many variables to consider. There is eye color, the size of the nose, the shape of the mouth, beauty marks, dimples, wrinkles, eyebrow style and a dozen other spatial characteristics that our brains automatically take in and store. Additionally, when we meet someone, we tend to speak with them while maintaining eye contact, but occasionally looking at the person’s face. This is a longer stimulus for the brain to store, as opposed to someone’s name, which is an unoriginal string of audible input that is only said once, upon introduction.

More specifically, our ability to remember faces is based in the fusiform face area, located in the inferior temporal cortex, which is activated during facial recognition activities. We know that this is the case because damage to this area can cause an inability to recognize faces even of loved ones, a condition that we’ll discuss further below.

The more regularly we are exposed to someone’s face, including celebrities and public figures, the more reinforced it becomes in our memory. Perhaps that’s why so many people start awkward conversations with, “Don’t I know you from somewhere?” or “You know who you look like?”

How Many Faces Can We Remember?

So, now that we know what part of our brain allows us to have such a vast depth of memory for faces, how many faces can we actually recall? A recent study, conducted in the U.K. at the University of York and published in Science back in 2018, states that the average person can recognize 5,000 individual faces. That number may seem staggering, but think about it… if you patiently cycle back through different stages of life, different neighborhoods, friendship groups, families, classmates, co-workers and, of course, the hundreds of celebrities you could spot on sight (living and dead), your total would climb rather quickly too! 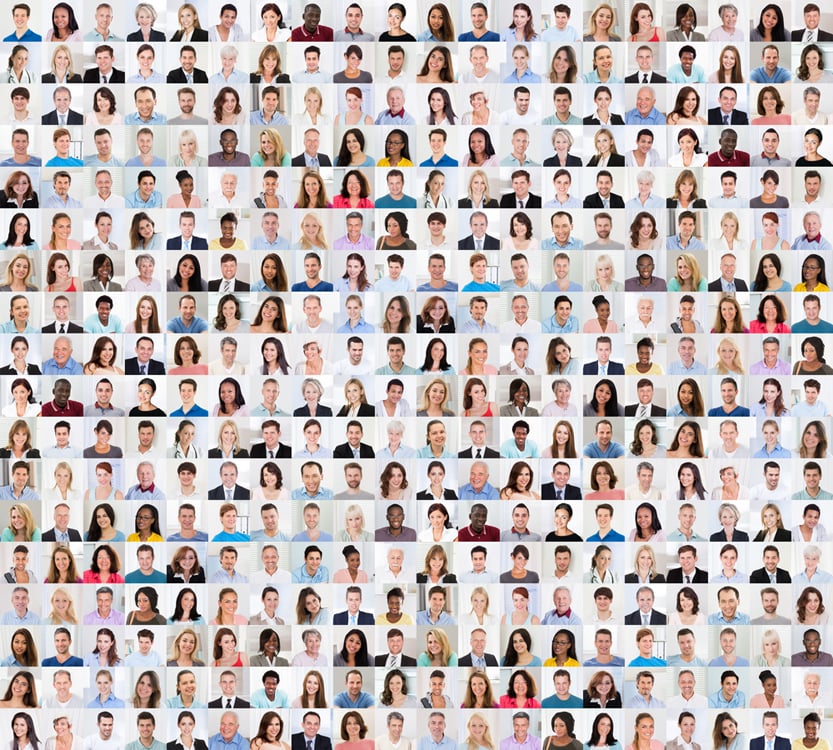 A study conducted at University of York found that the average person can recognize 5,000 individual faces! (Photo Credit : Andrey_Popov/Shutterstock)

Well, a similar approach was taken by the researchers, as they had the participants spend one hour recalling all the people that they personally knew whose face they could visualize. They did not have to include the corresponding names, so “neighbor across the street” would suffice. Following this, the participants were shown thousands of images of celebrities and were asked to identify them. The range of performance varied greatly, from recalling 1,000 to as many as 10,000 faces! The average, however, sat at roughly 5,000—a remarkable total considering I can barely remember my own cousin’s names.

Now, there are many factors that could affect your ability to remember faces. Some people may simply have a greater aptitude for the ability, or that part of their brain is particularly well developed. On the other hand, the environment is also critical to consider. If you grew up in a small town until the age of 18, didn’t watch much television and considered yourself an introvert as an adult, your pool of available faces may simply be smaller than someone who grew up in New York City with a huge family, or an Army brat who bounced around between countries and homes every six months.

Additionally, there are those people who are unable to recognize faces, or struggle with this ability. If the fusiform face area in the brain is damaged, or underdeveloped, it can result in a condition called prosopagnosia, commonly referred to as “face blindness”. The fusiform gyrus, which controls our facial recognition, allows us to record more detail from faces than our brains do for other inanimate objects. Both the acquired (via injury) and congenital forms of this disease make it difficult or impossible for people to remember someone based on their face. This doesn’t affect a person’s ability to recognize other objects or their function, nor does it impair their cognition or decision-making abilities. Family parties, however, are likely difficult to navigate.

The opposite end of the spectrum from those suffering from prosopagnosia are people referred to as super recognizers. These individuals have significantly better-than-average facial recognition abilities. It is believed that they can remember up to 80% of faces they have seen, in comparison to the average person, who can recognize about 20% of the faces they encounter. Although it is know that this ability is directly related to the fusiform face area, the exact science behind this remarkable ability is unknown. While the study conducted in 2018 found 10,000 as the upper limit of its participants, some super recognizers may be able to recall many thousands more than that! Such an ability is potentially lucrative, in our age of heightened national security and global crises. Numerous law enforcement agencies around the world employ super recognizers to scroll through thousands of hours of video or CCTV footage to find suspects, or to identify potential threats in large crowds.

Interestingly enough, studies on super recognizers have found that there is slightly more complexity to this subject. It was found that some super recognizers excel at remembering faces they have seen, but may not be as good at spotting a specific face in a crowd. Those who can spot a particular “target” face in a crowd may not be as skilled at verifying or matching faces, such as on a passport. The nuances of the fusiform area are still under study, as are the different areas of expertise where these skills can be employed!

Most human beings have a remarkable ability to recall thousands of different faces, even if we couldn’t summon their name if our lives depended on it. Thanks to a specialized (and vulnerable) part of the brain called the fusiform face area, you can spot your friend in a crowd, acknowledge your old neighbor in a grocery store, and avoid re-introducing yourself to any disastrous blind dates from your past! 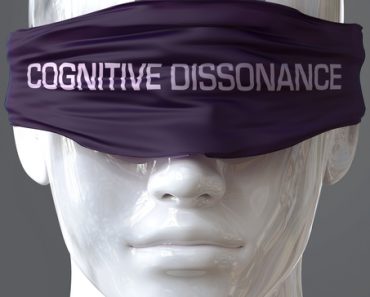