A while back, I began experiencing a sharp stinging pain in my shoulders, which soon began to radiate down to my fingers. I ignored it, initially, as any self-respecting science student would (stereotypical science student joke!), but eventually it started hampering my daily activities, so I finally went to an orthopedic. This brought to my knowledge a condition that I found very interesting… cervical ribs!

Any person well versed with the skeletal system of humans will know that our ribs belong to the thoracic region of our body, and they articulate with the thoracic vertebrae. The cervical vertebrae are the vertebrae of our neck, so how does the idea of a cervical rib make any sense?

Well, it might make you scratch your head, but it’s real. This is a congenital condition wherein a person has an extra cervical rib or a pair of them. These extra ribs originate from the seventh cervical vertebrae, called the vertebra prominens. In the early stages, this is a normal condition. However, the bony protrusion is typically re-absorbed into the vertebrae. When this doesn’t happen, however, it results in an extra bony ossification or thickened tissue fibers. 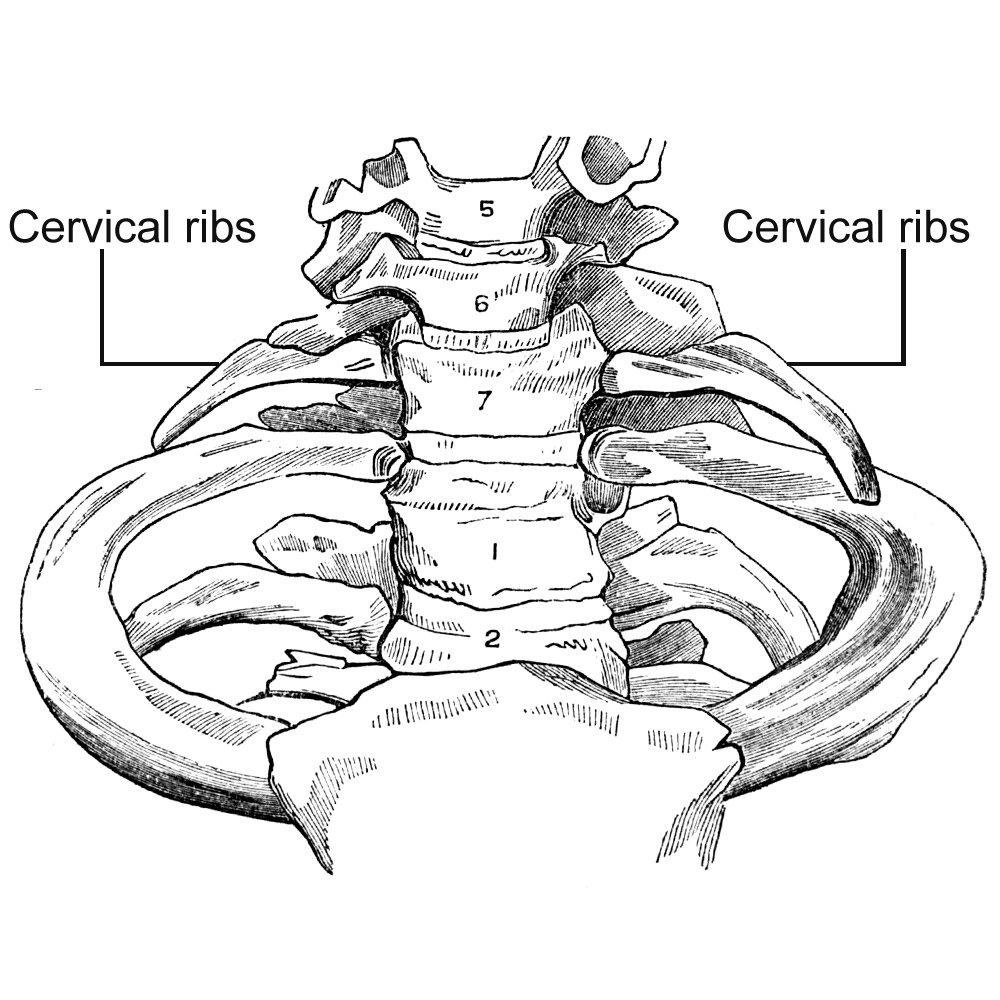 Considering how compact and well designed the human body is, it seems doubtful that an extra rib or pair of ribs wouldn’t cause some problems. However, that’s not really the case. This condition occurs in approximately 1 in 500 people. Most cases of cervical ribs are asymptomatic and are in fact discovered by accident.

Before understanding the symptoms, lets take a look at why it might lead to any problems at all. The area where these ribs occur actually has a bunch of nerves and blood vessels that pass through it. There are 2 main ones – the branchial plexus and the subclavian artery. The former is a bunch of nerves, while the latter are blood vessels. These ribs therefore end up putting pressure on these nerves and blood vessels. The most common symptom associated with cervical ribs is Thoracic outlet syndrome.

However, most symptoms don’t occur until the late teens to early twenties, and studies have suggested that women are more prone to it than men. The reason for that predominance is unknown.

While this syndrome may have many causes, let’s focus on cervical ribs for now. In TOS, the nerves, arteries and/or veins between the armpit and lower neck become compressed. This leads to various symptoms, including pain in the shoulder that travels down to the hand. This pain may not be constant. It also causes varying degrees of numbness in the fingers, like weakness, or a tingling sensation; if the blood vessels are getting compressed, it can lead to a lack of blood supply, or to the formation of blood clots; swelling can also occur, but this is quite rare. 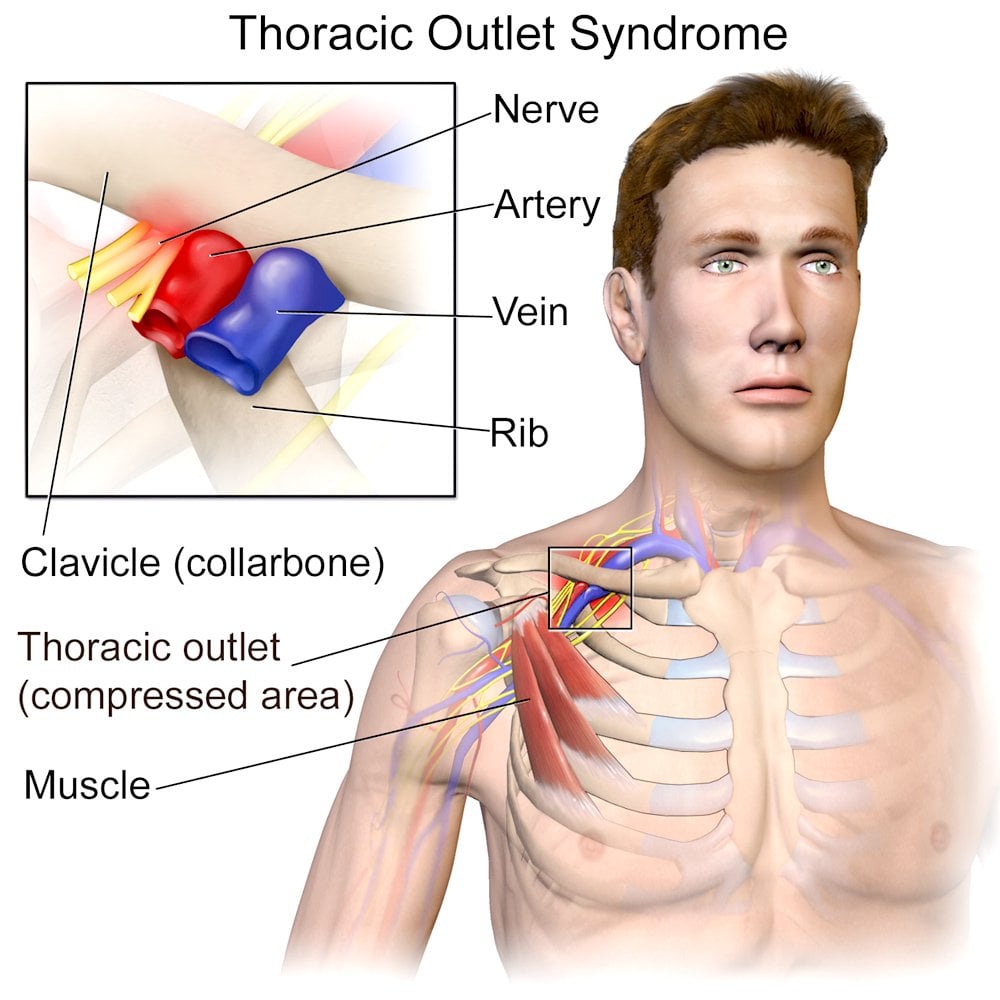 As mentioned earlier, cervical ribs are usually accidental findings. However, they maybe detected by the trouble they cause.

The muscles of the back, like the trapezius and muscles of the arm, may become weaker. Exercise helps in strengthening these muscles. Physical therapists and occupational therapists may also help to strengthen the muscles and correct posture mistakes, which can worsen the pain. If there is inflammation and a lot of pain, pain medications may be suggested by a doctor to ease the discomfort.

Very rarely can these extra ribs cause a major hindrance in a person’s daily routine, such that it cannot be taken care of by exercise and medications. In such a case, surgery is the last resort.

However, one must remember that this condition is only one of many far more likely possibilities that can cause most of the above-mentioned symptoms. Therefore, it is advisable to consult a professional before coming to any conclusions with nothing but a self-diagnosis. 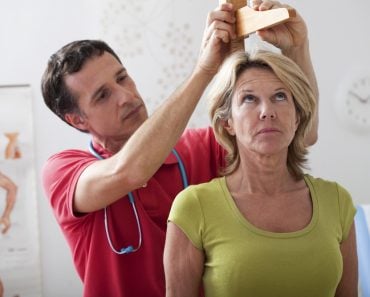