The difference between A1 and A2 milk is the structure of the milk protein casein. This protein exists in two forms: A1 beta casein or A2 beta casein. Research has found that A1 milk isn’t as good for health as A2 milk.

A naturally white and creamy popular drink, milk is a common choice of beverage in all age groups, from young to old. Some like it plain, others add a little something to it like coffee, or cocoa, while some prefer it in various forms like curds, cheese, cottage cheese… or perhaps you don’t like it at all!

Thanks to capitalism, various kinds of milk are actively marketed to us on a daily basis. We hear of how good cow’s milk is for kids, how buffalo milk is rich and creamy, goat milk is healthy, camel milk is tolerated by those with sensitive guts and so on.

There are variations of milk, like double cream, full cream, skimmed, two percent, low fat and even no-fat. Then there are the plant-based “milks” like rice milk, oat milk, coconut milk, almond milk and soya milk. Not to mention, milk also comes in multiple flavors!

Growing up, there isn’t anyone who hasn’t been told at some point that milk will make them tall and strong. We have all heard many times how rich it is in protein and calcium.

However, it is a gargantuan task to organize all these kinds of milk according to their health benefits, in some attempt to find the best kind for ourselves. One factor that can considerably shorten this task is to look at whether it is A1 or A2 milk.

Lactose Intolerance: Why Many Asians Cannot 'Digest' Milk?
If you wish to buy/license this video, please write to us at admin@scienceabc.com.

Natural raw cow milk is 85% water and lactose (milk sugar), while fat, protein and minerals make up the remaining 15%. Of the total protein present, around 30% of it is a primary type of protein, called beta casein. 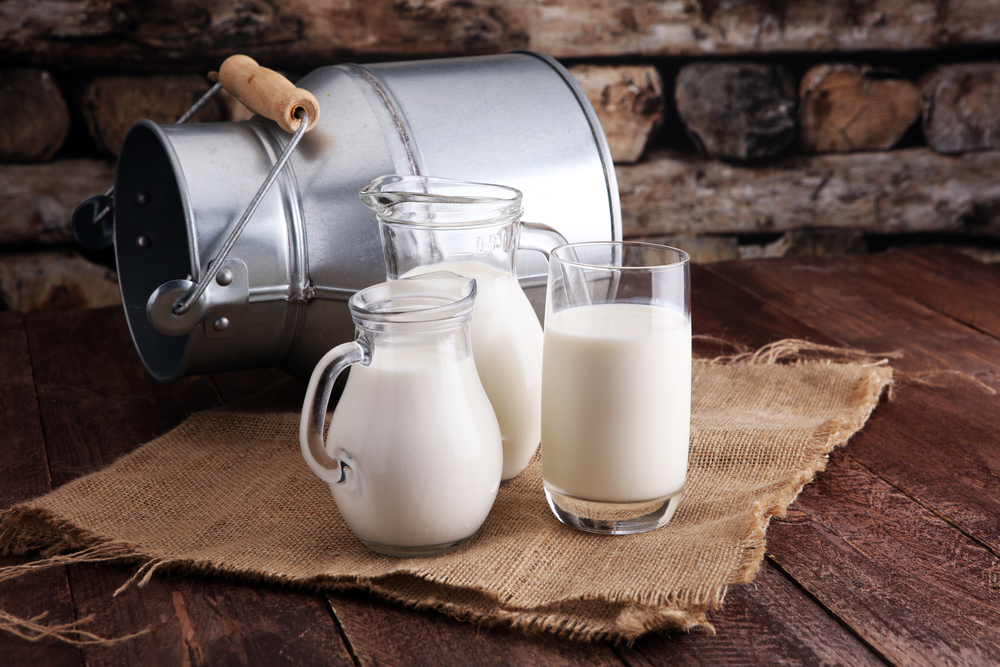 Milk provides us with minerals, such as calcium, magnesium, selenium, along with vitamin B12, vitamin B5 and proteins. (Photo Credit : beats1/Shutterstock)

This protein exists in two forms: A1 beta casein or A2 beta casein. Presently, the debate goes on as to which one is healthier for humans.

This change in the 67th amino acid of milk protein, although it sounds small, makes a significant difference. Research shows that because of this structural difference, A1 milk becomes more difficult to digest and contributes greatly towards intolerance to dairy products.

You see, when the A1 form of beta casein is broken down in the gut, something called beta-casomorphin-7 (BCM-7) is produced; as far as we can tell, the body doesn’t like BMC-7 very much. In fact, the human body tends to have quite an unhappy reaction to BCM-7; reported symptoms include gastric disturbances of various intensities.

One research study refers to BCM-7 as the “devil” of A1 milk. People who drink A1 milk tend to have a higher risk of developing Type 1 diabetes and coronary heart disease. There is even a slight chance that it could lead to autism or schizophrenia, although there has been no absolute and conclusive evidence to support this claim. No large-scale studies have been carried out to check the authenticity of these allegations. The exact reasons as to why A1 milk has such harsh effects are unknown as of now.

What we do know is that BCM-7 stimulates certain receptors in our gut. When BCM-7 binds with these specific receptors, it causes irritation and swelling in the gut, causing symptoms of lactose intolerance. This is usually seen in people with milk allergies.

However, when A2 milk is digested and broken down by the various enzymes present in our digestive system, no such unhealthy component is formed, resulting in no intolerance factor.

One study found that people who consumed the A2 type of cow milk suffered far less bloating, gastric disturbances and stomach pain than those who consumed A1 milk.

If The Milk Is Different, Are The Cows Different Too?

For most of history, scientists believe that cows produced only A2 milk, which was safe and easy to digest, but around 5,000-10,000 years ago, a mutation in the beta casein gene seems to have given rise to the A1 allele.

Purebred Asian and African cows have only the A2 allele and give pure A2 milk. 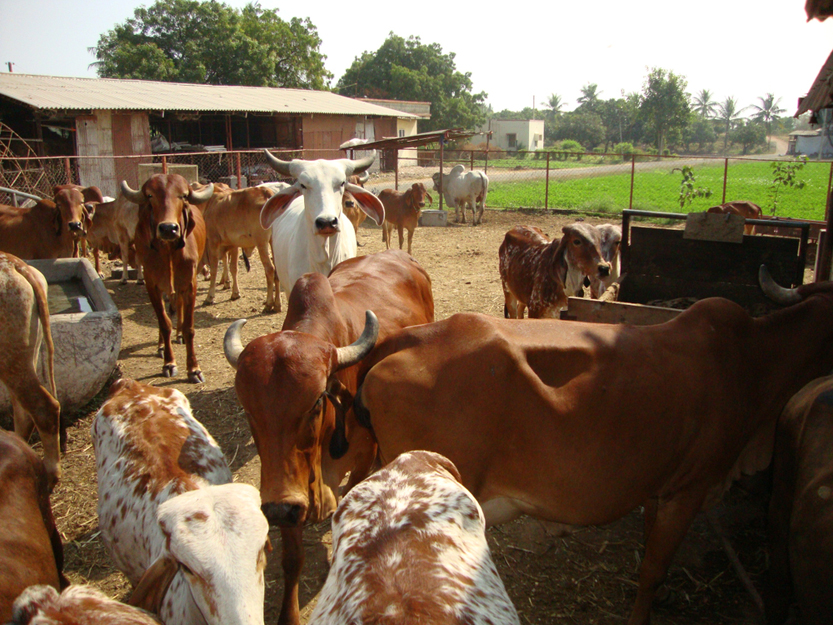 Usually, it is European breeds of cows like Holstein Friesian cows, Jersey cows and Scottish Ayrshire cows that have the A1 allele in them. These cows can produce pure A1 milk or A1A2 milk. 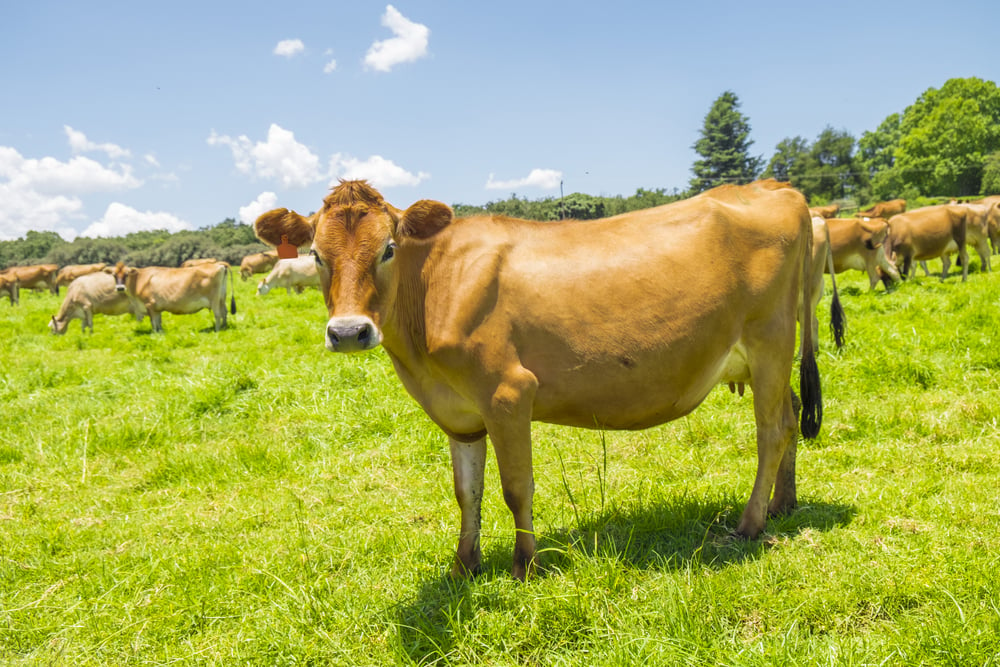 It is commonly believed that lactose (milk sugar) intolerant people can’t have cheese, yogurt or butter, even though such dairy products have very nominal amounts of lactose. Now, new research is finding that people who may not show any issues with absorbing lactose in the body still display symptoms of lactose intolerance when consuming these dairy products.

Scientists think the likely culprit here is BCM-7. As pointed out earlier, this protein is known to disagree with the human gut.

In the cheese manufacturing process, most of the lactose is fermented to form lactic acid, so there is barely any lactose in fresh cheeses like Brie, Camembert, Cheddar, Edam, and Gouda to aggravate a lactose-intolerant gut.

So, if cheese leads to gastric disturbances in your system, it might be due to the milk proteins in it, more specifically, the A1 form of beta casein. In such instances, switching to dairy products comprised purely of A2 milk may be better for your digestive system. 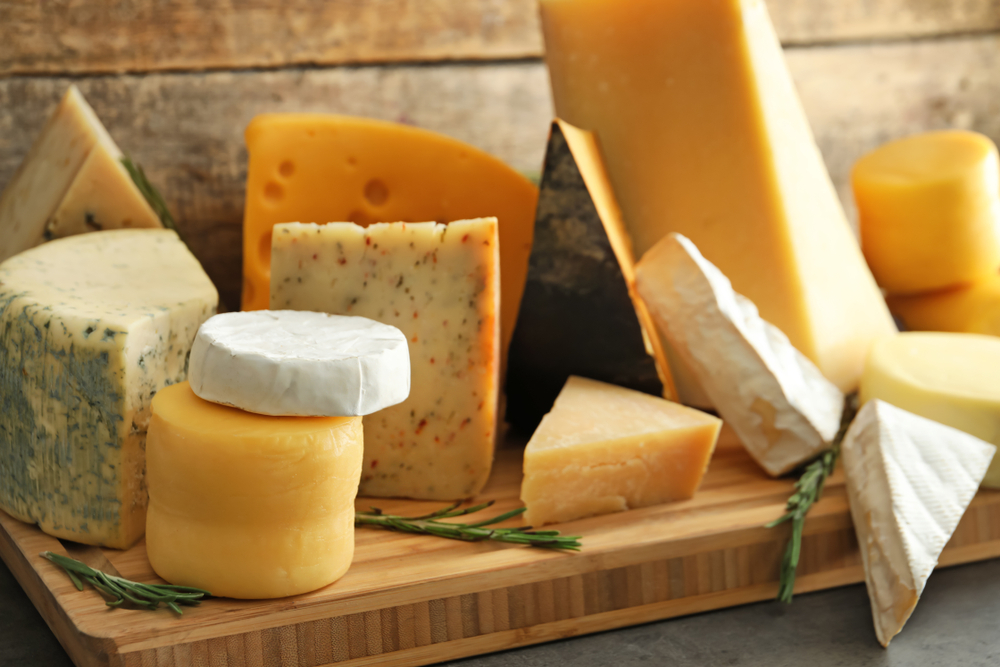 There is a definite difference between A1 and A2 milk, with A1 milk proving troublesome to digest and metabolize. Awareness about this difference, and the advantages of A2 over A1 milk, is steadily increasing.

A2 milk looks to be better for our systems than A1 milk. With burgeoning interest in and concern for healthier products, along with the understanding we have today about A2 milk’s digestional advantages, the demand for it is on an upward trend. I can only see this sector expanding with time.

Also Read: Why Are Most Asian People Lactose Intolerant?

‘The A2 Milk Company’, a New Zealand-based company got a jump start on this trend. Established at the turn of the century, it has been making dairy products exclusively with A2 milk for 20 years now. What was once a very niche market is now a fast growing section of the food industry.

Already responsible for 20% of the world’s total milk production, a country like India has a clear advantage to become a global leader in making A2 milk products.