Cryotherapy is the local application of cold for therapeutic purposes. In simpler terms, it is equivalent to putting ice on an injury. Athletes use cryotherapy to enhance their muscle recovery, to treat inflammation and pain, and to maintain muscle and bone strength.

If you are a fan of football like me, more specifically, a fan of Premier League football, I think you’ll love the Amazon original docu-series All or nothing: Manchester City.

The show takes you through Manchester City’s record-breaking 2017-2018 season. One part that specifically caught my eye was when Manchester City legend Vincent Kompany and his kitman Brandon went into a cryogenic chamber at -122°C for a little over a minute! With minimal clothing on, they subjected their bodies to freezing temperatures. Why?

I did some research and, as it turns out, subjecting yourself to immensely cold temperatures for a couple of minutes, apparently, isn’t as bad as it sounds.

Cryotherapy is the local application of cold for therapeutic purposes. In simpler terms, it is equivalent to putting ice on an injury.

The ancient Egyptians were the first to document cryotherapy. They used cold compressions to treat wounds as far back as 3000 BCE. Hippocrates (460-370 BC), the father of medicine, also believed in cryotherapy. He advocated using ice or snow to treat injuries—a standard use even today! For example, we apply ice to our head after banging it to prevent a bump from forming.

This changed, however, when James Arnott, the father of modern cryosurgery, worked on different applications for this cold therapy between 1819 and 1879. He mixed crushed ice and salt in a ratio of 2:1 and maintained a temperature of -18°C to -24°C, then applied them on tumors in order to freeze them. Such treatments led to decreases in tumor size. It also helped patients with pain relief, as cryotherapy decreases the sensory ability of pain receptors.

After the Industrial Revolution, once liquid nitrogen came into the picture, cryotherapy began to prosper. It became possible to reach and maintain temperatures as low as -190°C. This technological advancement birthed cryogenic chambers, such as the one Manchester City used to treat Kompany. 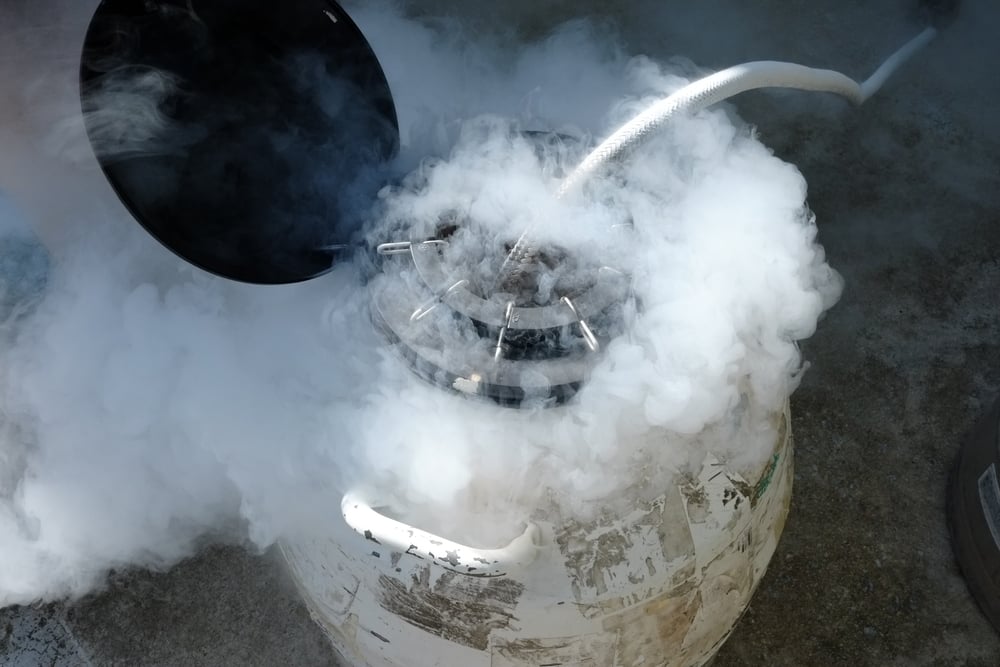 Cryotherapy is now a common treatment for inflammation, pain, muscle spasms and swelling. In the sports industry, overworked muscles and muscle fatigue are the root cause of these maladies. However, naturally, there is a difference between applying an ice pack to a bump and entering a cryogenic chamber for treatment. The latter is known as Whole Body Cryotherapy (WBC). 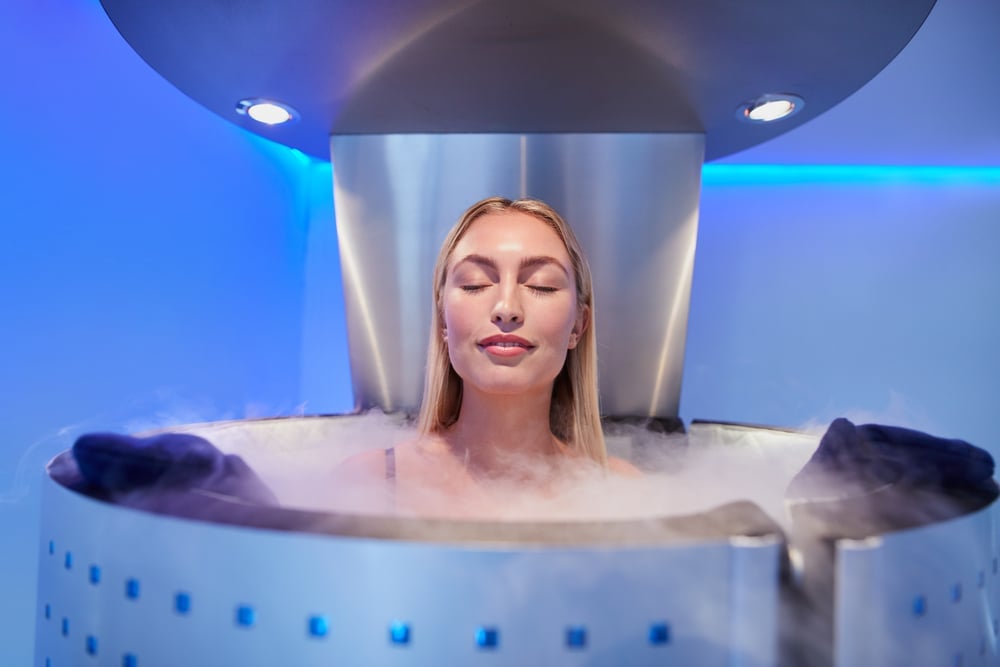 A woman in a cryosauna. (Photo Credit : Jacob Lund/Shutterstock)

All athletes are prescribed a simple protocol for treatment in a cryogenic chamber.

Why do people subject themselves to such torturous temperatures—100°C colder than Antarctica? Athletes use cryotherapy to enhance their muscle recovery, to treat inflammation and pain, and to maintain muscle and bone strength.

Did you know that the average football player runs 8-10 km per game? Such extensive exertion in the short span of a game, something every athlete faces, can take its toll on the body. Athletes tend to suffer more than their fair share of cramps, muscle strains, sprains, and fractures, not to mention the blows they take during harsh tackles and falls. 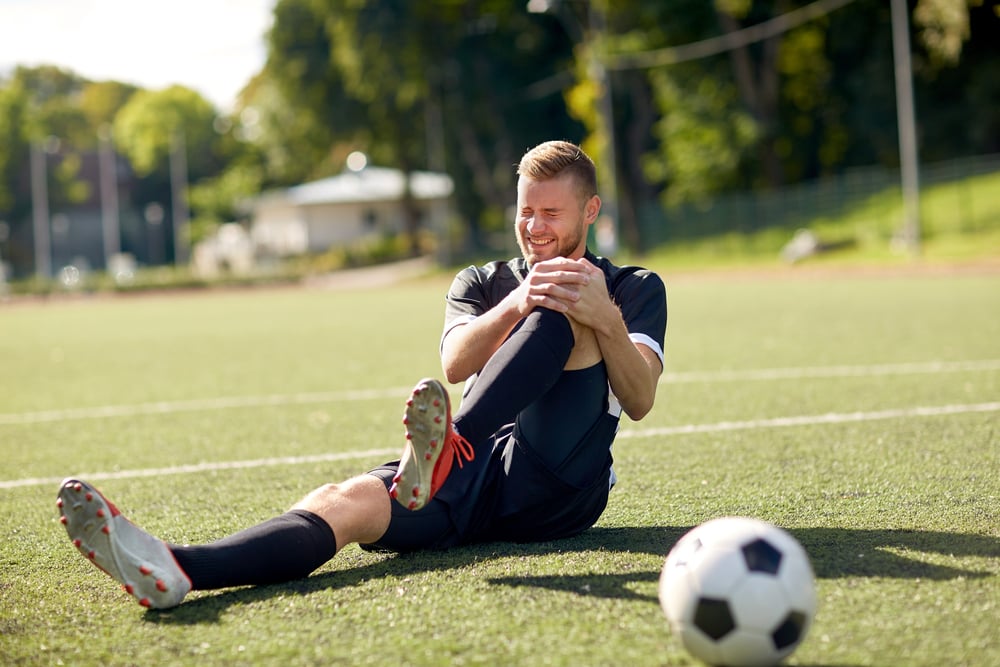 A footballer with an injured knee. (Photo Credit : Syda Productions/Shutterstock)

Intense exercise coupled with insufficient recovery time leads to muscle damage, loss of muscle function, and loss of muscle proteins. One important muscle protein is C-Reactive Protein. Sore muscles release the proteins that cause soreness in overworked muscles. The protein is also present in large quantities at the sites of inflammation. Whole body cryotherapy is an elegant solution to cope with the physical demands faced by sportspeople.

In one study, participants underwent whole body cryotherapy immediately after exercise. The results were promising. The participants demonstrated better muscle recovery and the inflammation process was weaker than in those who hadn’t received the treatment. Cryotherapy reduced the release of inflammatory cytokines, such as TNF-α (Tumor Necrosis Factor-alpha), IL-6 (Interleukin 6) and IL-1β. Another point to note is that at such low temperatures, nerve conduction slows down considerably, dulling the perception of pain (if any). 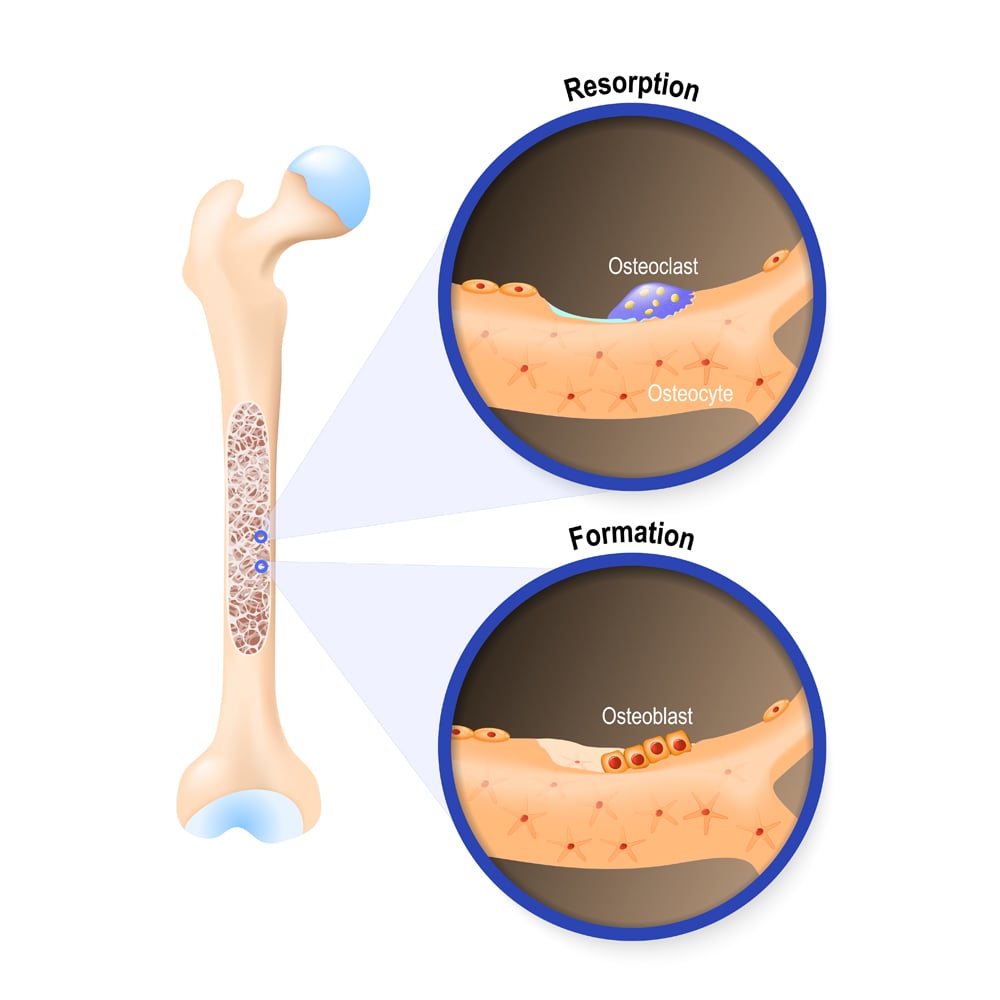 When our body suffers an injury, the blood vessels at the site of the injury can rupture and cause visible bruises. Damaged blood vessels translate into impaired blood flow to healthy cells and tissues near the site of an injury. As a result, these healthy cells don’t get their required amounts of blood and oxygen – a condition known as secondary hypoxia.

Along comes cryotherapy to the rescue. Applying cold to the site of an injury decreases the temperature of the nearby healthy cells, causing a decline in metabolic activity. With lower metabolic activity, these cells don’t need as much oxygen as they usually do, and can better cope with the restricted blood supply and oxygen-impaired environment. 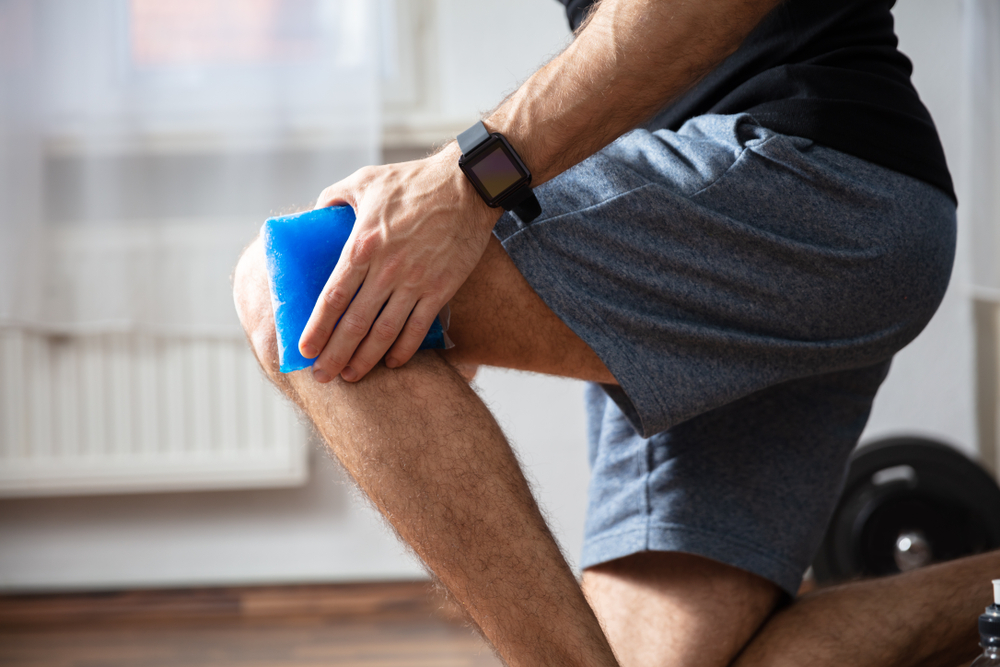 Cryotherapy is not only limited to physical injuries or to the sports industry. This ability of cryotherapy to slow down metabolic activities, hinder enzymatic pathways and decrease the responsiveness of cells is what makes it a good treatment method for rheumatoid arthritis. It can be used to treat such autoimmune diseases because of its ability to decrease cellular activity.

A positive aspect of cryotherapy is that it offers a non-invasive, drug-free, supplement-free and steroid-free option to heal and build muscle mass. It also reduces the need for testing and monitoring, as it has no known harmful side effects.

Sports clubs have observed a positive change in their players as a result of cryotherapy; they wouldn’t be investing in cryogenic chambers otherwise. Their players perform, train, and sleep better, as well as recover faster from injuries. About ten premier league teams have already invested in a cryotherapy chamber. You can watch a testimonial by the head physiotherapist of Leicester City F.C, Dave Rennie, here, where he talks about the impact of cryotherapy on the players. Professional basketball teams, such as the Denver Nuggets, have invested in cryotherapy sessions for their players too. After all, a club is only as good as its players’ performance!

In a few more years, cryotherapy could become a conventional method to improve sleep, skin, and blood circulation. There are already centers across the world for anyone who wants to try it out, for a price of about $60-100 a session.