Our intelligence as individuals is a critical component of our personalities, behaviors and paths in life, and from a young age, we are often told that being “smart” is better than being “dumb”. However, this simple binary doesn’t explain the whole story of human intelligence—not even close!

Think back to your school days, and the stress of sitting down to take a big social studies exam. You’ve been studying for weeks, reading through your notes, and skimming back over the textbook, trying to make sure not a single detail of recent world history is forgotten. 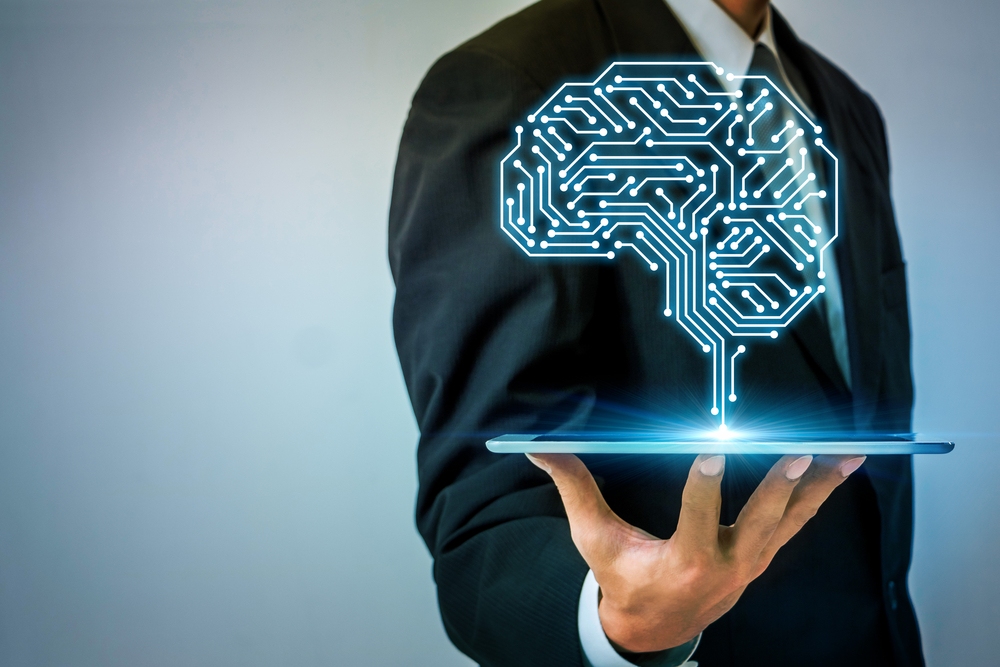 The facts and dates you are memorizing and solidifying in your brain fall under the classification of crystallized intelligence (Photo Credit : metamorworks/ Shutterstock)

The facts and dates you are memorizing and solidifying in your brain fall under the classification of crystallized intelligence. During your studies, you even designed a color-coded system for your flashcards that helps you determined what chapters covered in the exam are giving you the most trouble.

You had used flashcards before, but by color-coding the vocab words according to historical era, and then analyzing what colors showed up most often in the “incorrect” pile, you were able to design a more effective study system. The logic and reasoning you applied in this novel situation to design your flashcard system represents fluid intelligence. 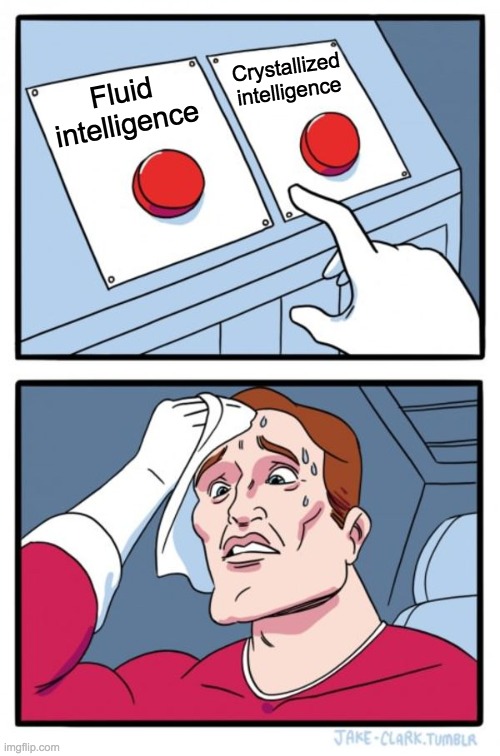 Back in the 1960s, Raymond B. Cattell first drew this distinction between the types, It is important to understand the difference between these two types of intelligence, the roles they play in life, and their interaction patterns with one another, which is what we hope to achieve in this article!

What is Crystallized Intelligence?

Crystallized intelligence is what most people would think of as “traditional” intelligence. In short, crystallized intelligence represents the “stuff” you know—how to perform mathematical operations, the capitals of countries around the world, the recent stats of your favorite sports team, the route to every one of your friends’ houses, or the complex details of a given social or scientific subject.

If we were to “quantify” intelligence, these are the pieces of information, found in your long-term memory, that could be measured in that way.

The exams and quizzes taken in our younger years are often based on the retention, retrieval and regurgitation of such crystallized intelligence.

This type of intelligence is based on prior learning and experience. When you are carefully reading an article, taking notes during a fascinating lecture, or listening to a podcast about a new subject, you are taking in new information, some of which your brain will store in its long-term memory banks so you can find and refer back to it later. In a sense, crystallized intelligence is the catalogue of knowledge in your head, as well as the ability to “use” it. In most cases, simply remembering the information accurately is the extent of this “use”, i.e., you can fix your bike because you have fixed the same problem multiple times before. 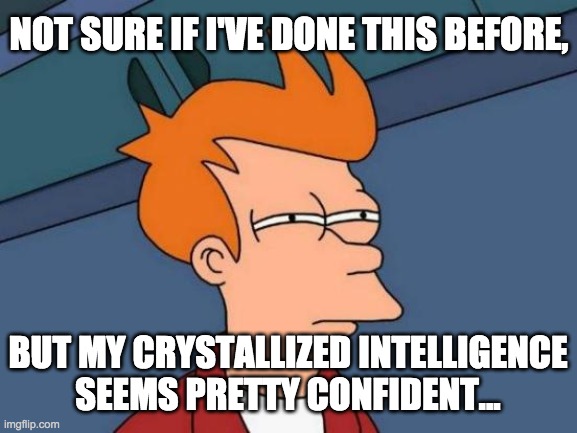 Crystallized intelligence is based on knowledge acquired in the past, which is typically broken down into three types: factual, episodic and procedural knowledge. A full examination of these knowledge types goes beyond the scope of this article, but a quick review may be helpful.

Factual knowledge is exemplified in dates, facts, pieces of trivia, vocabulary, and other types of knowledge that can be easily transferred and stored. Episodic knowledge consists of your memories, or recollections of events that happened from your first-person perspective. Finally, procedural knowledge is casually defined as “know-how”, the ability to perform certain tasks based on experience, i.e., driving a car, navigating a city, tying a sailor’s knot, or fixing a bike. All of these types of knowledge can be accessed from your long-term memory, where it is crystallized and (somewhat) permanent.

What is Fluid Intelligence?

Unlike crystallized intelligence, fluid intelligence is much more difficult to quantify, as it represents one’s ability to use logic and reasoning in unique and original ways to solve problems. In such a situation, you won’t necessarily rely on previous knowledge, data or facts to address the situation in front of you. Rather than the ability to identify and retrieve specific pieces of information, fluid intelligence means being able to keep track of numerous things at once, and manipulate large amounts of information easily.

Imagine that you are faced with four rows of black-and-white symbols in different patterns. The last space in the fourth row of symbols is missing and you are asked to supply the final shape.

This is a common type of question found on an IQ test. In such a situation, you cannot apply “prior knowledge”, as there are no facts or figures to work with, simply the logical progression of anonymous shapes following an indeterminate pattern. To solve these types of problems—without a clear directive or standard path to solving them—one must use induction, pattern recognition, imagination, abstract thinking, and critical analysis to reach the correct answer. 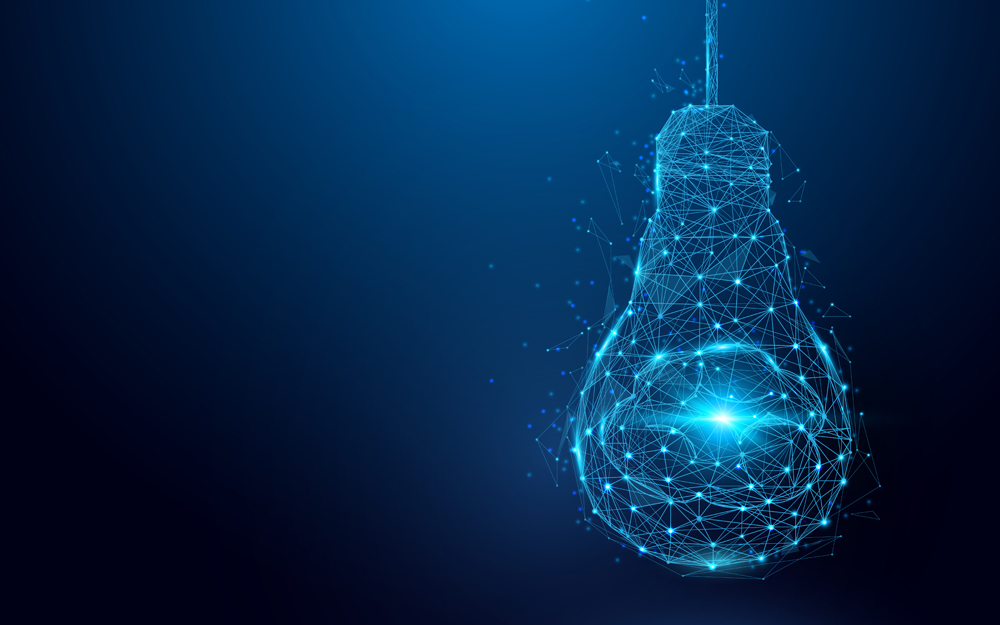 “Working memory” is also closely linked to fluid intelligence, as this is your ability to hold and manipulate information in your mind for a brief period of time, while you’re “working” with it. Being able to juggle multiple pieces of information simultaneously, and determine the connections between them, is a core aspect of fluid intelligence.

Fluid intelligence requires people to infer relationships and determine patterns—a broadly applicable skill that is relevant to almost all cognitive tasks and demands. For this reason, some people consider fluid intelligence as the fundamental metric of cognitive ability, rather than a mere subset of general intelligence.

Unlike the relatively simple retrieval process for crystallized intelligence, this type of intelligence generates brain activity in the dorsolateral prefrontal cortex and the anterior cingulate cortex, which are associated with short-term memory and attention. This makes sense, given the close link of fluid intelligence to working memory—a type of short-term memory.

Do These Types of Intelligence Work Together?

We have thus far given specific examples of these two types of intelligence, and what makes them different from one another. However, this is not to say that fluid intelligence and crystallized intelligence do not work together in countless ways. When applying fluid intelligence to an abstract problem, it is not unusual to bring in previously acquired knowledge to inform one’s choices. For example, if you are trying to redesign a large office space to be more productive and communal, there are no “right” answers, but a combination of both types of intelligence are required.

For example, knowing each person’s job, the size of each team, the general flow of projects within the space, and hierarchical relationships… all of these are form of crystallized knowledge that will help with the redesign. Simultaneously, applying logic to spatial efficiency and reasoning to relationship dynamics, while also imagining a business flow and inferring potential negative outcomes… these are all examples of fluid intelligence that are similarly essential! 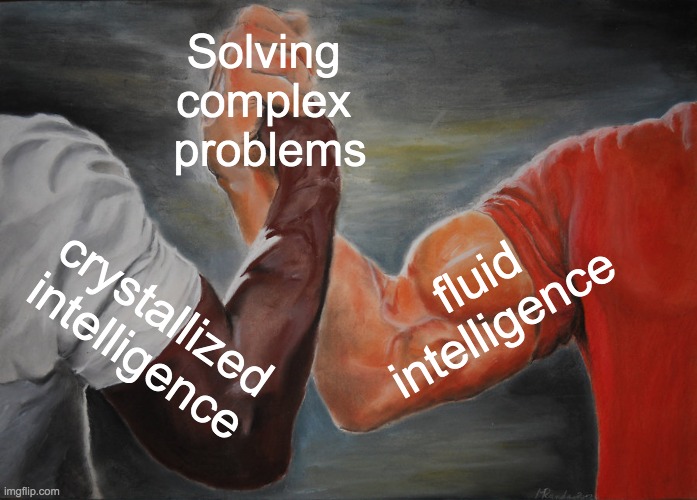 When we look into the brain, studies still remain inconclusive about which regions of the brain contribute to intelligence. Neuroanatomical studies have pin-pointed several regions, particularly those in the frontal and parietal  lobe, and notably, the hippocampus (which is often linked with long-term memory and spatial memory). But the evidence suggests that these multiple brain regions work together to result in what we’ve termed ‘intelligence’.

Can We Change Our Intelligence Levels?

As children, everything that we experience is an opportunity to learn and increase our intelligence. We begin demonstrating fluid intelligence early through problem-solving, just as we begin establishing crystallized knowledge early, such as how to open a drawer, tie our shoes or count to 10. Both types of intelligence are clearly present in our younger years, but they peak at distinctly different times.

Fluid intelligence, on the other hand, plateaus much earlier in life, typically peaking at around the age of 30 or 40, and often declining as early as our 20s. This is not to say that older individuals are unable to solve problems, apply logic or use reasoning to work through unique obstacles, but it becomes harder or less “natural” to apply such knowledge. Additionally, older people also have a larger breadth of crystallized knowledge and experience, which is often enough to compensate for drop-offs in fluid intelligence.

Fortunately, it is possible to protect and improve both our fluid and crystallized intelligence, though the approaches are somewhat different. Improving crystallized intelligence consists of increasing the amount of established knowledge and experiential knowledge that you have. Quite simply, studying new subjects, reading more books, and conversing with others can increase the amount of knowledge that you have.

Fluid intelligence, on the other hand, is a bit harder to practice, and requires stepping further from your comfort zone. Placing yourself in situations where fluid intelligence is required may mean learning how to play a new instrument, studying a new language, or even pouring yourself into abstract fields, such as social justice or art, areas where there are no “right” answers, only different strategies, patterns and opportunities for your mind to play with and manipulate. Put your working memory to the test as often as possible, and you’ll find that, just like a muscle, it gets stronger over time.

Discussions of intelligence can be confusing and intimidating, particularly if you don’t consider yourself to be all that “smart”, but it is important to understand the multiple facets of intelligence so you can better identify, improve and apply them for yourself!