The Emu War, also referred to as the Great Emu War, was fought between humans and emus in Australia in 1932. It was an attempt to curb the number of emus that were running amok and damaging crops in the Campion district of western Australia. The ‘war’ was unsuccessful in bringing down the emu population, which is why it’s considered a rare war where humans were defeated.

It all started after World War I came to an end.

Australian soldiers returning from the war had to resume their ‘normal’ lives once again. Most of the Australian soldiers that participated in the war were commoners, such as farmers or shepherds, as well as other men who had led pretty basic lives prior to the war. 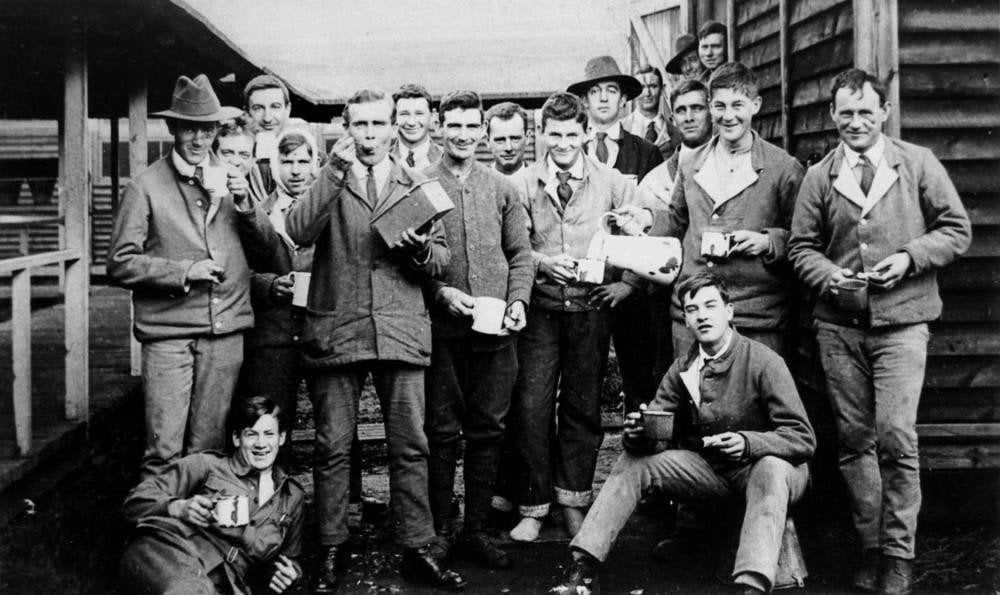 After the war culminated and these Australian soldiers returned home, their government struggled to find things that their veterans could do. One thing the government did in those circumstances was roll out a ‘soldier settlement scheme’ across all states, wherein nearly 5,030 ex-soldiers were provided plots of land, which they had to use to cultivate wheat and raise sheep.

Many soldiers were allocated lands in some pretty marginal areas of Perth (Western Australia), and the lands were barely usable. Needless to say, the veterans were not very happy.

To make matters worse, the Great Depression hit in 1929, which triggered a drastic downfall in wheat prices. In a bid to pacify hard-pressed veterans, the government promised wheat subsidies, but those aid packages never saw the light of the day.

Just when veterans thought the situation couldn’t get any worse, they were proven wrong, thanks to a particular beast of the wild – the emu.

Emus are very big, flightless birds primarily found in Australia. With heights that average no less than 5.7 feet (1.75 meters), emus are the second-largest living birds. They have long necks and legs, but very short wings (less than 8 inches). 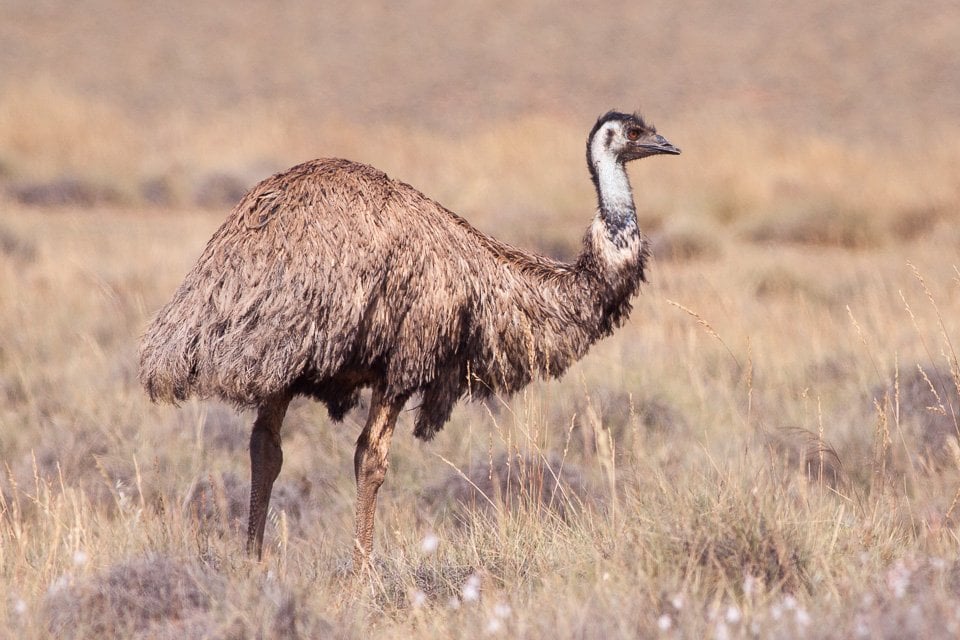 Up until 1922, emus were a protected native species in Australia, but then things changed.

Emus started to wreak havoc on crops; they came in huge numbers and ate standing crops down to the stub, thereby ravaging farmers’ crops and destroying their livelihood. By late 1932, around 20,000 emus had migrated to the newly cultivated lands, as resources in those areas were plentiful.

Needless to say, this was a nuisance that farmers couldn’t just ignore. At first, the farmers, who were ex-military, started shooting emus, since they were trained riflemen.

Yet even after felling hundreds of those mighty birds, they couldn’t really put a dent in the ever-growing numbers. It was then that they turned to the government for aid and requested the support of the Australian military. The Military vs. the Emus

The ‘war’ against emus was commanded by Major G.P.W. Meredith of the Seventh Heavy Battery of the Royal Australian Artillery. Armed with 10,000 rounds of ammunition and 2 Lewis guns, a small contingent headed to the district of Campion to gun down a bunch of emus. Image 3: Lewis machine gun The Lewis machine gun is a light machine gun that was widely used in the first world war. The same gun was used against emus in Australia, more than a decade later. Photo Credit : Fallschirmjägergewehr 42 / Wikimedia Commons)

Armed troops moved behind the birds in tight combat formation, but the birds responded to this strategic assault by scattering themselves in all directions to minimize their casualties. 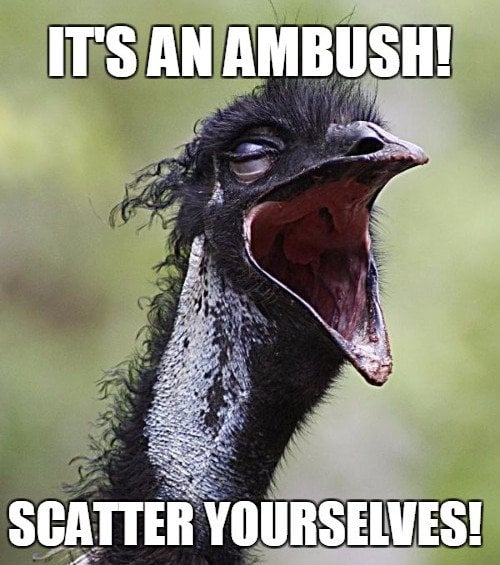 A couple days later, around 1,000 emus were spotted in a particular area. Again, soldiers opened fire, but this time from point-blank range. They felled around 10-12 emus before their machine guns jammed in the rainy weather, giving a perfect window of opportunity for the remaining emus to escape. That’s exactly what they did, fleeing safely out of the range of soldiers’ guns. A clipping from an old edition of a newspaper. (Photo Credit : National Library of Australia)

This was the first attempt by the military to cull the numbers of emus in the region. The abject failure of the military contingent to accomplish its objective (killing thousands of emus), combined with a lot of negative media coverage, prompted the government to pull out the military from the affected regions. Thus, in the first battle, emus emerged victorious.

Emus struck again, and so did the military…

A second military attempt to cull the emu numbers was made on November 13, 1932. While this assault provided better results (i.e., they killed more emus this time), it was still far from a successful operation, from a logistical standpoint.

Reportedly, it took no less than 10 bullets to bring down a single emu, so the government decided it wasn’t worth it. Major Meredith was recalled, and the emus won… again! 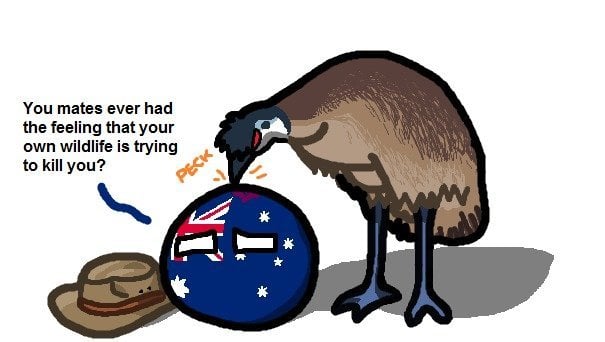 That being said, their numbers did drop drastically over the next 6 months, as the government provided locals with ammunition to tackle the situation themselves (which they did with great success). Even so, emus really made a place for themselves in the hearts of many people for their striking maneuverability (even when wounded), tactical intelligence and sheer bravery.

Major Meredith, the Australian commander in the Emu War, went on record to say this about his valiant ‘opponents’:

If we had a military division with the bullet-carrying capacity of these birds, it would face any army in the world… They can face machine guns with the invulnerability of tanks. They are like Zulus whom even dum-dum bullets (the ones that expand upon impact) could not stop.