The Spiral of Silence Theory states that we are more likely to remain silent about our opinion if we believe that the perceived majority opinion is different than ours.

Once upon a time, there was an emperor who was approached by two weavers, claiming to have made one of the most exquisite pieces of clothing for the emperor. There was a catch—these clothes would only be visible to smart people. In reality, however, they had made no clothes at all. Nonetheless, no one in the emperor’s court dared to say anything, despite not being able to see any clothes on the emperor’s body. Some people even praised the quality and design of the clothes, saying that they fit the emperor perfectly! 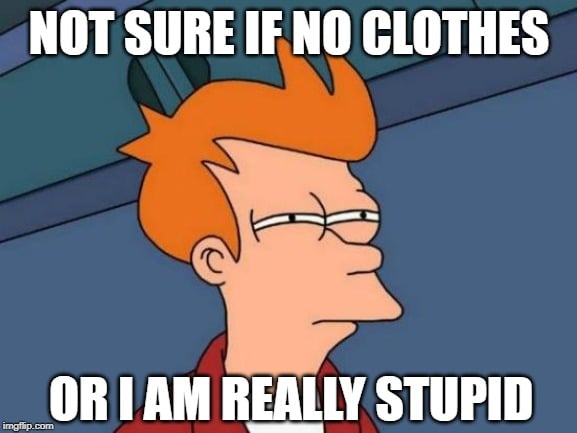 This famous fable written by the Danish author Hans Christian Andersen is thought provoking, to say the least. Why didn’t anyone say anything in the face of such obvious humiliation to their emperor?

If we take a walk back through history, we see countless examples of this. Why did millions of civilized Germans become complicit in mass murderer? Why did Americans who had been against the involvement of the US military in the Persian Gulf War suddenly change their minds? Why do we sometimes do things that are otherwise unthinkable to us?

The answer to these questions lies in the Spiral of Silence Theory.

What Is The Spiral Of Silence?

Elisabeth Noelle-Neumann, a German political scientist, proposed the Spiral of Silence theory, which has since proven to be one of the most extensively researched theories in the field of communication psychology.

The Spiral of Silence theory states that we are more willing to communicate our ideas to others if we believe that most people in the group hold the same view, that is, if we believe that our opinion is in line with the perceived majority opinion. On the other hand, if we think that our opinion is different from the perceived majority opinion, we are more likely to remain silent about what we think.

Why Do We Conform? Fear Of Isolation and the Quasi-Statistical Organ

Noelle-Neumann believes that all of us fear being isolated. We want to feel accepted and respected by others, which makes us agree with other people, at least on the outside.

We have a sixth sense, which Noelle-Neumann called the quasi-statistical organ, that helps us scour the environment and gauge the ‘climate of opinion’. It helps us understand what other people are thinking and, thereby, provides an idea of the prevailing dominant opinion. Although our perception of the majority view may or may not be true, it alters our own opinions and behaviors so we at least appear to share the majority view and ‘fit in’. In the end, all we want to do is avoid being isolated for not having the “right” opinion. 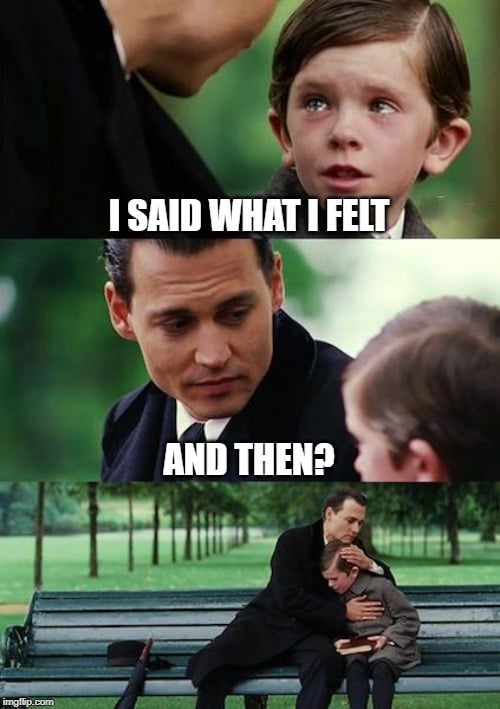 Therefore, the greater the gap between our own opinion and the perceived majority opinion, the smaller the chance that we will express our opinion.

As more and more people speak out in favor of the perceived majority opinion, it gathers momentum, making it look bigger than it actually is, thus further discouraging our divergent opinions. We see that our opinion is not being voiced publicly by anyone else, so we lose whatever little motivation we might have had to express it.

The number of people with divergent opinions speaking up gradually spirals down; eventually, the only people expressing their opinions are the ones in agreement with the perceived majority opinion.

The Spiral Of Silence Model 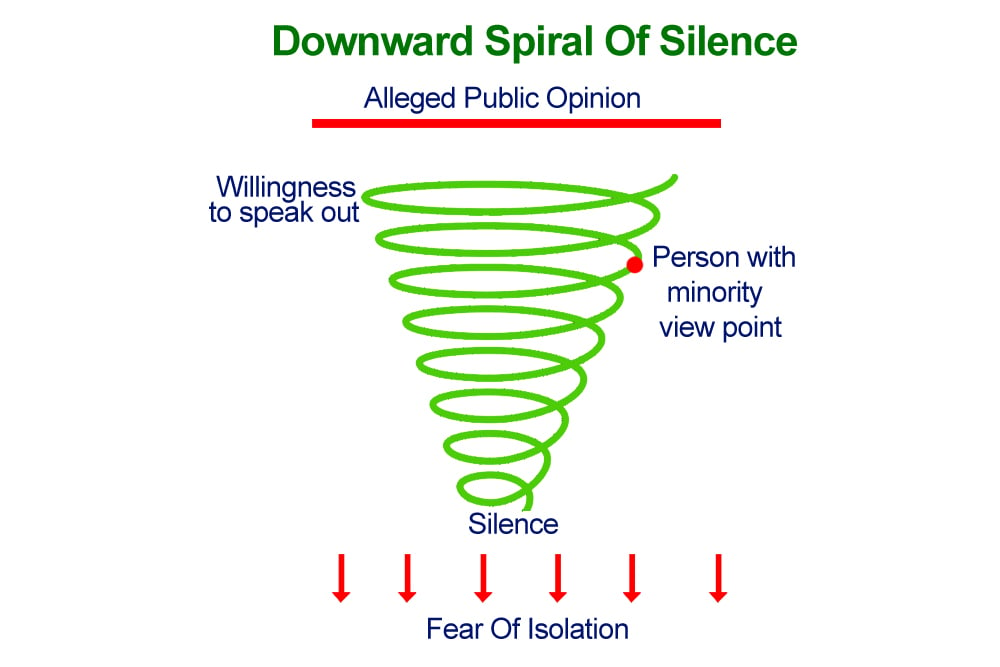 The downward Spiral of Silence model shows the decreasing willingness of a person to express his divergent views in the presence of a fear of isolation.

A person with a minority opinion starts at the wider end of the willingness-to-speak spiral, but slowly drifts downwards due to his fear of isolation, eventually leading to silence. On a broader level, this spiral can be used to denote the number of people willing to express their divergent views, which finally reduces to zero.

Why Is This Bad?

Isolation, which lies at the root of the Spiral of Silence, is dangerous in and of itself. Experiments by two social psychologists, Asch and Milgram, have shown shocking results concerning the effect of a fear of isolation on individuals. They have found that people will conform to a blatantly wrong answer if they knew that most other people have chosen that answer. A person’s need to avoid being isolated takes precedence over their own judgment (Source).

Isolation is a weapon used by society to punish people who refuse to conform. 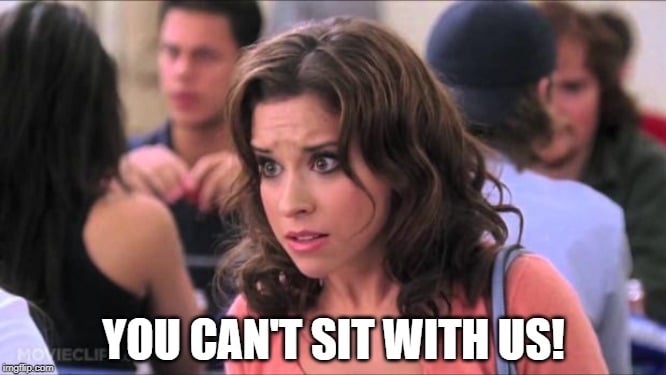 Forms of social isolation that are especially disturbing are ijime of Japan and wangtta of Korea. These are extreme forms of bullying inflicted on an unpopular individual by the majority group, a problem that is particularly seen in schools (Source).

From dominant opinion to social norm

Coming back to the spiral, an important question that we must ask is—Was the majority opinion really the one that most people agreed with? When the Spiral of Silence is at work, the opinion that gains traction and looks like the majority opinion may not actually be the predominant one. Our fears and the inability to speak out about our views make a minority opinion look like a majority opinion, which, on a wider level, proceeds to become a social norm.

This is unhealthy, in general, but it becomes very detrimental in cases where important decisions must be made. For example, in a business organization, employees might fear to express their displeasure with certain decisions made by top management, leading the top management to mistake their silence for approval.

The Spiral of Silence theory can also get quite violent. We all know how a minority political party once gained absolute control over a society and led to its destruction, mainly because a large chunk of the population was reluctant to express its dissent. Yes, I’m talking about Nazi Germany, where most Germans failed to speak up against the horrific decisions that eventually led to genocide and war.

This begs the question—how do millions of people side with such barbarity? The answer lies in two words: Mass Media.

How Does Mass Media Feed The Spiral?

The influence that mass media has on our minds is no secret; almost everything that we know comes from the information we consume through media. It can be called the ‘window’ through which we see the world, and it teaches us how we must feel about the complex and disorganized picture that we see. In the context of the Spiral of Silence, mass media molds our perception, and thus our climate of opinion, by feeding us propaganda. Moreover, it uses words like ‘most’ and ‘lots’ in order to dictate our perception of the majority opinion. 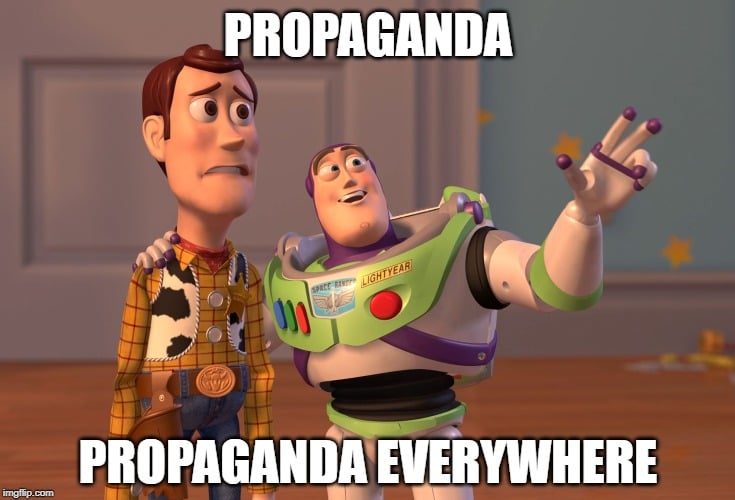 Hitler established the Ministry of Propaganda in Nazi Germany, which worked to plant hatred towards Jews in the minds of people. He used radio propaganda, posters, films and cartoons to attack the Jewish community and instill fear in the minds of Germans. He promised to solve each and every problem that Germans faced, from the Treaty of Versailles and other losses from World War I all the way to eradicating Jews, who were falsely portrayed to be harmful to German society.

He targeted specific groups, directing his energies towards large masses of uneducated, poverty-stricken Germans who were the most affected by war and would buy into his logic without much resistance. His aim was to capture the support of the largest possible number of people in a bid to manipulate public opinion.

At the core of the explanation as to why Germans participated or tolerated the Holocaust is a deep-rooted hatred towards Jews. However, the role played by their need to fit in cannot be ignored. Germans found themselves under immense psychological pressure to conform to the state and agree with the rapidly increasing number of conformists around them (Source). 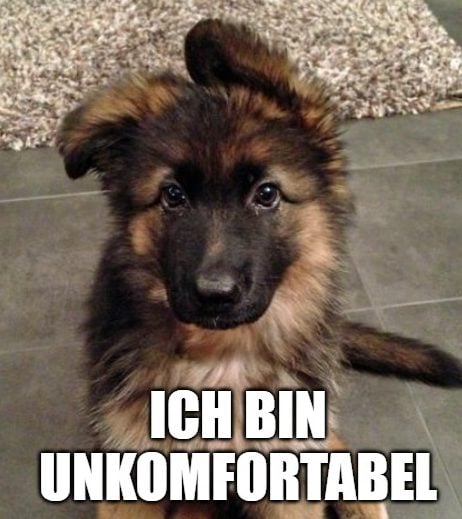 Manifestation of Spiral of Silence During the Persian Gulf War

The political effect of the Spiral of Silence was also seen during the Persian Gulf War. In 1991, when America found itself in the middle of an armed clash between Saddam Hussain’s Iraq and its neighbor, Kuwait, many Americans initially wanted to avoid the war and were therefore unhappy with the involvement of the US military. However, very soon, there was a rapid shift in the opinions of people towards supporting the use of force by the US military.

The explanation for this shift lies in the Spiral of Silence theory and the role of mass media in furthering it. Restricted media coverage of the issue was ensured, showing continuous live coverage of the war and a limited display of alternate views. Even when unhappy Americans took to the streets to protest, the media chose not to cover it, thereby curbing the effect of dissent and reducing the chance of opposing Americans meeting more people like them. The media also promoted patriotism in a way that painted any opposition as negative (Source).

Wherever we are and whatever we do, we encounter this spiral and are affected by it more often than we know. However, the Spiral of Silence, although difficult to escape from, is not unbreakable. After all, we only need a child, like the one at the climax of Andersen’s fable, to stand up and say: “But the emperor hasn’t got anything on!”

How well did you understand the Spiral of Silence?